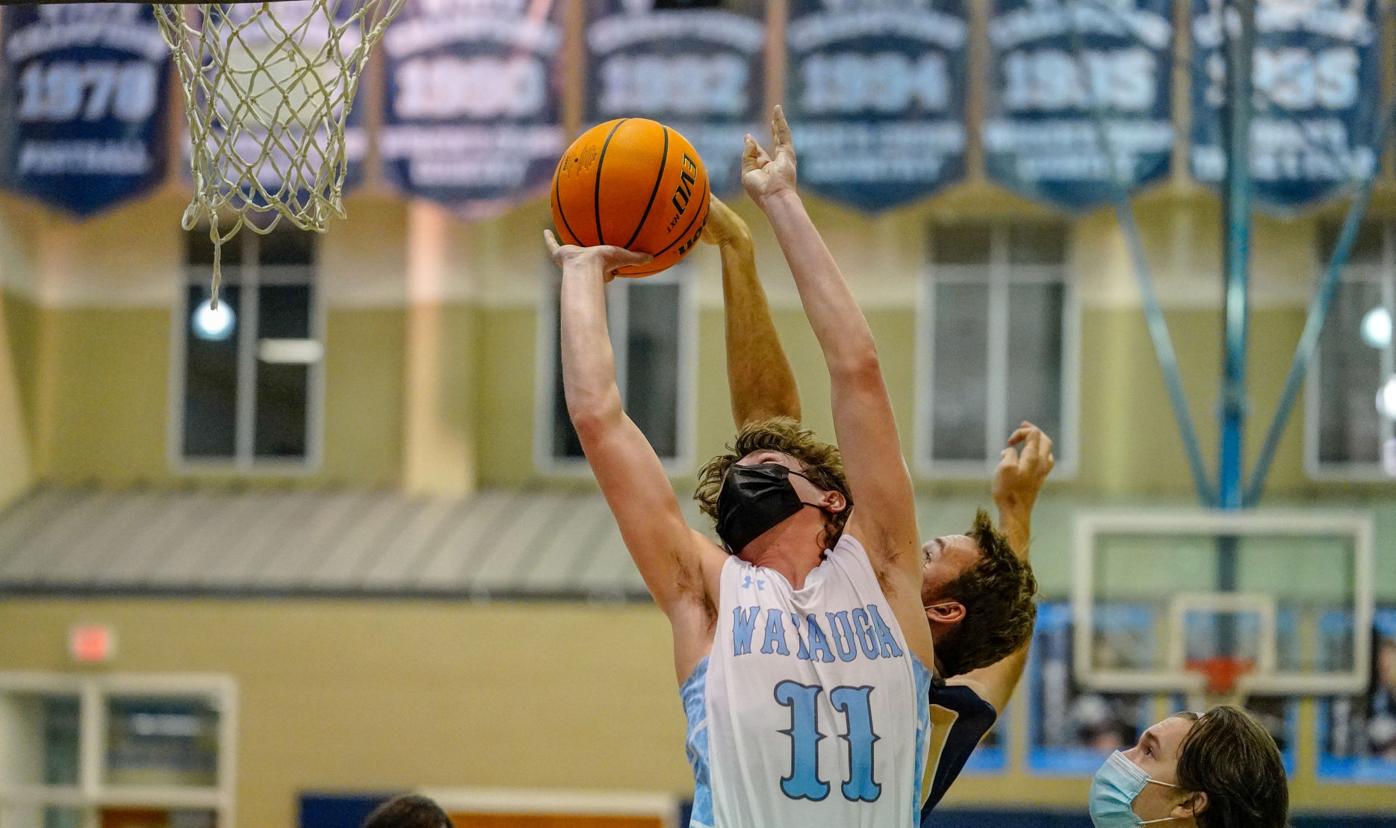 Micah Turbett goes up from close range in Watauga’s 57-43 loss to Alexander Central at Lentz Eggers Gym on Jan. 11. 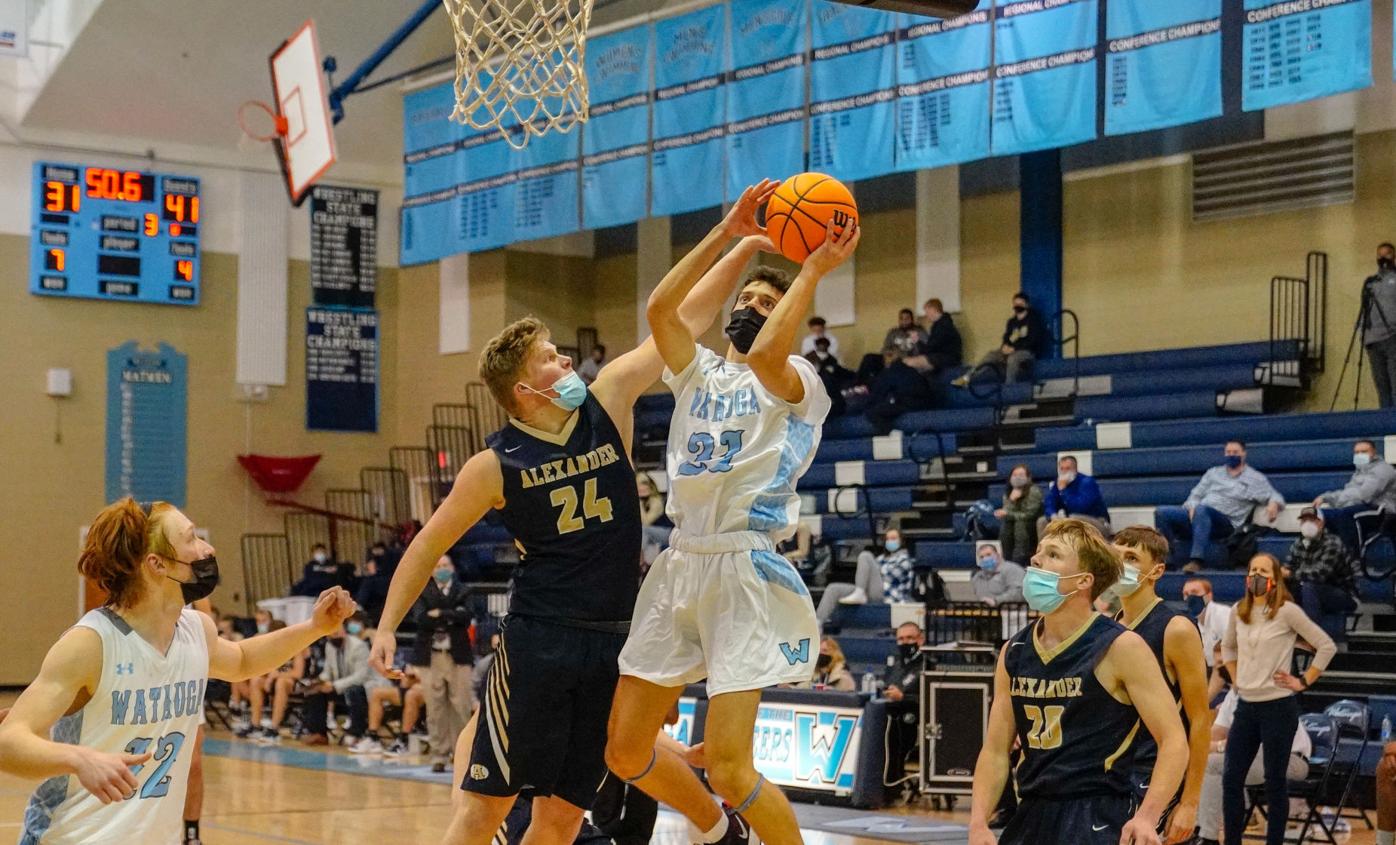 Grant Morrison (21) has eyes only for the basket in the Pioneers’ 57-43 loss to the Cougars of ACHS on Jan. 11 at Lentz Eggers Gym 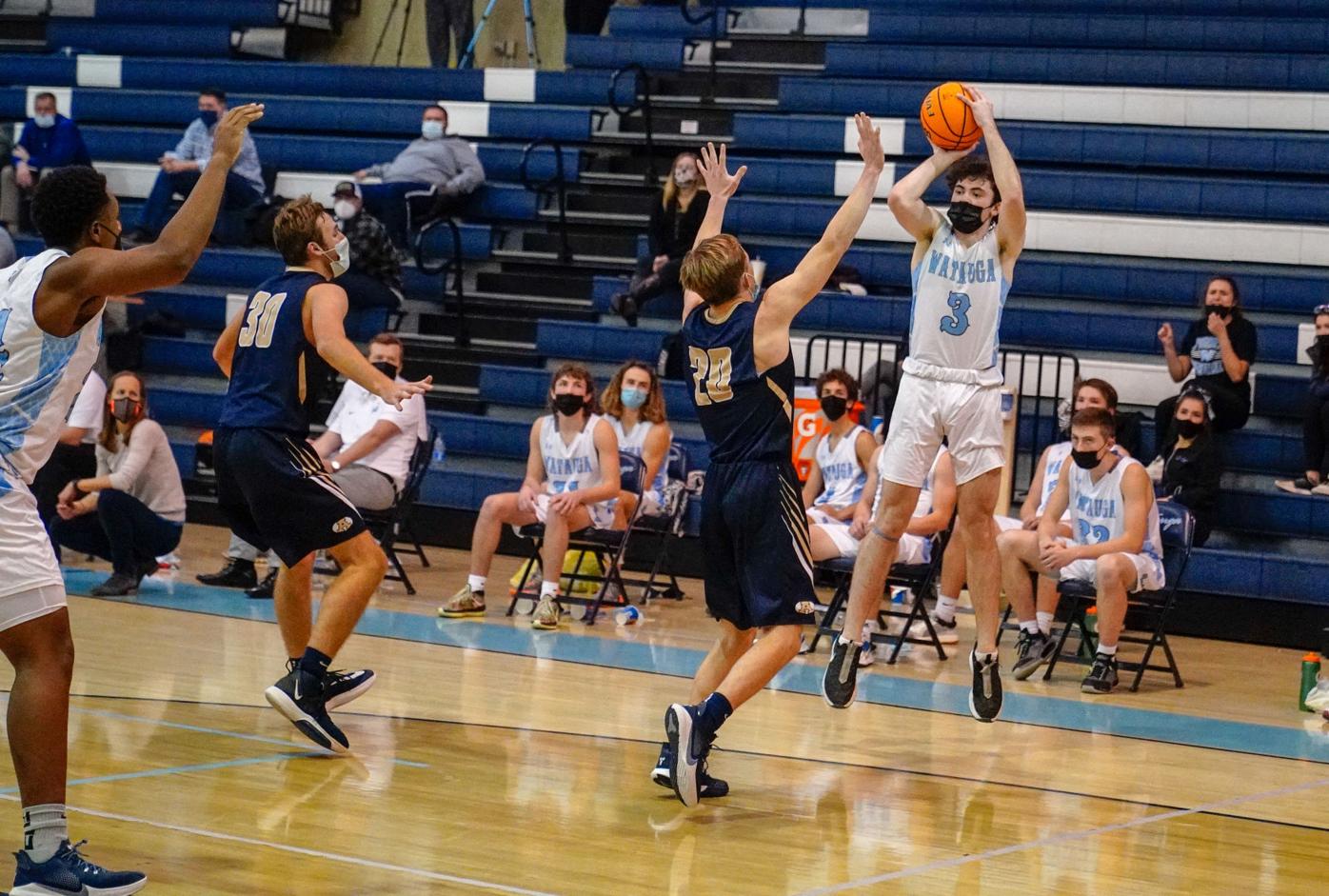 Ben Hale (3) jumps from beyond the arc to make one of his three 3-pointers in Watauga’s 57-43 defeat at the hands of Alexander Central at Lentz Eggers Gym, Jan. 11.

BOONE — A hot shooting Alexander Central boys’ basketball team proved too much for Watauga to overcome on Jan. 11 at Lentz Eggers Gym. The visiting Cougars prevailed in the weather-delayed and rescheduled contest, 57-43.

ACHS used a 16-9 advantage in the fourth quarter to pull away from the Pioneers, who kept it close through the first three periods. Unfortunately, Watauga’s 15 turnovers led to 20 Alexander Central points and the Cougars seemed to control the paint.

Evan Presnell led the way for ACHS, pouring in a game-high 22 points to go with four rebounds and four assists. His offensive production included hitting on 4-of-8 attempts from beyond the 3-point arc, while his defensive effort produced a game-high four steals.

Watauga got double figure scoring from Bennett Ricker, who came off the bench to record a team-high 14 points on the night, and Ben Hale, who pulled down four rebounds while scoring 11 points. Hale hit 3-of-7 from beyond the arc.