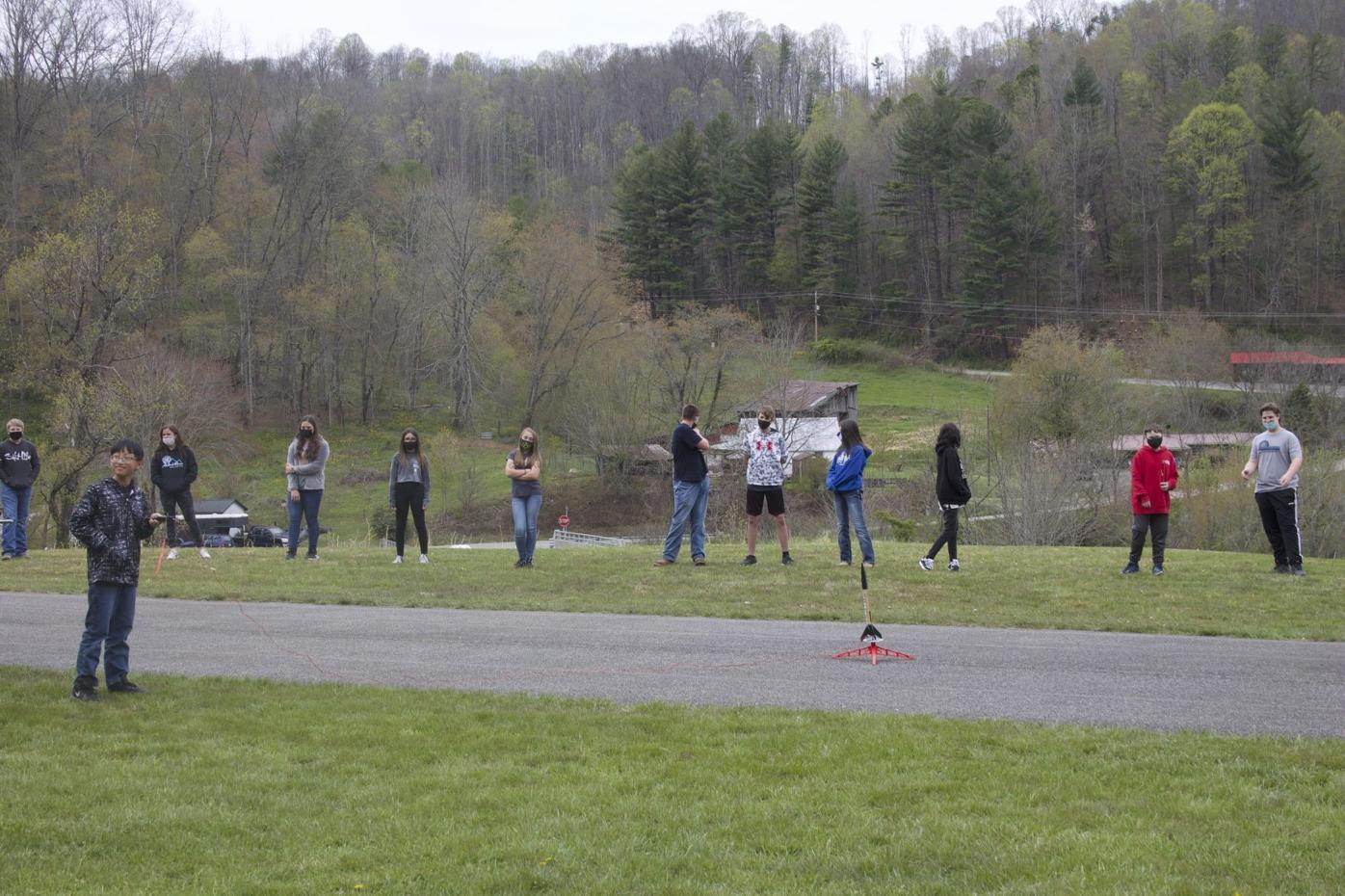 Ashe County Middle School student Nian Hughes prepares to launch a model rocket for his classmates on the school’s campus following a Q&A session with SpaceX astronauts on April 23. 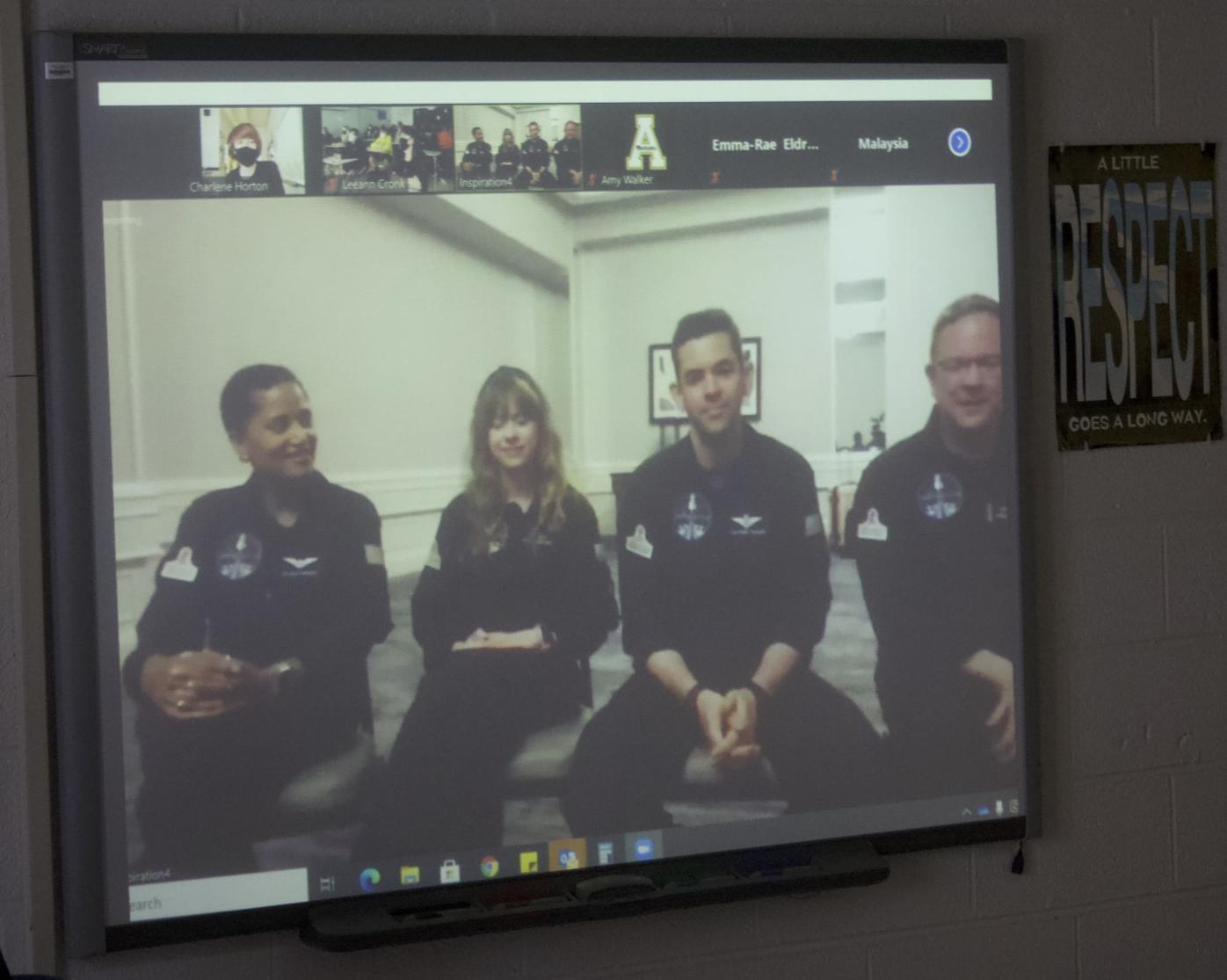 The all-civilian crew of SpaceX’s Inspiration 4 engages with students at Ashe County Middle School. The four-person team is made up of Sian Proctor, Hayley Arceneaux, Jared Isaacman and Chris Sembroski. 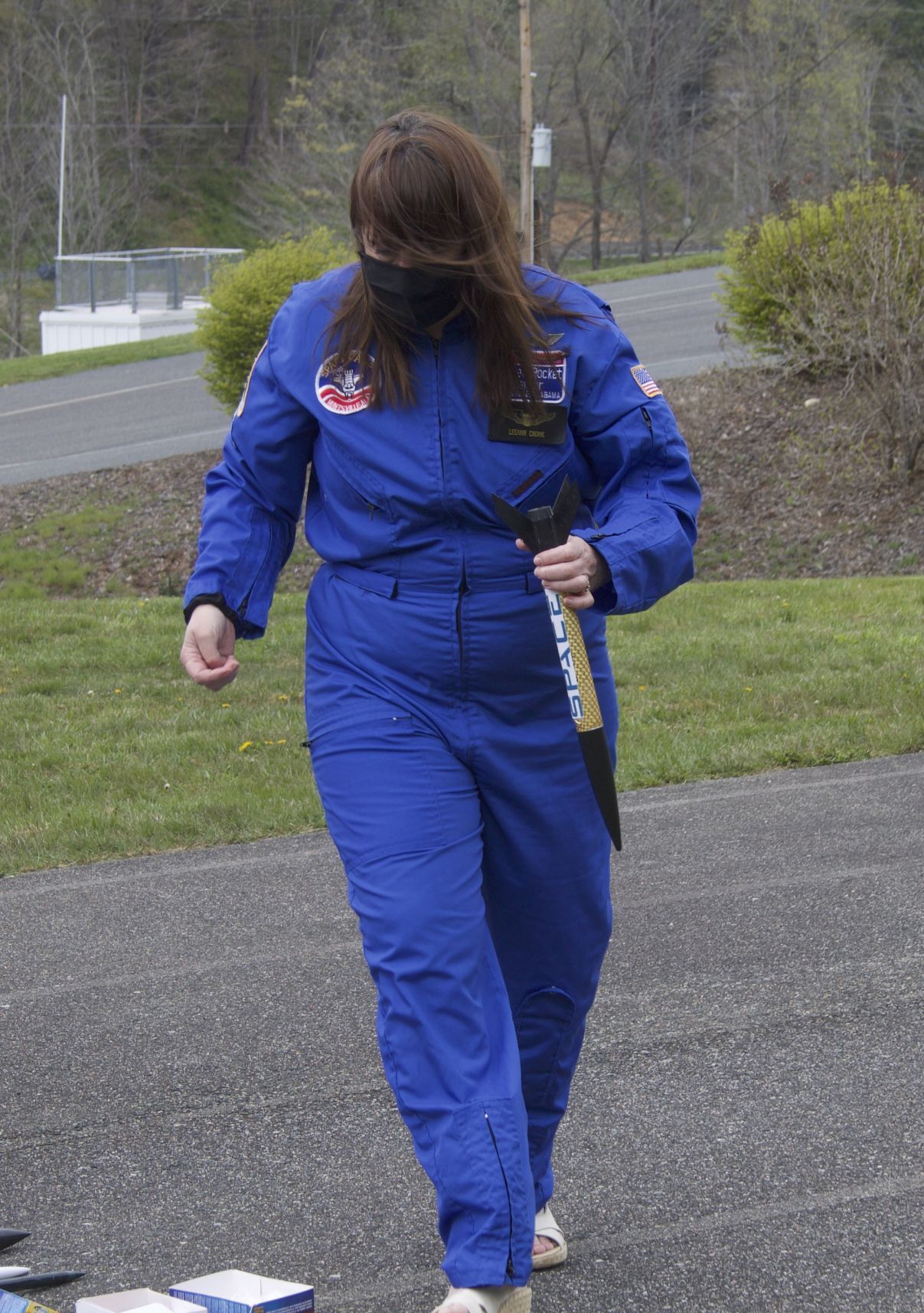 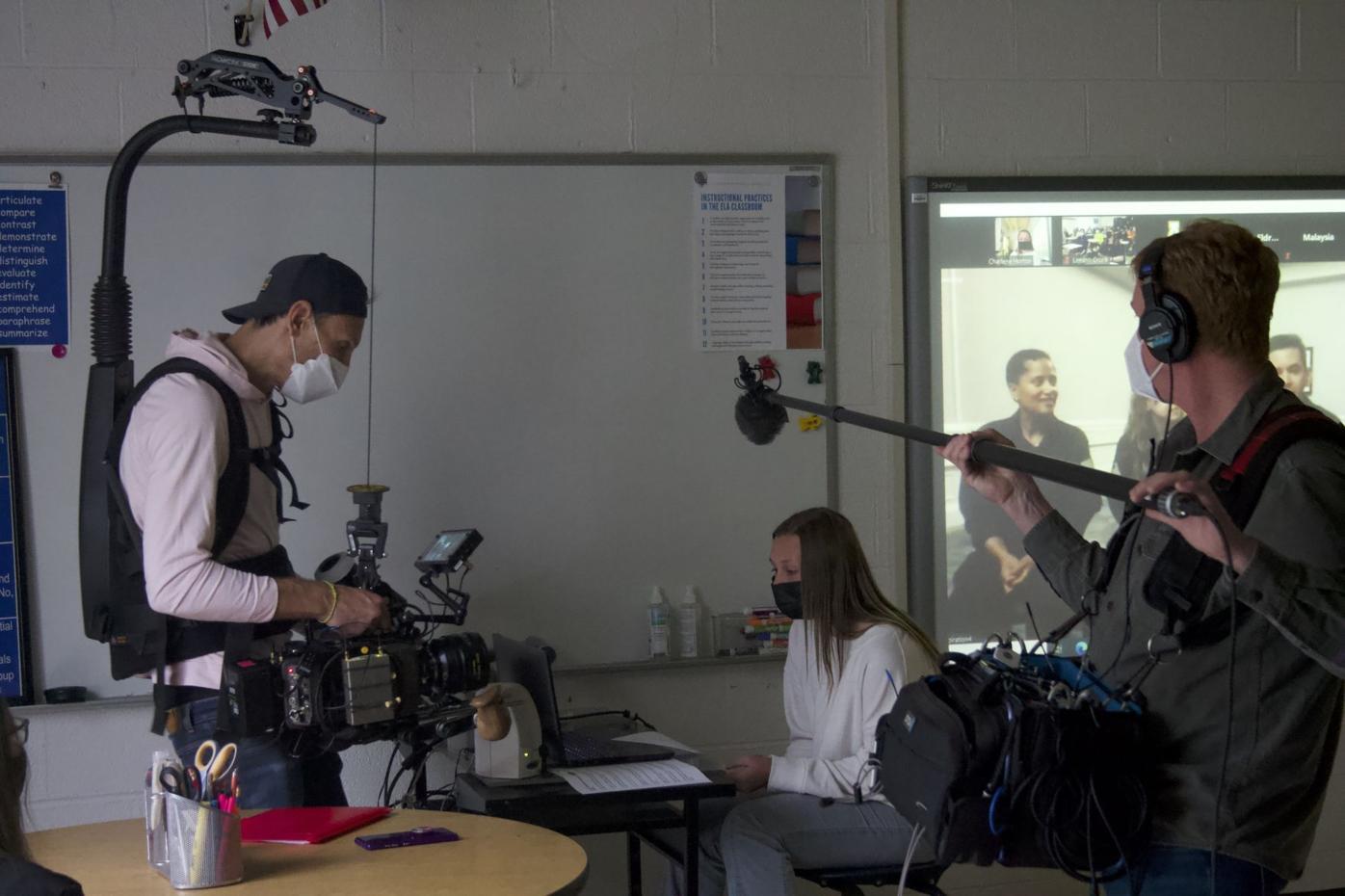 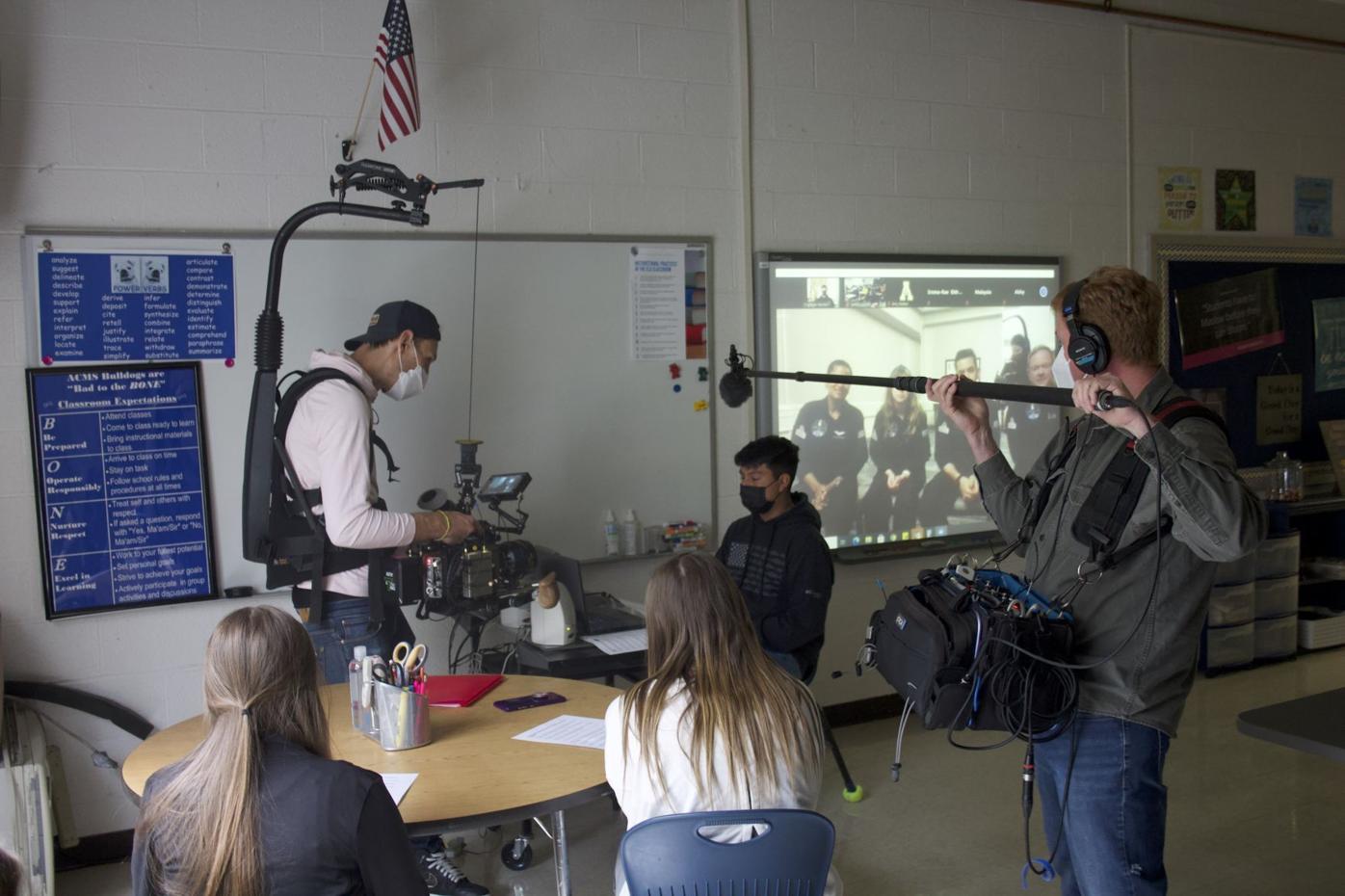 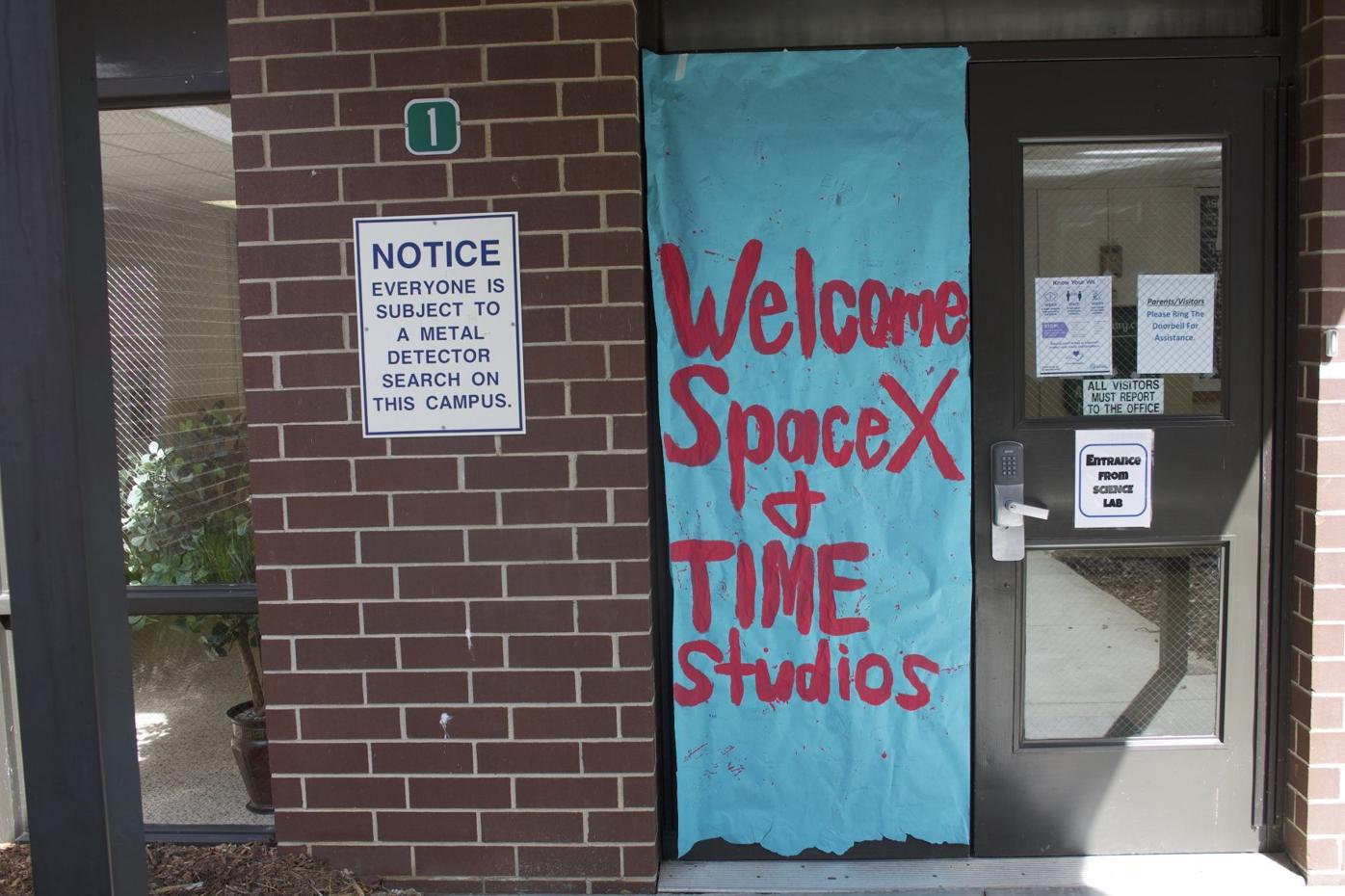 A sign outside of Ashe County Middle School greets the SpaceX and Time Studios film crew on April 23. 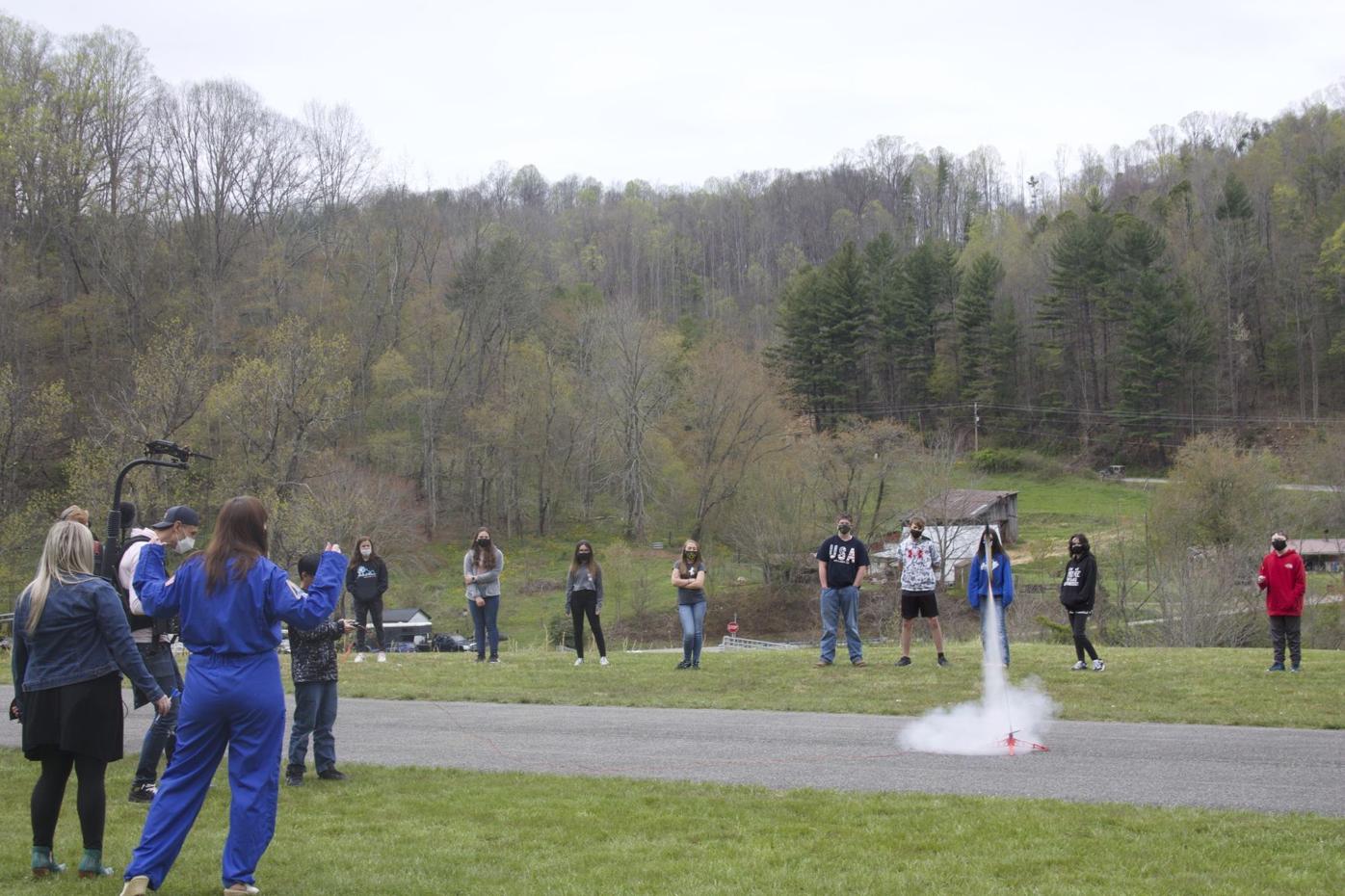 A crowd of Ashe County Middle School students and staff watch as a model rocket takes flight on the schools campus. 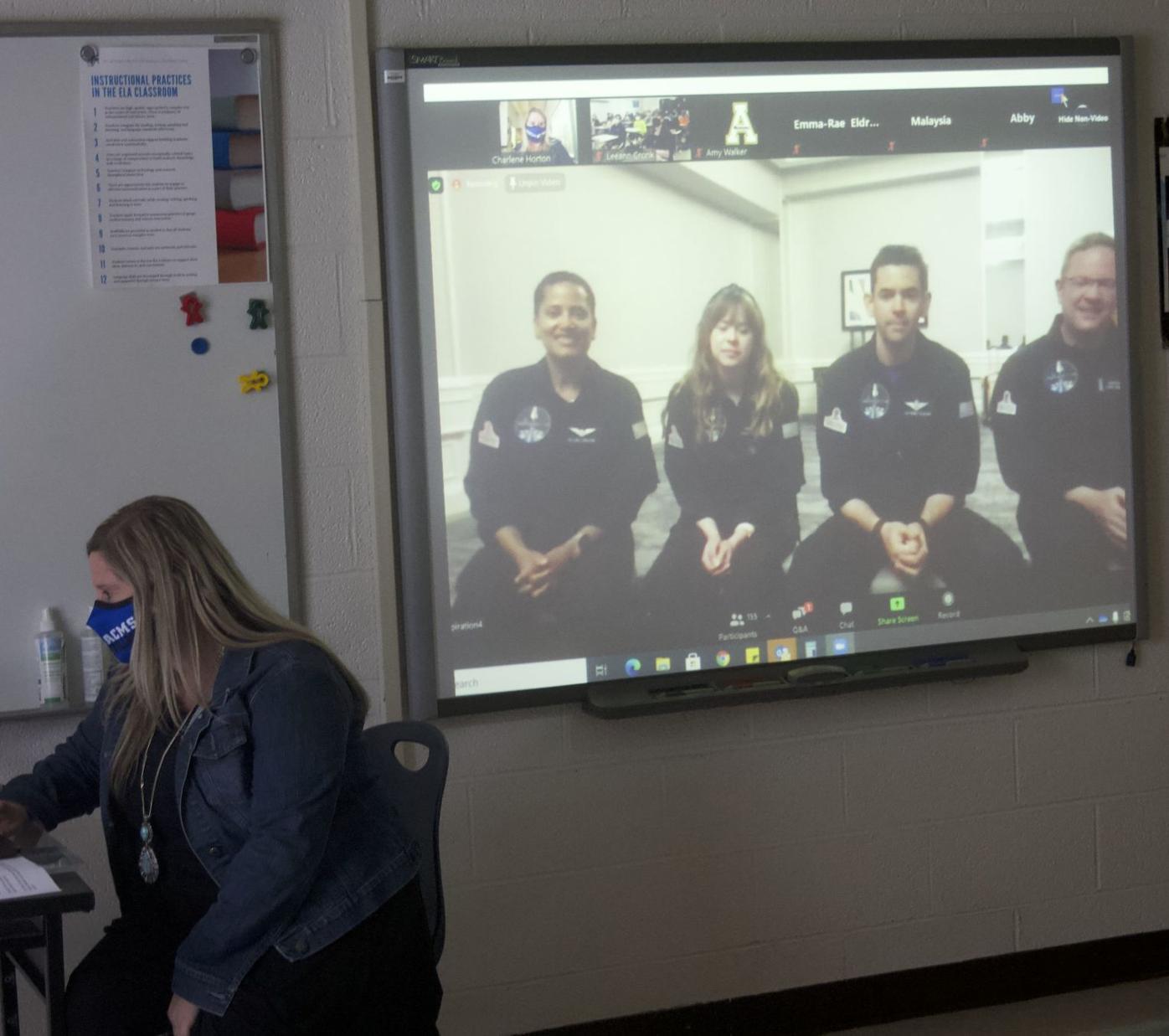 Ashe County Middle School student Nian Hughes prepares to launch a model rocket for his classmates on the school’s campus following a Q&A session with SpaceX astronauts on April 23.

The all-civilian crew of SpaceX’s Inspiration 4 engages with students at Ashe County Middle School. The four-person team is made up of Sian Proctor, Hayley Arceneaux, Jared Isaacman and Chris Sembroski.

A sign outside of Ashe County Middle School greets the SpaceX and Time Studios film crew on April 23.

A crowd of Ashe County Middle School students and staff watch as a model rocket takes flight on the schools campus.

WARRENSVILLE — A teacher's hopeful inquiry led to the opportunity of a lifetime for the students of Ashe County Middle School who on Friday, April 23, got to partake in a Q&A session via Zoom with the astronauts of SpaceX’s Inspiration 4.

The four-person crew of Inspiration 4, consisting of geoscientist Sian Proctor, entrepreneur Jared Isaacman, Iraq War veteran and engineer Chris Sembroski and Hayley Arceneaux, a physician’s assistant at St. Jude and a survivor of childhood bone cancer are set to partake in the first all civilian space mission later this year.

The Zoom meeting was brought about by first-year teacher Charlene Horton, who was searching for engaging and inspiring learning activities to accompany her regular lesson plan, a task which she admits has been challenging since the start of the COVID-19 pandemic.

“I’m always trying to think of how I can get them to be really excited about what they're learning. I can’t change the content of what I’m teaching, but I can change how I teach it,” said Horton. “During this time it’s so hard for them to stay engaged. Especially when we went remote for those couple of months.”

After learning about the recent work of SpaceX and their plans to launch the first all civilian crew into orbit, Horton decided to reach out to the private aerospace company to see if they would be interested in a virtual meeting.

“I researched Inspiration 4 and the mission that they’re doing, what they stand for and it was so exciting. So, I literally just went to the SpaceX website, went to the contact page and I just wrote a little message,” said Horton. “ The biggest thing I’ve ever felt is that if you just ask the worst thing that could happen is that they say no.”

Horton noted that she did not expect a response, however, received a message from the SpaceX mission’s director within a couple of hours and was eventually able to arrange a time for a virtual meeting between astronauts and Ashe County students. The meeting would go hand-in-hand with a science lesson Horton was teaching which required her students to build model rockets.

During the hour long Zoom meeting — which was broadcast throughout the school — a panel of students was given the opportunity to meet the crew of Inspiration 4 and ask them questions they had regarding space travel, the crews upcoming mission and the future of civilian space exploration.

The student’s inquiries ranged from technical questions such as what makes a SpaceX Falcon 9 rocket reusable to what personal belongings will the astronauts take with them to space and what role-models inspired the crew to become astronauts.

“I feel like it’s going to make them realize that you can do anything that you want to do,” said Horton. “They’re going to have this memory forever that they got to Zoom with the first all civilian trip to space.”

Also present during Friday’s events was a camera crew from Time Studios, who were filming a documentary about Inspiration 4’s all civilian space mission. Following the Q&A session with the astronauts the students gathered on the school’s football field to launch the model rockets they created.

“I’m thrilled, excited. I think it’s been a wonderful opportunity for our students,” Dustin Farmer, Principle of Ashe County Middle School. “Certainly for our kids — some of them who have not been exposed to much more than Ashe County — we’re just so thankful for this opportunity. Hopefully it will inspire them to dream big and realize that their dreams are possible.”

Currently, SpaceX is scheduled to launch the crew of Inspiration 4 into orbit in September of this year. The crew will then orbit the earth along a customized flight path before reentering the Earth’s atmosphere for a soft water landing off the coast of Florida.

For more information regarding SpaceX and the Inspiration 4 mission visit www.spacex.com/updates/inspiration-4-mission/index.html.