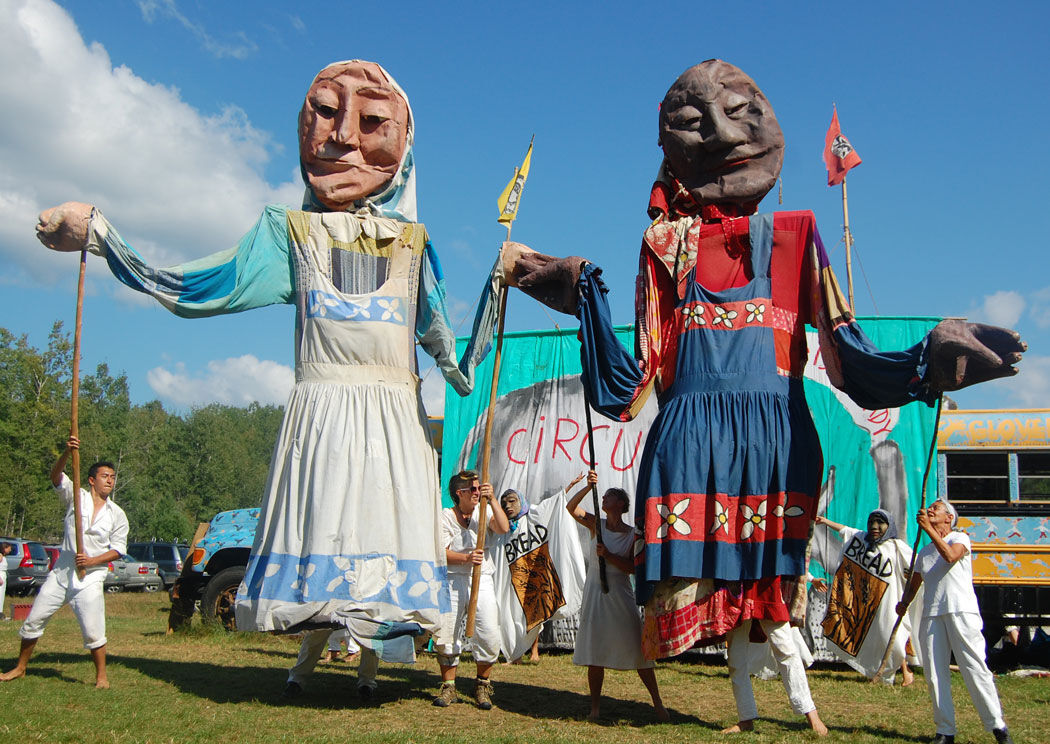 “Cantastoria” is a street theater form championed by Bread & Puppet that involves the narration of pictures using song, movement, text and puppetry. 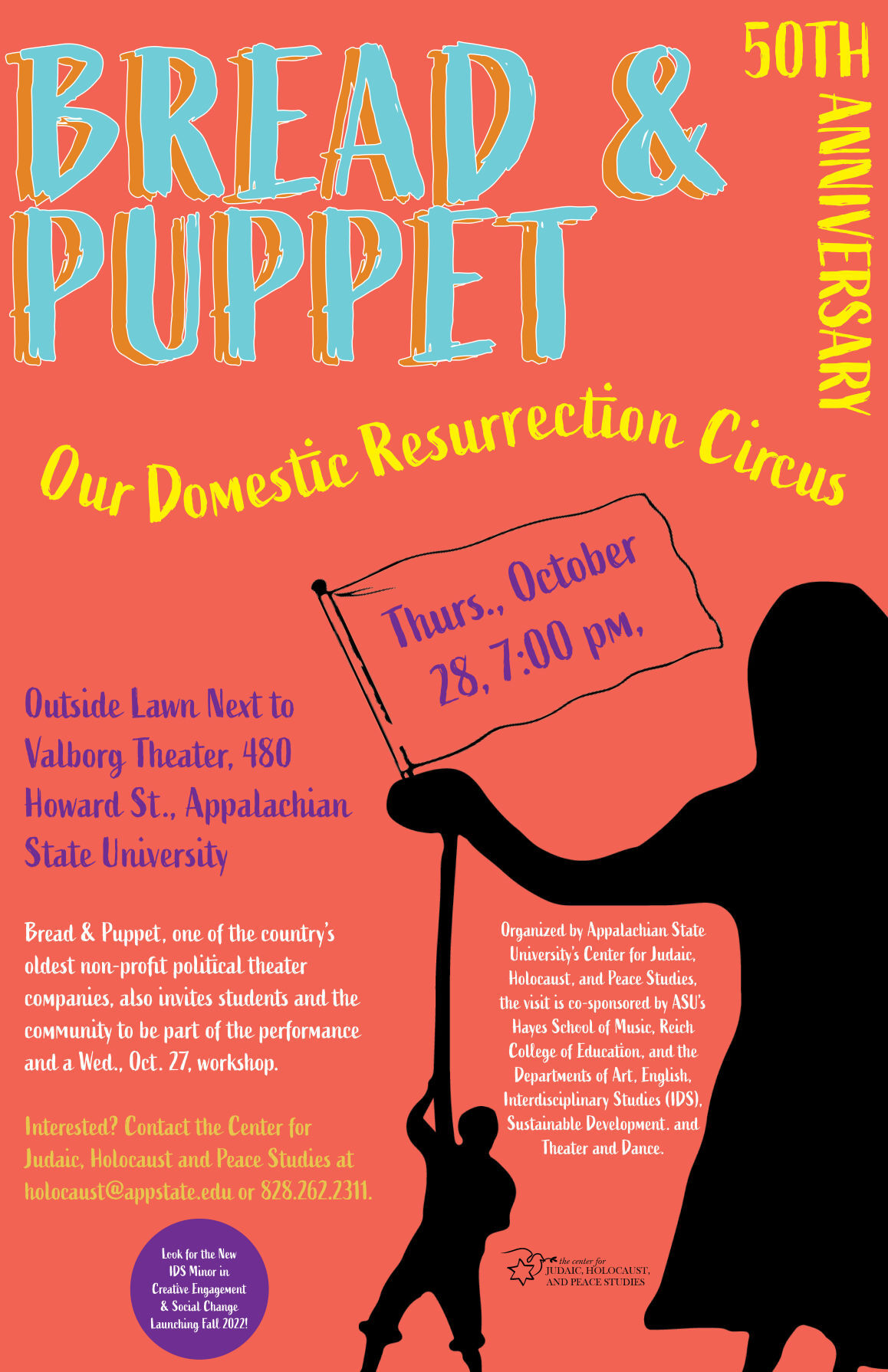 On October 27-28, Bread & Puppet, one of the oldest non-profit political theater companies in the U.S., will be in short-time residence at Appalachian State.

“Cantastoria” is a street theater form championed by Bread & Puppet that involves the narration of pictures using song, movement, text and puppetry.

On October 27-28, Bread & Puppet, one of the oldest non-profit political theater companies in the U.S., will be in short-time residence at Appalachian State.

Bread & Puppet, one of the oldest nonprofit political theater companies in the U.S., will be in short-time residence at Appalachian State Oct. 27-28.

The visit begins with an October 27 Cantastoria Workshop for students and other ASU and Boone community members. “Cantastoria” is a street theater form championed by Bread & Puppet that involves the narration of pictures using song, movement, text and puppetry. The word “canta-storia” comes from Italian (“sung story”), though the form has its roots in India circa 600 AD and has flourished in various guises all over Europe and Asia for the last 1,500 years. Bread & Puppet finds Cantastoria to be an effective tool for activist street performance and loves to share it widely and encourage people to experiment with its possibilities. In this four-hour workshop (presented in 2 two-hour sessions) Bread and Puppet’s company will perform a B&P Cantastoria for the group, teach a few Bread and Puppet Cantastorias to the group, and then put these experiences to work making new Cantastorias in small groups. Participants are encouraged to bring some sound-making objects such as car keys, trumpets, paper bags, and egg beaters. The workshop will take place outside on the lawn in front of Valborg Theater on Oct. 27 from 10 a.m. to noon and 7:30-9:30 p.m. Everyone is welcome and invited to watch the events.

On Oct. 28, at 7 p.m. also on the lawn in front of Valborg Theater, the company will stage its main performance, a brand-new production in the tradition of the iconic Bread & Puppet Circuses that began at Goddard College in Plainfield, Vermont in 1970. Traditional circus tropes are recast, with the help of Bread and Puppet’s distinctive folk iconography, to draw attention to the urgent issues of the day. Stilt dancers, paper maché beasts of all sizes and Bread & Puppet’s Fight-Against-The-End-Of-The-World Brass Band contribute their riotous inspiration to this colorful spectacle of protest and celebration. One or more of these new cantastorias — from the Oct. 27 workshop — will be performed as part of Bread & Puppet’s main performance. After the show on Thursday, Bread & Puppet will serve its famous sourdough rye bread with aioli, and Bread & Puppet’s “Cheap Art” – books, posters, postcards, pamphlets and banners from the Bread & Puppet Press – will be for sale.

“We celebrate the 50th anniversary of Our Domestic Resurrection Circus”, German-American director and co-founder Peter Schumann said. “The show,” Schuman said, is “in response to our totally unresurrected capitalist situation, not only the hundreds of thousands of unnecessarily sacrificed pandemic victims but our culture’s unwillingness to recognize Mother Earth’s revolt against our civilization. Since we earthlings do not live up to our earthling obligations, we need resurrection circuses to yell against our own stupidity.”

Organized by Appalachian State University’s Center for Judaic, Holocaust, and Peace Studies, the visit is co-sponsored by ASU’s Hayes School of Music, Reich College of Education, and the Departments of Art, English, Interdisciplinary Studies (IDS), Sustainable Development. and Theater and Dance.

The events are free and open to the public. Simply come to the site of the Thursday performance, bring a lawn chair or a blanket.