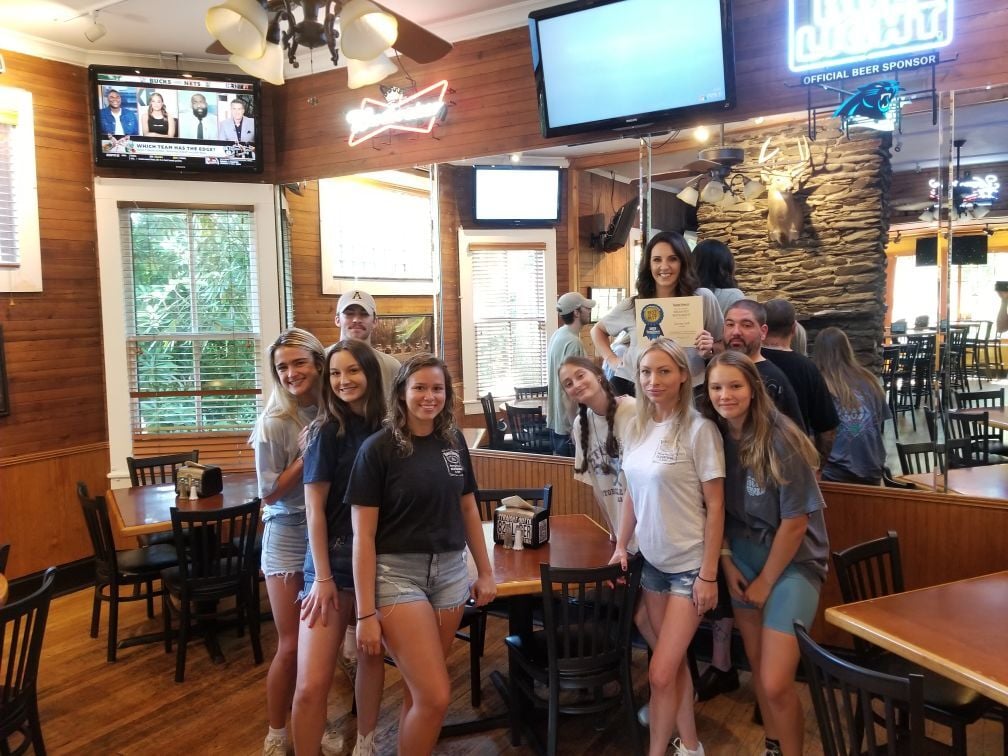 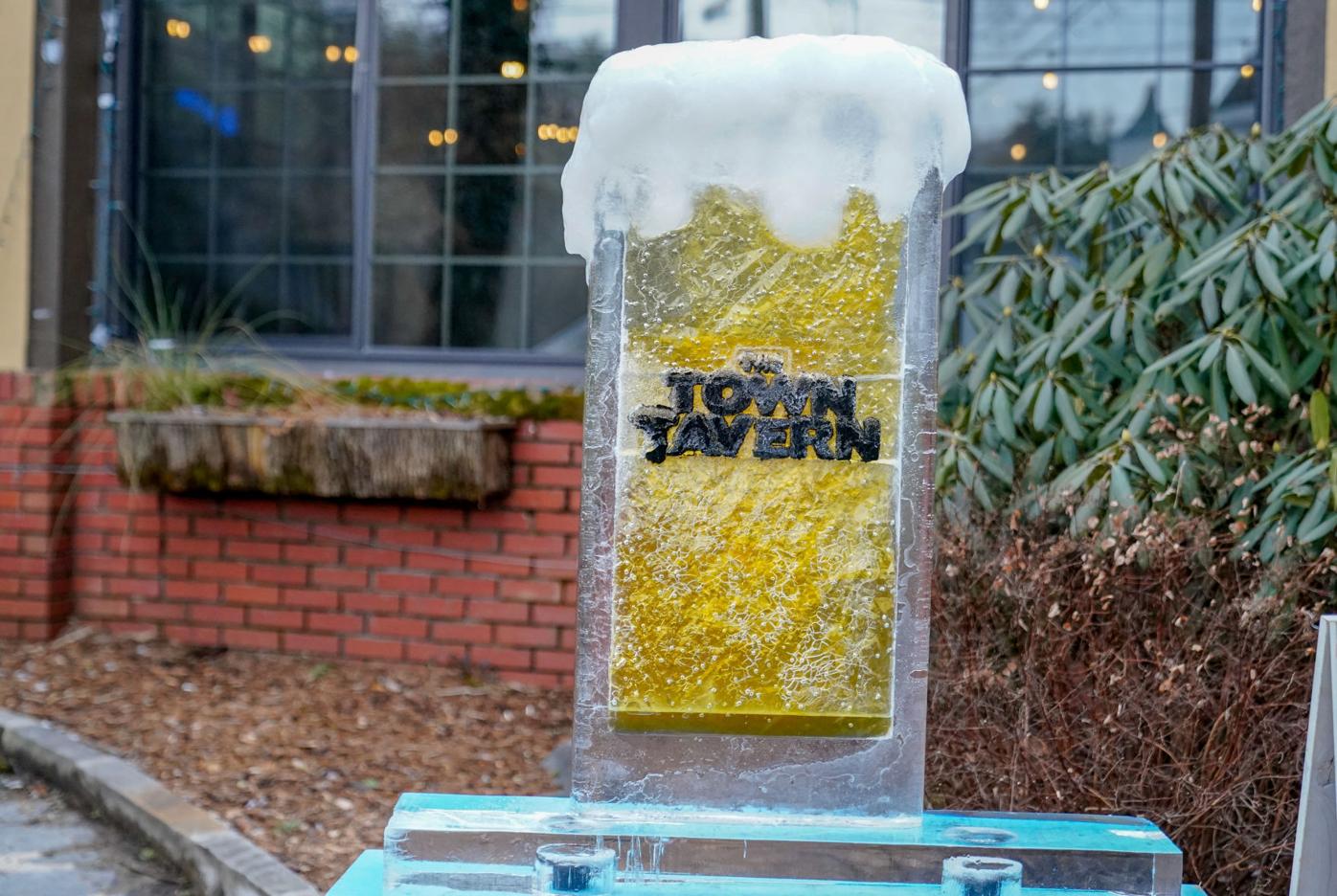 Town Tavern on Main Street has become a fixture in Blowing Rock’s hospitality industry. One reason is its participation in fun community events and activities, such as this ice sculpture entry in the 2019 Winterfest.

BLOWING ROCK — Success in the Blowing Rock hospitality market led Town Tavern owner Justin Davis and his associates to consider expansion of their brand. But, Davis said, they had to be careful not to cannibalize their existing business in Blowing Rock.

Davis’ Town Tavern does more than serve up burgers, Philly cheesesteaks, or fish and chips with customers’ favorite beverages. It also provides a gathering place for watching top sports competitions on large screen TVs and accommodates small to larger groups to enjoy each other’s company in a comfortable ambience, indoor or outdoor.

“It is a formula that has worked for us in Blowing Rock,” said Davis. “As it turns out, we have a lot of customers come up here from Morganton just because they like our restaurant, bar, and the atmosphere that we provide. So we decided that Morganton would be the perfect opportunity to expand our brand, but far enough away that we would not cannibalize our success in the Blowing Rock and High Country market.”

There are aspects to expansion, though, that have been challenging. Once they identified their preferred market, they had to find the right location within that market.

“We found a place right on the river. It used to be a restaurant, so at least some of our outfitting requirements will already have been met. We think it is the perfect location for our Morganton Town Tavern. It gives us the opportunity to offer that market another dining, beverage, and entertainment option,” said Davis.

The location is in the River Village shopping center and for 15 years was home to the popular Friday Friends restaurant. They were unable to survive the impact of the COVID-19 pandemic, according to an article in the Morganton New Herald on April 14, 2021. After closing the doors of the restaurant, River Village shopping center owners L.H. and W.C. Kirksey began actively seeking a new tenant for the space. Enter Davis and Town Tavern, which proved to be a successful model in Blowing Rock, attracting both residents and tourists.

Davis said that while the space was previously a restaurant, they will have to do some extensive renovations of the interior to fit their business model and replicate, to an extent, what they have in Blowing Rock.

“We’re going to have the same menu, as well as a lot of the features that have contributed to Blowing Rock’s success. Sure, it is a different market, but we think a lot of our Blowing Rock appeal is universal.”

Town Tavern in Morganton is planned to be open in late October or early November — in time to capture the last half of the football season.

“That is our plan but there have, of course, been challenges to hiring the tradesmen to do certain things,” said Davis.

Responding to other questions about rumors that he and a partner might be looking at the more than two acres on Valley Boulevard, near the Blowing Rock Fire Station as a possible site for another venture, Davis dismissed the idea.

“We looked at it. Certainly from a location standpoint it is appealing for, maybe, a fast food restaurant, but we just couldn’t make it work,” Davis said. “We hired an architect to get some design ideas, but restaurants really change the dynamics of a location vs., say, an office. In addition to parking per table, there are a number of other variables, such as accommodating garbage collection and management, where you place a dumpster, food and beverage deliveries, landscape needs, watershed and water usage, and such.

“It is a wonderful location, but there are some problems, such as one way in and one way out ingress and egress from Valley Boulevard, the way the traffic flows,” said Davis. “Then there are issues with the setbacks are on that lot, as well as the NCDOT right of way. That lot is actually deceiving. It is about two and a half acres, but there is really only less than an acre that is usable, at least for our purposes. Without spending a ton of money on a 45-foot retaining wall and cutting back into the mountain, it just didn’t make sense.”