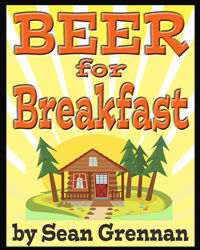 Beer for Breakfast runs from July 24 to Aug. 1. 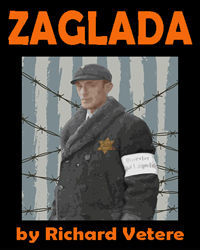 Beer for Breakfast runs from July 24 to Aug. 1.

There is no venue in the High Country quite like the Ensemble Stage. The 99-seat professional theater showcases world class talent for an affordable price in the quaint mountain town of Banner Elk. Theatrical productions performed at the Ensemble Stage are meant to inspire, challenge and nurture the imagination of both the audience as well as the students and professionals who put on these productions.

While the Ensemble Stage has had to postpone two of its productions due to health concerns, the curtain has not closed on the rest of its summer season, and those connoisseurs of fine art interested in experiencing a performance at the Ensemble Stage can purchase tickets for the following shows.

‘BEER FOR BREAKFAST’In this light-hearted comedy about four middle-aged friends reuniting for a guy’s weekend and partying like it’s 1979, things suddenly do not go according to plan as one friend goes missing and his wife shows up in his place. The play begs the question: Will man be judged as the superior sex or will woman prevail, and perhaps most importantly, if Doritos are made of corn, why can’t they be considered a vegetable?

‘ZAGLADA’In this powerful mix of drama and history, the story is told of two men’s efforts, a journalist and a highly trained Homeland Security guard, to extradite a man they believe to be a Nazi war criminal back to Europe to be tried for his crimes. The man, who has lived in Queens, New York since 1945, is suspected as being a former kapo in the Buchenwald Concentration Camp during World War II. The two men find that time is not on their side as they rush to collect the evidence they need from the living witnesses in order to reveal the man’s true identity.

AND HIS WIFE’In this children’s theater production, the classic tale of a fisherman who catches an enchanted fish and uses his three wishes in attempt to bring happiness to his wife is retold in a way that taps into the magic of audience participation. The children in the audience have the opportunity become part of the play as they participate in scenery, sound effects and walk-on parts of the play. It is a performance full of fun that the whole family can enjoy.

CABARET CONCERTIn this special production, singer Lauren Hodos taps into the Broadway spirit to pay tribute to four legends of musical production: Julie Andrews, Mary Martin, Ethel Merman, and Barbra Streisand. This show is sure to bring back thousands of memories for Broadway enthusiasts as Hodos performs Broadway classics as well as plays with fun anecdotes and trivia tidbits.

The Ensemble Stage is located in the Hahn Auditorium at The Historic Banner Elk School at 185 Azalea Cir. SE, Banner Elk, NC. Main stage shows cost $24 for adults, $12 for kids (16 and under) and $22 for seniors, students and military (tax is included with price). The Benefit Cabaret Concert costs $35. Children’s shows cost $6. For more information, click to ensemblestage.com or call (828) 414-1844.

The following are showtimes for the previously mentioned performances:

“The Fisherman and his Wife”