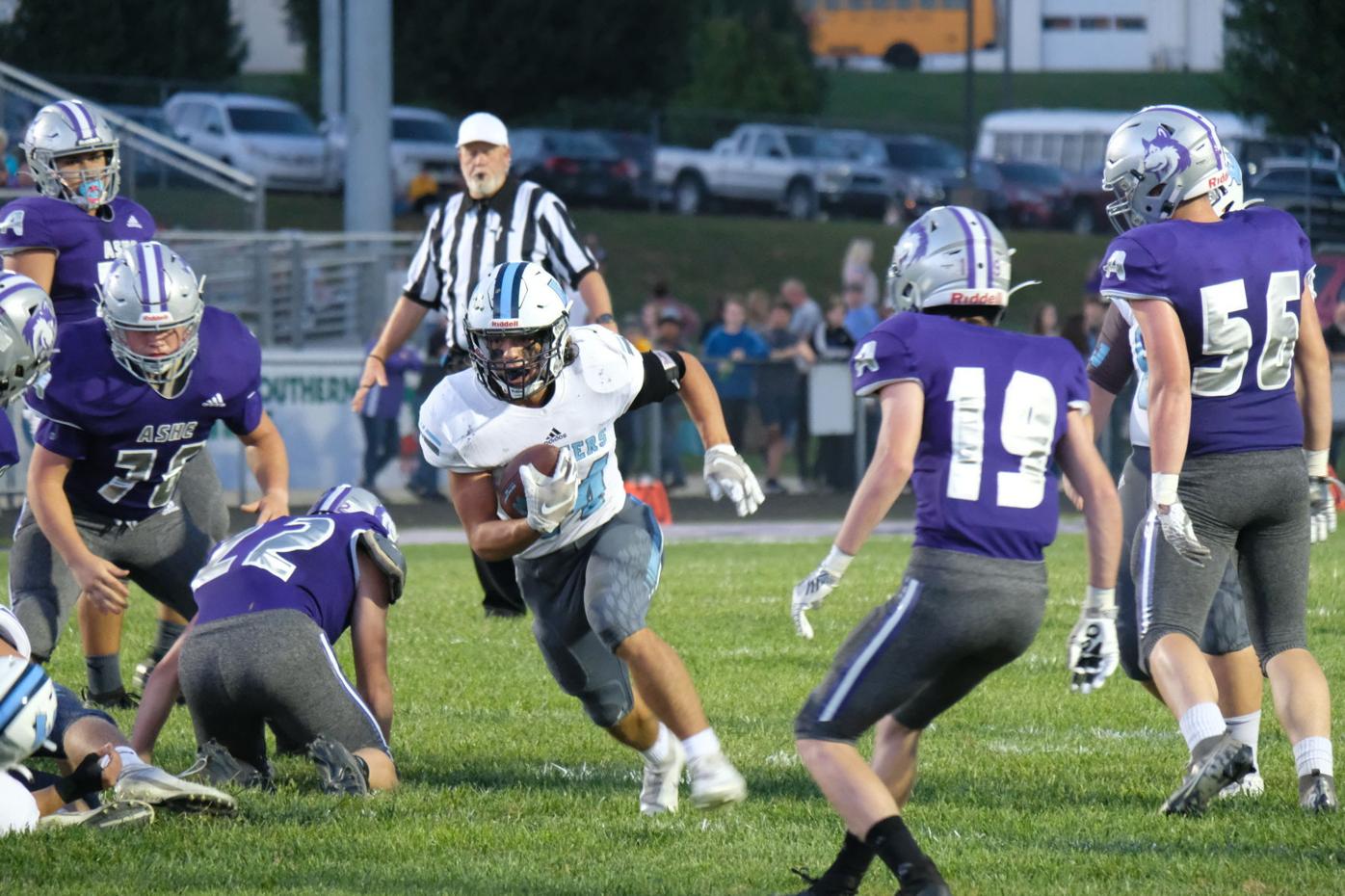 Will Curtis was a horse for Watauga against Ashe on Sept. 18, leading a rushing attack that dominated the Huskies on the road. 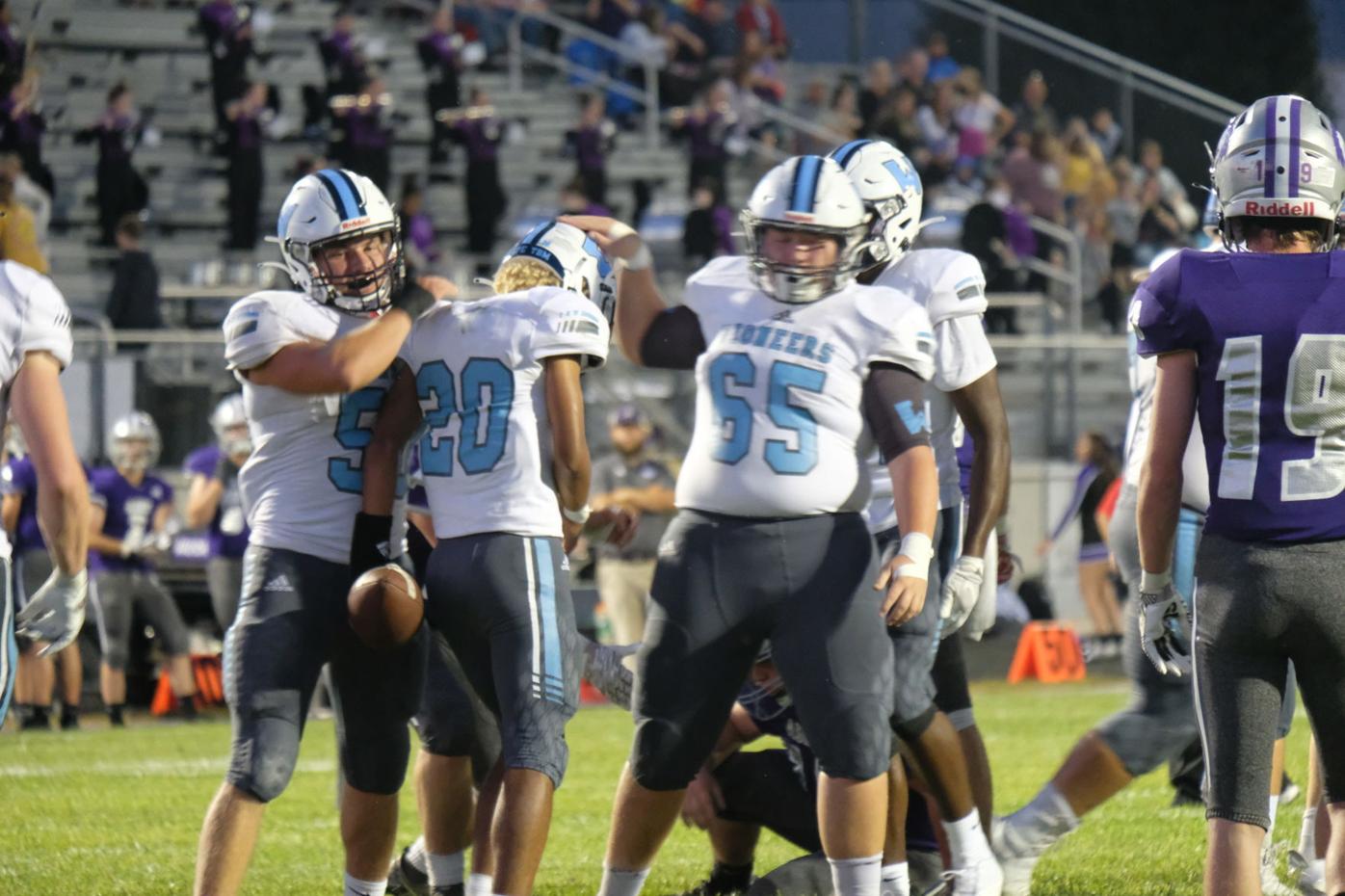 Landon Johnson (50) and Johnny Miller (65) congratulate Maddox Greene (20) after a rushing touchdown against Ashe on Sept. 17. 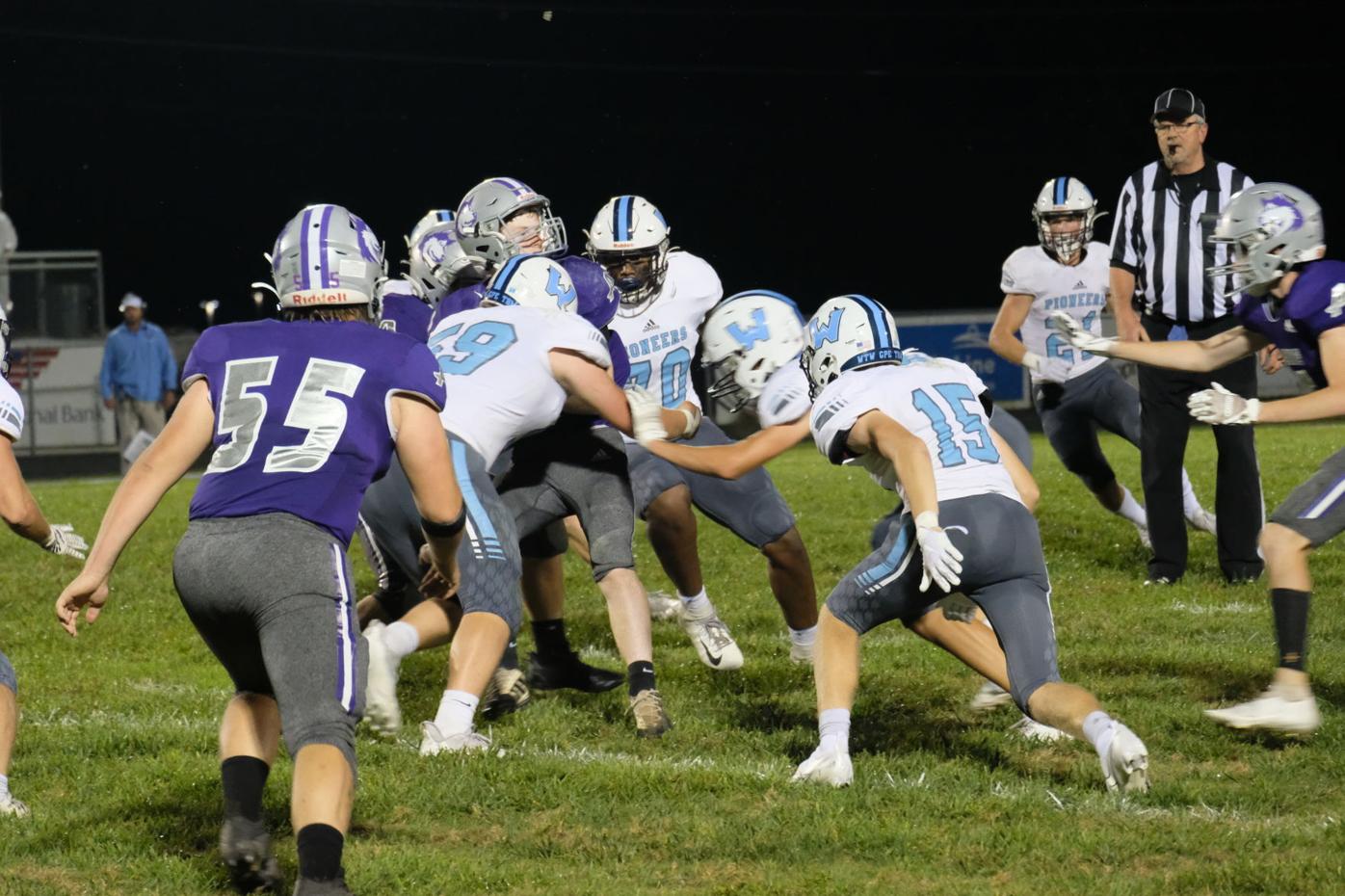 A swarm of Pioneers pounce on an Ashe player with the ball. The Watauga defense was stout all game, forcing multiple turnovers and only allowing seven points. 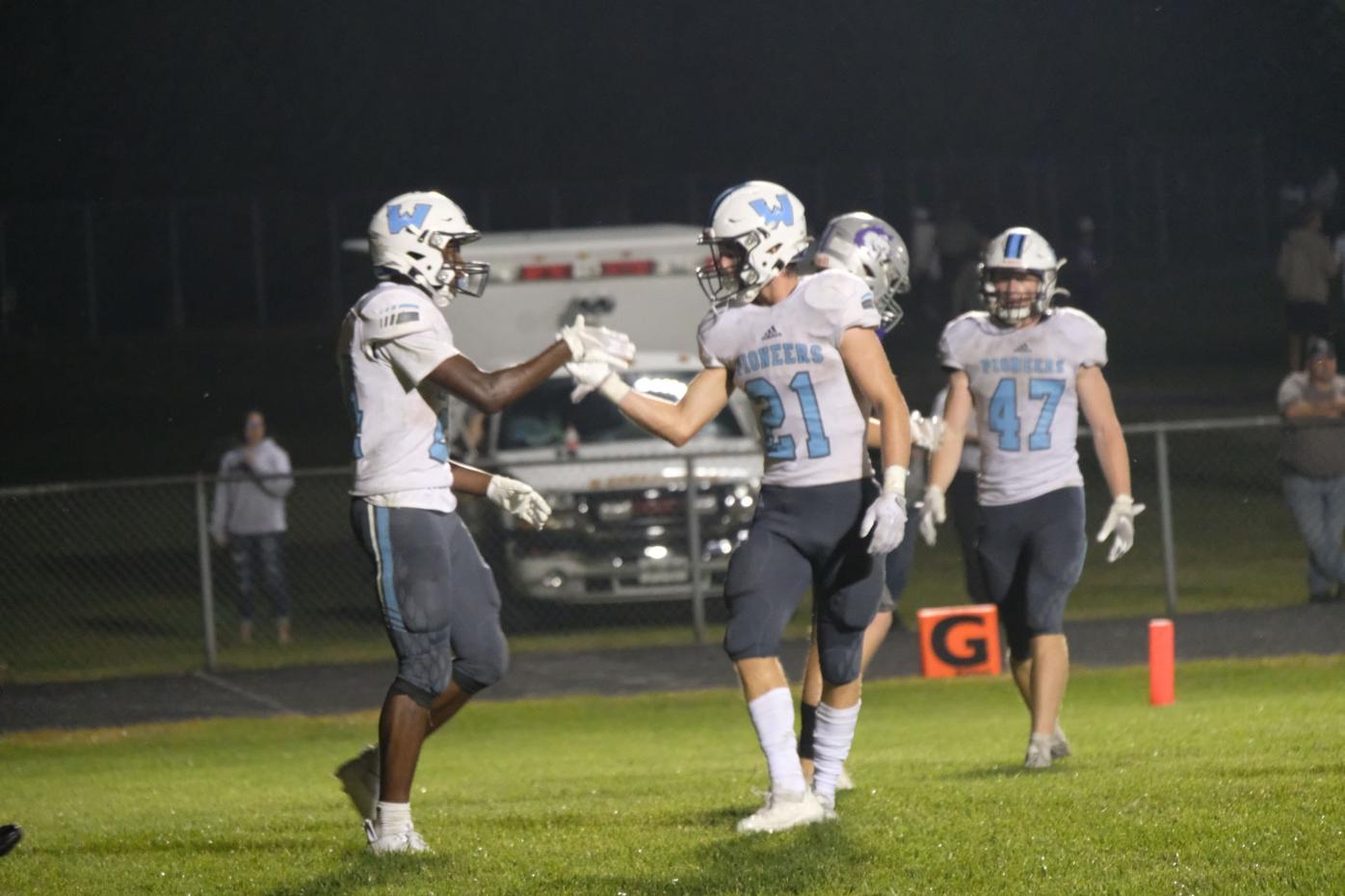 Trey Thompson (24) and Cole Horine (21) celebrate after on of Thompson’s many rushing scores against Ashe on Sept. 17.

Will Curtis was a horse for Watauga against Ashe on Sept. 18, leading a rushing attack that dominated the Huskies on the road.

Landon Johnson (50) and Johnny Miller (65) congratulate Maddox Greene (20) after a rushing touchdown against Ashe on Sept. 17.

A swarm of Pioneers pounce on an Ashe player with the ball. The Watauga defense was stout all game, forcing multiple turnovers and only allowing seven points.

Trey Thompson (24) and Cole Horine (21) celebrate after on of Thompson’s many rushing scores against Ashe on Sept. 17.

WEST JEFFERSON — Winning by almost 50 points is always nice, but a win like that was all the more special for the Watauga Pioneers football team when they beat the rival Ashe County Huskies 54-7 on the road.

While Ashe (0-3) has joined Watauga (3-2) in the Northwestern 3A/4A conference this season, their Friday, Sept. 17, matchup was counted as a non-conference affair. However, both teams had something on the line, with the Huskies looking for their first win of the year while the Pioneers wanted to head into conference play with a winning streak.

The Pioneers went into the game after a comeback win over Burns the week prior, which involved scoring 28 unanswered points after being down 14-0 in the first quarter.

Carrying that momentum with them, the Pioneers put their foot down early. From the onset of the game, Watauga set the tone via Will Curtis. The junior back plowed his way through Husky after Husky early and often, getting Watauga’s first points on the board by bulldozing his way in from four yards out.

Pioneers head coach Ryan Habich was high on Curtis’s impact in the game, as well as his role in the offense as a whole.

“(We) like the skill set on him as a whole,” Habich said. “Really hard-nosed runner and for what we do offensively with the veer, he runs it pretty good.”

However, it was still early and Ashe looked to quarterback Wesley Thompson to lead their air raid offense. On his first pass — Ashe’s first play from scrimmage — the ball missed the mark and landed in the hands of Pioneers freshman Maddox Greene.

After Watauga QB Wyatt Keller nearly emulated Thompson’s pick, Greene was sent under center. The ninth grader — and Curtis — kept the ball on the ground before Greene rushed into the endzone and made it 14-0.

Ashe responded by putting together a drive that had potential to break the goose egg on their scoreboard. As the clock ticked down in the first quarter, the drive ended with another interception, this one hauled in by Orlando Leon.

Their next drive got to midfield, but again the Watauga defense held firm to force a turnover on downs. Curtis and Greene continued their pace, as the QB tacked on another rushing touchdown.

The Pioneers rushing attack at this point had built up too much steam for the Huskies to stop, and Curtis’s backfield mate Trey Thompson made it 26-0 with yet another rushing touchdown before halftime.

Trey Thompson picked up his second rushing touchdown to open the third after a long drive with Keller back at the helm and Ashe needed something to happen if they were going to dig their way out of the 33-0 hole. And it happened after Wesley Thompson hit Colin Estes over the middle on a slant route. The junior turned up field and sprinted to the endzone to make it 33-7.

Unfortunately for the Huskies, the lack of a zero for their scoreboard did not lead to a big comeback. Shortly after getting the ball back, the Pioneers scored again when Cole Horine took a handoff outside and into the endzone, snatching back their 33-point lead to end the third quarter.

The fourth was all Watauga with Trey Thompson and Jackson Roper each nabbing rushing touchdowns, with a final Ashe County interception sandwiched in the middle.

With a second-straight win under their belt, the Pioneers head into a bye week with the wind at their backs before conference play begins.

“We like where we're at, but we know it’s a long way to go in this conference race,” Habich said. “There's a lot of parity in our conference — a lot of teams are very similar — and it's the team that executes the best is going to win.”

Both teams are scheduled to lead to one place on Oct. 29, when the longtime rivals play for the second time this season in Boone in a conference game.