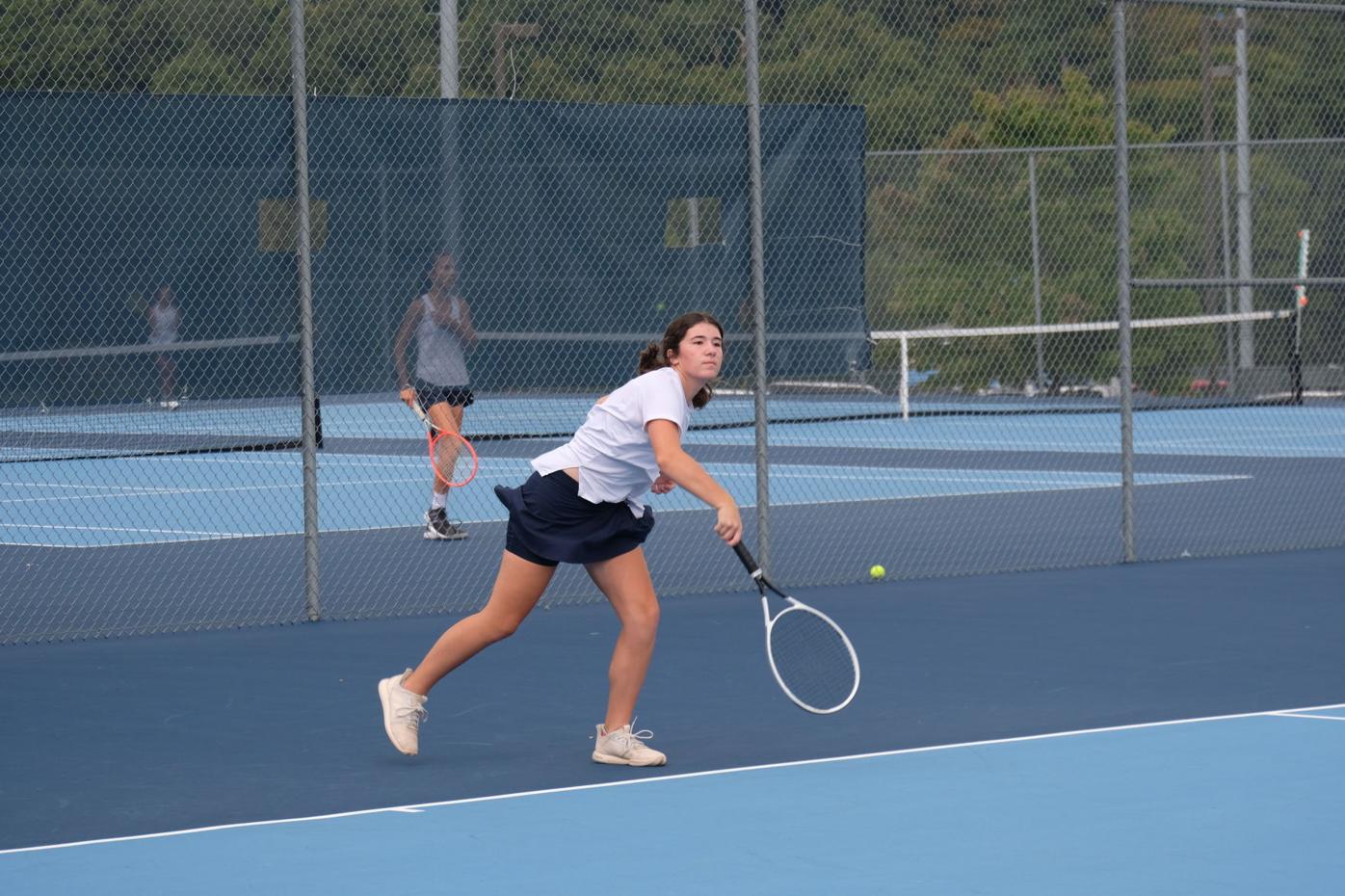 Madison Ogden on the court against Ashe County. 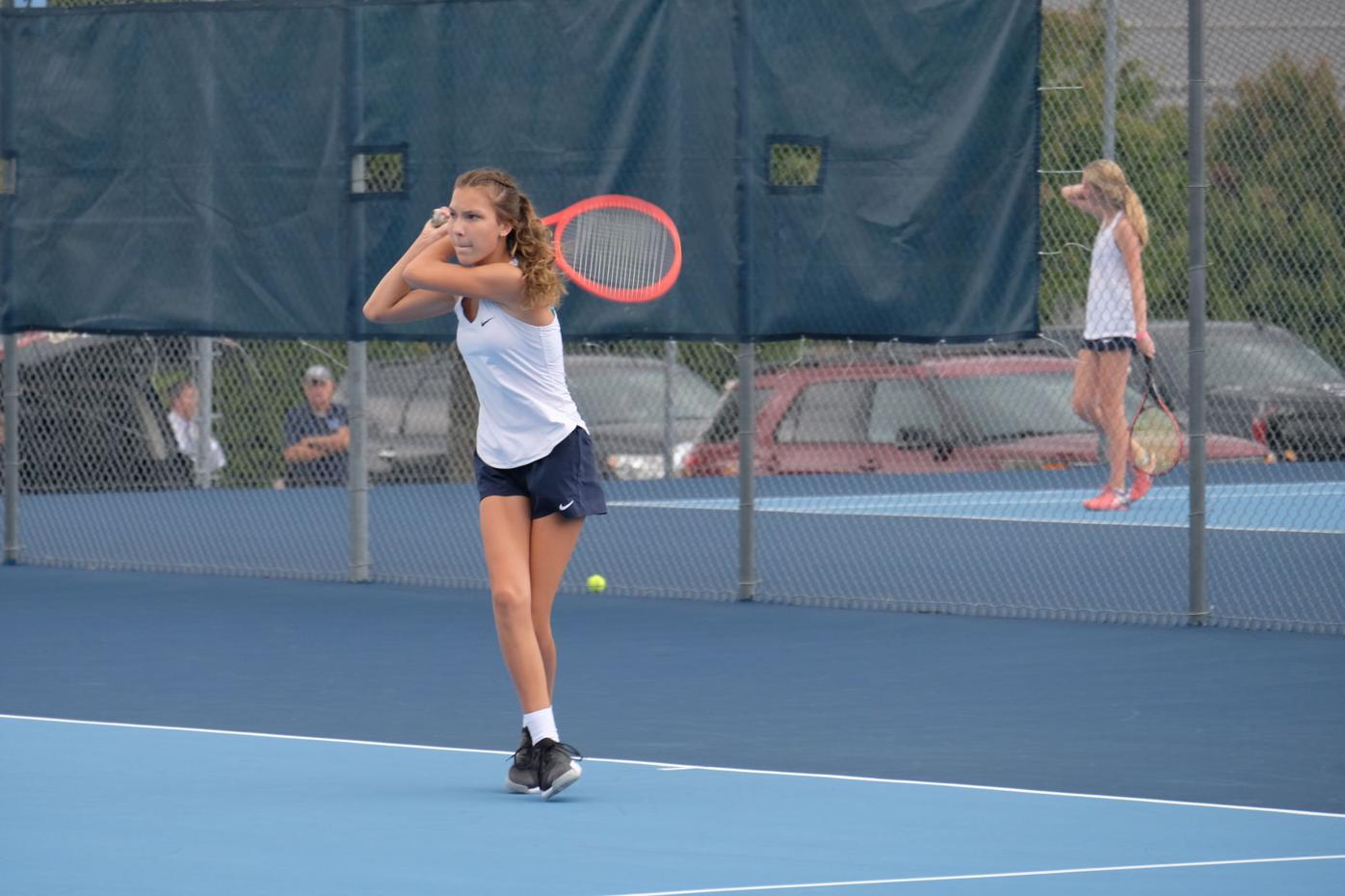 Freshman Sienna Davidson has been a key contributor in Watauga’s dominant first half of the season.

Madison Ogden on the court against Ashe County.

Freshman Sienna Davidson has been a key contributor in Watauga’s dominant first half of the season.

BOONE — At the halfway point of the season, the Watauga girls’ tennis team has made their point. At 4-0, and having dominated their competition, the Pioneers are the team to beat in the Northwestern 3A/4A Conference.

Sept. 13 saw Watauga head down to Hibriten, where the Pioneers picked up the only blemishes on their nearly spotless record. Pioneers head coach Jennifer Pillow said the heat and a good Hibriten team were a combo that was not to be taken lightly, noting that Hibriten went undefeated against 2A competition the previous season.

In singles, Jillian Russert, Sienna Davidson, Amira Younce, Madison Ogden and Ellary Maiden each picked up wins in two sets. Fifth seed Alaina Muse was the only Pioneer to fall, losing to Natalie Jones in a hard-fought three set match.

In doubles, the top-seeded pairing of Russert and Davidson was upset by the duo of Cassey Vaught and Kennedi Harper 8-4. Pillow noted Russert was dealing with a minor hand injury, the last thing the Pioneers pair needed before facing the Vaught and Harper, last season’s doubles champions.

However, the Pioneers managed to avoid any further hiccups with wins from the duos of Maiden and Younce, and Katie Harrison and Laurel West.

A week later, Watauga played host to the rival Ashe County Huskies, which ended with a 6-0 win for Watauga after doubles play was rained out. The performance included 6-0, 6-0 wins for Russert, Younce and Ogden.

In their fourth win of the season, the Pioneers finished up their two-match homestand with a 9-0 win over Alexander Central on Thursday, Sept. 23. Central put up a strong effort — managing to get a point on every singles match — but failed to even get a set on the day.

In doubles, it was more of the same. Russert and Davidson took down Faith Zirkle and Cassidy Caskaddon 8-0 before Younce and Ogden teamed up to topple Mackenzie Harper and Emmy Rogers with the same scoreline.

The last doubles match was Muse and Maiden versus Rachel Skinner and Taylor Sharpe, with Watauga winning 8-1.

Heading into the back half of the schedule sees Watauga on the road three out of four dates. After road showdowns with Alexander Central and South Caldwell, the Pioneers return to Boone for a rematch with Hibriten on Sept. 29.