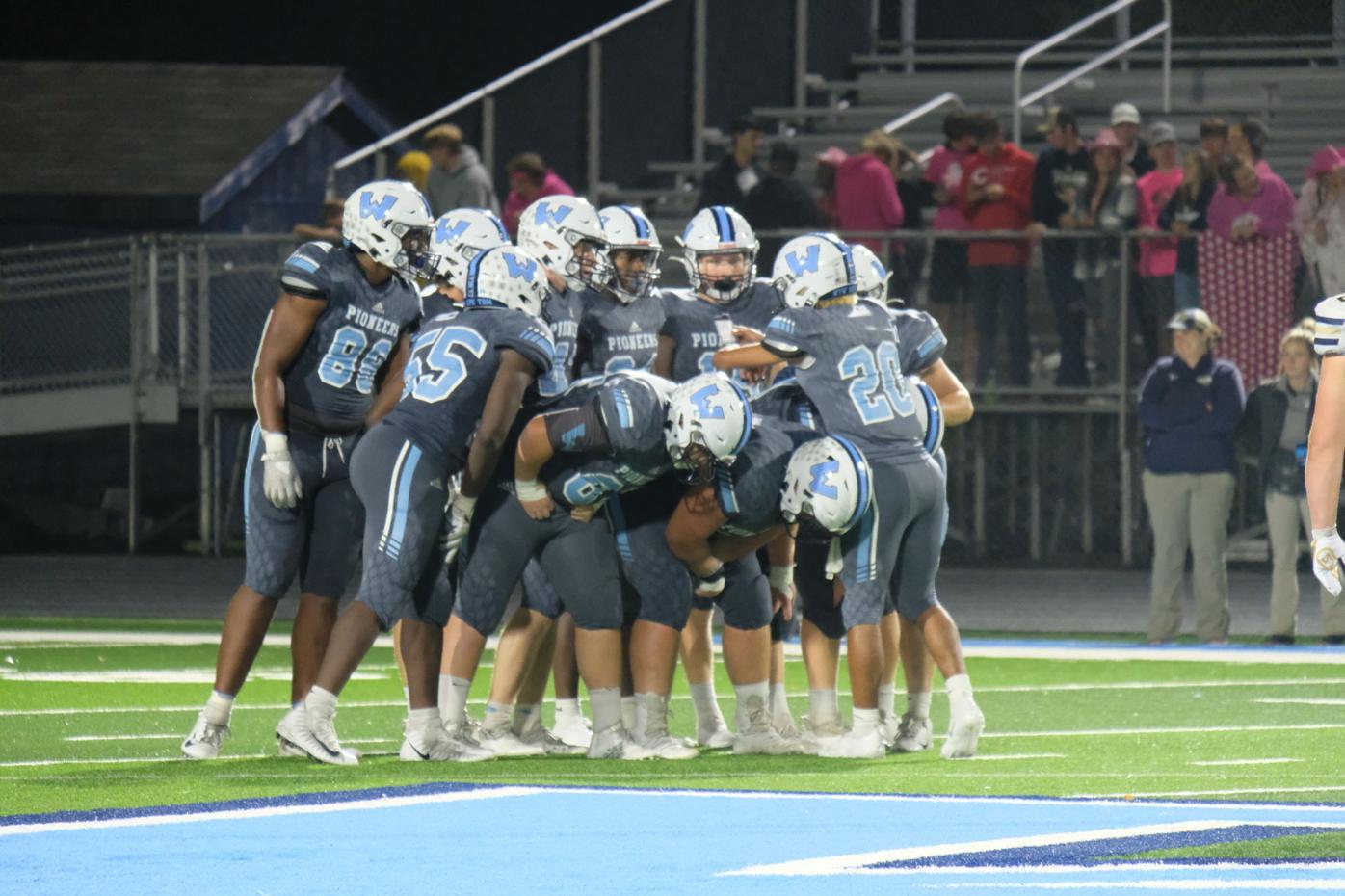 The Watauga offense huddles against Alexander Central on Oct. 8. The Pioneers head into the game against Hibriten with the conference’s top-ranked offense. 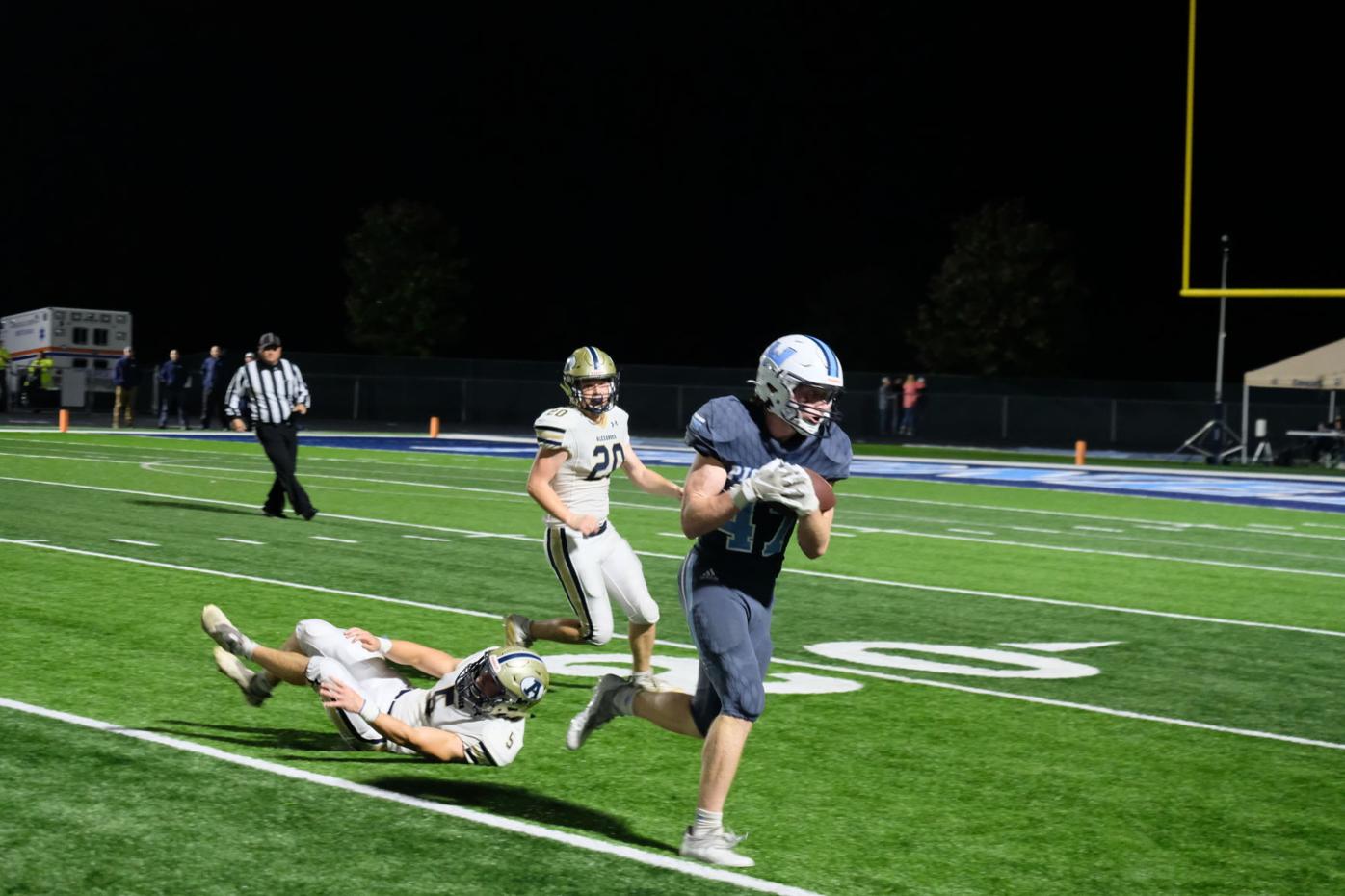 Watauga tight end/wing back/linebacker Orlando Leon has been a key player on both sides of the ball for the Pioneers this season, and will look to have an impact against Hibriten on Oct. 15.

The Watauga offense huddles against Alexander Central on Oct. 8. The Pioneers head into the game against Hibriten with the conference’s top-ranked offense.

Watauga tight end/wing back/linebacker Orlando Leon has been a key player on both sides of the ball for the Pioneers this season, and will look to have an impact against Hibriten on Oct. 15.

LENOIR — There are only two football teams in the Northwestern 3A/4A Conference that have zeros in their conference loss column, and they face off on Friday, Oct. 15, in Lenoir.

The Watauga Pioneers (5-2,2-0) and the Hibriten Panthers (4-2,2-0) are set for a clash that will go a long way in determining the conference champion. The game will see Watauga bring the league’s highest scoring offense to the stadium that houses the top-ranked defense.

“Their coaches do an excellent job with defense,” Pioneers head coach Ryan Habich said. “They’ll be well-prepared on defense and it’s going to be a challenge to go down there.”

While their defense has been the best in the conference, Hibriten’s triple option offense has racked up the second-most points in the league. Habich noted that so far, the Pioneers have dealt with a variety of offenses but his Pioneer defense — currently ranked second in the league — will have to step up against the Panthers.

The last time Watauga played at Hibriten was in 2016, where the Panthers took a one-point victory that won them a conference title. Five years later, Habich said the program has not dipped in quality.

“Hibriten has been one of the top teams in western North Carolina the last three years, but we feel we have been too,” Habich said.

While both teams head into the game coming off of wins, they came in different ways. Hibriten enters after a 35-7 blowout of Ashe County, while Watauga fought tooth-and-nail for a comeback victory over Alexander Central.

After the win over A.C., Habich noted that the win reminded his players that so long as there is time on the clock, they are still in the game.

So far, Hibriten has suffered two losses, the first in a season opening matchup with East Lincoln. The second came against conference opponent South Caldwell in a non-conference game.

Against the Spartans, Hibriten fell 44-42 in an overtime thriller, while Watauga throttled the Spartans 56-22 in their matchup two weeks later. While a common opponent can give some idea of a potential outcome, football math is rarely that simple. Habich has noted all season that each week can see completely different teams take the field due to injuries and COVID-19.

The matchup with Hibriten is one of three conference games left on Watauga’s schedule, with games against Freedom and Ashe County the following weeks respectfully.