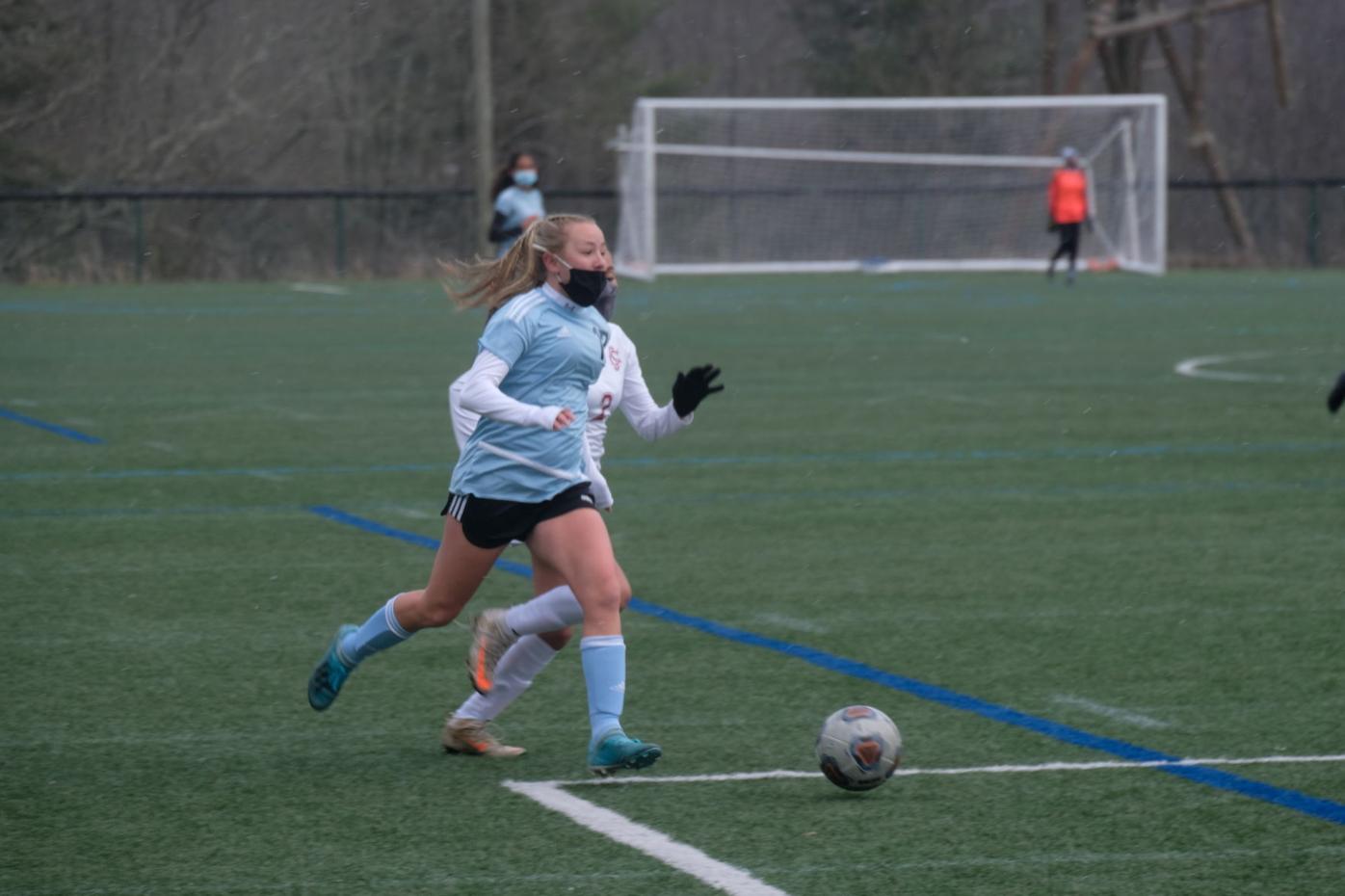 Freshman Katie Durham (17) blows by a South Caldwell defender in the Pioneers’ 1-0 win on April 1. 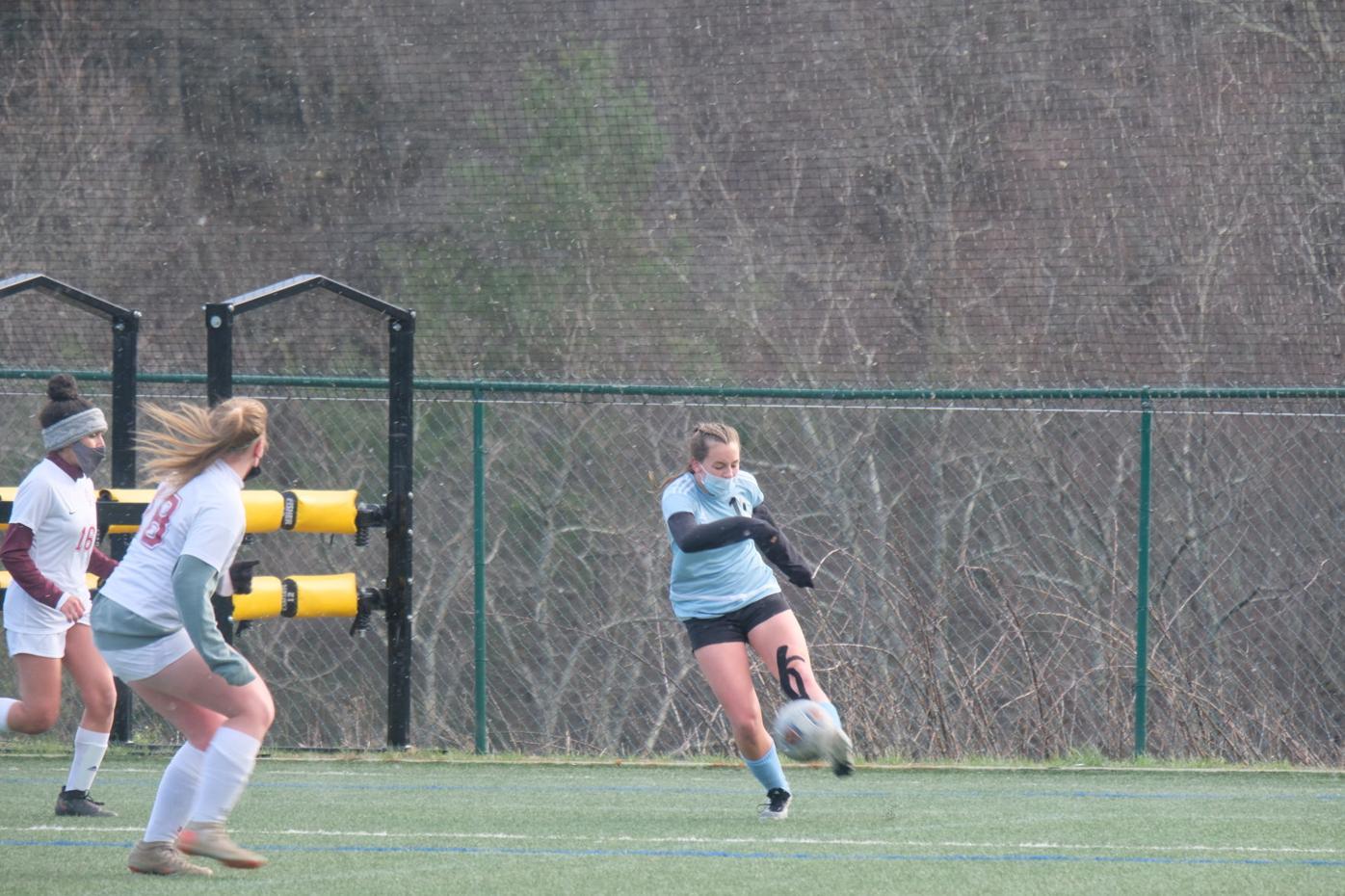 Pioneers winger Georgia Parker (11) fires a cross into the box against South Caldwell on April 1.

Freshman Katie Durham (17) blows by a South Caldwell defender in the Pioneers’ 1-0 win on April 1.

Pioneers winger Georgia Parker (11) fires a cross into the box against South Caldwell on April 1.

BOONE — The temperatures were low and the snow was falling, but the Watauga Pioneers girls soccer team were undeterred as they defeated the South Caldwell Spartans 1-0 at home on Thursday, April 1.

After being delayed by a day due to the weather, the game had to be moved to the Leigh Cooper Wallace Memorial Field due to conflicting schedules with the football team.

With temperatures in the low 30s, both teams took a little longer to warm up figuratively and literally. The Pioneers (4-1) got the ball rolling first, launching attack on attack at the Spartans’ (2-4) back line.

Thirteen minutes in, it appeared freshman wing Georgia Parker had broken the deadlock and scored one for the Pioneers, but the side judge called it offside and the goal was waived off.

While the game was still scoreless, the Spartans were playing on the back of their feet early, with relentless pressure from the Pioneers creating constant scoring threats. With the fast-paced freshman duo of Parker and Katie Durham consistently firing in crosses and creating chances, it was a matter of time before the South Caldwell defense gave way.

The sole goal of the game came in the 31st minute, but it did not come from the front of Watauga’s attack. Pioneers skipper Shaelyn Sheaff collected the ball in the midfield before firing a screamer from range that flew just over the finger tips of the South Caldwell keeper for a 1-0 Watauga lead.

In the second half, the Pioneers kept pressuring, but could not get themselves the breathing room that could secure the win. Meanwhile, the Spartans had finally kicked their attack into gear, but rarely posed a serious threat to Watauga’s lead.

When the final whistle blew, Shaeff’s strike proved to be the difference maker, picking up Watauga’s second win in a row.

After the game, Pioneers head coach Chris Tarnowski said his young team was riding high on potential, but there were still a few kinks to work out. He noted the team’s chemistry was still a work-in-progress, but was getting better by the day as they played together more and more.

Watauga will have the chance to give Alexander Central (1-4) their fourth loss in a row in their next game on the road Monday, April 5.