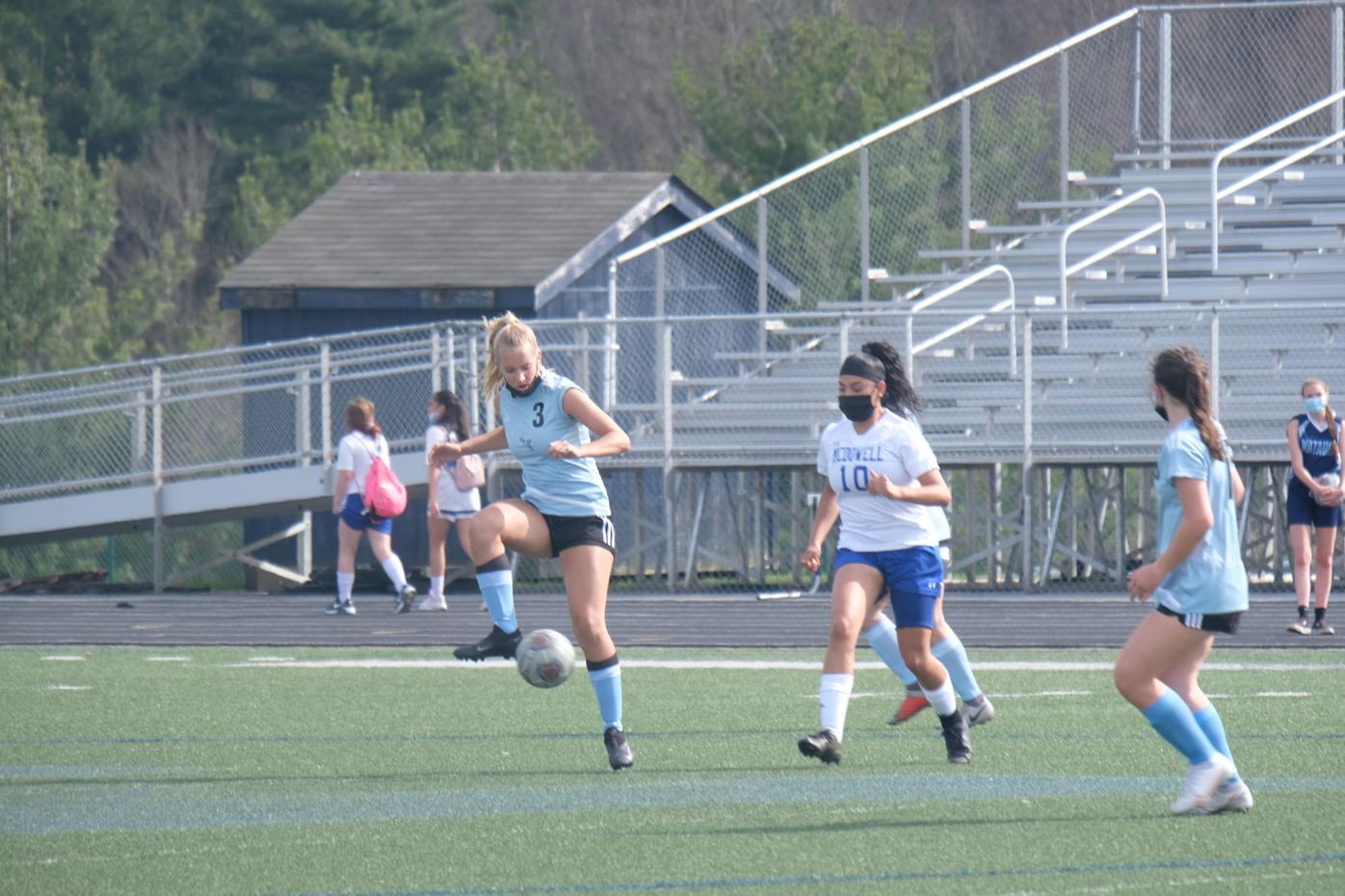 Brelyn Sturgill (3) collects the ball against McDowell on April 7. 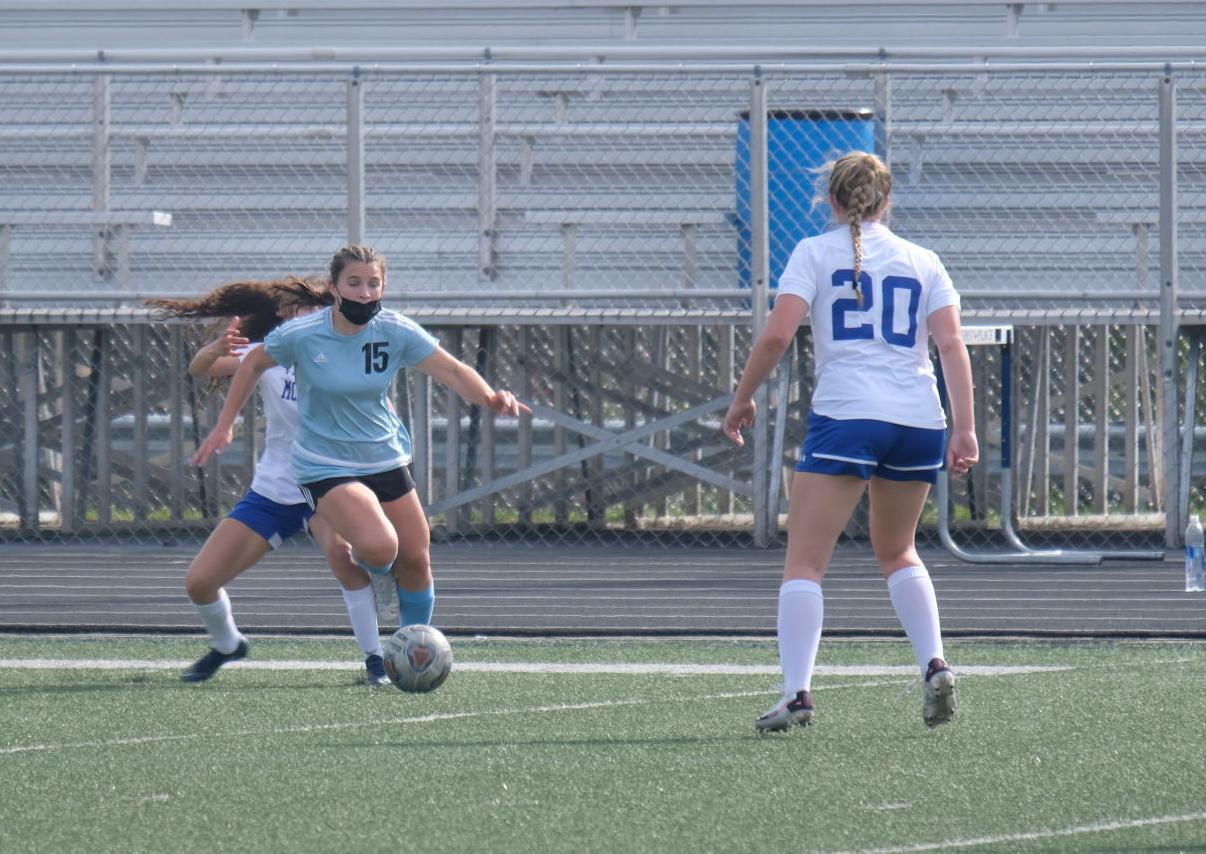 Samantha Bertrand (15) cuts inside against McDowell on April 7.

Brelyn Sturgill (3) collects the ball against McDowell on April 7.

Samantha Bertrand (15) cuts inside against McDowell on April 7.

BOONE — The North Carolina High School Athletic Association sets soccer games to run for 80 minutes, but the Watauga Pioneers girls soccer team only needed 51 to win against the McDowell Titans via mercy rule on Wednesday, April 7.

The Pioneers (6-1) were heading into the home game hungering for their fourth-consecutive win, while McDowell (0-6) were still trying to score their first goal of the season.

The Pioneers started fast, imposing their will offensively as they looked for the right opportunities. McDowell played a trapping defense that regularly put multiple defenders on the ball, but it could not stop freshman Katie Durham from flying down the field and beating the keeper one-on-one for an open net goal and the 1-0 lead.

The 13th minute would prove unlucky for the Titans, when Watauga midfielder Shaelyn Sheaff skipped a corner kick down the line before it ricocheted off of a defender for a McDowell own-goal. Sheaff would have the chance a minute later for a 3-0 lead when she earned a penalty, but she could not convert it.

Watauga kept getting chances, but struggled to finish now they were up 2-0. Meanwhile, the Titans' defense held firm, but their offense struggled to get through the Pioneers' back line of veterans.

After half-an-hour went by, Watauga began cleaving through the Titans' defense regularly, scoring seven goals in 21 minutes of play.

Within two minutes, both Sam Bertrand and Georgia Parker scored close-range goals to double the Pioneers' lead. In the 37th minute, Durham bagged a brace with a screamer from range for a 5-0 Watauga lead.

The Pioneers tacked on one more goal before halftime, courtesy of Janie Soucek. The junior defender launched a shot from outside of the box for a wondergoal and a 6-0 lead.

Less than three minutes into the second half, Lilly Brown nabbed her first goal of the game, setting Watauga up for a potential early finish, which they got with a double salvo of scoring.

In the 50th minute, Kamp received a clinical assist from Sheaff before firing a shot from the edge of the box. Less than a minute later, Sheaff finished the job with a long-distance score for the Pioneer's ninth and final goal.

After the game, head coach Chris Tarnowski said the game was a total execution of the team's potential, but that there were still some kinks to iron out.

"We're still getting better about communication, getting used to playing with each other," Tarnowski said. "This team has a lot of potential, you saw that today, but that next step is getting it done consistently."