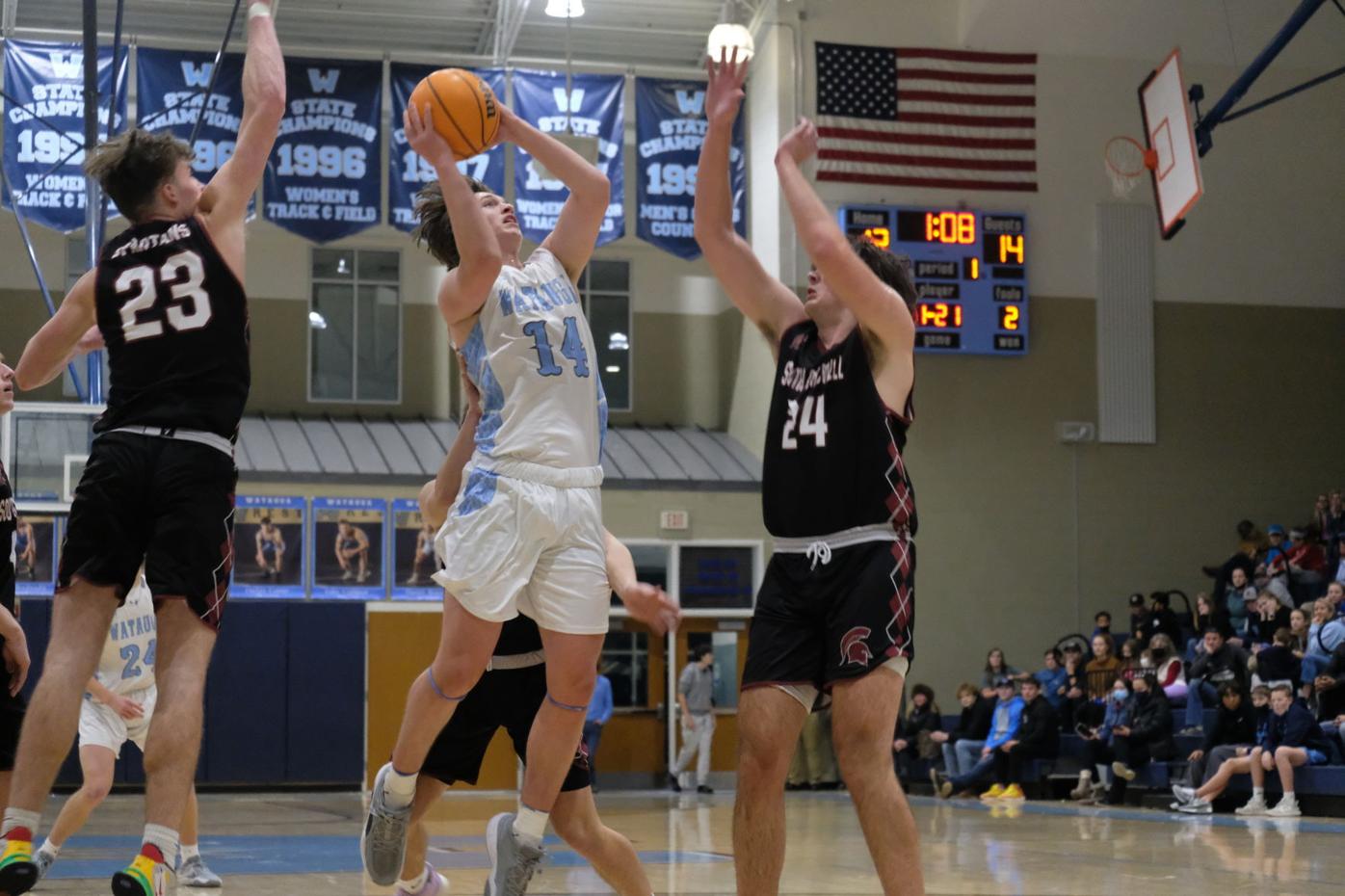 Pioneers wing Jonah Martin (14) flies into the teeth of the South Caldwell defense on Jan. 11. 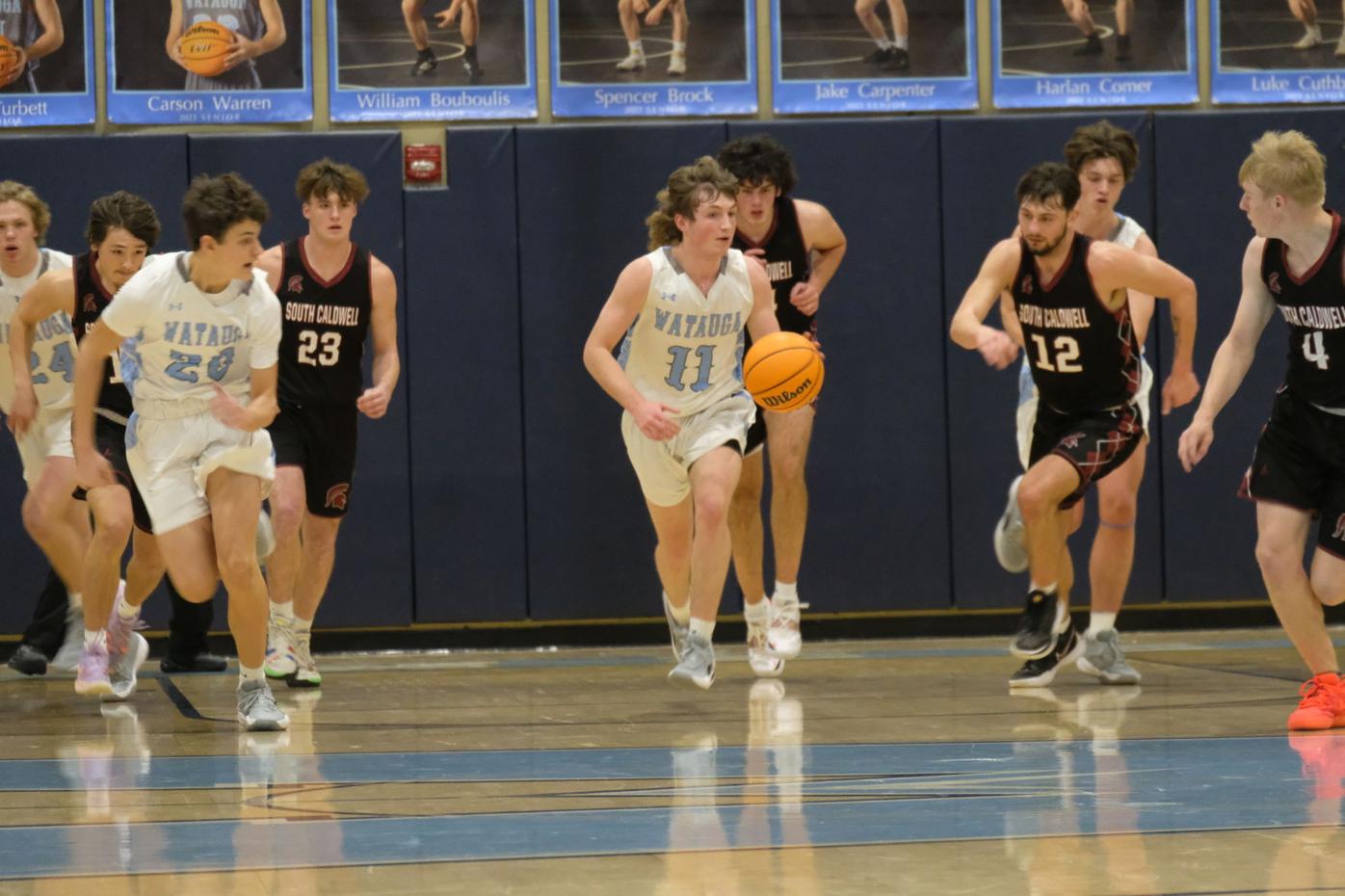 Pioneers wing Jonah Martin (14) flies into the teeth of the South Caldwell defense on Jan. 11.

BOONE — After a four-game winning streak ended 2021 on a high note, the Watauga Pioneers boys’ basketball team has opened 2022 with two straight losses.

Playing against a Spartans team that only had eight players dressed, the Pioneers pushed the pace early while keeping up with the visitors’ scoring.

A buzzer beater three from Wyatt Kohout gave the Pioneers the 17-16 edge at the end of the first quarter, but the Spartans were not going down that easy.

The Spartans were shooting well all night, but really kicked on in the second. While their three-point shooting was only 29 percent in the game, their 49 percent shooting from the field was miles ahead of Watauga’s 35 percent.

That smooth shooting helped South to a 28-27 lead entering halftime, but the narrow margin was indicative of a larger momentum swing.

The Spartans came out of halftime firing on all cylinders, while Watauga was struggling to keep up. Wily upperclassmen like Micah Turbett and Gresham Collins helped slow the Spartans down by forcing turnovers as the Pioneers nabbed nine steals on the day, but the Spartans had size to help keep control of the ball.

Throughout the game, the Spartans dominated the backboards, pulling in 29 rebounds to Watauga’s 19. The differential reared its head on both sides of the court as the Spartans kept getting second chances on offense while stifling the Pioneers on defense.

Heading into the fourth quarter trailing by six, the Pioneers started to drift further away from a comeback chance. All the Spartans had to do was keep rolling and they would secure the win.

South Caldwell put up 18 points in the fourth alone to seal the game and leave Boone with the blowout win.

Having dropped their conference opener, the Pioneers will have a chance to get their first in-conference win on Friday, Jan. 14, against Alexander Central. The Cougars (13-2, 1-0) head into the game on the back of a 20-point blowout win against Ashe County on Jan. 11.