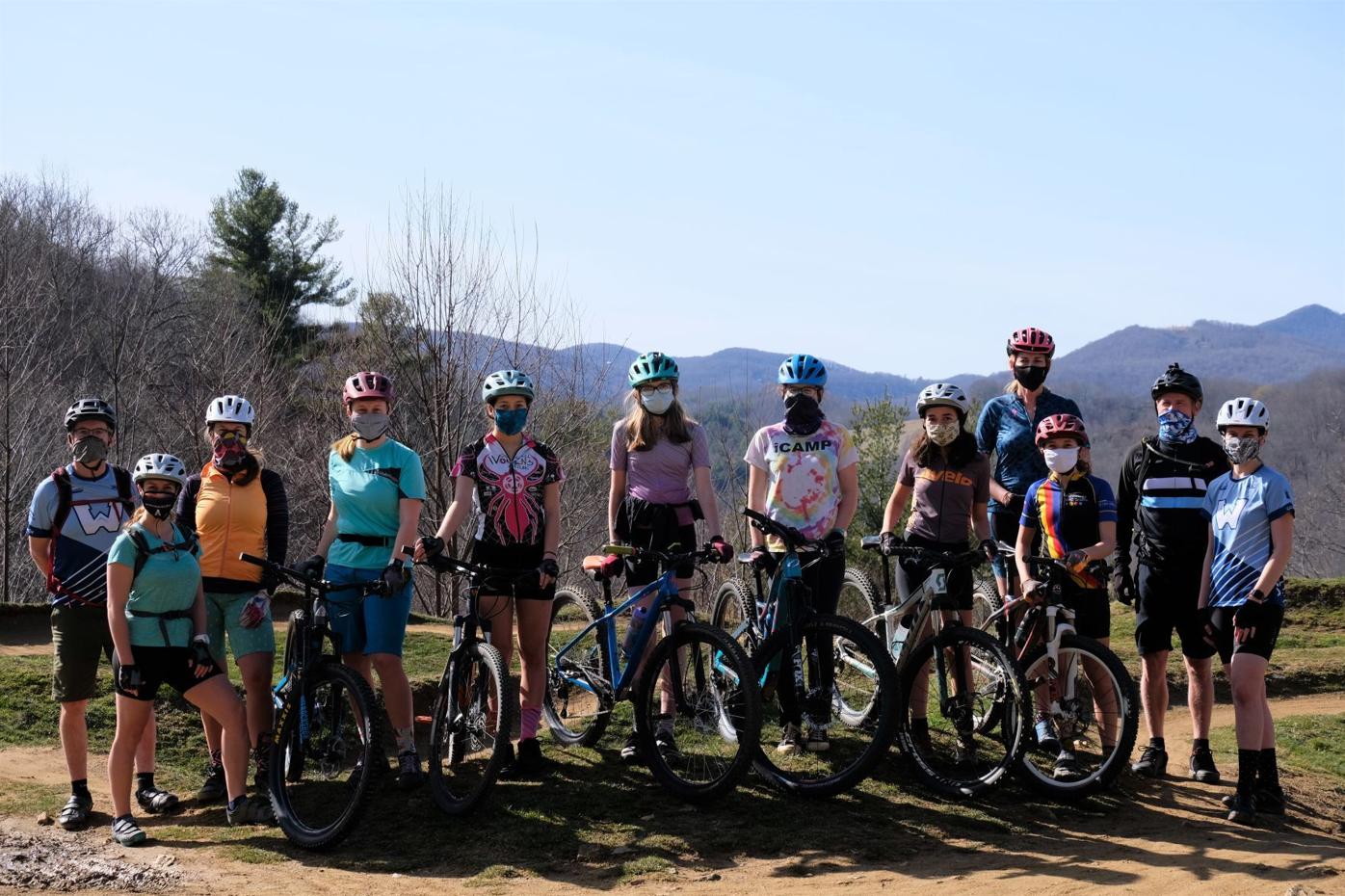 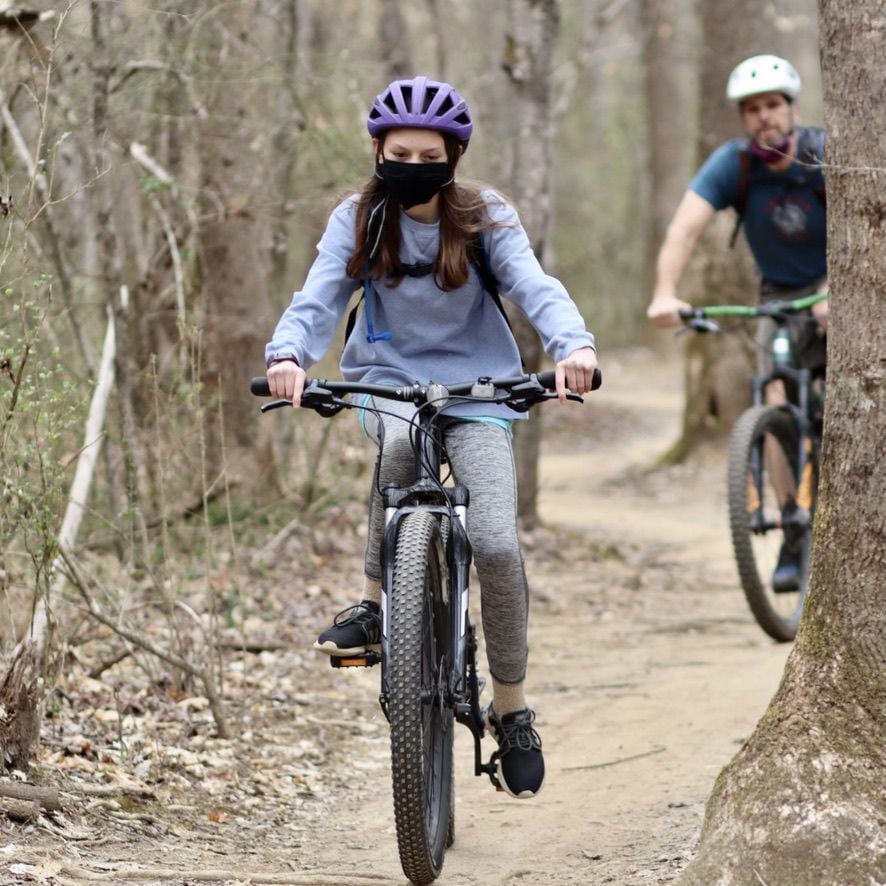 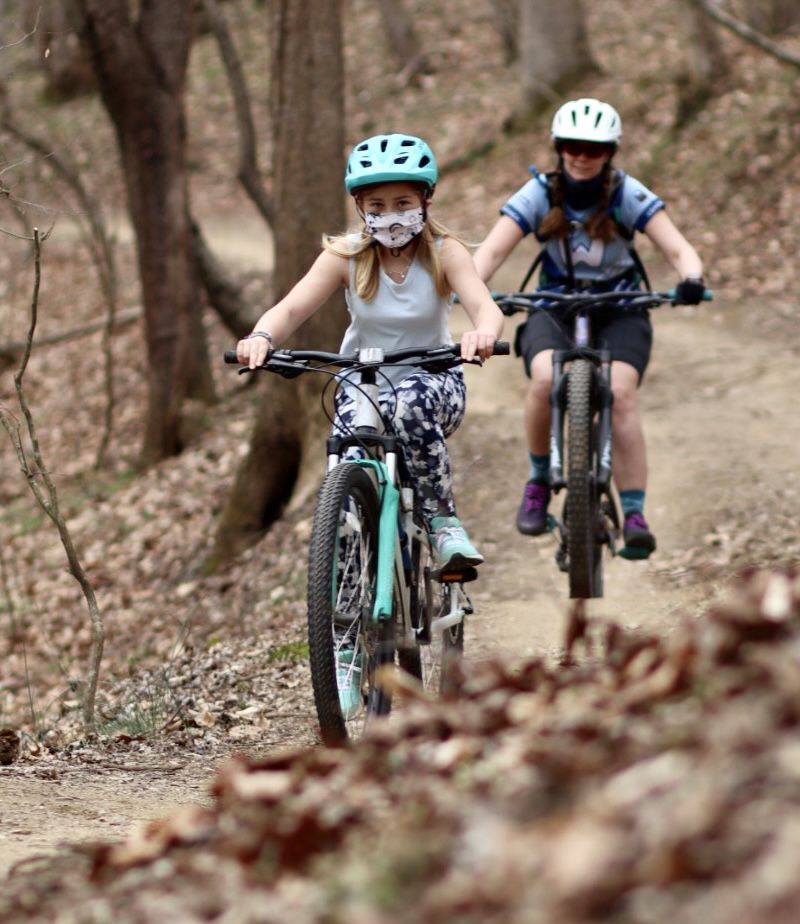 BOONE — In their 2019 Highlights package, the National Interscholastic Cycling Association announced they had 22,500 student-athletes participate that year.

However, only 20 percent of their members are girls, according to NICA, which reflects the 15 percent female participation in mountain biking, according to a study from the National Institute of Health. NICA has been working since 2018 to increase the percentage of female riders through their program, GRiT.

Standing for Girls Riding Together, the program aims to see a 33 percent female participation number by 2023, but that number has already been eclipsed by the NICA team in Watauga. According to team director Jeff Cathey, 14 of the 34 riders are girls while women hold nine of the 22 coaching positions in Watauga.

“We have a solid group of women coaches this year, so we were really able to branch out and get the word out about NICA,” Co-Head Coach Audie Earnst said. “We were able to showcase, since we have these women coaches that are volunteering with us this year, that mountain biking isn’t is not just for males; it’s for anyone of any gender and whoever wants to join.”

The team’s female rider coordinator, Jennifer Williams, said a hurdle the sport has faced when it comes to female participation is its perception.

“It’s not a dangerous or scary sport, and sometimes females might think that,” Williams said, adding that it has been important for girls to be exposed to the sport when they’re young and see it for what it is. “Me personally, I learned the most from fellow female rider,s and so I’m glad I’m able to encourage more females to get involved at a younger age.”

Sixteen-year-old team member Sophia Llibre, a first-year member of the team who has been riding for four years, said what draws her to the sport is the connection to the outdoors and her fellow riders.

One of Llibre’s coaches, Paige Rice, said working with the girls in a sport like mountain biking has been a rewarding experience.

“Having the opportunity to work with middle school and high school-aged girls is always cool,” Rice said. “In a sport that’s predominantly male, I think that it’s neat to be a part of something that’s empowering girls to have courage, be brave and encouraging a more adventurous side of them.”

One thing that has been missing this season is the competition. NICA usually has a racing season, putting riders’ skills to the test while building them up as individuals. With the COVID-19 pandemic still around, races had to be put on hold.

Fifteen-year-old Julia Mawhinney, who joined the team as the only girl and has watched it grow, said that while not having the competition is a shame, it is not the only thing in the world.

“The nice thing about NICA is that it’s not about racing all the time, it’s really about getting out and riding together,” Mawhinney said.

Williams said that in a season with no competition, the other aspects of NICA get to shine, be it the socialization, personal growth, trail work or just the love of the outdoors.

The Watauga NICA team is in its fourth season and competes in the North Carolina Interscholastic Cycling League, which was founded in 2015.