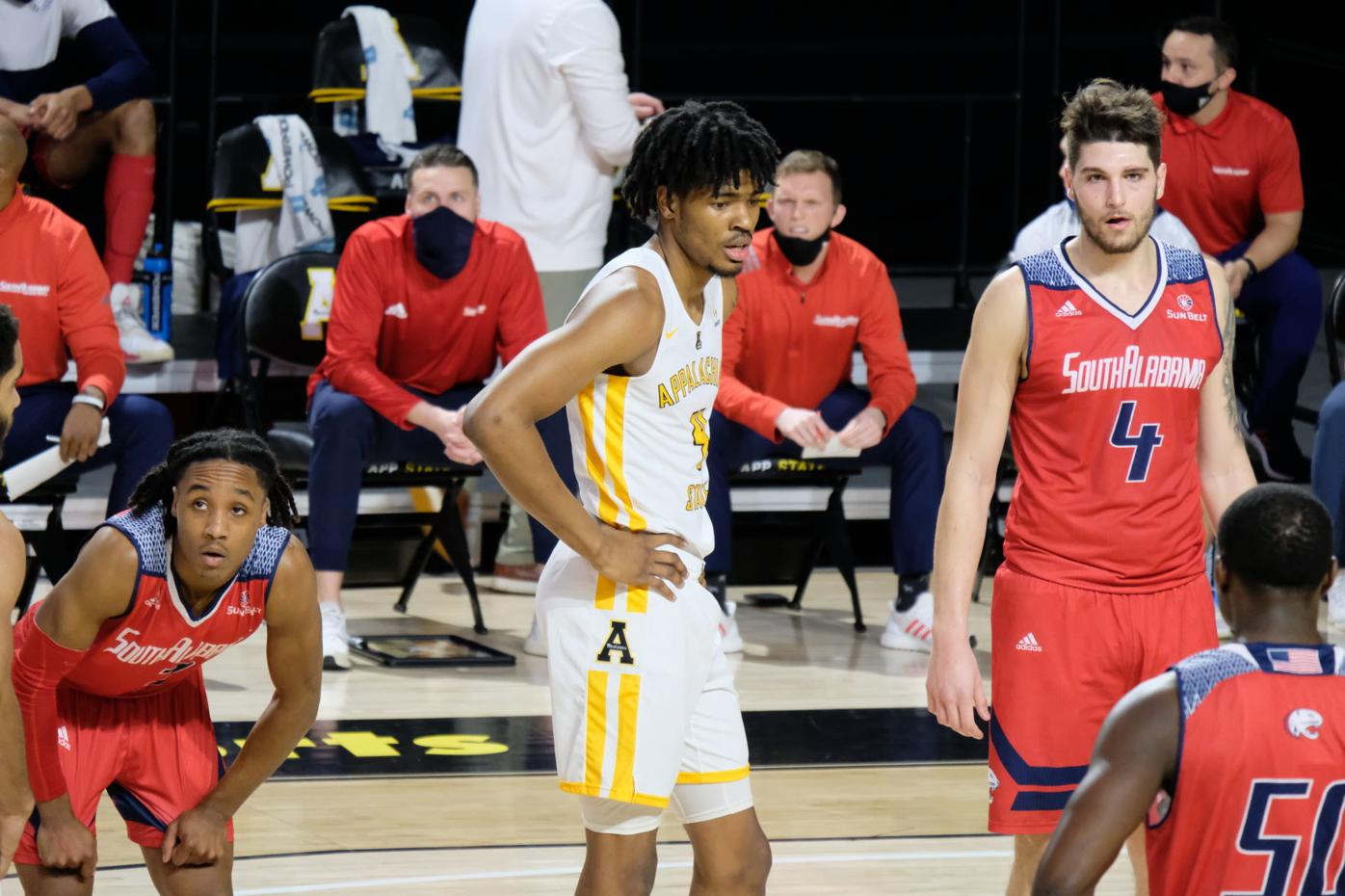 R.J. Duhart (4) waits for the free throw against South Alabama on Feb. 19. 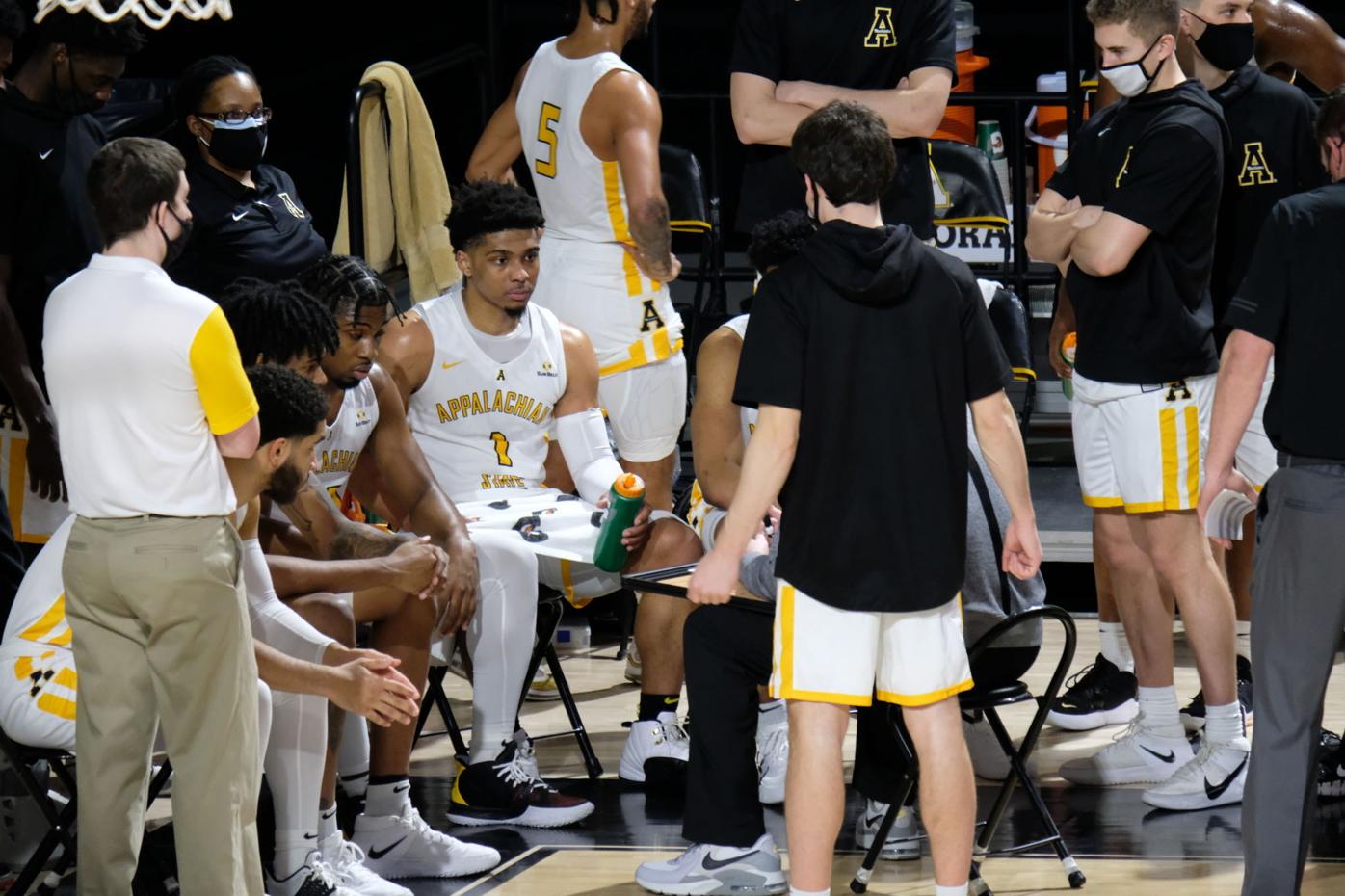 The Mountaineers missed four of their scheduled games after a COVID-19 exposure, meaning getting into a rhythm early was key.

R.J. Duhart (4) waits for the free throw against South Alabama on Feb. 19.

The Mountaineers missed four of their scheduled games after a COVID-19 exposure, meaning getting into a rhythm early was key.

BOONE — In their first game of February, the Appalachian State Mountaineers men’s basketball team failed to hold off the South Alabama Jaguars in a 65-63 loss at home on Feb. 19.

Prior to the matchup with the Jaguars, the Mountaineers (12-8) had gone more than two weeks without playing after a COVID-19 exposure put the team on ice. Due to the enforced break, App had two games against Georgia State postponed and a pair against Coastal Carolina canceled.

“Three weeks off is difficult without a game,” Mountaineers Head Coach Dustin Kerns said. “I don’t think we were as rusty as it may have seen, I thought our guys have done a good job of practicing and kind of easing back into it.”

From the start of the game, it was a physical battle, with comparable size meaning it was toughness that won out. Kerns said his team likes games where it’s a mental toughness battle instead of just size, noting that he has a deep bench full of players who do not back down.

The Mountaineers battled for every rebound, having a narrow lead in total board but dominating the offensive glass.

Guard Justin Forrest led App offensively in the first half, putting up nine points on three made shots from beyond the arc. The Mountaineers led 30-29 at halftime courtesy of a James Lewis Jr. layup as the clock expired.

Coming out of the half, the two teams never let their opponent get out to a good lead. In the first 10 minutes of the second, neither team could get their lead past four points.

While both teams managed to keep it close through most of the game, the Mountaineers fell off in the final 10 minutes. The Jaguars kicked off a 10-0 run while the Mountaineers went more than two minutes without a score.

During the run, Kerns was issued a technical foul after kicking a video board on the front of the scorer’s table. Kerns noted his issues with the refereeing after the game, especially with a shot from Forrest that was not called a three. Forrest finished with a game-high 20 points.

The Mountaineers responded in the waning minutes, going on a 7-0 run while the Panthers found themselves in foul trouble. Michael Almonacy sank three free throws to make it 65-63, and a rebound gave the Mountaineers the ball with 21 seconds left.

Missed shots by Forrest and Almonacy nearly ended the Mountaineers’ chances, and a jump ball gave them a final chance that did not succeed as they lost the tight bout.

The Mountaineers didn’t have to wait long for their next matchup as their next game was another home match with the Jaguars on Saturday, Feb. 20.