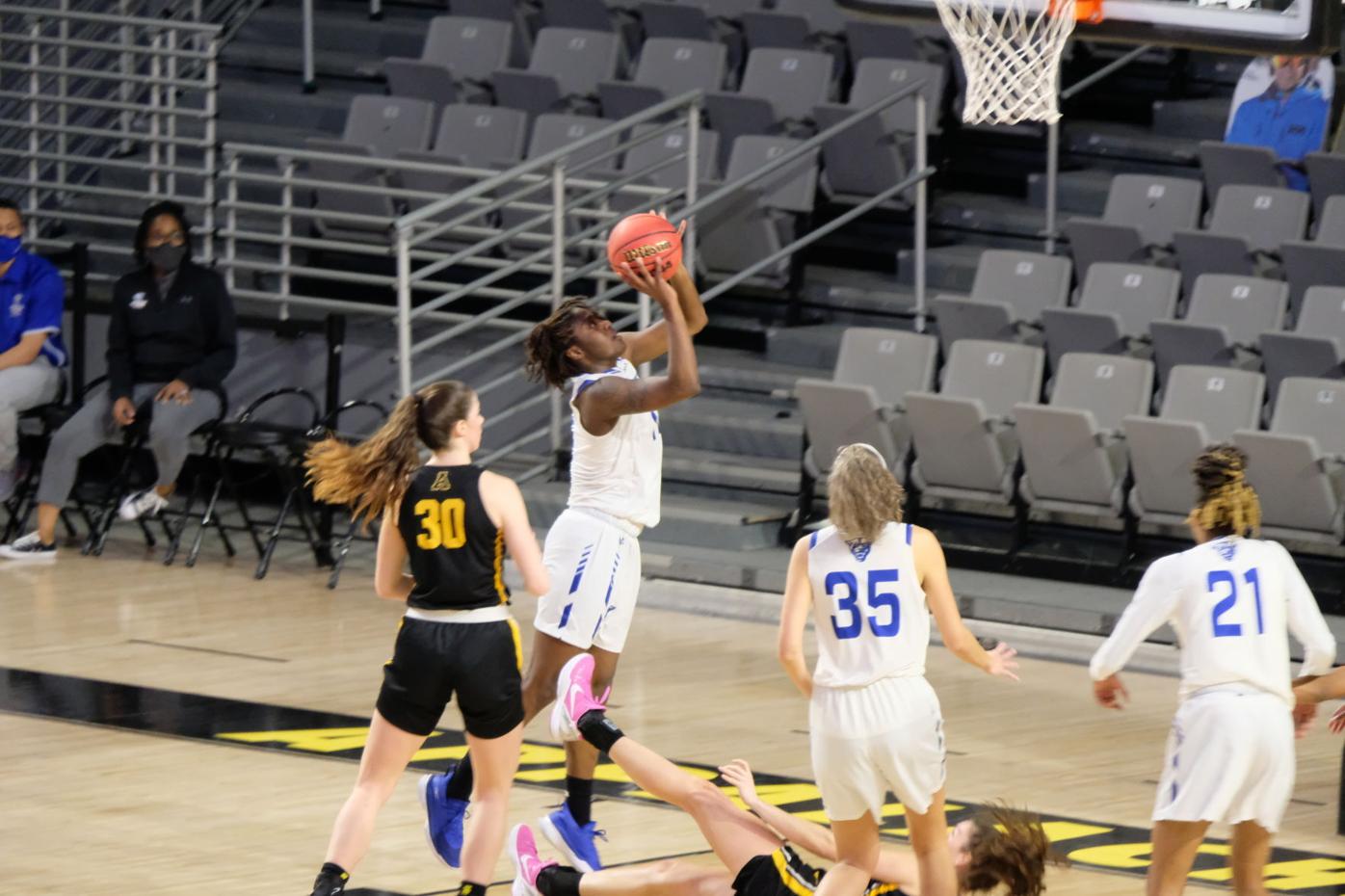 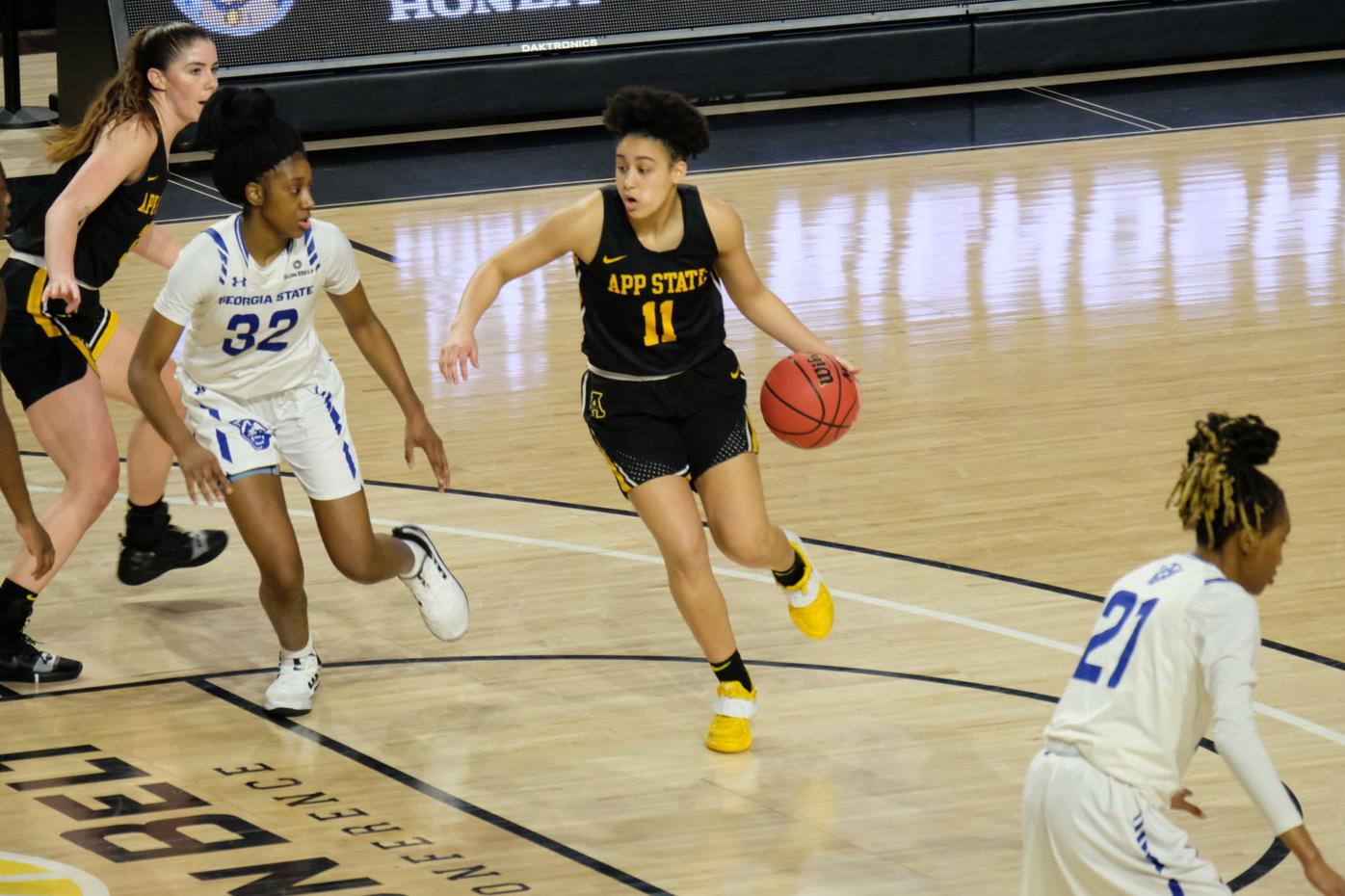 Faith Alston (11) drives inside against Georgia State on Feb. 6.

Faith Alston (11) drives inside against Georgia State on Feb. 6.

BOONE — For the fourth game in a row, the Appalachian State Mountaineers lost on their home court, with the most recent being a 50-48 defeat at the hands of the Georgia State Panthers on Feb. 6.

Heading into the game, App (8-10) needed a win to not only avenge a loss to the Panthers (9-6) from the day prior, but also snap a three-game skid.

The Mountaineers found themselves in a hole early due in large part to their poor first quarter shooting. In the first, App shot 20 percent from the field — making only one of their final 11 shots — and did not connect on either of their three-point attempts.

After Stanley’s streak however, both teams cooled off offensively. However, the Mountaineers were able to score enough to cut the deficit to 27-21 at the half. The Mountaineers shot 24 percent from the field in the first half, but had more rebounds and less turnovers than their rivals.

As the Mountaineers worked to claw their way back into the game, they found their breakthrough in the third. Tough shots from Jackie Christ and Janay Sanders set the Mountaineers up for a chance to get a lead. After being down by as much as 14, the Mountaineers headed into the final quarter only down by six.

When Sanders drilled a mid-range jumper to make it 48-47 with less than three minutes remaining, she capped an 11-0 run that gave the Mountaineers their first lead of the night. Head Coach Angel Elderkin said after the game that Sanders’ recent play has been impressive, earning herself more minutes as an impact player.

After Taylor Henderson tied the game back up for the Panthers, the Mountaineers failed to grab the lead back and only 18 seconds were left on the clock. With a spinning layup inside, Georgia State forward Taylor Hosendove floated in a layup to beat the buzzer and secure a 50-48 win.

With their season sinking, Elderkin said it might be time to shuffle.

“We might look at making some changes to our lineup, maybe putting in a couple different things to our offense but we kind of are who we are defensively,” Elderkin said. “The post play has been something that’s really been not-so-great for us, so we just got to continue to work it. There were just stretches where we didn’t do a lot of things well.”

The next chance the Mountaineers will have to right the ship will come Wednesday, Feb. 10 on the road against the 3-8 Coastal Carolina Chanticleers.