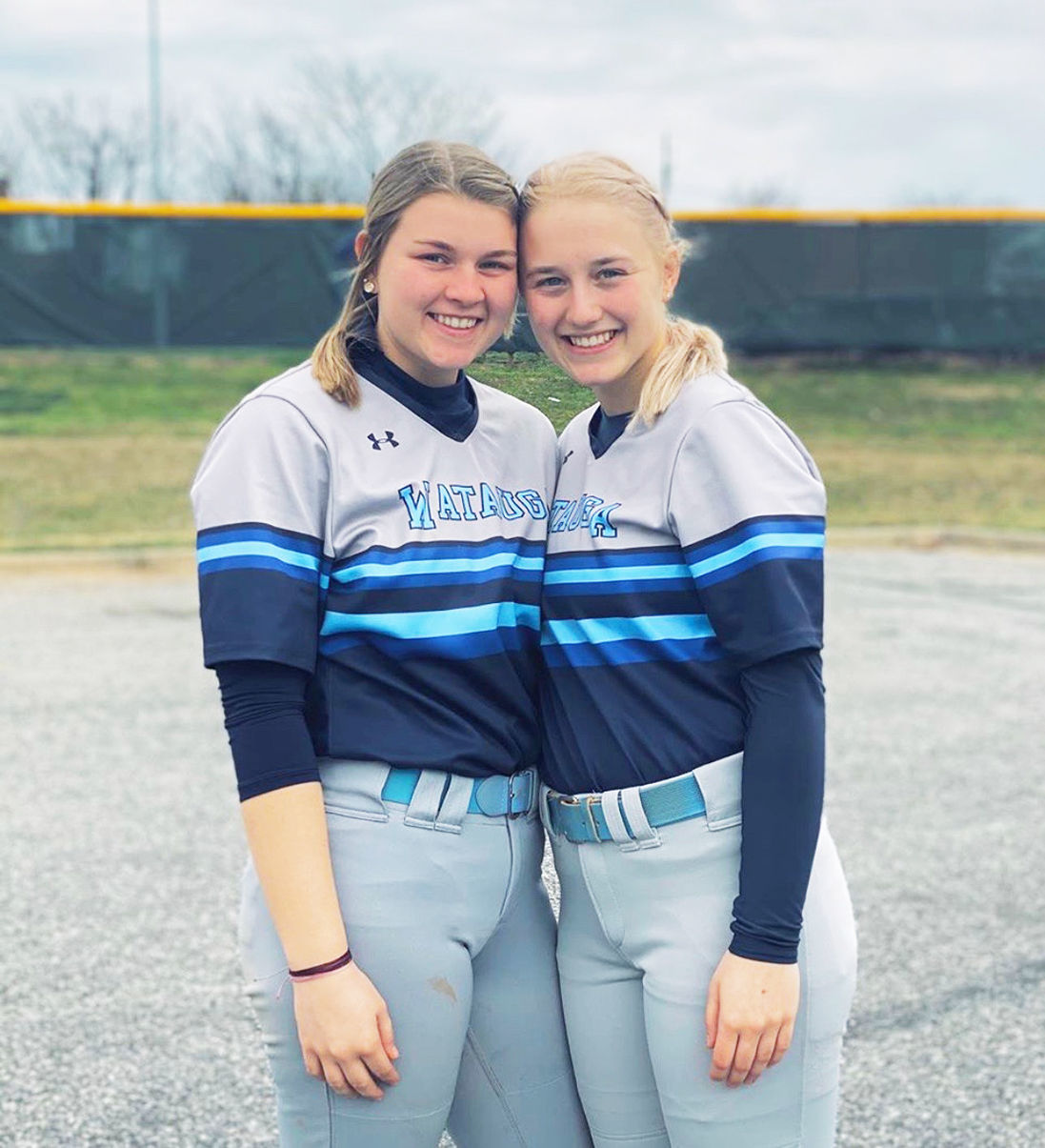 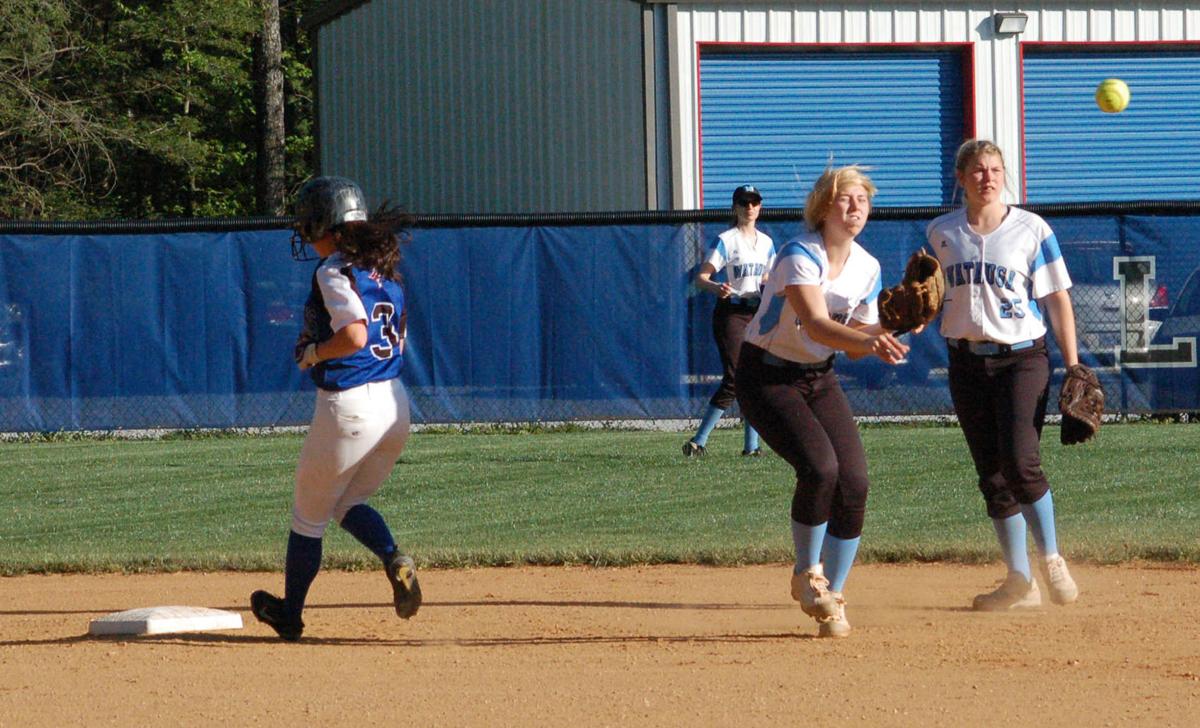 Watauga shortstop Marlie Stilwell turns a double play in the first inning in front of teammate Taylor Lipford, right, and McDowell runner Hannah Shelton. Stilwell and Lipford, both seniors, were honored by the WHS athletic department on April 27.

Watauga shortstop Marlie Stilwell turns a double play in the first inning in front of teammate Taylor Lipford, right, and McDowell runner Hannah Shelton. Stilwell and Lipford, both seniors, were honored by the WHS athletic department on April 27.

BOONE — Watauga’s athletic department was looking for a way to honor its athletes that are in the graduating class of 2020.

The softball team was first as its seniors Marlie Stilwell and Taylor Lipford were honored. Their jersey numbers, Lipford’s No. 25 and Stilwell’s No. 17, were painted onto the field, and the lights were turned on from 8-8:15 p.m. The year 2020 was also illuminated on the scoreboard.

A video that included a slideshow of photos featuring the two players, teammates and families was made by coach April Yandle and downloaded to YouTube. Videos and photos of both players from their families were included. The music that was played before while they would walk to the plate was also played on the video.

Tributes from their teammates and some final thoughts from Yandle were also included. Yandle also delivered some gift baskets, which are usually given to the seniors on Senior Night, to Stilwell’s and Lipford’s houses.

Both seniors were four-year starters with the Pioneers. Stilwell played her entire prep career at shortstop and Lipford played second base in her four years at Watauga.

Stilwell gets another chance to play softball since she signed a letter of intent to play at Belmont-Abbey College. Lipford, who was also a starter on the Watauga girls’ basketball team, will attend East Tennessee State University. Yandle said Lipford may walk on to the ETSU program.

“You can see how they have developed from where they were their freshman year to where they are now as players and as people and as women,” Yandle said. “There’s not one moment per se that sticks out. Just getting to see them grow and because they played all four years on the varsity in the same position and seeing the progress and how they’ve become leaders.”

Watauga’s season was cut short March 12 after a 3-0 loss to Alleghany one day earlier. The Pioneers got out to a 0-6 overall start, 0-2 in the Northwestern Conference with losses to traditional power Alexander Central and defending 4-A state champion South Caldwell.