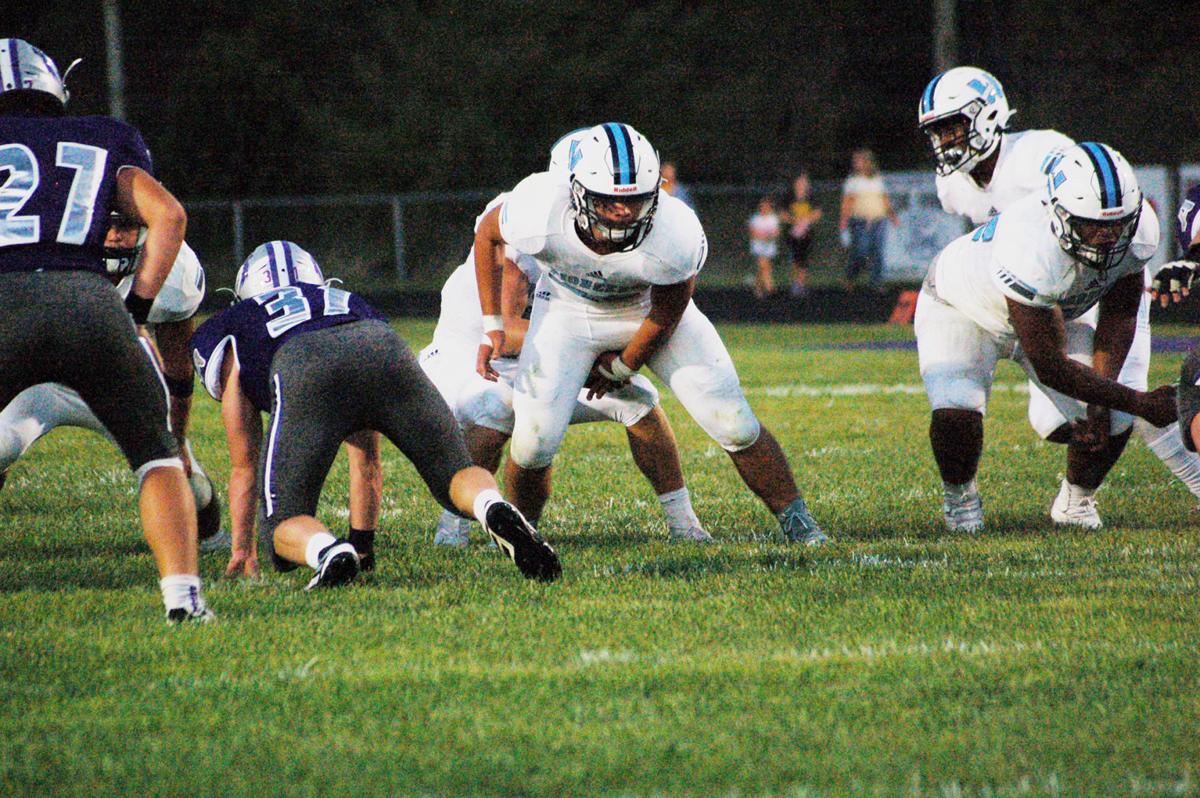 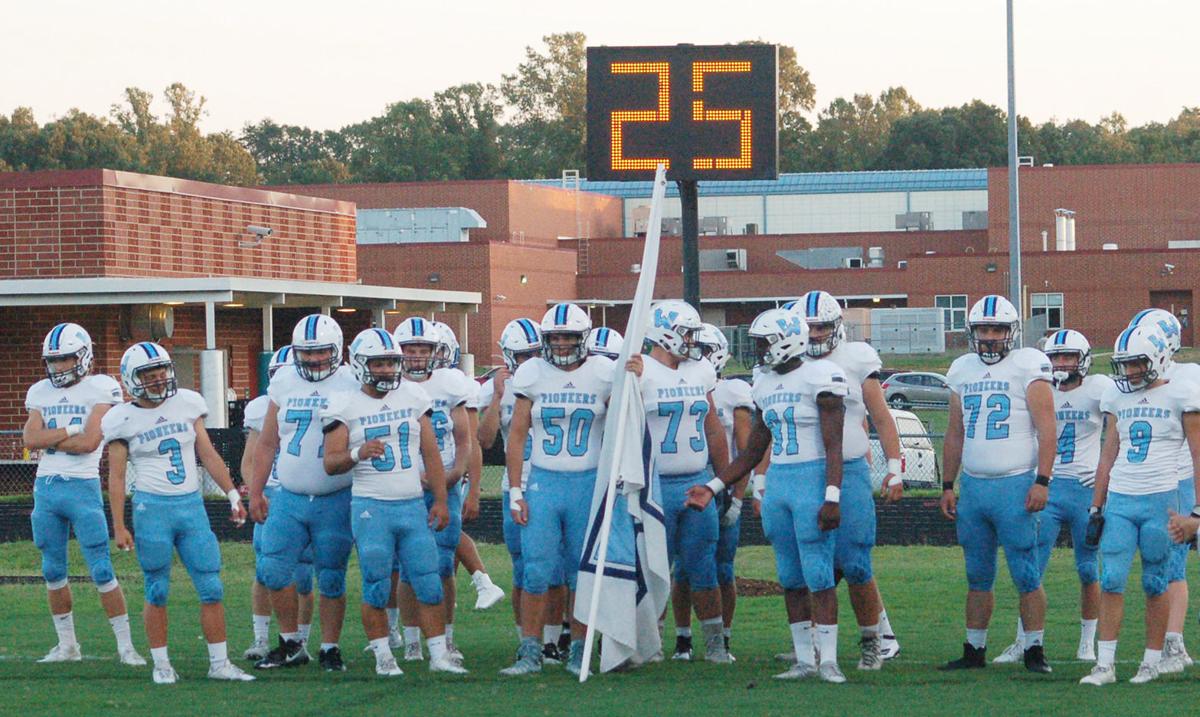 The guys clearing the running lanes — the Watauga offensive line — is not as known. The Pioneers’ center Sterling Sauls is a three-year starter and has been a fixture in the Watauga lineup. Sauls is not the biggest lineman — he stands 6-foot-2, 210 pounds — but he is the team’s center, which means he touches the football every play.

Sauls’ job as the team’s center includes tasks that often get overlooked. For starters, it’s Sauls’ job to line the Pioneers up if they huddle. Then it’s his job to know the snap count. If Sauls forgets, there is a good chance that the Pioneers will commit a penalty and be sent back five yards.

Then Sauls has to snap the ball, often with Castle five yards behind, but move forward to block somebody at the same time. Before the snap of the ball, Sauls has to call the blocking assignments for the offensive line according to how the defense is lined up.

All of that must be done before the 30-second time clock expires.

“Between me and Anderson we can call the majority of the blocking,” Sauls said. “Anderson calls the wingbacks and I’ll call out fronts and give double team calls.”

Most of Watauga’s offensive linemen also play defense, but Sauls concentrates on center. It’s an anonymous way to play high school football, but Sauls knows that Castle, Bond or anybody carrying the football won’t get far without the help of the offensive line.

“That’s what linemen do,” Sauls said. “We’re not going to get a lot of credit for things. We may have a touchdown run and get our name in the paper. When they do something good, that’s all of us.”

Watauga’s line has been clearing the way for their teammates, who have been posting big numbers. The Pioneers’ running game, generally a popular indicator of the success of an offensive line, averages 392.1 yards per game. In comparison, Watauga’s opponents average just 133.2.

Sauls said he used to think he could gain those yards and score those touchdowns, but those dreams have changed to clearing the running lanes so others can do the honor.

“I used to think maybe I could, but I kind of got a little smarter,” Sauls said. “I’ll leave that to them and I’ll block for them. They’ve got the speed.”

Watauga has an offensive line that features two big players, namely Dakota Silvers (6-4. 290) and Grant Lawrence (6-3, 280). Watauga’s line doesn’t necessarily line up to overwhelm defensive linemen, but relies on technique and following their assignments and knowing who to block.

Watauga’s system runs the veer option, which means that the linemen have to know who to block and who not to block, since that defender will be the player Castle options off of. To help, Watauga often double teams defenders when needed.

“I’ve always been a lineman that is not as big as anybody else,” Sauls said. “It doesn’t bother me. You just have to be smart about and watch film and do all that and you can block anyone.”

All of the preparations Sauls can do often change over the course of a game. It’s important to adjust during the game, or the Pioneers’ offense can suffer. Time in the classroom, especially watching film, helps prepare Sauls for the games on Friday night.

“Sometimes they do different stuff that can change,” Sauls said. “When you’ve been watching film all week, you can learn what type of lineman they are. You can figure out if they are a bull rusher or if they spin a lot, so watching film helps a lot.”

Watauga was seeded No. 2 in the state 3-AA western bracket in the NCHSAA playoffs. Watauga opened with Cuthbertson at Jack Groce Stadium and prepared for the playoffs by finishing 10-1 in the regular season and 7-0 in the Northwestern Conference to win the league championship.

Sauls feels the line has improved each week, which includes improvement from when the Pioneers lost to Reagan, but scored 35 points against the 4-A power.

“McDowell and Freedom, those were pretty good games for us,” Sauls said. “Reagan was just a great game. It was the beginning of the year, so we were still getting used to everything. We did a good job and they were a very good defense, but we could have done better. That game gave us a lot of stuff to improve on for the rest of the year.”

Four of the Watauga offensive linemen — Sauls, Silvers and guards Adrion Cassidy and Matthew Grambow — are seniors. Lawrence is a sophomore. Linemen are traditionally tight-knit and Watauga’s is no different.

“This line has been together for a while, for the most part, since sixth grade,” Sauls said. “We don’t get a lot of credit, but we all know what we’re doing and we do what we do.”

What they do is pave the way for the Pioneers to win football games.