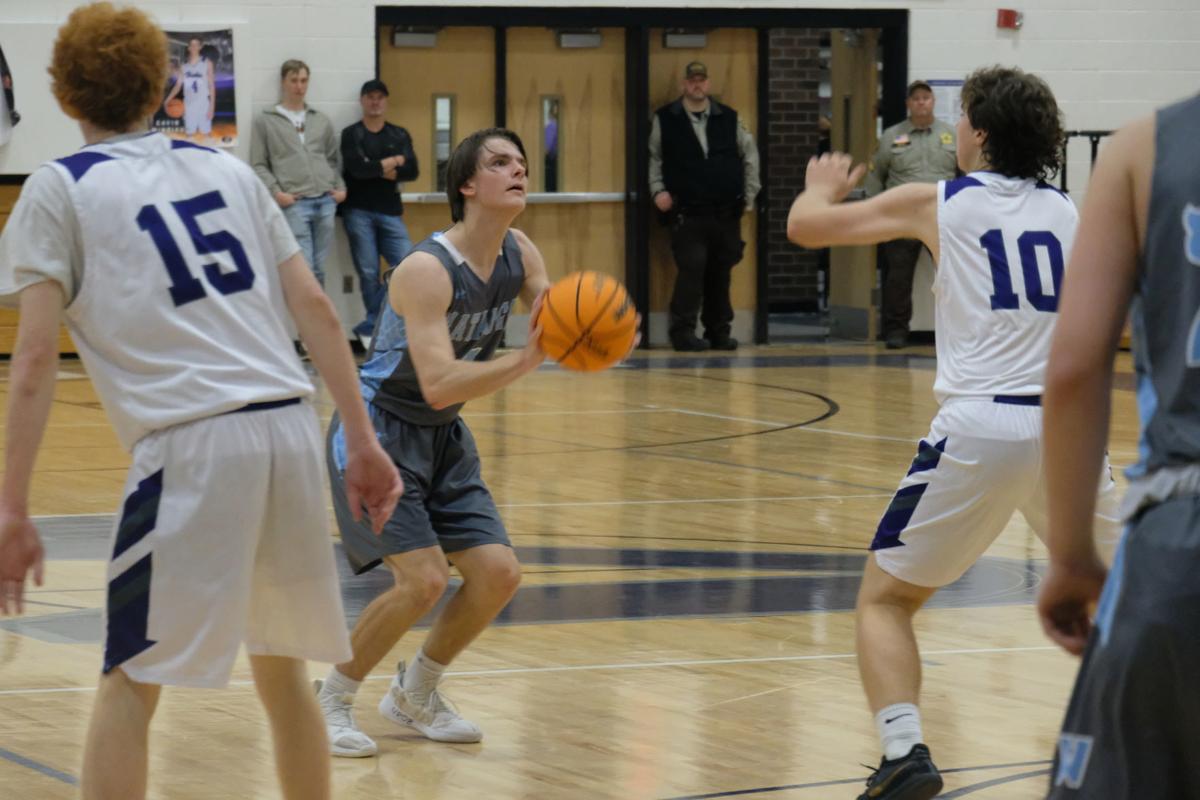 Andrew Freeman (4) takes a three-point shot against the Huskies Dec. 13. 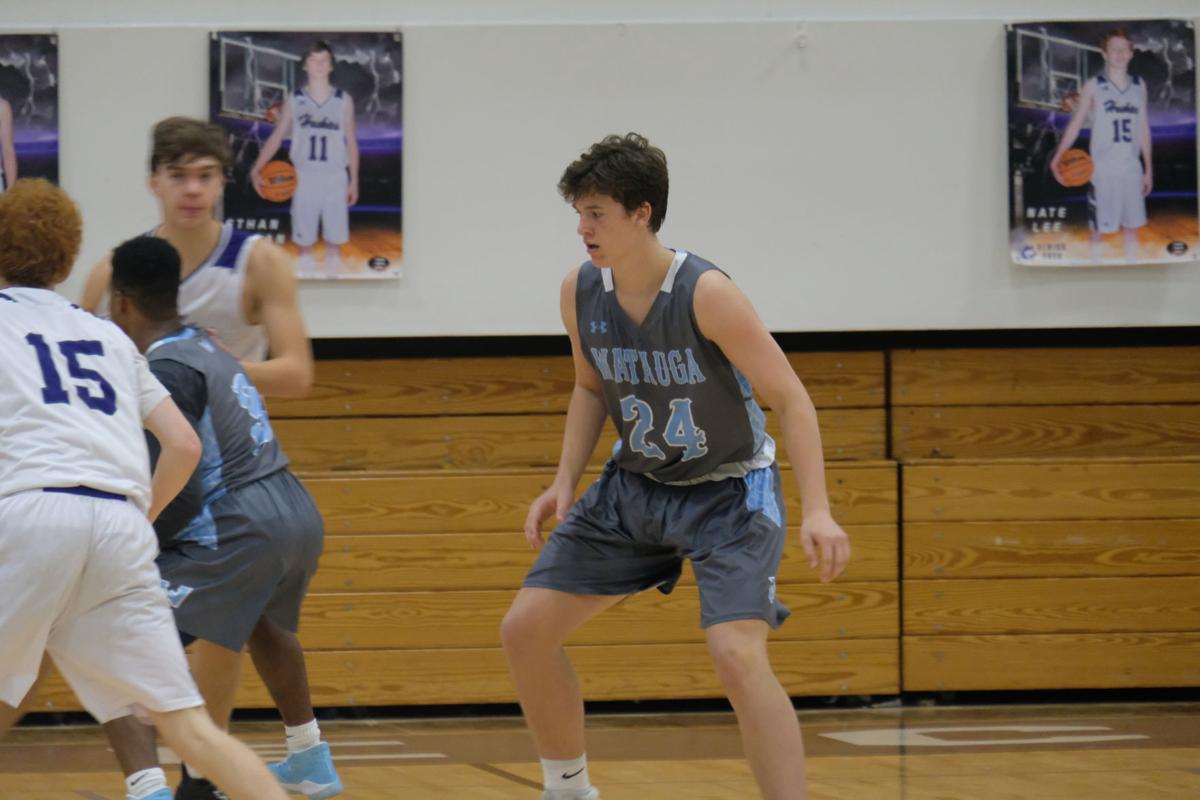 Jonah Martin (24) on defense against the Ashe County Huskies Dec. 13.

Andrew Freeman (4) takes a three-point shot against the Huskies Dec. 13.

Jonah Martin (24) on defense against the Ashe County Huskies Dec. 13.

WEST JEFFERSON — The Watauga boys’ basketball team beat Ashe County for the eighth straight time in a 63-45 game that was never close.

The game marked the return of Ashe’s Austin Poe, who was recovering from wrist surgery in recent weeks.

Jake Sears got Watauga (3-2) off the mark with a wide open 3-pointer with the first shot of the game. The basket started a scoring run that the Huskies (1-5) could not keep up with.

“Hot shooting from Jake to start, which fires this team up,” Watauga coach Laura Barry said after the game. “They love it when he goes off like that.”

Sears’ hot start helped the Pioneers jump out to a 23-12 lead at the end of the first quarter.

Watauga kept its hot start going in the second quarter by going on run after run to keep the lead too big for the Huskies to overcome. Ashe struggled to get its shots to fall, and Huskies coach Nathan Colvard said Ashe was unable to find the intensity they needed on defense.

While they were down 41-26 at the half, the Huskies kept fighting their way back into the game, repeatedly getting their deficit down to single digits. Watauga was not letting their lead slip by forcing turnovers and shooting effectively to lead 52-36 at the end of the third.

“We did a good job of moving the ball and getting to the rim,” Barry said. “I thought we missed a decent amount at the rim that were good looks, so I was happy with our shot selection.”

Despite late scores from Poe and Colby Greer, the Huskies never managed to dig themselves out of the double-digit hole they found themselves.