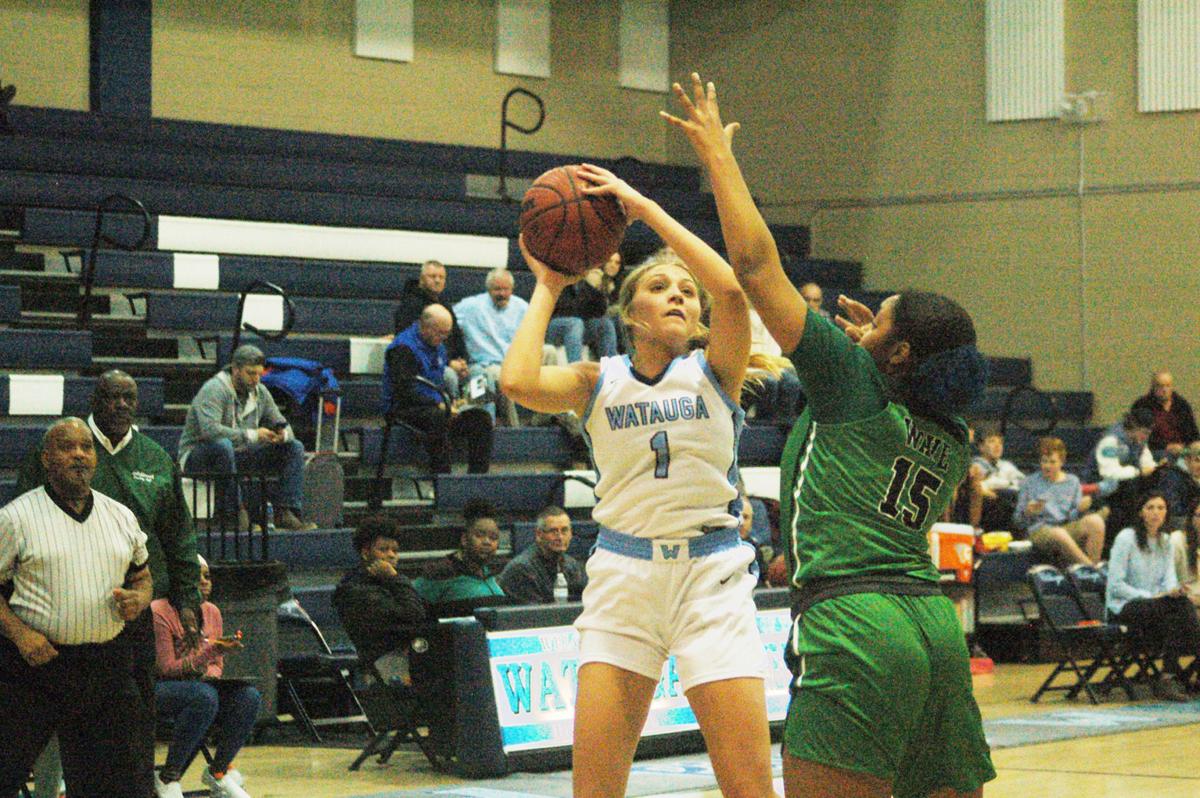 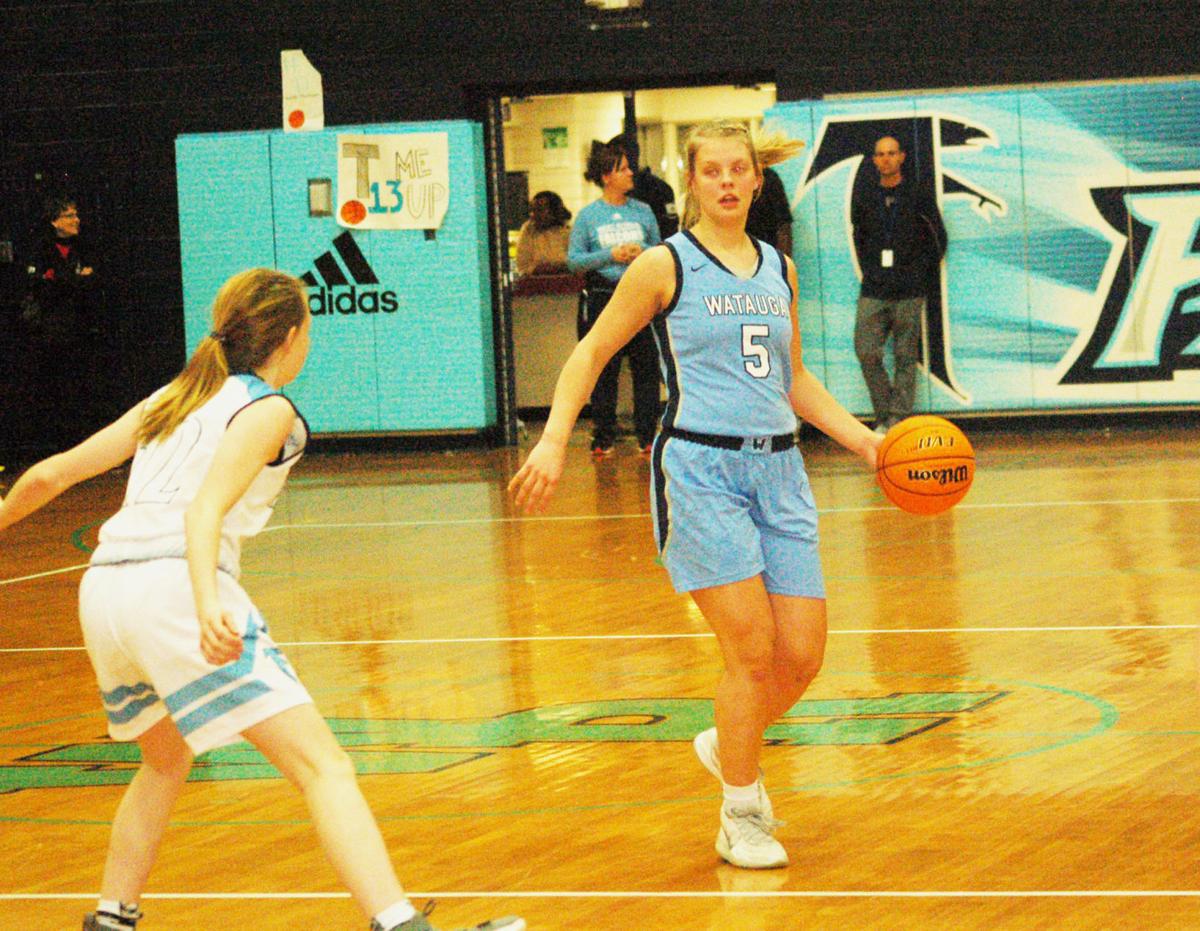 Rebekah Farthing (5) was named All-NWC by the league’s coaches.

Rebekah Farthing (5) was named All-NWC by the league’s coaches.

HICKORY — Watauga’s Rebekah Farthing and Brooke Byrd were named to the All-Northwestern Conference teams by the league’s coaches.

Farthing and Byrd, who were both named to the league’s all-NWC volleyball teams in the spring, were two of 13 players named to the team. Freedom’s Blaikley Crooks was the Player of the Year, while Freedom coach Amber Reddick was named Coach of the Year.

Watauga finished 18-9 overall, 8-4 in the NWC and reached the second round of the state 3-A playoffs. The Pioneers fell to Cuthbertson 46-43.

Freedom finished with five players on the all-league team. The Patriots were the NWC champions with a 29-1 overall record, 12-0 in the conference. Freedom lost 49-46 to Southwest Guilford in the 3A western regional finals.

Hickory (21-7, 9-3) was second in the regionals and reached the third round of the regionals before losing 69-60 to Cuthbertson. The Red Tornadoes were represented by Finley Lefevers and Shelby Darden on the all-league team.