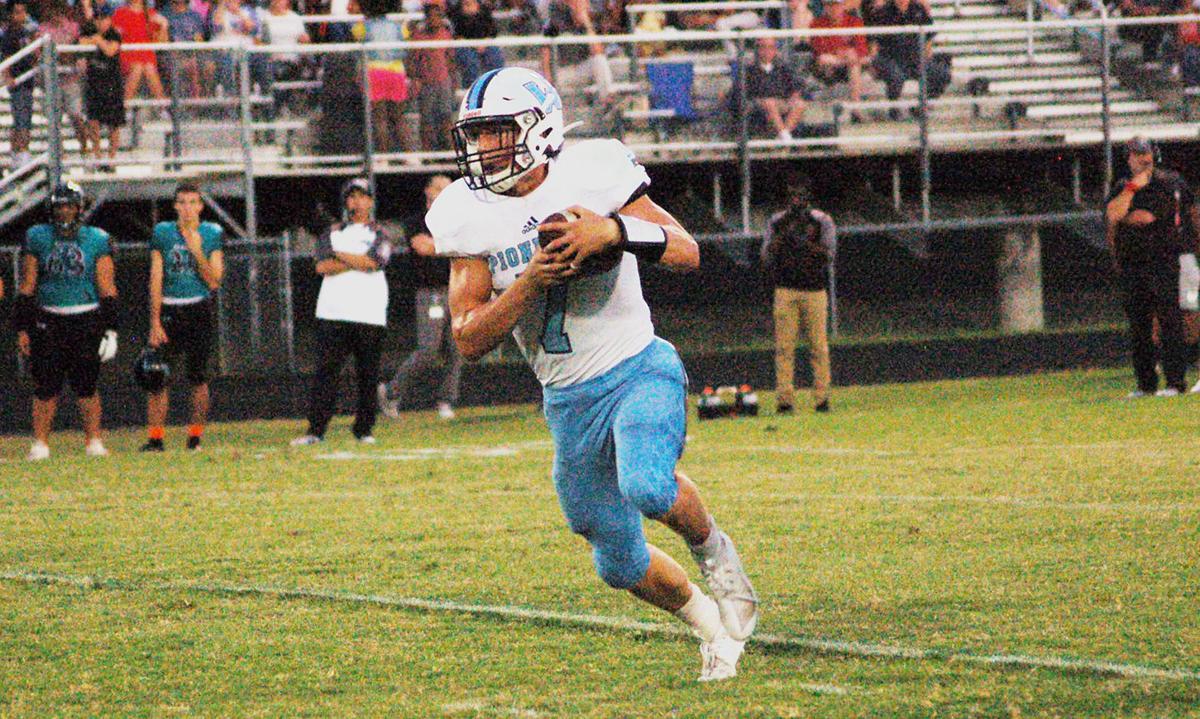 Watauga quarterback Anderson Castle was given the Trail Blazer Award. 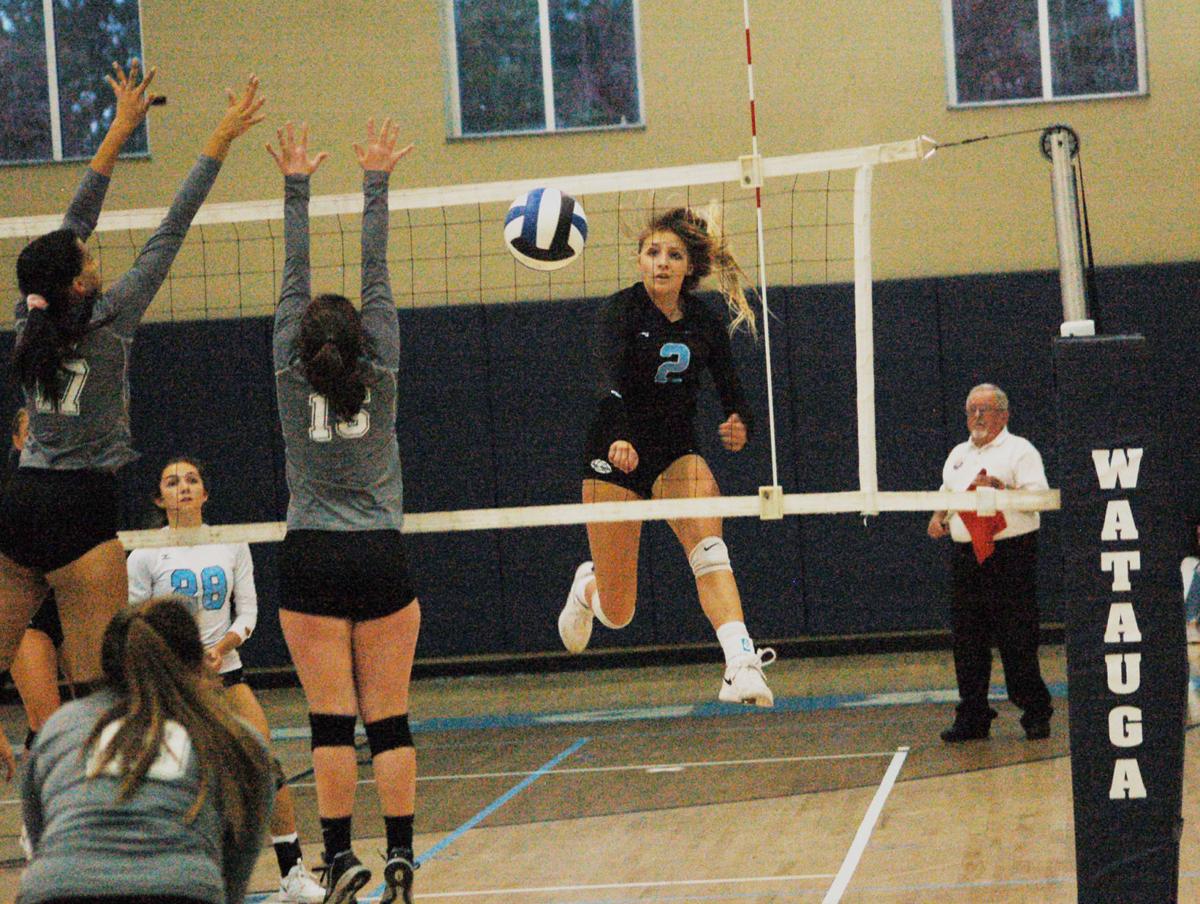 Watauga’s Brooke Byrd’s hits her kill attempt in front of teammate Chloe Baldwin (28) and around Stuart Cramer’s Kendra McMahon (17) and Chandler Harris (16). Byrd was given the Hall of Fame Award by the Watauga athletic department.

Watauga quarterback Anderson Castle was given the Trail Blazer Award.

Watauga’s Brooke Byrd’s hits her kill attempt in front of teammate Chloe Baldwin (28) and around Stuart Cramer’s Kendra McMahon (17) and Chandler Harris (16). Byrd was given the Hall of Fame Award by the Watauga athletic department.

BOONE — Watauga quarterback Anderson Castle won the Trail Blazer Award and Brooke Byrd won the Hall of Fame Award, both that are given to the top athletes at Watauga High School.

Castle was an All-Northwestern Conference football and basketball player for the Pioneers. He also played centerfield for the Pioneers this season before athletics were shutdown statewide because of the COVID-19 virus.

Byrd was All-Northwestern Conference in volleyball and basketball for the Pioneers. She also was on the Watauga track and field team in the spring.

Castle, who played quarterback and safety for the Pioneers’ football team, led Watauga to a 13-2 record and a berth in the 3-AA Western Regional finals. Castle was chosen to play in the Shrine Bowl and will attend Appalachian State on a football scholarship.

He also scored 28 points in the first half of a basketball game at Alexander Central.

Byrd led Watauga’s volleyball team to four straight NWC championships. Watauga did not lose a conference match in any of those years.