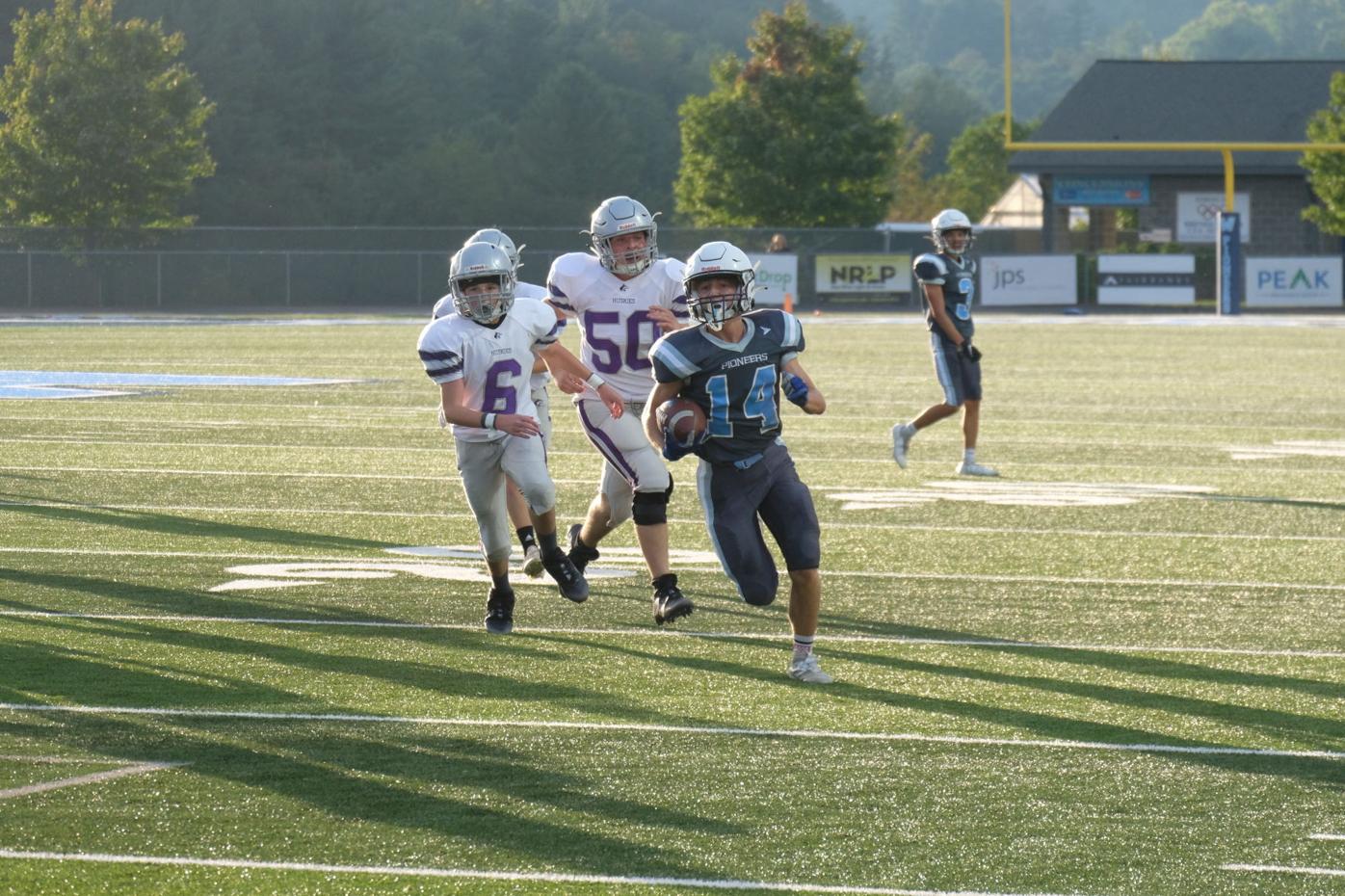 Watauga running back Ben Gosky (14) opened the scoring for the Pioneers in their 52-16 win over Ashe. 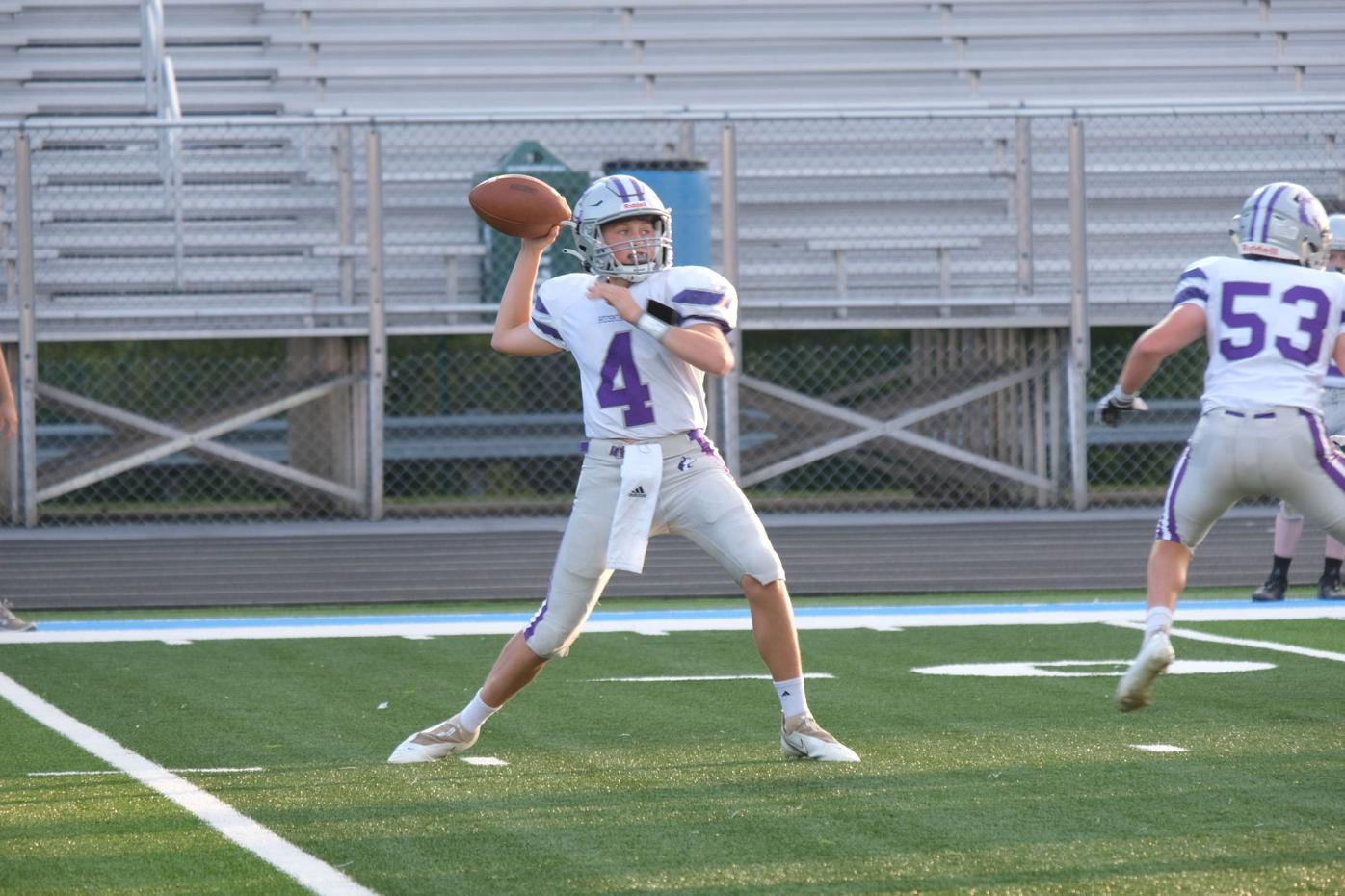 Blake Peters ran Ashe’s air raid offense against the JV Pioneers, but could not lead his team to victory on Sept. 17. 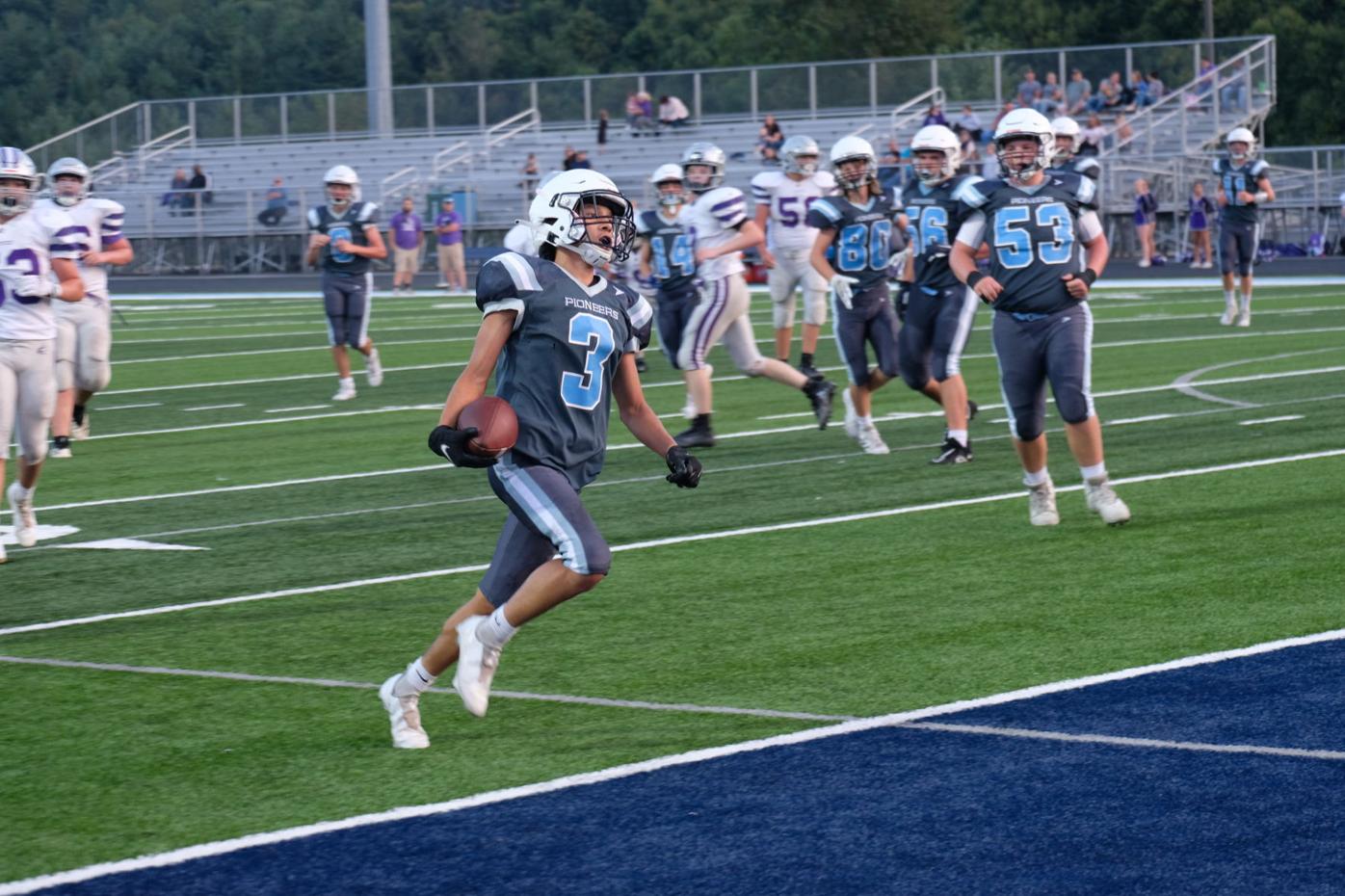 Watauga running back Christian Santiago was a key contributor in the JV Pioneers’ big win over Ashe, forming a lethal backfield duo with Ben Gosky that scored at will. 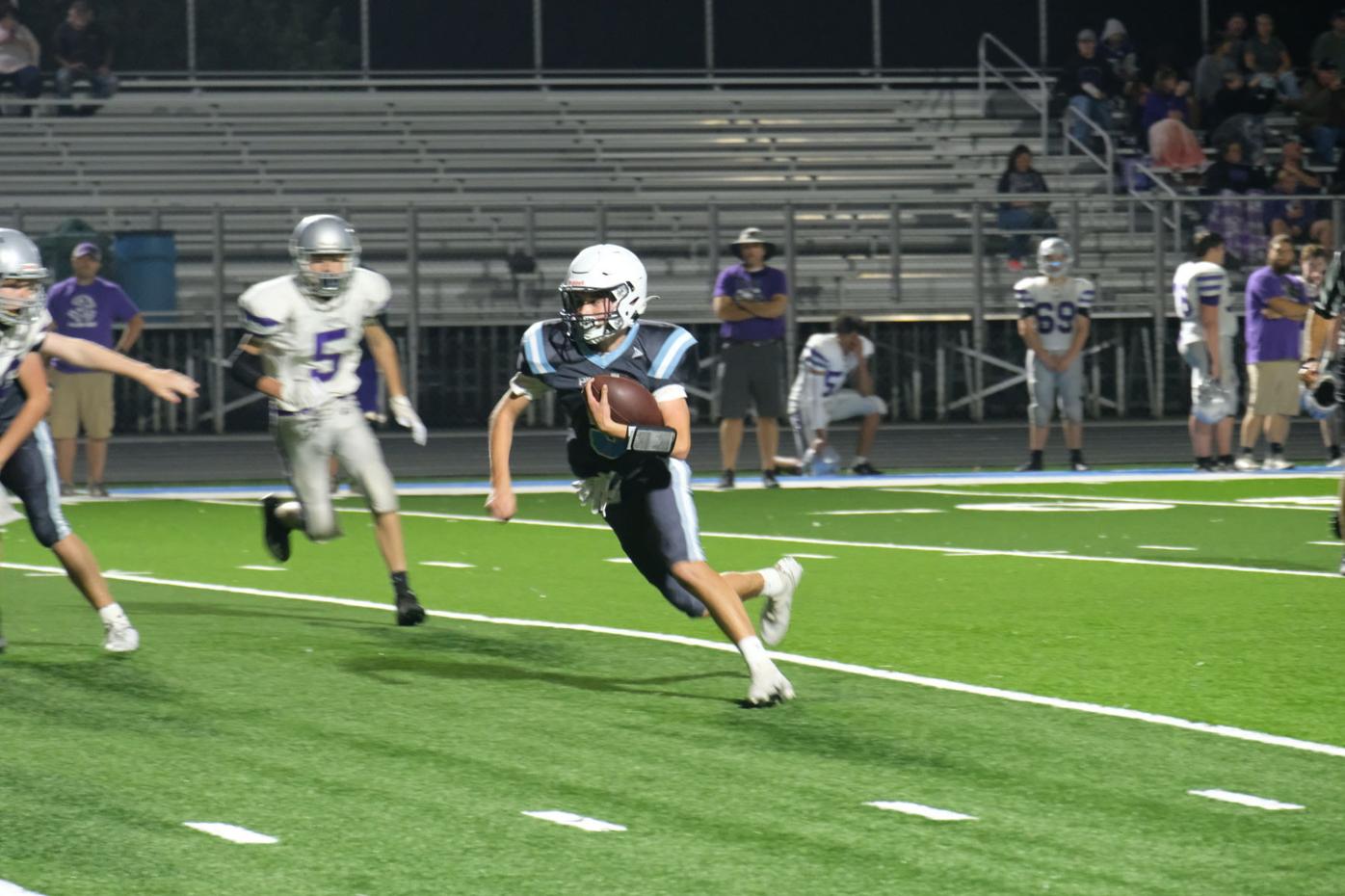 Watauga’s Matthew Habich capped of the JV Pioneers’ 52-16 game with a rushing touchdown in the waning minutes.

Watauga running back Ben Gosky (14) opened the scoring for the Pioneers in their 52-16 win over Ashe.

Blake Peters ran Ashe’s air raid offense against the JV Pioneers, but could not lead his team to victory on Sept. 17.

Watauga running back Christian Santiago was a key contributor in the JV Pioneers’ big win over Ashe, forming a lethal backfield duo with Ben Gosky that scored at will.

Watauga’s Matthew Habich capped of the JV Pioneers’ 52-16 game with a rushing touchdown in the waning minutes.

BOONE — In any sport, a rivalry game can be a tight battle as both teams look to send their fans home happy. Alternatively, they can be the Watauga Pioneers junior varsity football team's 52-16 domination of the Ashe County Huskies.

It had been two full weeks since the Pioneers played before they took the field on Thursday, Sept. 16, with their game a week earlier against Burns being canceled. Combined with a road game the week before, it was the Pioneers' first time playing at home since Aug. 26.

Head coach Marshall Thomas said that getting in the extra practices were good for the team's development and helping them work on issues from previous games. At the same time, the team lost starting quarterback Maddox Greene — who was called up to the varsity roster — and in stepped Luke Edmisten.

With the Pioneers running their signature style of ground and pound, Edmisten was tasked with piloting an option attack that was getting results early and often.

In the first quarter, Watauga capped drives with rushing touchdowns from Ben Gosky and Cristain Santiago to take a 14-0 lead. Meanwhile, the Huskies worked to get their air raid offense clicking and were steadily adding more and more yards to each drive.

By the time it finally got going, Ashe had fallen behind 22-0. The key for the Huskies became Ian Graybeal, who was not only a safe pair of hands for quarterback Blake Peters but also a big body that was hard to cover.

Graybeal put the Huskies on the board with a six-yard touchdown reception, but they still had some catching up to do if they wanted to make it a game.

That last push before halftime did not go as the Huskies intended. Late drives from both teams in the final minutes ended with turnovers. A Watauga fumble was answered with an Ashe interception, before the Huskies got the ball back with their own interception.

With Ashe getting the ball to start the second half, they had the chance to put together a drive and make it a one score game. Instead, the Watauga defense's bend but not break style stifled the visitors, while their offense caught fire.

Drive after drive, the Pioneers bullied their way through their rivals. As Gosky ran into the endzone with one minute left in the third, he scored Watauga's third touchdown of the quarter and gave them a demanding 44-8 lead.

Peters managed to put together a drive by hitting Graybeal with every chance he had, scoring a consolation touchdown in the end.

With under five minutes left, if Watauga needed another nail for Ashe's coffin, they got it from Matthew Habich. An easy run up the gut from the freshman was the finishing touch on the 52-16 blowout.

Thomas said that a big win over such a fierce rival makes for a good feeling all around, but it does not mean the team can be complacent moving forward.

"There's still a lot of things to fix, but obviously (the Pioneers) did do a lot of things right," Thomas said. "We demand — we expect — perfection on every rep, every day and on every play. That's what we shoot to it to achieve."

With an opening in the schedule for Thursday, Sept. 23, the Pioneers' next scheduled matchup is a road game against South Caldwell on Sept. 30.