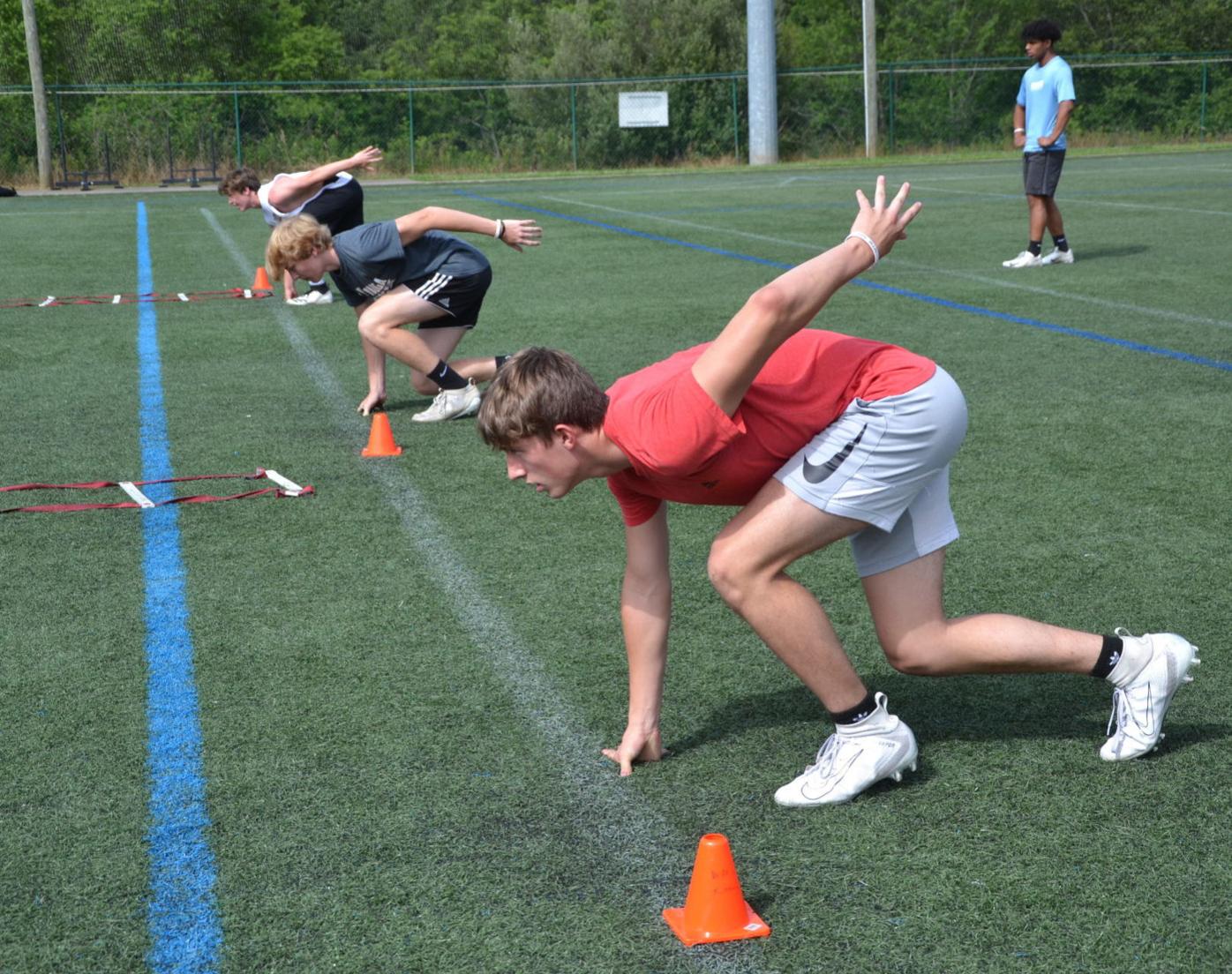 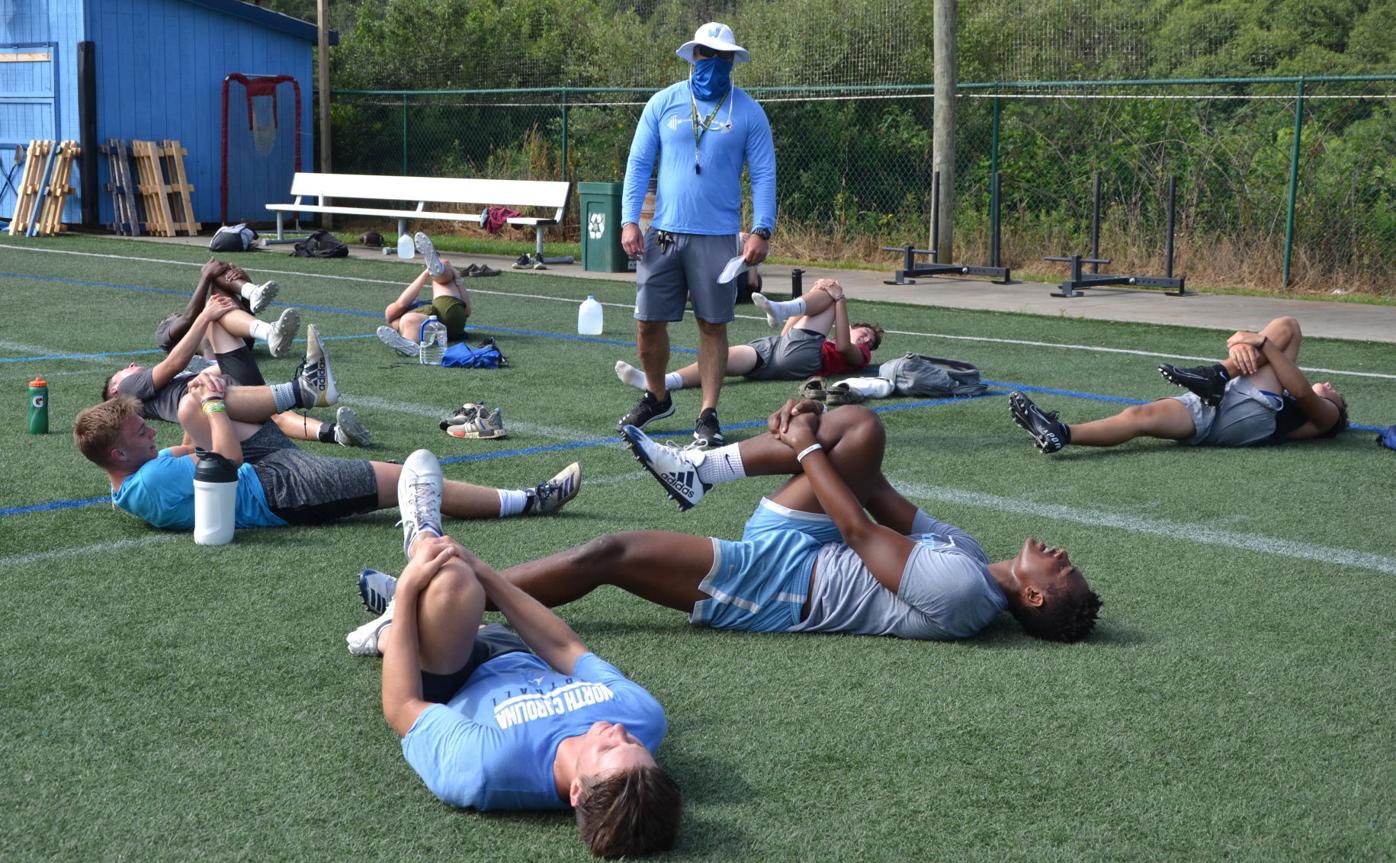 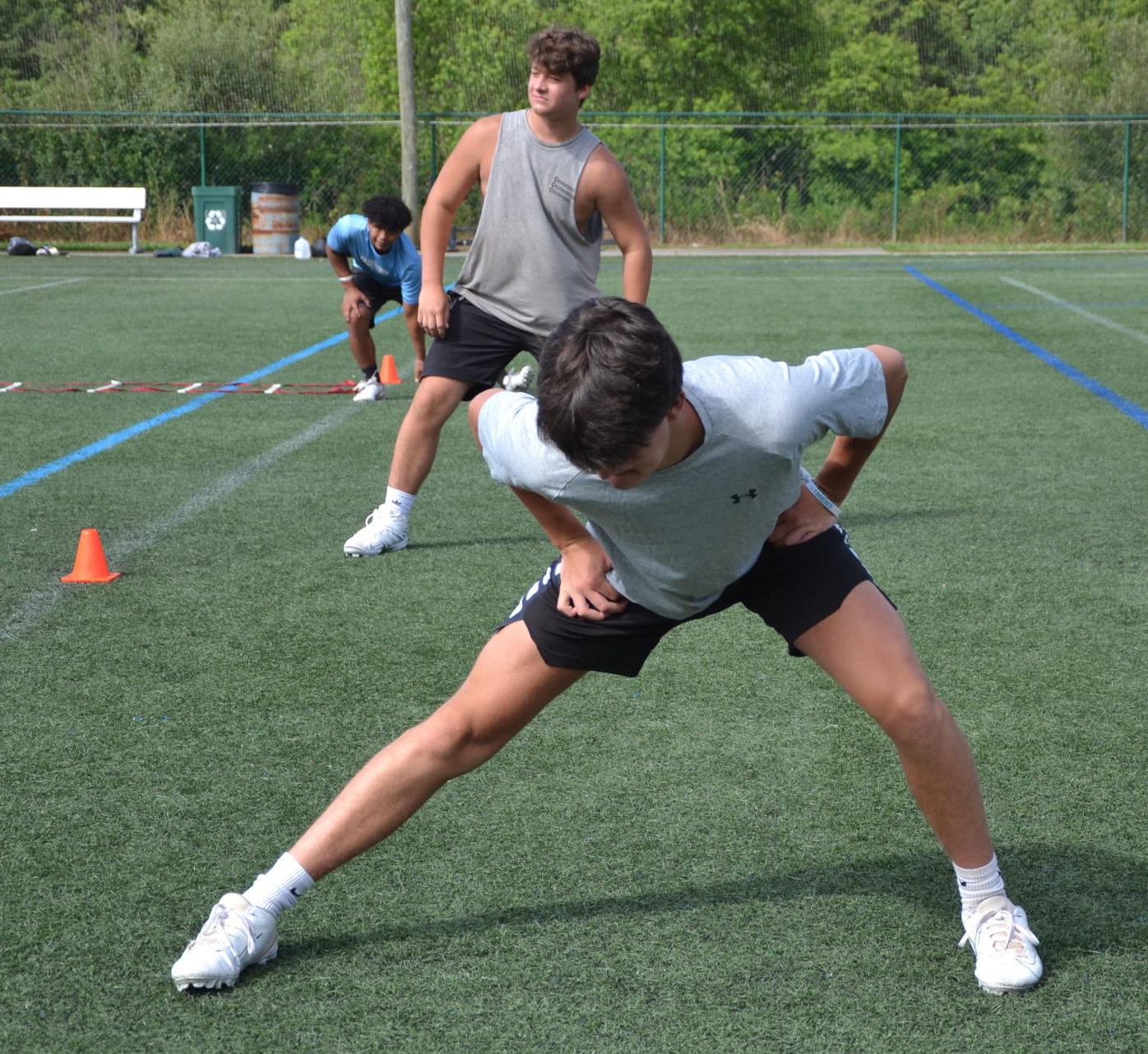 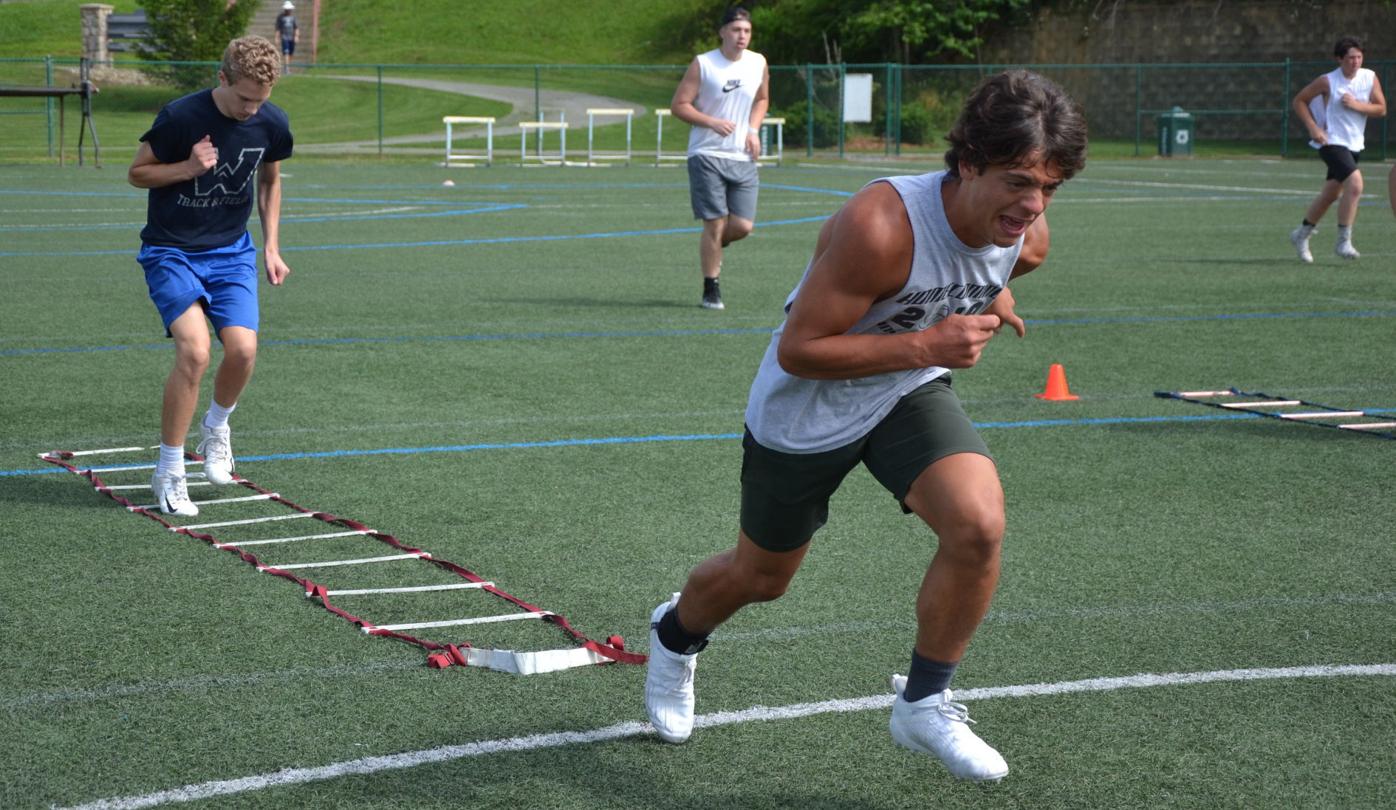 Will Curtis finishes running a ladder drill as Josh Hamilton runs behind him. 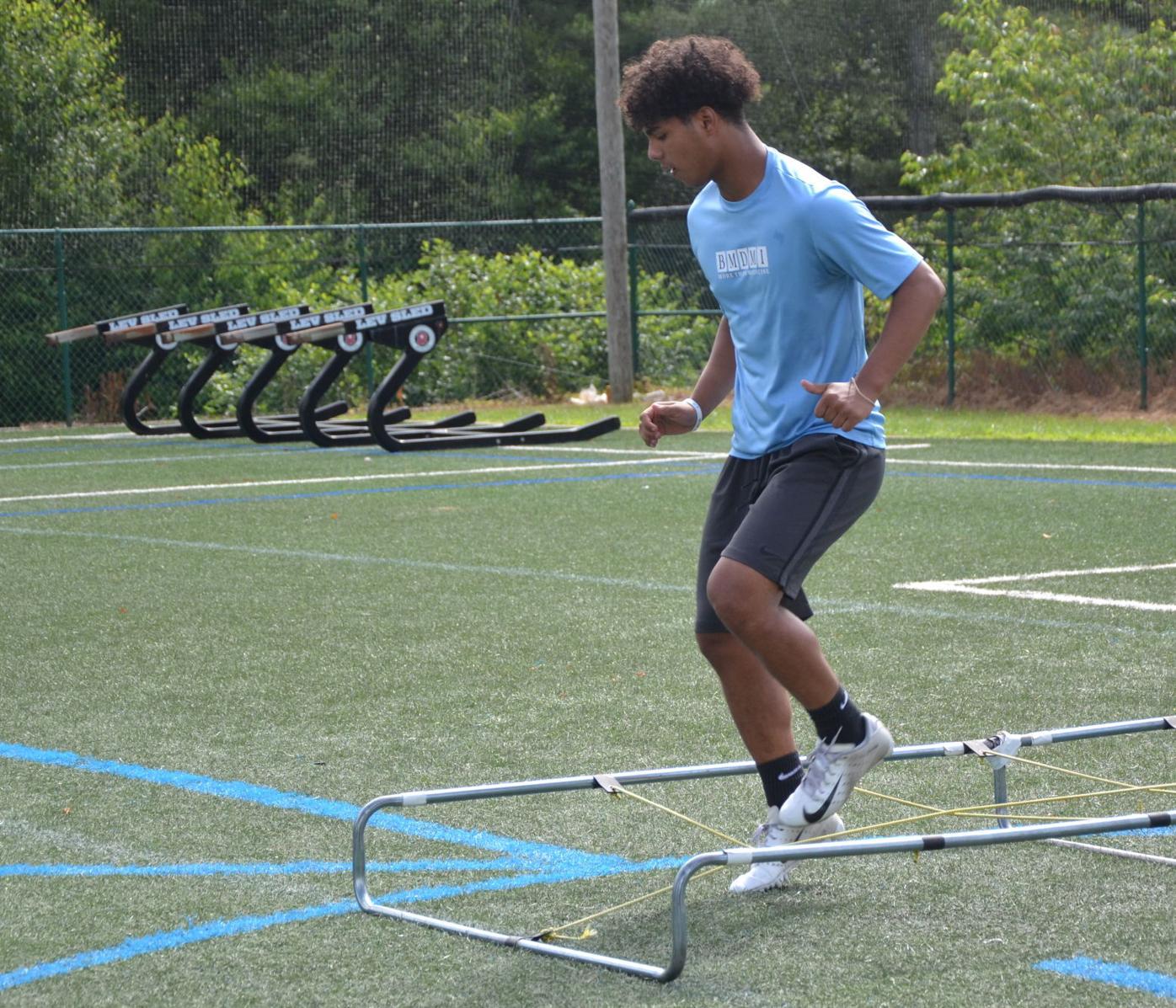 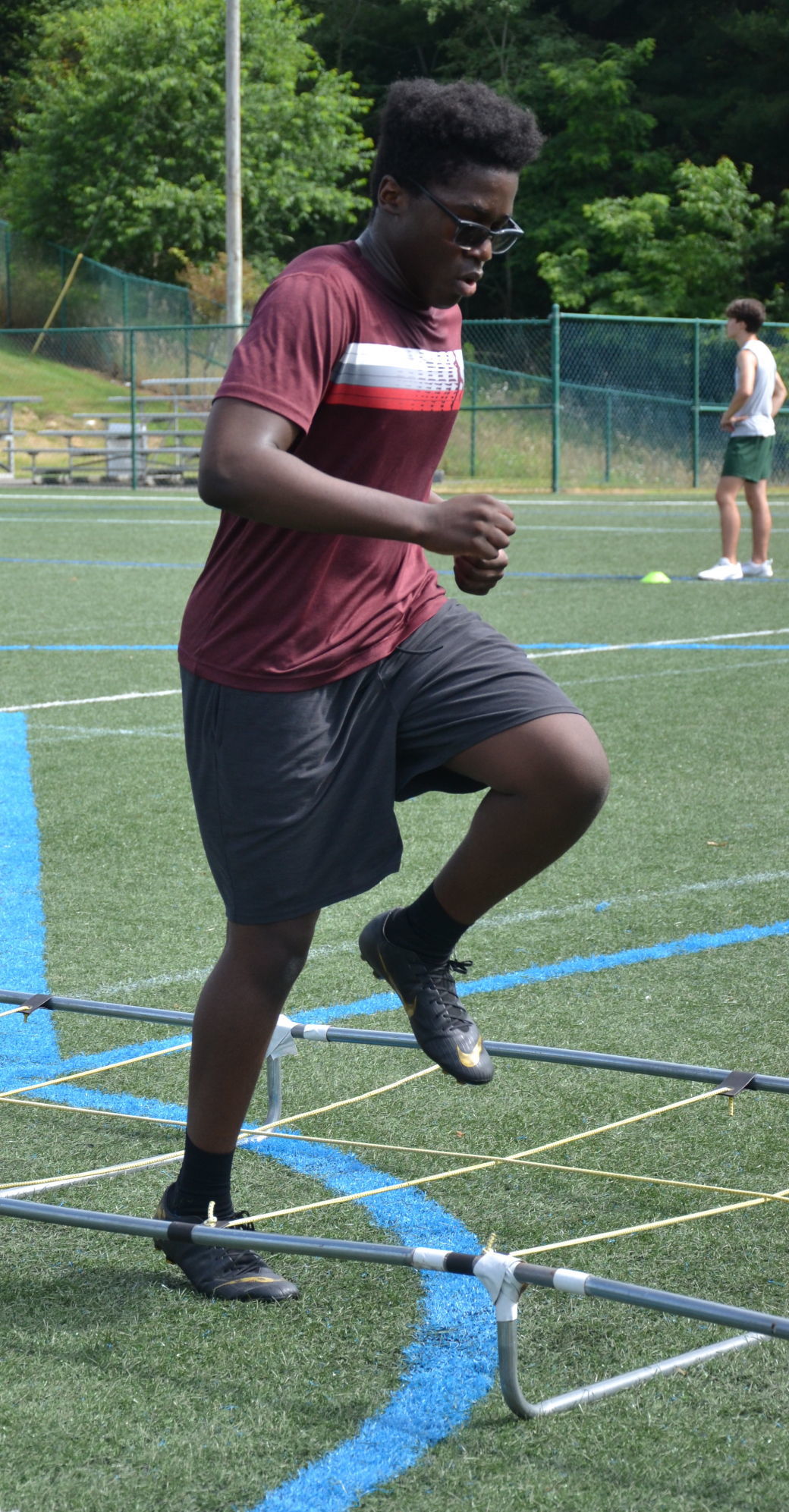 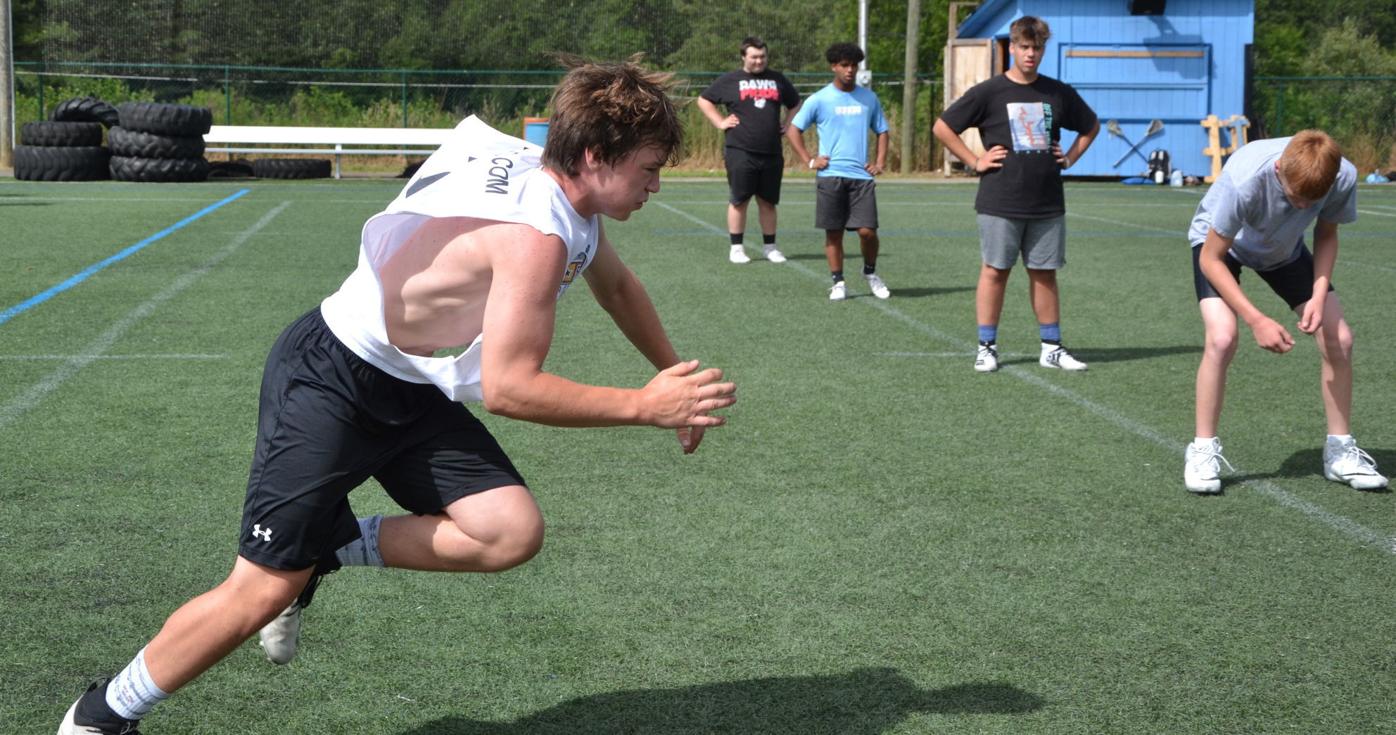 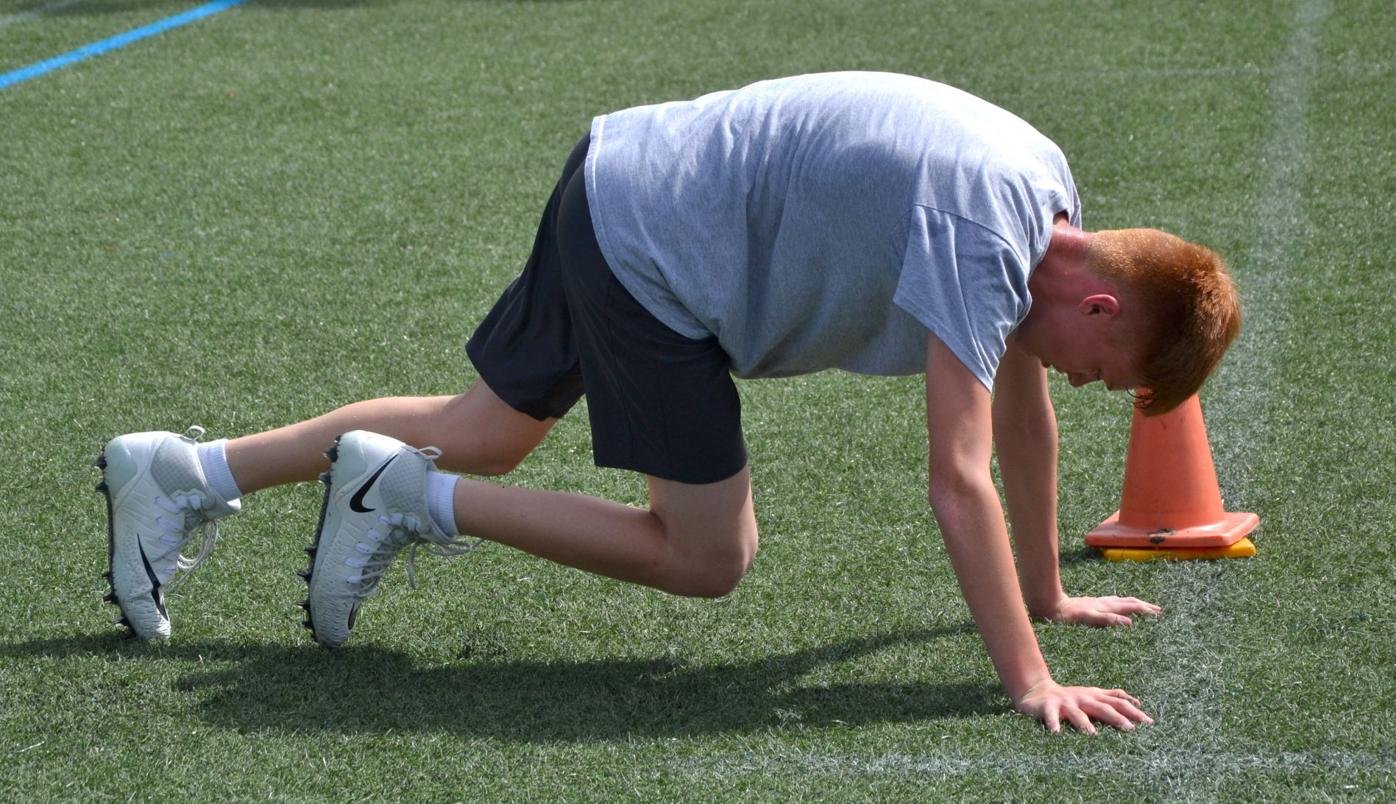 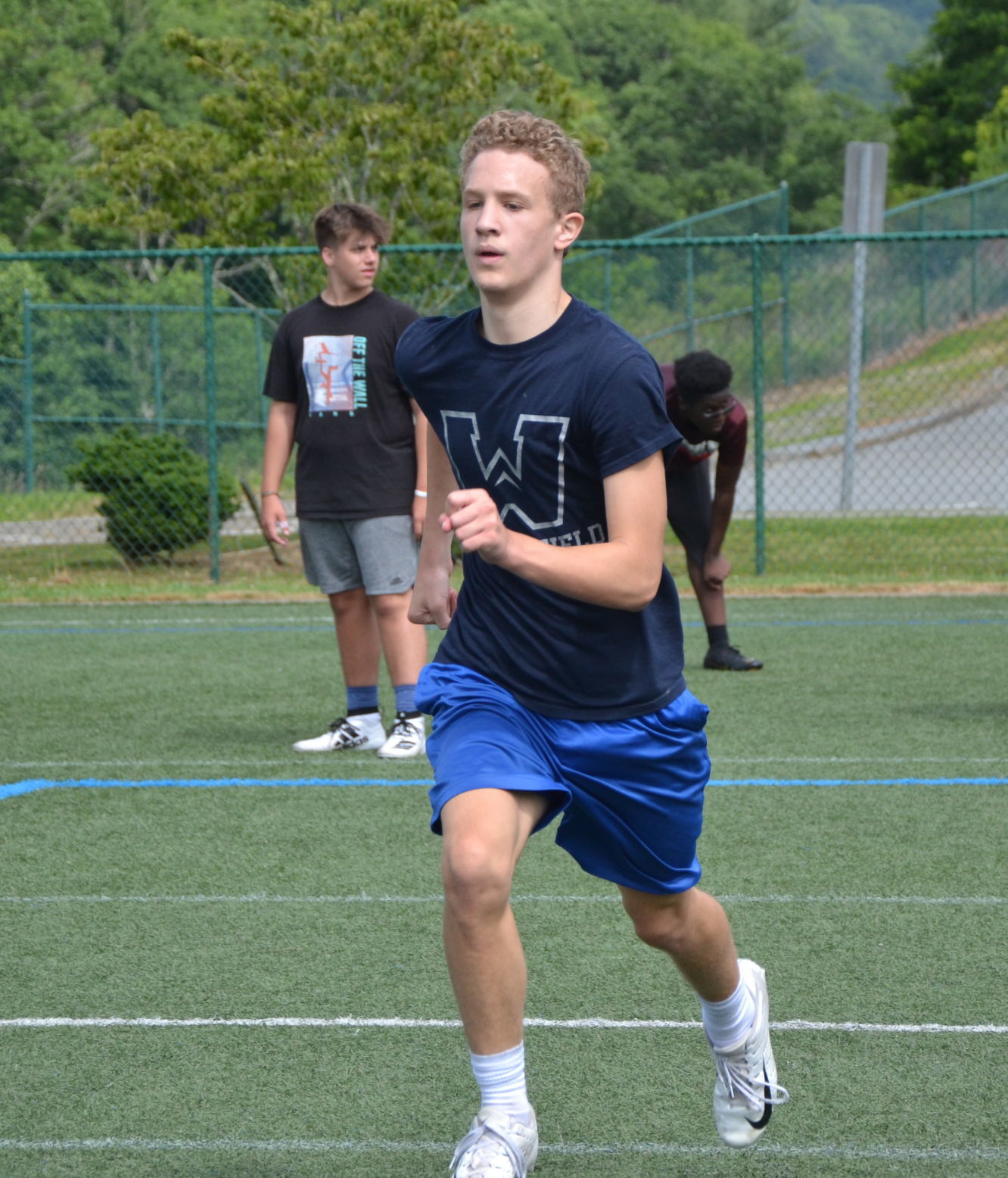 Josh Hamilton runs his last drill for the day on July 9.

BOONE — As voluntary workouts resumed this week after a week off, Watauga head football coach Ryan Habich is preparing for the possibility of a delayed start to the football season.

Watauga Football began hosting restricted conditioning workouts on June 16, one day after the North Carolina High School Athletic Association lifted a mandatory dead period for high school sports activities due to the COVID-19 pandemic. The first day of practice is scheduled for Saturday, Aug. 1, but Habich expressed doubts about that date.

“I think they’re going to push it back. I’m not sure when,” Habich said. “Which is good, because some of these kids haven’t done anything since March. Kids are still getting back in shape.”

Football and six other high school sports were identified as “higher infection risk activities” in the NCHSAA’s summer guide to reopening sports and activities. Under the NCHSAA guidelines, which are still in their first phase, only conditioning and individual drills are allowed for football activities, while sharing a ball, contact with other players and wearing protective equipment are prohibited.

The NCHSAA held a press conference on July 8 but did not provide any clarity on a start date for fall sports. Commissioner Que Tucker said fall sports plans are hinging on Gov. Roy Cooper’s plan for reopening North Carolina public schools.

With the rates of new COVID-19 infections and hospitalizations on the rise across the state, Cooper on July 14 revealed a plan to reopen schools for in-person instruction, but with stringent distancing, disinfecting and face covering requirements.

Meanwhile, North Carolina remains in an extended Phase 2 of the statewide reopening — which limits gatherings to 25 people outdoors and 10 people indoors — through at least Aug. 7.

“We know everyone wants a decision about whether or not fall sports will start on time,” Tucker said. “We know everyone wants to know, in particular, will the Friday Night Lights be on for our schools across the state starting in August, or would it be in September? We simply cannot give you that answer at this time.”

Tucker said she wasn’t prepared to say that Aug. 1 was off the table — at least not until she could provide a new start date in its place. It’s also possible, she noted, that full practices could begin, but that games would be delayed.

She acknowledged that at many schools, football game attendance brings in revenue that benefits other sports as well.

“Especially for those schools where football is the breadwinner, having no source of income for the regular season is problematic,” Tucker said. She said she was hopeful that state guidance would allow for at least half capacity at stadiums.

"We know everyone wants to know, in particular, will the Friday Night Lights be on for our schools across the state starting in August, or would it be in September? We simply cannot give you that answer at this time.”

Habich said the No. 1 priority is getting students back to school, and that fall sports will likely be adjusted from there.

“I definitely think that the season itself is going to be delayed,” he said. “I can see a shortened season with some restrictions. Right now we’re planning on playing, but knowing there’s going be a lot of adapting to do.”

The pandemic hasn’t seemed to have affected interest in Watauga’s football program, as Habich said about 65 to 70 students have participated in each of the voluntary workouts, a participation level on par with recent years.

The students are broken into four separate groups of 17 to 22 players, each participating in a 50-minute workout. The players are working on speed and agility while maintaining distancing and other safety measures, Habich said.

But it’s not the level of training Pioneer football is used to at this time of year, with Habich mentioning the inability to practice in pads and helmets and the loss of weight training when schools shut down.

“It’s a lot of challenges. From NFL to college to high school, there are so many unknowns,” he said. “We’ve had to adapt like everyone and change some things up. We’re trying to make the best of a difficult situation.”

Despite the challenges, Habich senses that overall, morale remains high among the students attending summer workouts.

“I think they’re doing pretty good, especially our seniors and upperclassmen,” he said.

Next week, the football program will hold the inaugural Iron Pioneer Fitness Challenge — a friendly competition to keep the students engaged and excited, Habich said.