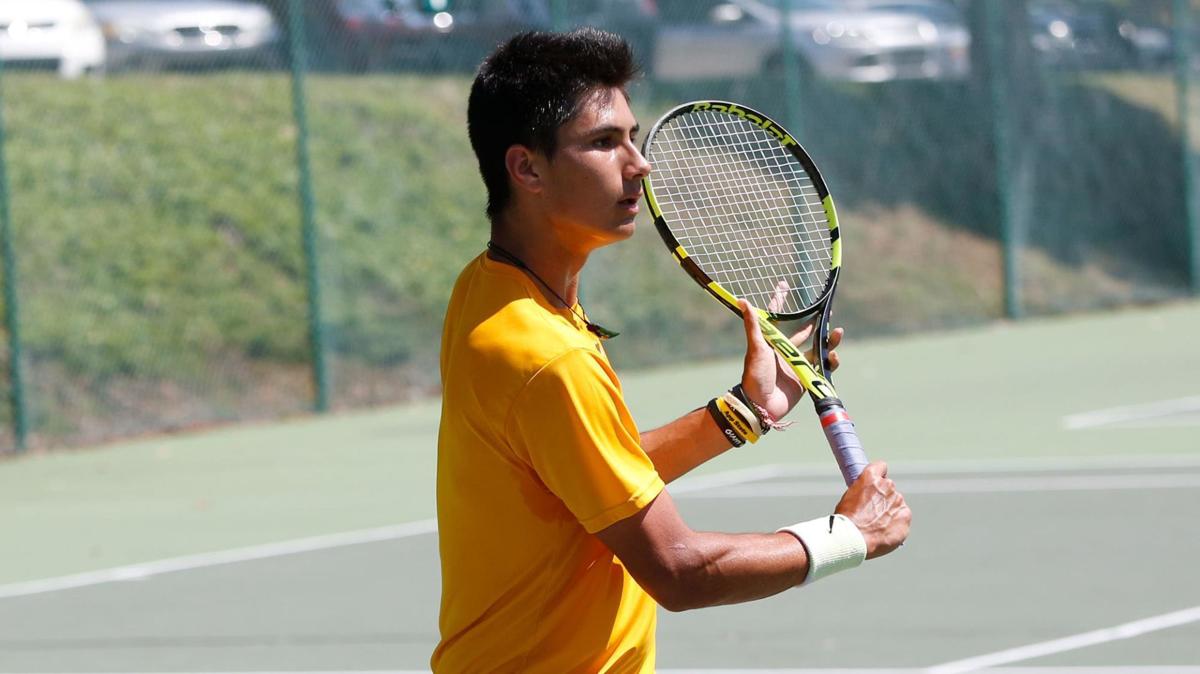 Zion Heaven was a member of the App State men’s tennis team, which was recently cut from the university’s sports programs. 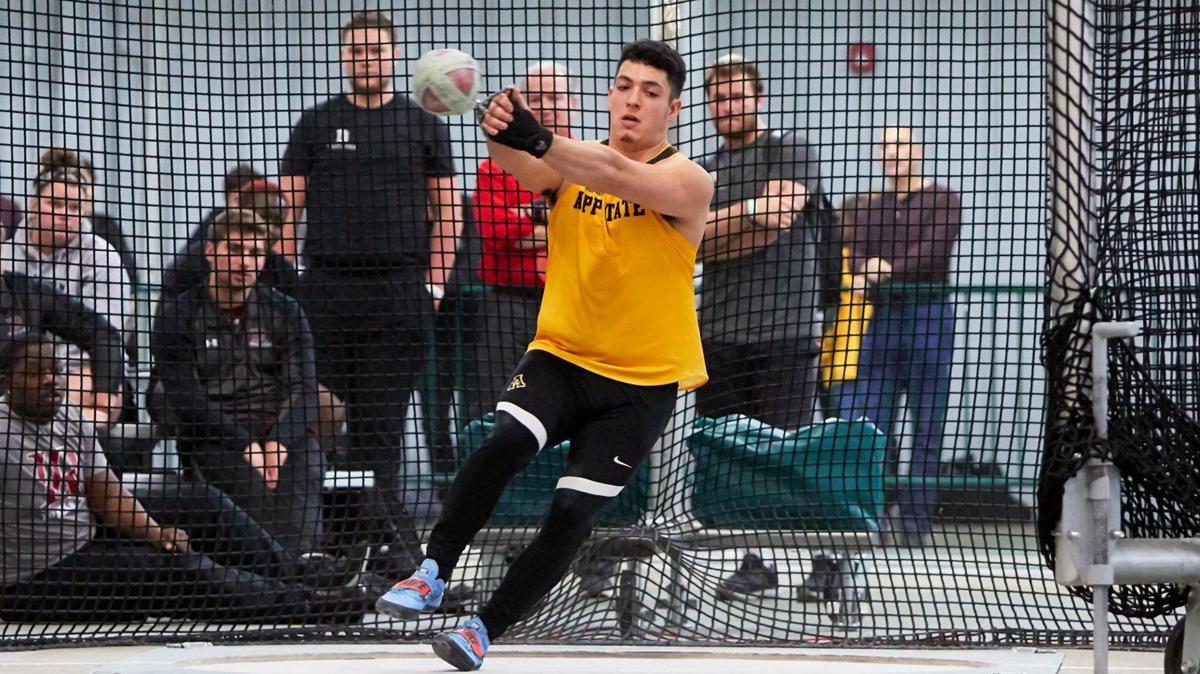 Zachary Weinstein, an indoor and outdoor track athlete at App State, competes in the weight throw. 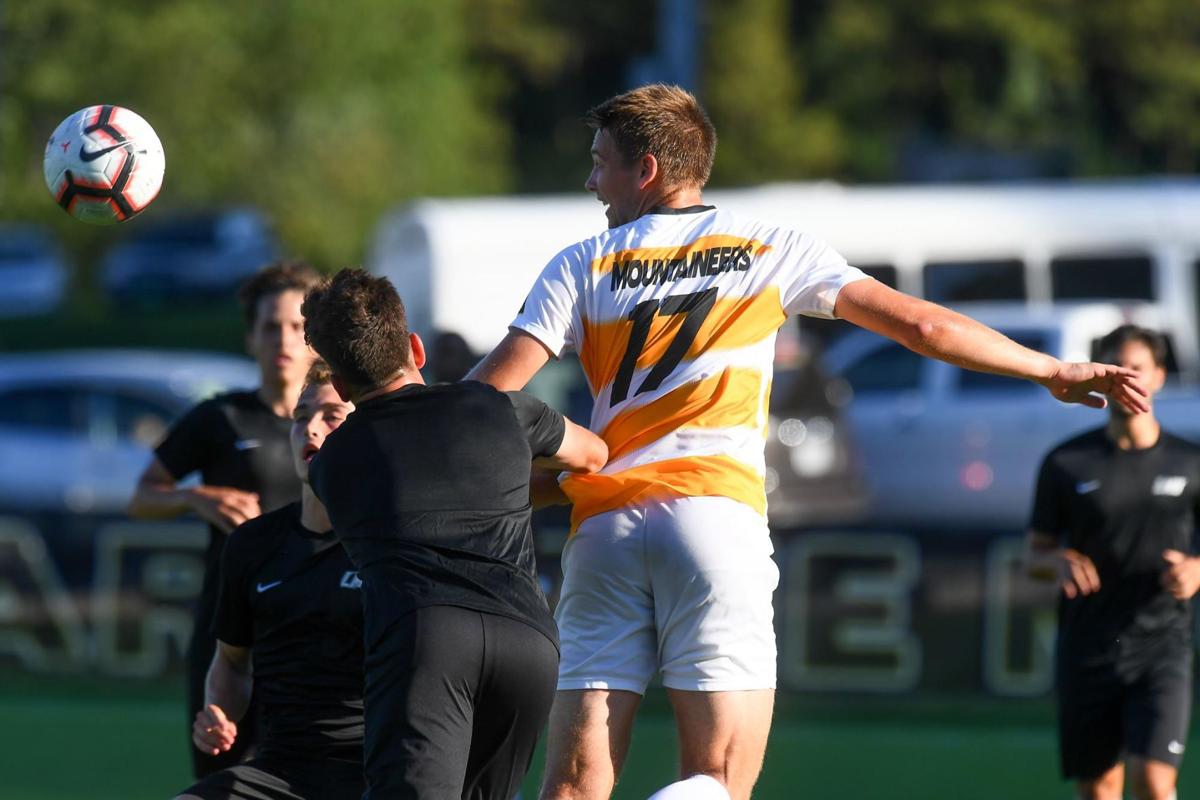 Roman Galaska played in 10 matches in the 2019 men’s soccer season at App State.

Zion Heaven was a member of the App State men’s tennis team, which was recently cut from the university’s sports programs.

Zachary Weinstein, an indoor and outdoor track athlete at App State, competes in the weight throw.

Roman Galaska played in 10 matches in the 2019 men’s soccer season at App State.

Although the timing of the announcement came amid cancellations and revenue reductions due to the COVID-19 pandemic, as well as a projected $5 million budget shortfall for fiscal year 2020-21, the athletics department also noted that the decision followed “a detailed review of the university’s sport offerings and the long-term budget implications of supporting the current number of student-athletes.”

“The university can no longer sustain 20 program offerings in a fiscally responsible manner,” App State Athletics stated in a Q&A document posted on its website. “Reducing the number of sports to 17 moves us closer to our conference peers and will help us pursue comprehensive excellence for our programs and student-athletes moving forward.”

For the athletes in the eliminated programs, the news that their team was cut was “gut wrenching.”

“I guess gut wrenching would be the right word,” said Zion Heaven, former men’s tennis player. “It was just kind of a shock. I had actually just received a scholarship from the athletic program a couple days prior.”

Heaven said the program being cut was not something the team was expecting at all.

“There was no warning in it. I think if we would have been warned a little earlier, then it wouldn’t have been as big of a deal,” Heaven said. “But none of us were expecting it. We were already planning for the new season.”

Heaven, who lives in Hawaii, was home when he got the news. He said he woke up to a text from his coach that the program was cut.

When Heaven told his mom, they both broke down crying because Heaven said App State had become a home to him, and he knew right away he would have to find a new college if he wanted to continue to play tennis.

“They had some of the same feelings as me of just shock,” Heaven said. “Just, you’re getting ready to enjoy the summer before going back to school and you’re not expecting news like that.”

Along with the scholarship Heaven received, an international player from Brazil was signed to the team, which was announced four days before the program was cut.

Roman Galaska was an athlete on the men’s soccer team for the past three years.

He said everything was proceeding as normal for the soccer off-season when on May 26, he received a text around 12:30 p.m. saying there was a mandatory Zoom meeting at 2 p.m.

Usually, Galaska said, they have “a bunch of time” to prepare for the Zoom meeting.

“We got on the Zoom call, and he just said, as of 12:30 today, the men’s soccer team is cut,” Galaska said. “That was pretty much it and then we went on a Zoom call with Doug Gillin and two other people.”

Galaska said that they explained the situation and that they were cut and asked if they had any questions. Galaska said it was hard to listen because he was in shock.

“They never really gave us a solid reason as to why we were cut. It was just kind of like “we’re really sorry that we have to do this, but it’s kind of a casualty of COVID-19,’” Galaska said. “That was kind of the reasoning that stuck with me was that they just said we were a casualty of the virus.”

Galaska said it was heartbreaking to get the news, especially because he loves every one of the guys on the team like they were brothers.

“We had a strong bond with each other and it’s just like the cord was instantly cut,” Galaska said.

Galaska also said it was disappointing to not get a solid reason for why his program was cut.

“You do so much for the college and it’s just kind of disrespectful in a way to not get any kind of solid reason why we aren’t going to be able to play for our university anymore,” Galaska said. “A casualty of COVID-19 was just like a really broad umbrella topic that could mean a whole bunch of things.”

He said it would mean a lot more to him if they got a solid explanation instead of “we’re sorry but this is just how it is.”

“We’ve been working so hard to try to better our program and their university and do everything we can in the community, in the classroom, to represent our university well and once they say that, it’s just a slap in the face really,” Galaska said.

Galaska said he does plan to stay at App State next year despite no longer playing soccer because it’s his home and there’s nowhere else he would rather be.

Even though Weinstein is still on the track team, his best event, the weight throw, is only during the indoor season.

“I was really looking forward to just improving my place in the Sun Belt and I was thinking about how that may never happen again,” Weinstein said. “After about that minute passed, I shifted my thought to the main goal, which is the school record. I just started thinking about it in a positive light. That’s about all I could do in that situation.”

He said it was a relief to him that he still has the chance to compete in the outdoor season and go to meets unattached — meaning he can go to indoor track meets as an individual athlete not associated with App State.

“I really pray for those soccer players and tennis players that had potentially one big part of their life taken away,” Weinstein said.

Weinstein said he is keeping his hopes up that the indoor track team could return in the future.

Asked about the timeframe in which program cuts were reviewed, whether coaches were part of the review process and if there were further plans to discuss the cuts with the affected athletes, App State Athletics spokesperson Joey Jones deferred to the May 26 news release announcing the cuts as well as the Q&A document.

This is a sham. App State ruins two programs to pay for the new turf on the football field. This would not have happened if they had had the Luke Combs concert. It would of paid for the field. But instead of postponing the turf, and likely saving 1M they cut two programs. Gillin should be fired for his fiscal mis-management of funds

Or...and hear me out...we bring down *every* administrator's pay to that of a full-time lecturer (~$40k/year). That would free up plenty of cash for keeping these *student-oriented* programs running. After all, the school is for them, not a bunch of resource vampires and walking corpses. If the administration feels that $40k is not enough, then maybe that will give them a perfect opportunity to explain how they then expect us faculty to live off of that year after year with no raises.