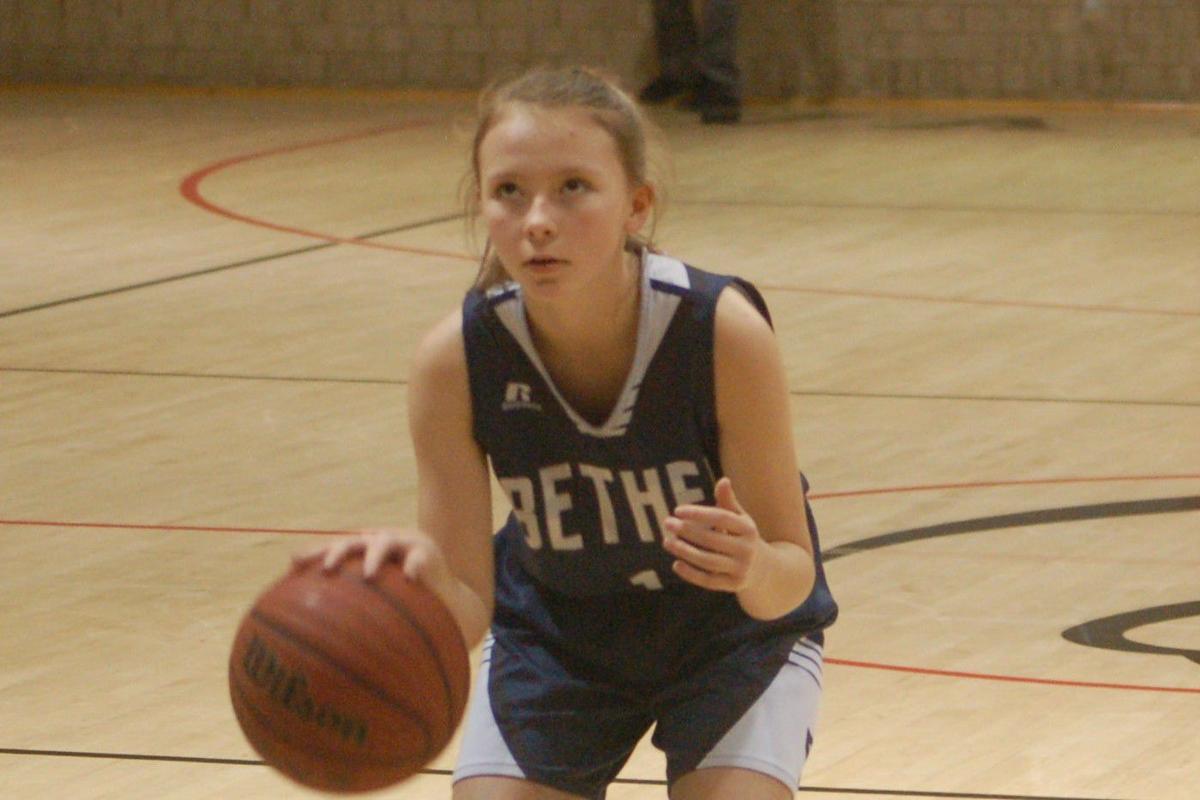 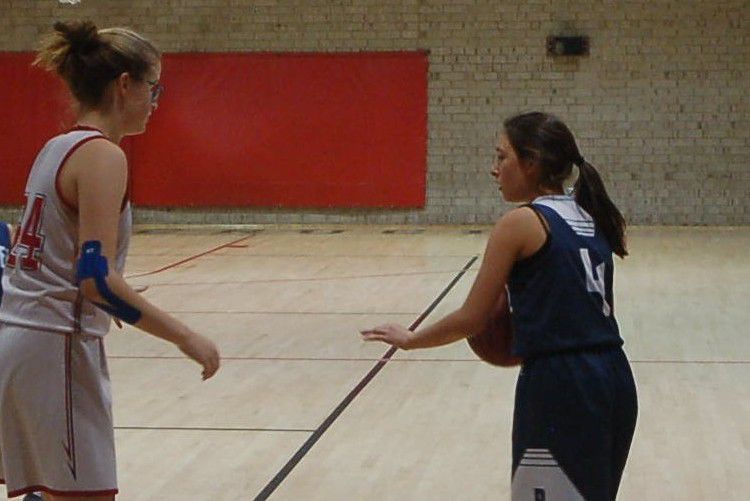 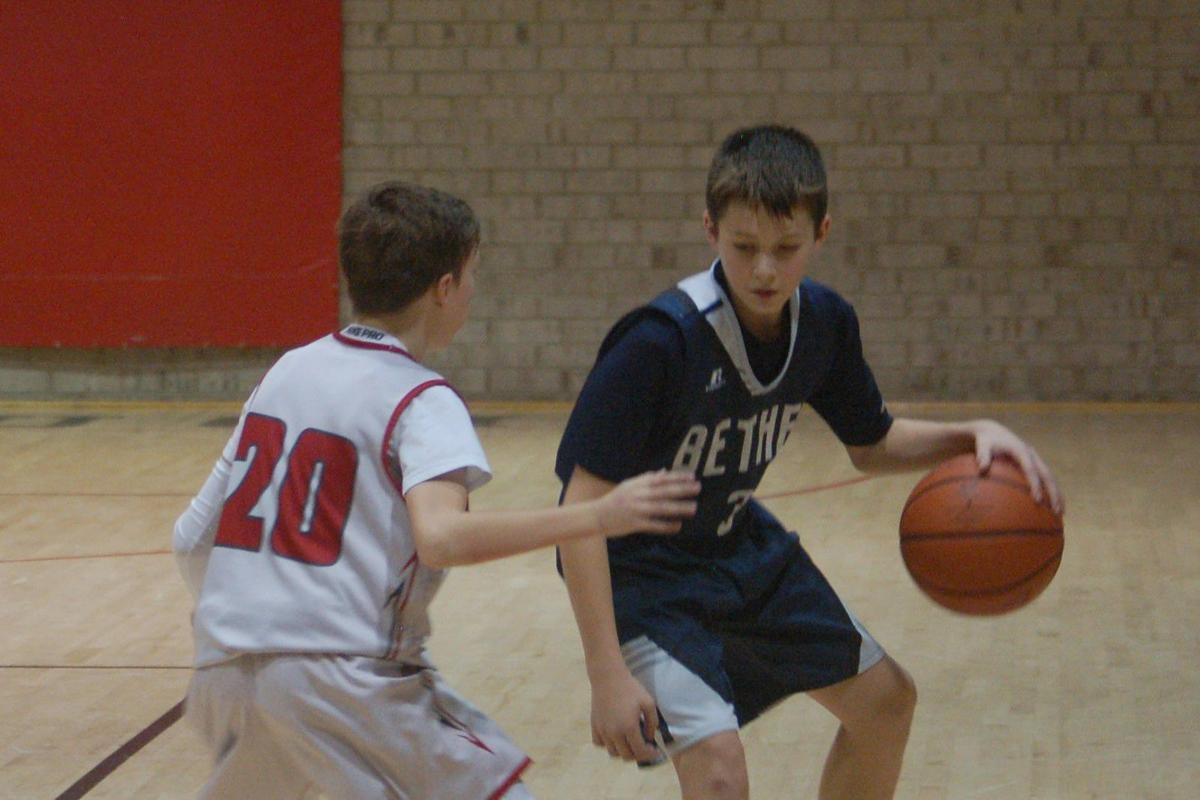 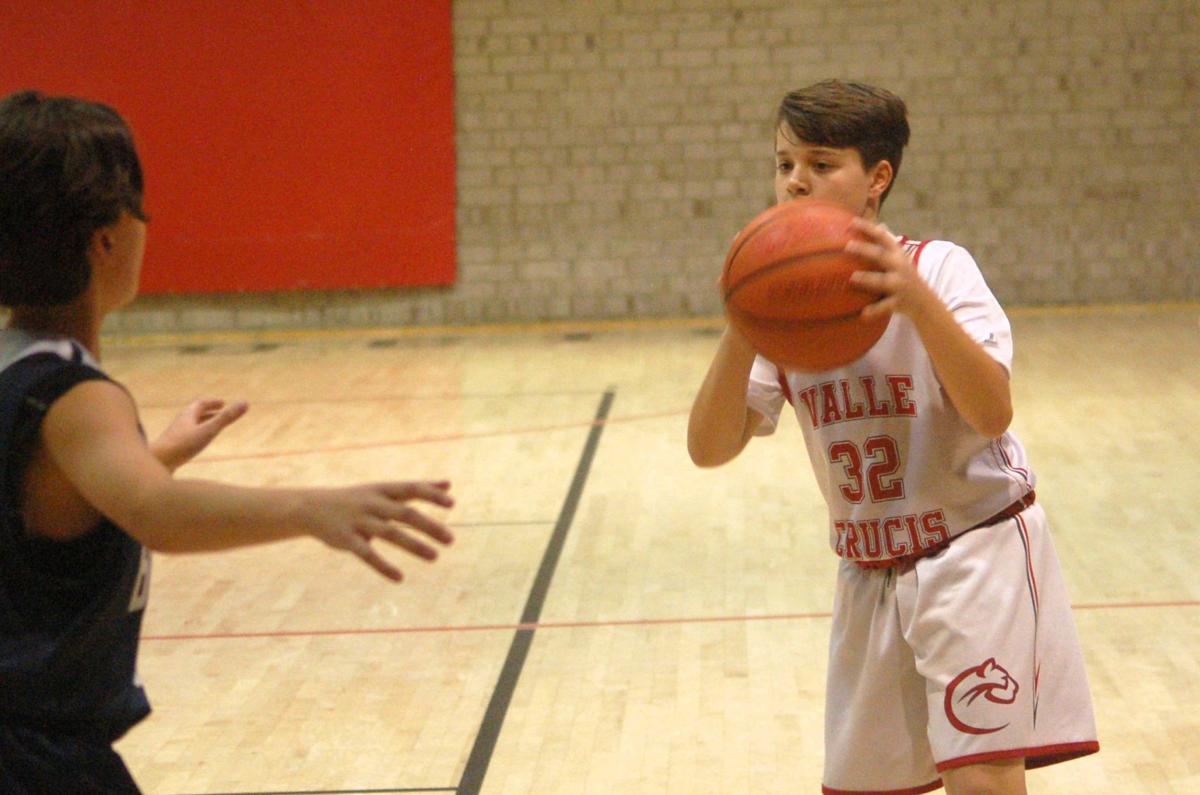 Valle Crucis’ Bennett Lappin, right, thinks of his next move while being guarded by Bethel’s Kohen Pitts during a middle school basketball game on Thursday, Jan. 16.

Valle Crucis’ Bennett Lappin, right, thinks of his next move while being guarded by Bethel’s Kohen Pitts during a middle school basketball game on Thursday, Jan. 16.

VALLE CRUCIS — On the strength of a first-half shutout, the Valle Crucis girls’ basketball team was able to take a 33-13 victory over visiting Bethel in the final game of the regular season on Thursday, Jan. 16.

The 16-0 halftime lead by the Cougars (5-9) was marked by a tough defensive effort, forcing tie ups and preventing the Beavers (2-12) from getting shots up.

Despite being down 27-2 through three quarters, the Beavers were able to put up 11 in the final frame, using defense to set up offense to the delight of their traveling crowd.

Gracie Lawrence led Bethel with nine points, including seven in the fourth quarter, and Kylie Eldreth got two points. The other Bethel basket came on a wrong-way score by Valle Crucis.

Elsewhere in Watauga County, Cove Creek claimed the regular-season championship with a 38-4 win over Green Valley, Blowing Rock notched second place with a 41-9 win over Parkway and Hardin Park solidified third place with a 43-22 win over Mabel.

The Watauga County middle school basketball tournament brackets were to be finalized Friday, Jan. 17 after the sixth-place tie between Mabel and Valle Crucis was broken.

The tournament will begin Thursday, Jan. 23 with the quarterfinals at the higher seeds.

Using a full court press and forcing a number of steals in the back court, Valle Crucis (7-7) wrapped up fourth place in the standings by frustrating Bethel (2-12).

The second quarter came after a timid start offensively, as the Cougars had a slim 3-2 lead after one. However, the low-scoring affair was broken open with threes from Caleb Clark and inside scoring from Cameron Craft and Lars Best.

The Beavers stayed close throughout the third quarter with tough defense of their own, but offensively Bethel was stymied well into the fourth quarter.

Nine different Cougars scored on the night. Best led Valle Crucis with 13 points, Craft had eight, Caleb Clark had six, Wit Williamson and Bennett Lappin each made a three-pointer, Calan Riordan, Hank Matthews and David Pastusic each had two and Ben Meyers had one.

In other results from around Watauga County, Blowing Rock completed a 14-0 regular season with a 44-37 win over second-place Parkway, Hardin Park claimed third with a 47-4 win over Mabel and Green Valley forced a tie for fifth place with a 52-28 win over Cove Creek.