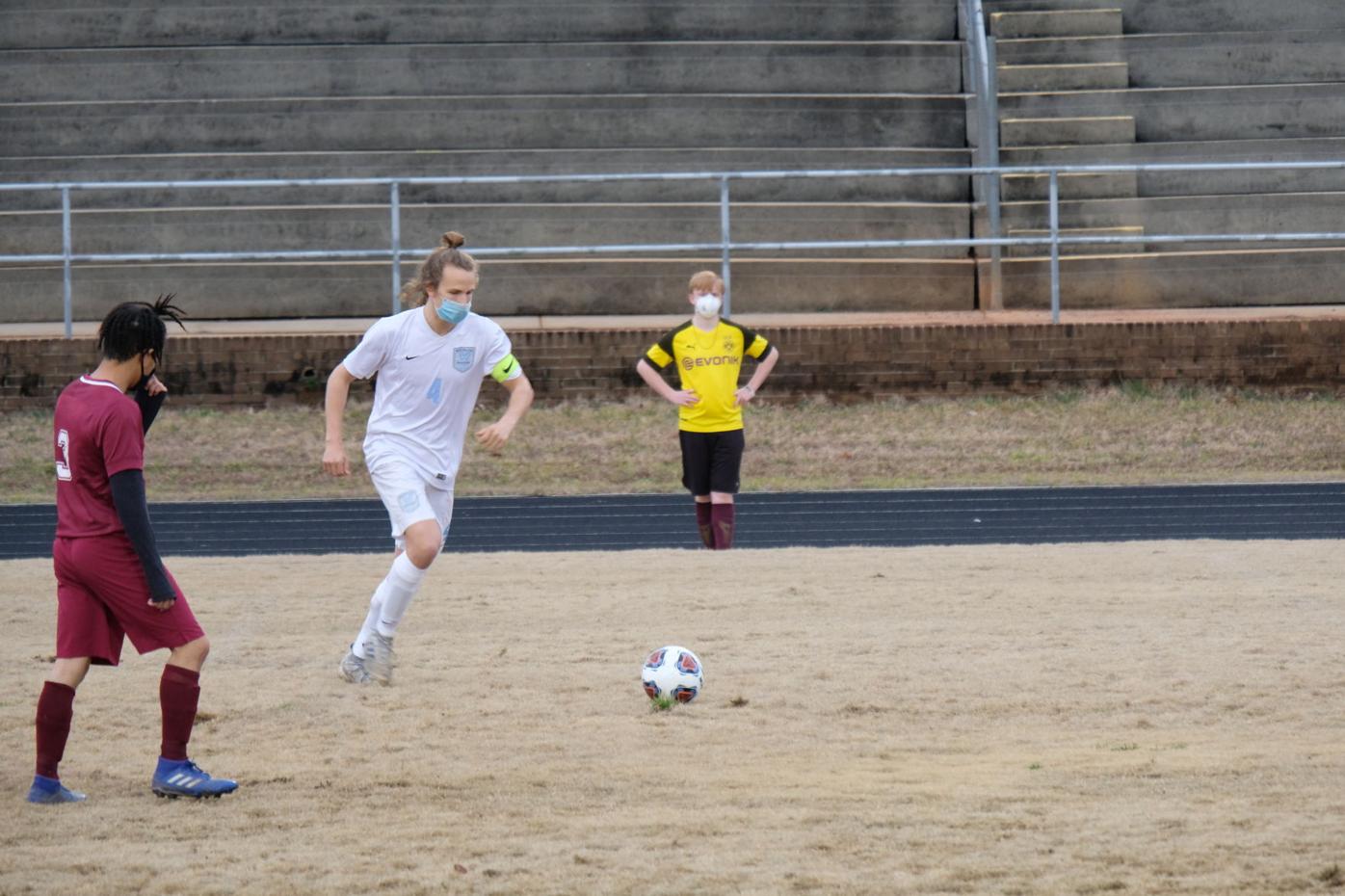 Colter Conway (4) runs up to a free kick against South Caldwell on Jan. 27. 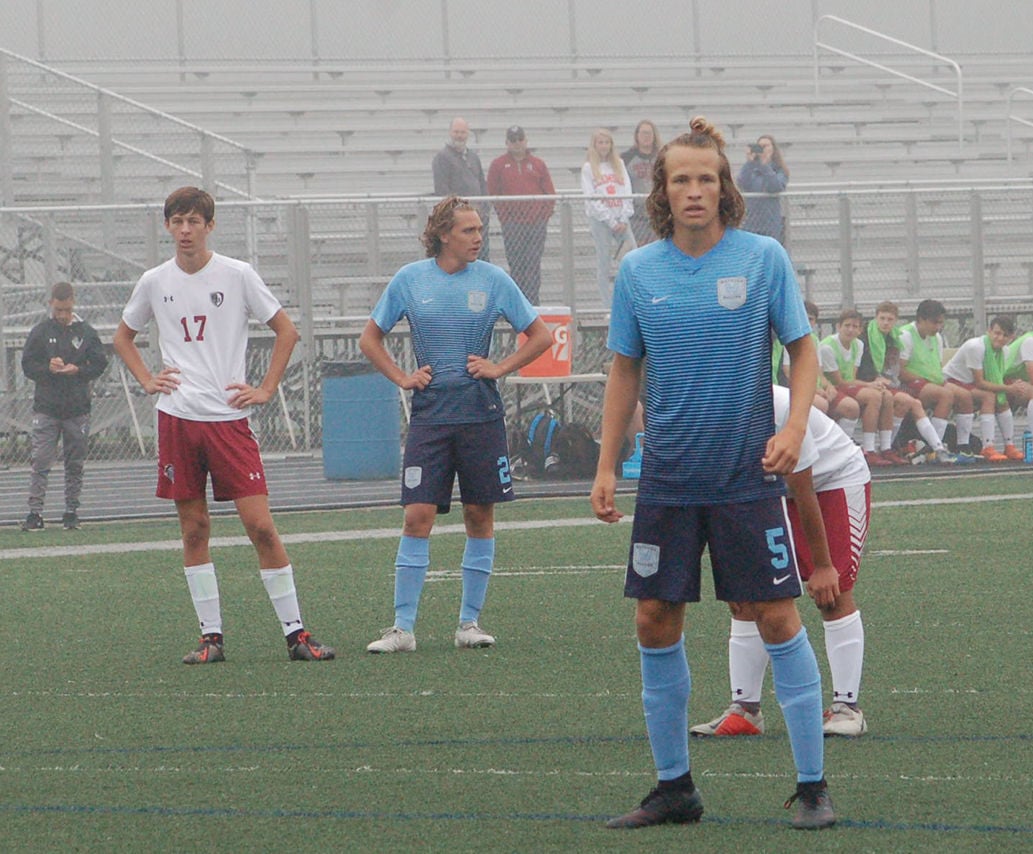 Colter Conway (4) runs up to a free kick against South Caldwell on Jan. 27.

The Pioneers had enough weapons to score goals. But Honeycutt needed help preventing opponents from doing the same.

He turned to Colter Conway for help. Two years later, Conway was not only recognized statewide as a standout sweeper, but was also recognized by the coaches at Watauga High School as deserving of the Trailblazer Award — given to the top male athlete of the Watauga athletic program. The award was announced at a ceremony on May 24.

Soccer was the only sport Conway played in a sports calendar that was thrown into chaos because of the COVID-19 virus. It could be said Watauga’s defensive may not have been chaotic, but it was at least struggling two years ago.

“When we moved Colter back there in the middle of his junior year we were giving up a lot of goals,” Honeycutt said. “We had been in sort of a slump, so to speak. We had tried Colter up top in the midflield and we finally put him in the back. It just clicked. It was where he really needed to be to solidify our team to anchor us down. Once we did that, we were giving up a lot less goals and we were a lot more solid defensively.”

Usually it’s the goal scoring players who bring home most of the individual awards, but Conway collected his share of hardware for the Pioneers. He was Watauga’s team captain, was named all Northwestern Conference for two years and selected all region and all-state in his junior and senior years.

Conway will also play collegiately at Warren Wilson this fall.

“We had a lot of guys who were scoring a lot of goals and producing big numbers,” Honeycutt said. “But, it was obvious that a one of the big pieces was him, the guy who was holding it all down for us. I felt it was important to nominate him for those awards and try to push for him to get some recognition.”

Most of his work was done on the defensive end of the field, but Conway helped out with some offense occasionally. He did not score any goals, but was credited with four assists.

He also provided leadership for a team that won a share of the NWC championship with arch-rival Hickory, giving the Pioneers a piece of their third straight league championship. Watauga finished 13-2 overall, 11-1 in conference play.

Honeycutt said Conway’s versatility allowed the coach to use him as a last line of defense, which allowed other defenders to play closer to the midfield and help get the Pioneers’ offense started.

“He’s kind of a hybrid, honestly,” Honeycutt said. “In years past we never really had a sweeper. We had two center-backs. This year, we kind of switched that up a couple of games into the season and put two center-backs in front of him. He was a center-back sweeper hybrid.”