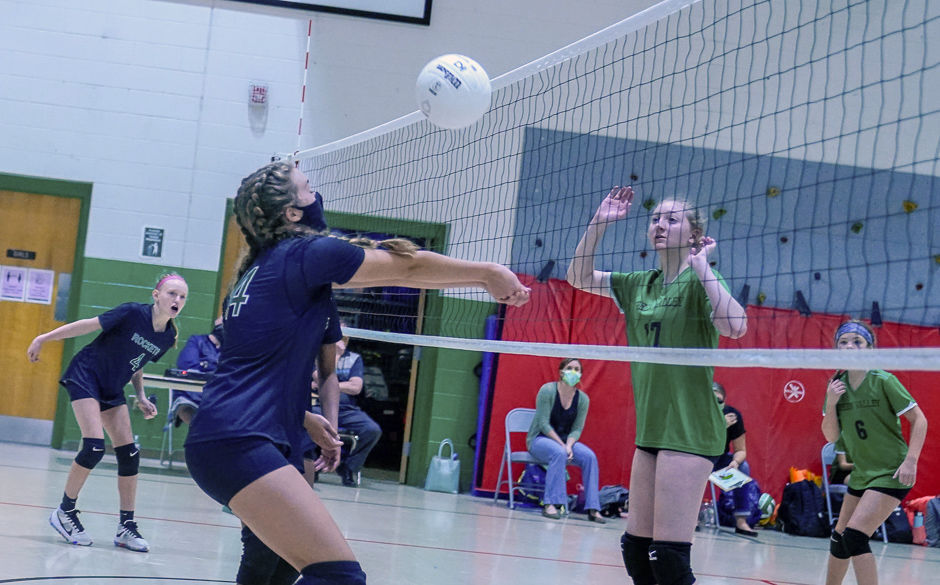 Kora Knight (14) saves a ball short of the net while Elizabeth Tilley (4) readies for a crossing set. Green Valley’s Grace Tillery (17) hopes for a block opportunity. 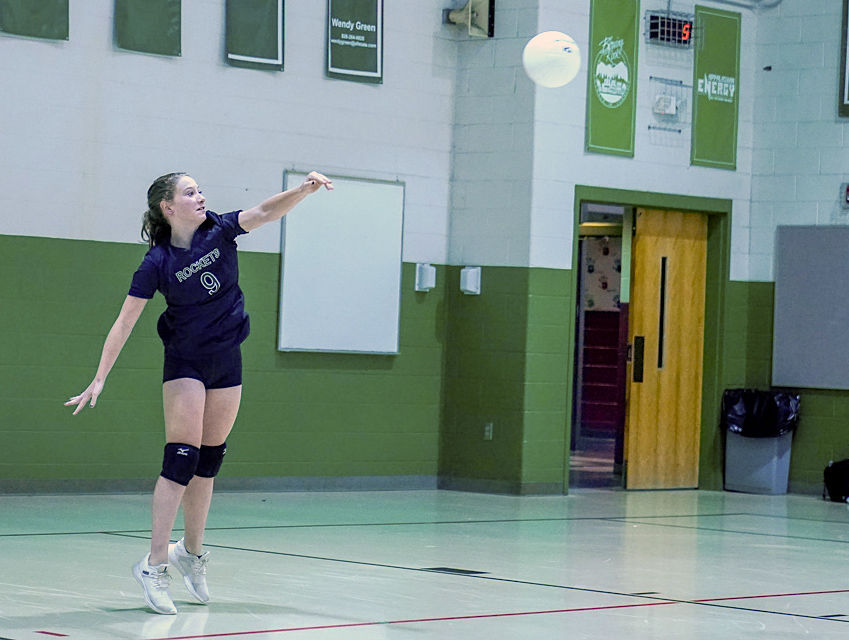 Blowing Rock’s Grace Tacheny sends a second-match serve flying to the other side for a point. 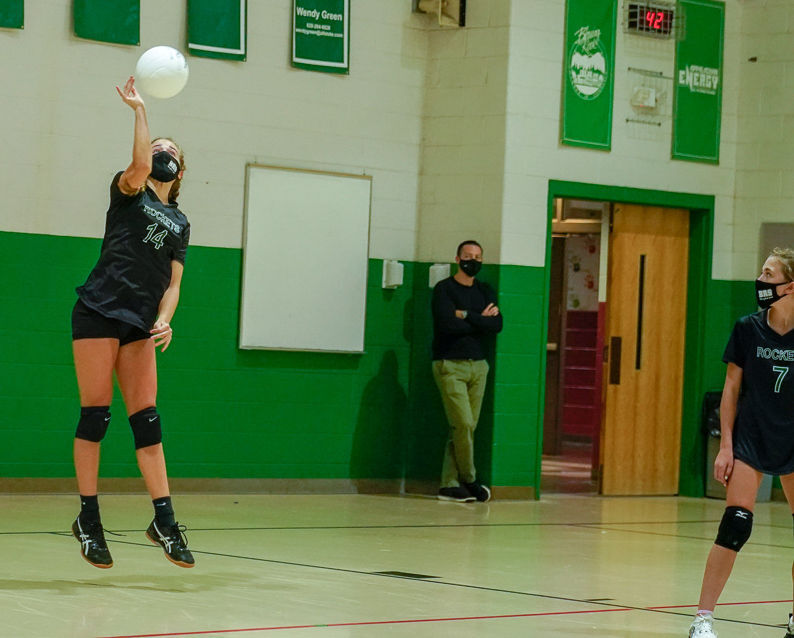 Kora Knight (14) puts some 'oomph' on a first-match serve for Blowing Rock.

BLOWING ROCK — Blowing Rock fell behind early in every set on Nov. 10, but quickly righted themselves to get by visiting Green Valley in two matches, 2-0 and 2-0.

Each match was a best-of-three format but in neither case was a third set required for a decision. The Rockets got particularly strong service runs from Natalie Fitch, Grace Tacheny and Kora Knight, with good front row support at the net by Montana Rattler, Lillon Henline and a hustling Sydney Marsh, among others.

Green Valley fashioned nail-biters in the first set of the first match and the first set of the second match. In the first match, Green Valley and the Rockets traded leads through 12-12, before Blowing Rock began to pull away for a 25-21 win. In the final match’s first set, Blowing Rock jumped out to what appeared to be a dominating 22-11 advantage, but then the visitors went on a seven-point run to tighten the deficit to 22-18 before the Rockets regained control.

Still early in the season, Blowing Rock sits at 2-2 and tied with Bethel and Cove Creek for 4th place in the Watauga County Middle School standings. Hardin Park remains undefeated at 4-0, while Parkway and Mabel are tied for second with 3-1 records.

Next up for Blowing Rock is a road trip to face top-ranked Hardin Park on Thursday, Nov. 12 at 4 p.m.