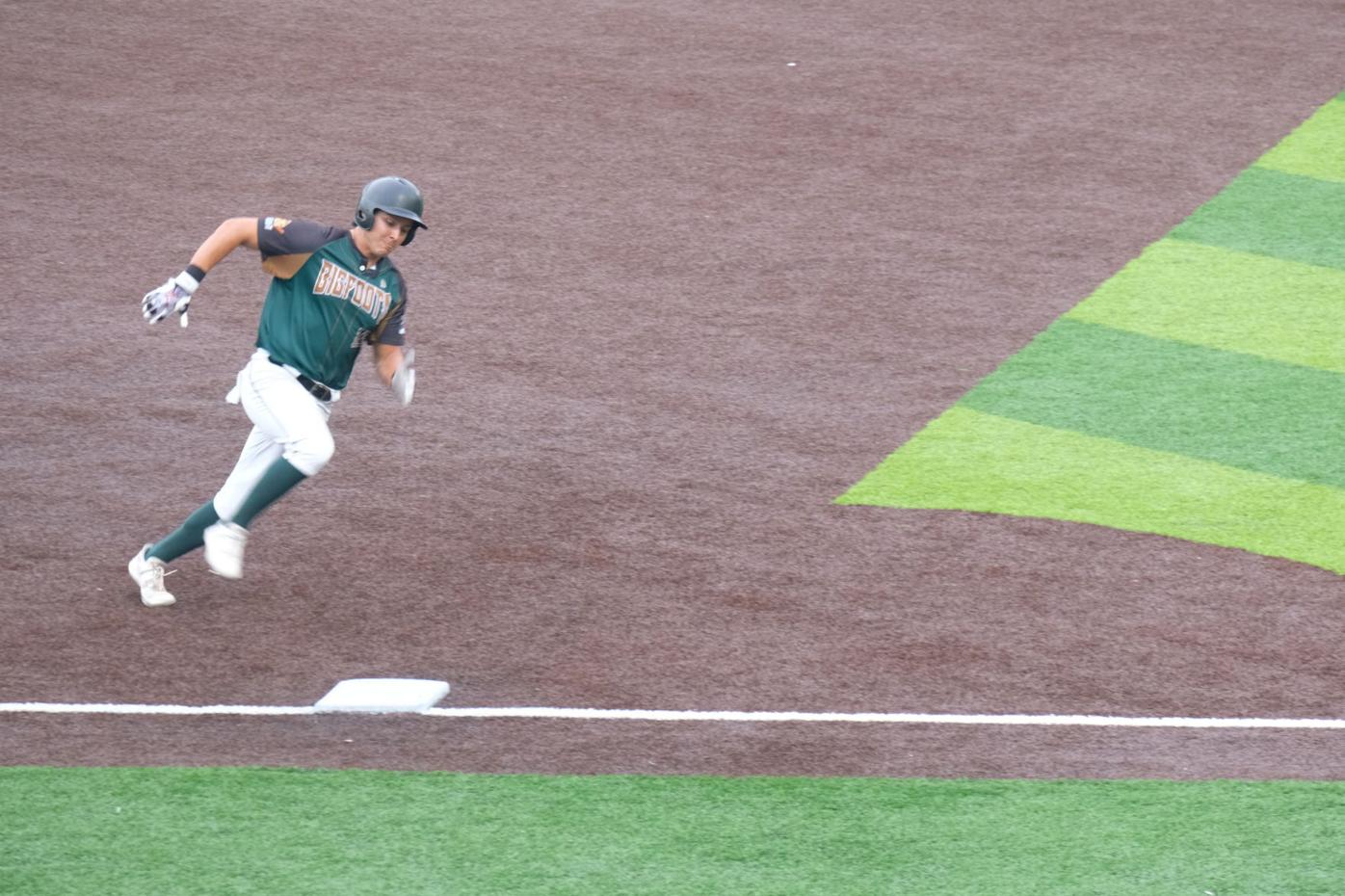 Miguel Abascal rounds third on his way to the Bigfoots’ third of 12 runs against the Stars on July 20. 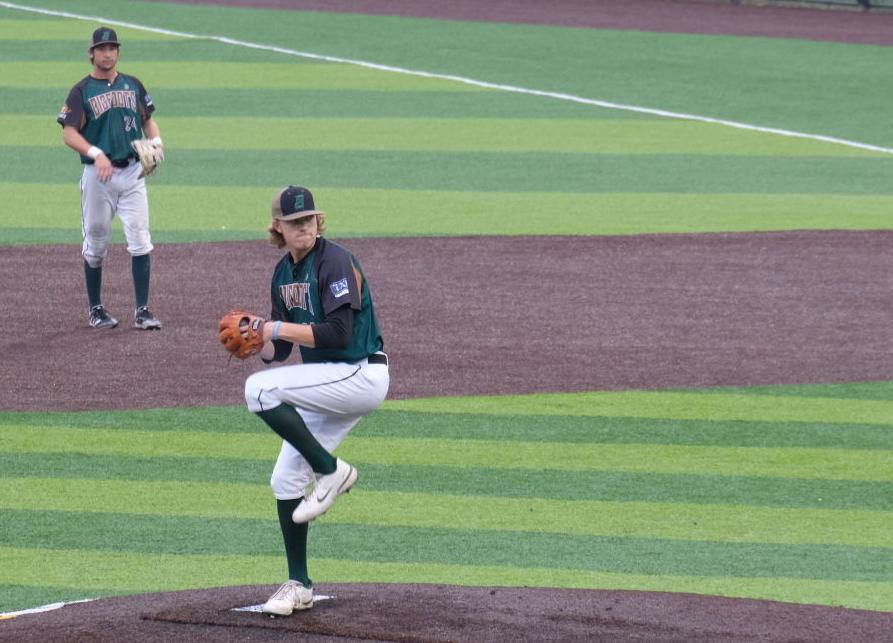 Caleb Bly held the CV Stars to one run in his five innings on the mound in the Bigfoots’ 12-1 win on July 20.

Miguel Abascal rounds third on his way to the Bigfoots’ third of 12 runs against the Stars on July 20.

Caleb Bly held the CV Stars to one run in his five innings on the mound in the Bigfoots’ 12-1 win on July 20.

BOONE — The result was never in doubt as the Boone Bigfoots rolled over the Catawba Valley Stars on Tuesday, July 20, in a 12-1 blowout for their 20th win of the season.

The Bigfoots (20-5) came into the game with some extra days’ rest, having lost their two weekend games to inclement weather. However, they still had the momentum after a 6-0 win over the Statesville Owls on Friday, July 16.

Getting the chance to start for the Foots was Caleb Bly, and the righty allowed a hit to his first batter, but saw out the top of the first with no earned runs.

His Stars counterpart, Roman Doroshe, was not so lucky, allowing Logan Leax to reach third base on a single and a wild throw. Leax was followed by Tyson Bass, who got to third the old-fashioned way with a big hit to send Leax home for a 1-0 lead.

Bass would immediately add to the Bigfoots’ lead when he stole home after Doroshe sent in a wild pitch, making it 2-0 before the end of the first inning.

After Bly kept the shutout going, Doroshe had a better time in the bottom of the second, only allowing one run. Bigfoots baseman Miguel Abascal singled before stealing second, only to be sent home by catcher David Milam for the 3-0 lead.

Bigfoots skipper Ryan Smoot said that throughout the game, the Boone batters were consistent and effective.

“Obviously, you go six innings and never have a zero (on the scoreboard) it looks pretty good,” Smoot said. “If you go up and down the lineup, I don’t know if you can find a guy who had a bad night.”

The top of the third saw the Stars finally answer the Bigfoots on the scoresheet, when a deep single from Tanner Brandon gave Tommy Cruz the daylight he needed to get home from second.

No longer leading a shutout, the Bigfoots kept scoring, adding a fifth run in the bottom of the third before holding the Stars scoreless in the top of the fourth.

The wheels fell off for Doroshe in the bottom of the fourth inning, hitting Milam with a pitch before a wild one let Milam steal second. Logan West tripled in the following at-bat, getting Milam to home plate before stealing it himself on yet another wild pitch from Doroshe.

After Leax and Bass got on-base, Doroshe allowed his eight and final run of the night, although it was really a fielding error that let Walter Munday get the RBI and first base.

Doroshe was replaced by Jake Speaks before the bottom of the fifth, who was tasked with helping the Stars dig out of an 8-1 hole. Instead, he walked Dallas Trevena before Abascal took first on another error. A single from West could not load the bases as Trevena was tagged at third, but the Bigfoots turned out to not need the bases loaded.

David Julian bashed in a double to send Abascal home from second, which was followed by West stealing home on a wild pitch from Speaks.

With five stellar innings under his belt, Bly was replaced by Tai Lizdas before the top of the sixth inning, and he held the Stars scoreless in his two innings on the mound.

In the bottom of the sixth, the Foots did not have to do much, already in sniffing distance of the seven inning 10-run mercy rule. Still, they added another run for safety’s sake when Trevena belted a double down the left field line to get Munday in as the Bigfoots’ 12th and final run of the day.

With the Stars unable to score two runs in the top of the seventh inning, the game ended early for the Foots’ third-straight win.

While Lizdas played the role of closer, it was not the plan when Smoot sent him to the mound. However, Smoot was quick to commend the impromptu finisher.

“What he’s done recently, he’s closed the door,” Smoot said. “Tai has not given teams any runs to get back in the game, any sort of life, and that’s huge.”

The game was the sixth meeting between the Stars and the Bigfoots, with Boone leading the season series 5-1.

Back on a hot streak, the Bigfoots will not have long to play again, slated to face the Bootleggers on Wednesday, July 21, at home.