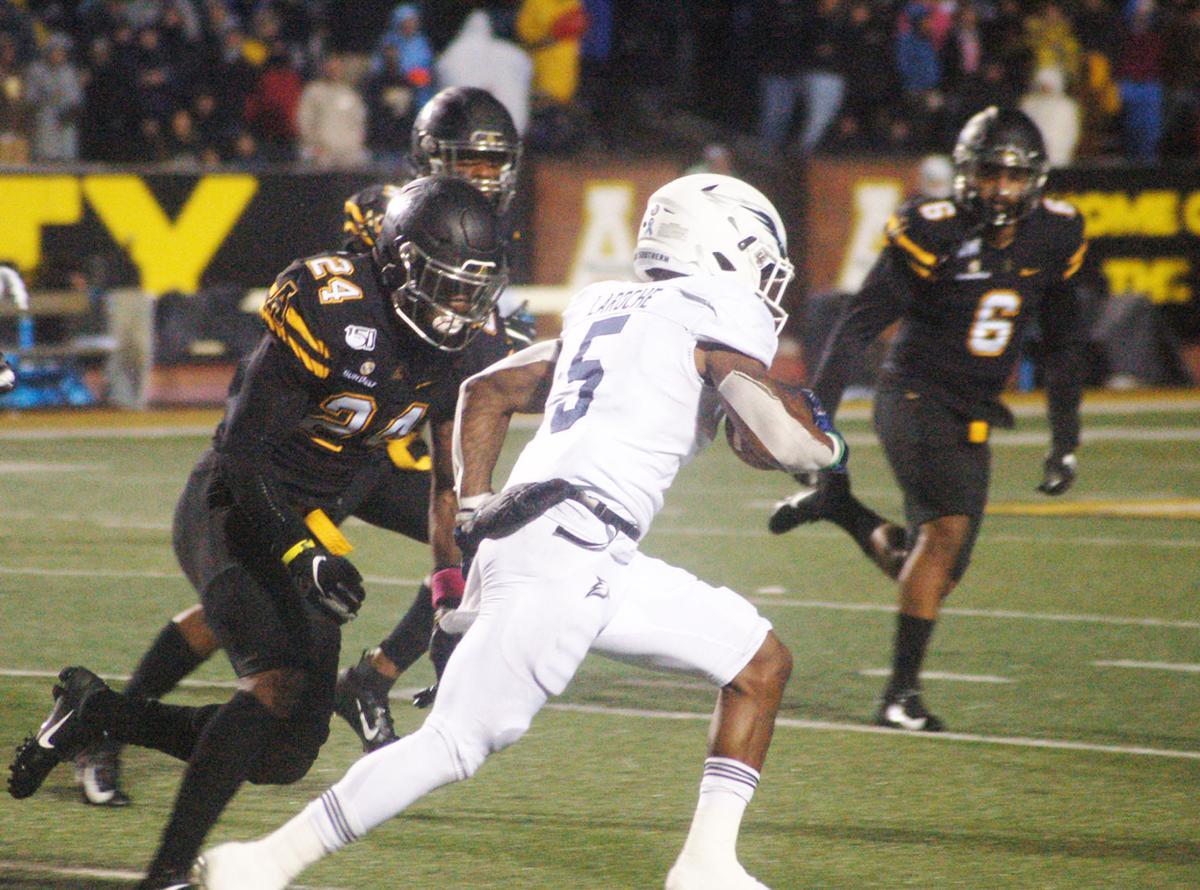 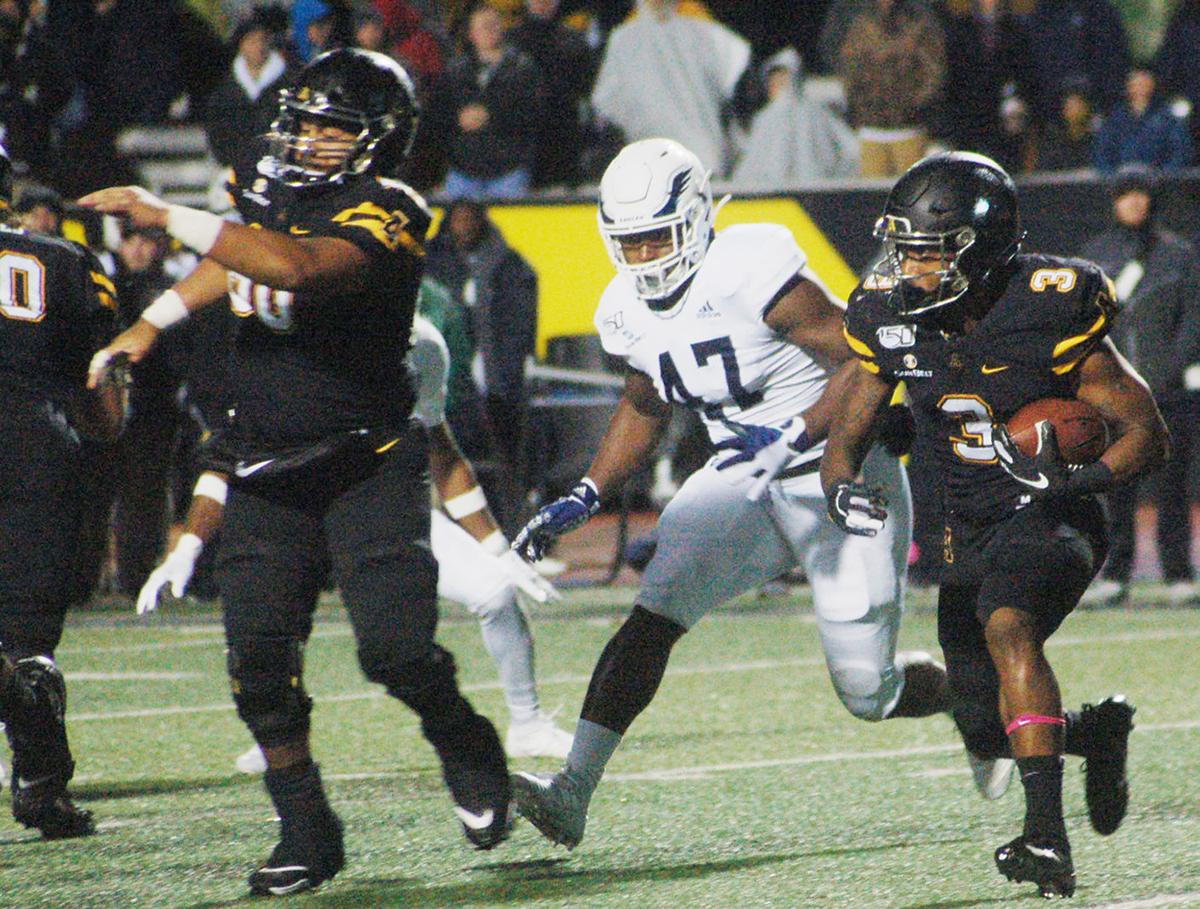 App State’s Darrynton Evans (3) was selected by the Tennessee Titans in the third round of the 2020 NFL Draft.

App State’s Darrynton Evans (3) was selected by the Tennessee Titans in the third round of the 2020 NFL Draft.

BOONE — Most NFL rookies can benefit from any type of edge to make an NFL roster. Often, the ability or the potential to play special teams is that edge that results in a weekly NFL paycheck.

Former Appalachian State running back Darrynton Evans and linebacker Akeem Davis-Gaither fall into that category. They have that edge both in experience and in potential by proving in college that they could play special teams at a high level.

Evans is also the 2019 Sun Belt Conference Offensive Player of the Year, two-time Sun Belt championship game MVP and was selected in the third round, 93rd overall, in the 2020 NFL draft.

Davis-Gaither, the fourth-round selection of the Cincinnati Bengals, was the Sun Belt Conference’s Defensive Player of the Year in 2019. He has been clocked running a 4.5 40-yard dash.

Both Evans and Davis-Gaither are willing to reprise their special teams roles with their respective teams.

“I love special teams,” Davis-Gaither said in a post-draft interview. “My sophomore year, I was Special Teams Player of the Year, so I give my all to special teams, just like if it was on defense.”

Evans made a splash with the Mountaineers in the 2016 Camellia Bowl by returning a kickoff 94 yards in an App State win over Toledo. Evans said he was recruited to App State as an athlete and played both running back and receiver in his freshman season.

“They talked to me about kick-returns and playing special teams,” Evans said. “I think they saw I could do it. They talked about me helping them with that phase of the game. They want me to help the offense with field position.”

Both players are also eager to play their regular positions on the field. Davis-Gaither, who led the Mountaineers’ defense with 104 tackles, is also willing to play hurt. He played a nearly a complete season with a stress fracture in his foot against North Carolina in the third game.

He’s had surgery to repair it and said he’s healthy enough to play.

Evans told media after the draft that he was brought in by former App State coach Scott Satterfield to be on the field despite the fact that the starting running back was all-time App State rusher Marcus Cox and his backup was Jalin Moore, who was recently released by the New York Jets.

Evans also played at receiver as a freshman before settling in as a starter at running back in 2018, when he gained 1,187 yards his sophomore season after an ankle injury to Moore knocked him out for the season.

Evans left App State after his junior season for a chance at the NFL. Evans feels the Titans’ zone-blocking scheme with their running game is similar to App State’s blocking scheme.

“There is a lot of inside and outside zone,” Evans said. “That’s kind of what I’ve gotten used to and comfortable with. It’s really now just learning the terms and everything with the Titans.”