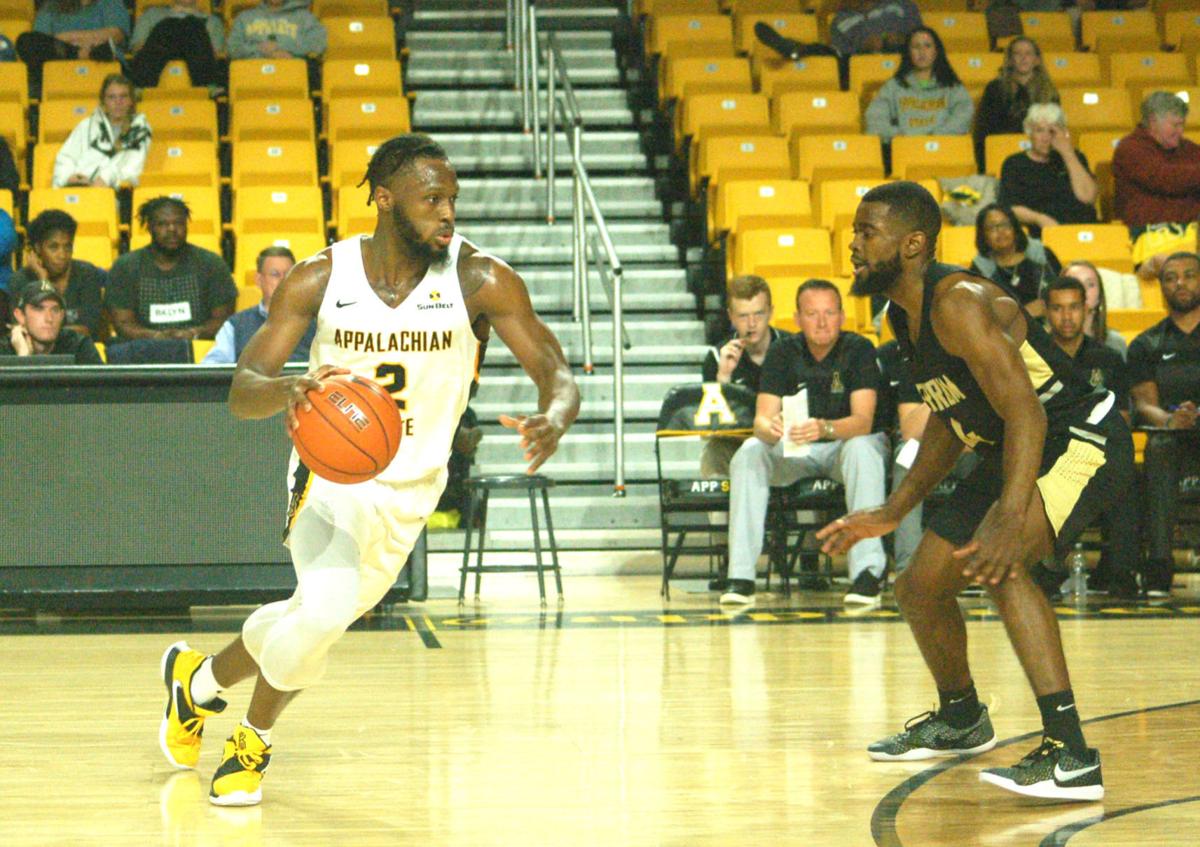 Ronshad Shabazz, who plays against Ferrum in his senior season, played professionally in Russia in 2020. 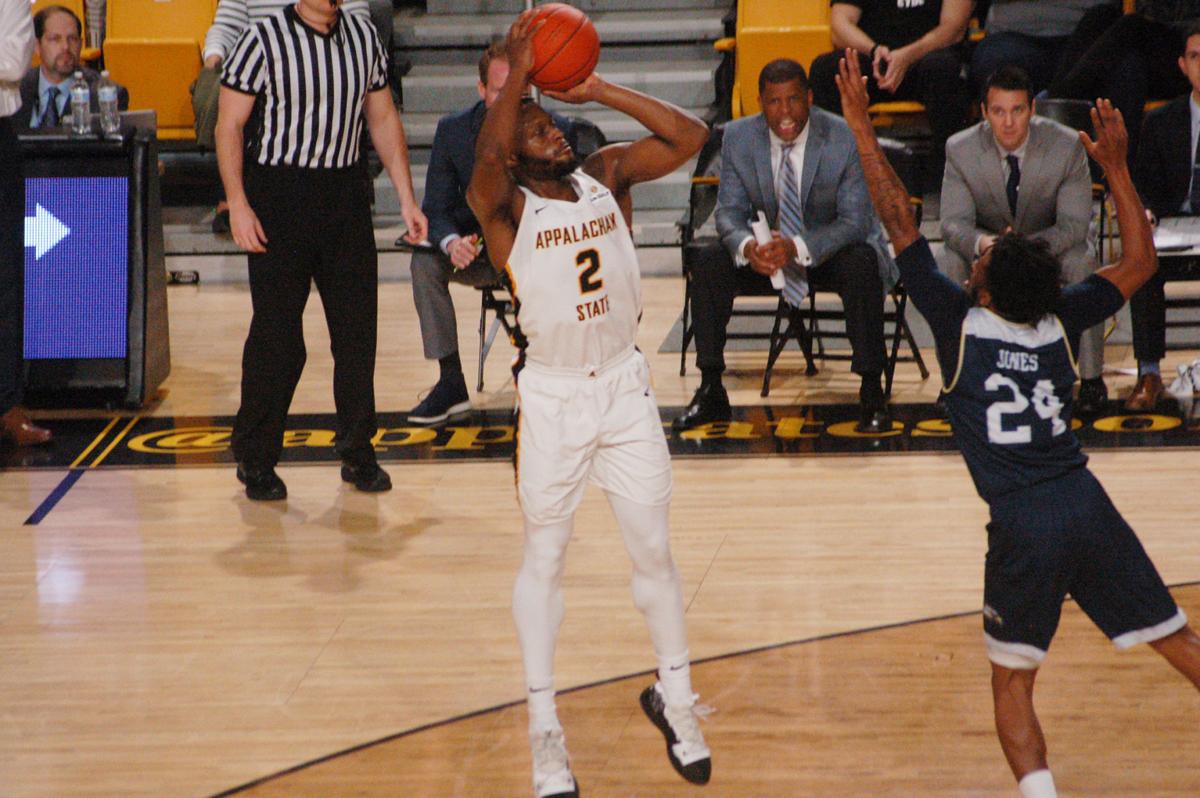 Ronshad Shabazz, who plays against Ferrum in his senior season, played professionally in Russia in 2020.

The former Appalachian State standout traveled to play ball for Vostok-65 in the far eastern island town of Yuzhno-Sakhalinski, Russia, for several reasons, but mostly for a decent payday and to improve his game in a challenging foreign league.

Then the COVID-19 virus started to spread throughout Russia, which Shabazz knew would happen. The basketball league he was playing in suspended its season, and Shabazz was told to go home to the United States.

He never thought that would be so difficult.

On April 2, Shabazz took a nine-hour flight from Yuzhno-Sakhalinski to Moscow so he could catch a flight to New York. Moscow was where Shabazz’s problems were about to go from bad to scary.

“I get on the flight and it’s packed,” he said. “Everybody’s been traveling. I checked around and one person said he’s been traveling for nine hours and another was traveling for six hours and we were sure we were going to take off. We got buckled in and they closed the cabin door and they waited for 10 minutes. Then they said sorry, the flight was canceled. From there, I’m wondering what am I supposed to do?”

On April 3, the plane that was supposed to take Shabazz and several other Americans home never got off the ground. An announcement was made over the plane’s intercom. The plane was emptied and Shabazz quickly found he was on his own in Moscow.

Shabazz did not grow up during the toughest periods of the Cold War, but he knew that historically, relations between Russia and the West have not always been smooth.

“We all know how Russia is,” he said. “The U.S. and Russia have not been a good relationship, so I was worried about that for sure. I don’t know what’s going to happen because nobody in the airport helped us. If you were asking questions, they were like, ‘I don’t know.’”

Shabazz was already told by the team that when the season was suspended, it would be harder for him to get back home than everybody else on the team. Most of his teammates were Russian citizens and had the resources necessary to get to their homes.

“There was not much information given to anybody who did not live there,” he said. “I’d go around asking everybody and saying what do I do now, and they had nothing for me. They’re not telling me anything and the only thing they’re telling me is that the flight is canceled.”

He spent the weekend in a hotel and then got on the phone with the American embassy the next three days trying to find a flight out. On April 6, the embassy told Shabazz to show up at the Moscow Airport on April 8, when a charter plane might be available.

Shabazz filled out the paperwork and his persistence paid off. The plane was at the airport on April 8, and Shabazz was able to fly home.

Nine hours later at 10 p.m EDT on April 9, his plane touched down in New York.

“We got on the plane and we had to wait another hour,” he said. “Eventually the flight was confirmed and we went home.”

Shabazz said he wanted to kiss the American soil he landed on in New York, but couldn’t.

“The coronavirus kept me from doing that one,” he said. “When we got to New York it was a ghost town. Nobody was at the airport.”

His adventure did not come without a big price tag. The flight was around $1,500, and he had to pay $900 to fly his luggage back to the states. The team also did not pay Shabazz for his hotel stay.

It wasn’t all bad for Shabazz in Russia, especially his living conditions. The team paid for his lodging and most of his expenses in a complex that resembled a campus. He said he enjoyed traveling and seeing a different part of the world.

Shabazz said the food was mostly vegetables and a lot of borscht, a beetroot soup made with meat stock, cabbage and other vegetables.

“I had a lot of time to myself and I enjoyed the basketball,” he said. “I really enjoyed just being able to focus on playing basketball.”

Shabazz learned a little of the Russian language, but didn’t see much of the country. He compared the level of Russian basketball to upper-mid-major college basketball. Most of the players were Russian born, and a few were imports from other European countries. Jabril Durham, who played collegiately at Arkansas, was one of Shabazz’s teammates.

He also graduated from App State with a degree in criminal justice.

Shabazz was not selected in the 2019 NBA draft on June 20, but signed with the Houston Rockets. That lasted for a day before he was released, but he was selected to play in the G-League Draft on Oct. 26 for the College Park Skyhawks with the 13th selection of the G-League draft.

“I was excited to play,” Shabazz said. “I was drafted and people don’t understand that if you get drafted, you don’t automatically make the team. I got drafted and I made the team. It was a stressful process, but I solidified my spot on the team and I got in and ended up scoring 12 points in the first 10 minutes I was out there.”

He was traded to the Grand Valley Vipers, who were affiliated with the Rockets. It was from the G-League that Shabazz’s agent was able to work a deal with Vostok-65 of the Russian Super League, which is the second-tier league to the Russian Professional Basketball League (VTB), the premier men’s basketball league.

Shabazz does not know what his future involves, but he did say he is through with Russian basketball and did not want to return to the country — for any reason.

“No, I would not even think about it,” Shabazz said. “To visit and take my family, no.”