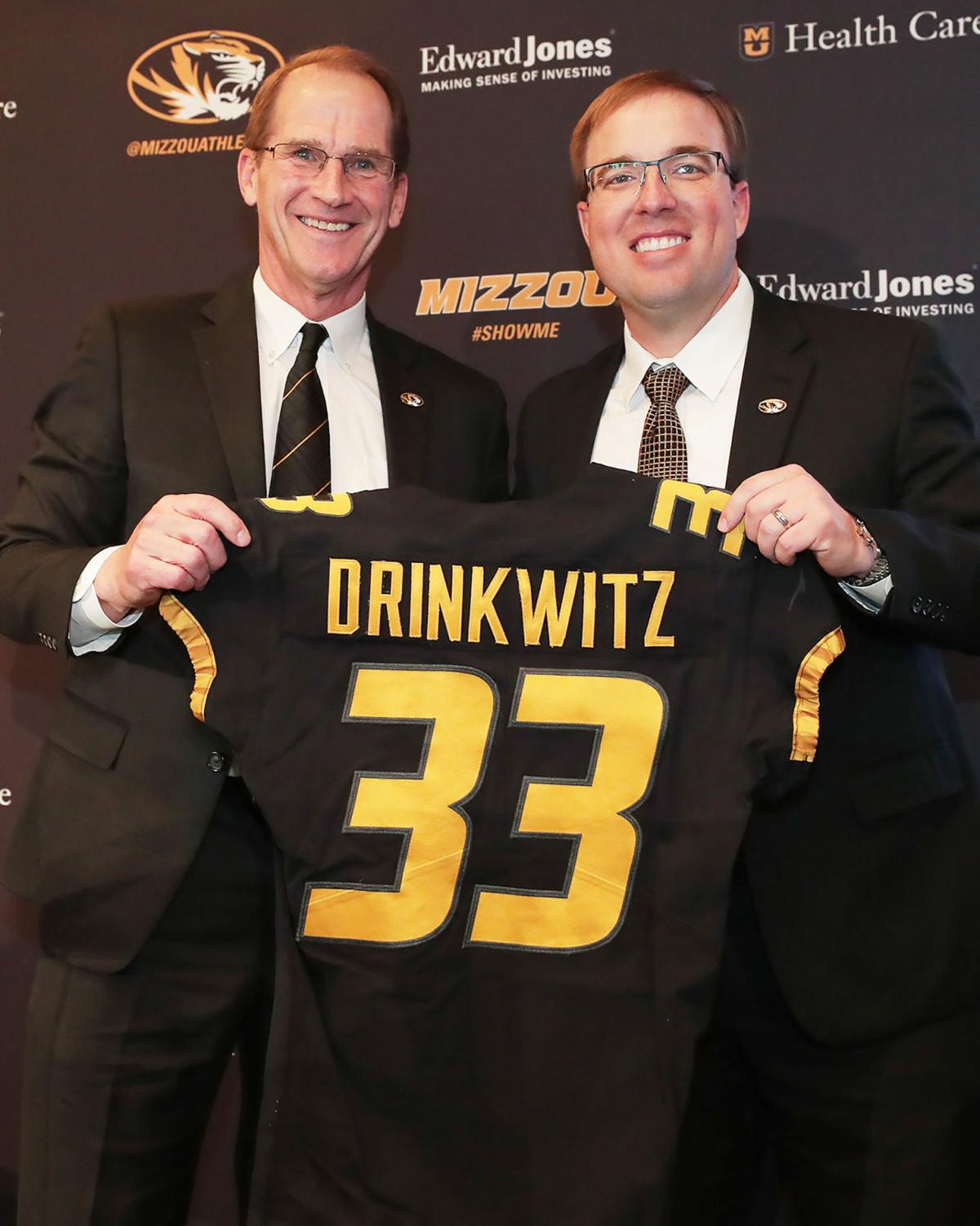 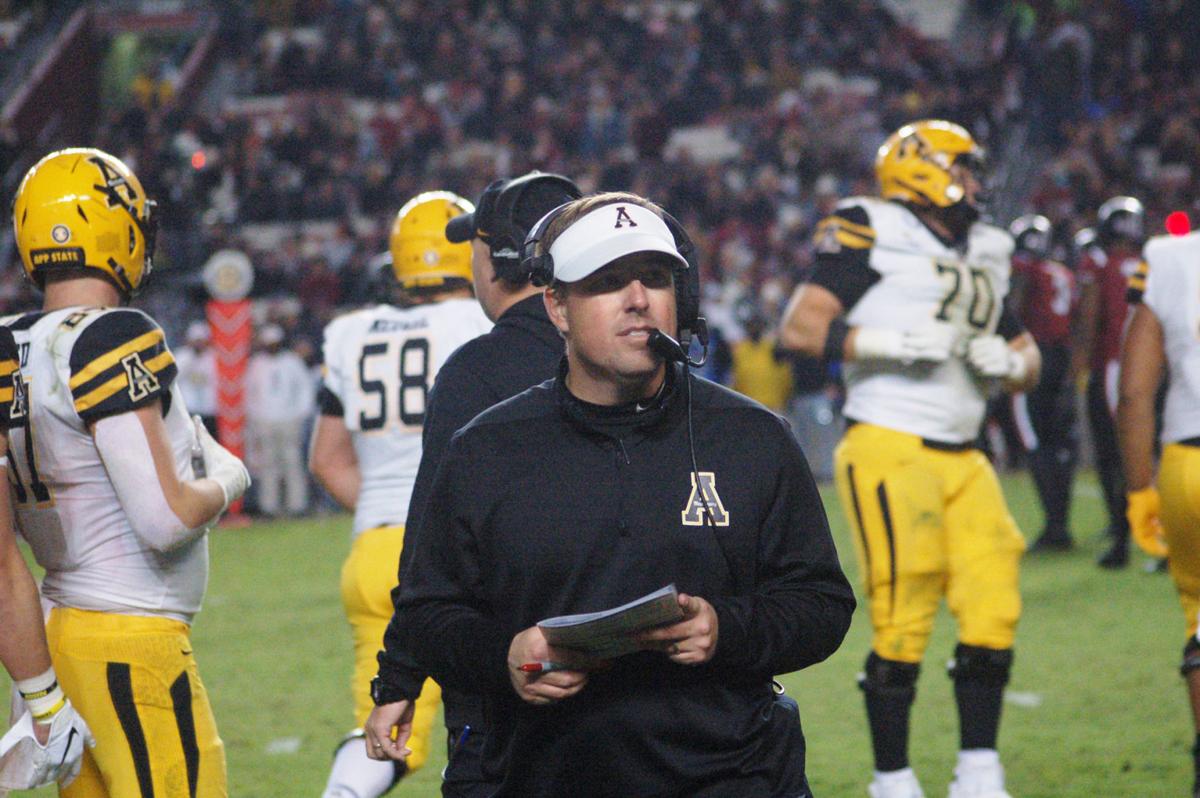 COLUMBIA, Mo. — The path that led to Eli Drinkwitz becoming the new head football coach at Missouri went through Wilkesboro.

That was where Missouri officials met with Drinkwitz about becoming the new coach of the Tigers. But Drinkwitz had a few things to do before his meeting.

First there was coaching Appalachian State past Louisiana 45-38 in the Sun Belt Conference championship game. Then there was seeing his daughter perform in “The Nutcracker” at the Schaefer Center.

Finally, there was the task of becoming the head coach at Missouri.

After all the meetings, plane trips and negotiating, the last step was getting conformation from the UM Board of Curators at 9 a.m. Eastern Time on Dec. 10. A press conference was held at 11:45 a.m. ET that introduced Drinkwitz as the program’s head football coach.

Drinkwitz said the position appeared on his radar screen when he heard Odom was let go.

Drinkwitz spent one season as head coach at Appalachian State. He guided the Mountaineers to a 12-1 overall record and a 7-1 mark in the Sun Belt.

That was good enough to win the Sun Belt’s East Division and earn the Mountaineers a second straight berth in the conference championship game against West Division winner Louisiana.

“Appalachian State was a special place,” Drinkwitz said. “Those players, I owe them an unpayable debt of gratitude for all they did for me and my family. I would be remiss not to thank them and that place, but this opportunity was an opportunity of a lifetime. It wasn’t just another job.”

Drinkwitz was hired by Appalachian State Dec. 13, 2018, after coach Scott Satterfield accepted the head coaching position at Louisville just days after App State beat Louisiana in the inaugural Sun Belt championship game. Drinkwitz was the offensive coordinator at N.C. State in 2018 and helped lead the Wolfpack to a 9-4 record.

At the press conference held in Columbia, Mo., Drinkwitz thanked his family that included his wife Lindsey and daughters Addison, Ella, Emerson and Parker, who was born during the past football season, for their support of his decision.

“I need to thank my wife Lindsey, who gave me and our family the courage to chase this dream of college football in 2010,” Drinkwitz said. “To my girls, for their sacrifice and unconditional love, win or lose, when we score 17 or 45 (points), they’re always there to give me a hug regardless. It’s an honor of a lifetime to be your dad and I’m committed to loving you and taking care of you for the rest of your life.”

Drinkwitz also drew laughter from the crowd when talking about his extended family, which includes five siblings.

“For their constant support, faith and prayers and belief in me, we’ll bring a whole new definition of the Zou when we show up,” he said.

Drinkwitz said he met with the Missouri players Dec. 9. Many were still on campus even though the university is in the middle of taking final exams.

“We had a team meeting and got a chance to shake each and every one of their hands,” Drinkwitz said. “There’s a few who are already home for finals, so I had the opportunity to make some phone calls to those guys and I’m excited to start building a relationship.”

Drinkwitz provided other lighter moments by saying that University of Missouri system President Mun Choi was “a tough man to say no to” and invited him to join in on recruiting trips. He also thanked Missouri Chancellor Alexander Cartwright for the way he handled the situation the last few days.

“Our conversation about it being more than football instantly turned me on to being in the right place,” Drinkwitz said. “It’s more than winning. It’s winning the right way and it’s about effectively evoking change in a young man’s life.”

Drinkwitz accidently referenced the Sun Belt Conference just once when he pledged one of his goals is to win the Southeastern Conference East Division.

“Our stated goal is going to be to win the Sun Belt — sorry, the SEC East,” he said, which drew laughter from the crowd. “(We want) to win a bowl game with class, integrity and academic excellence.”

Drinkwitz said the Tigers can do that.

“We are set up to succeed and we are going to attack success,” Drinkwitz said. “We are never going to fear failure and we’re going to go for it with everything we’ve got. We are going to do this by reigniting the passion we have for Mizzou football.”