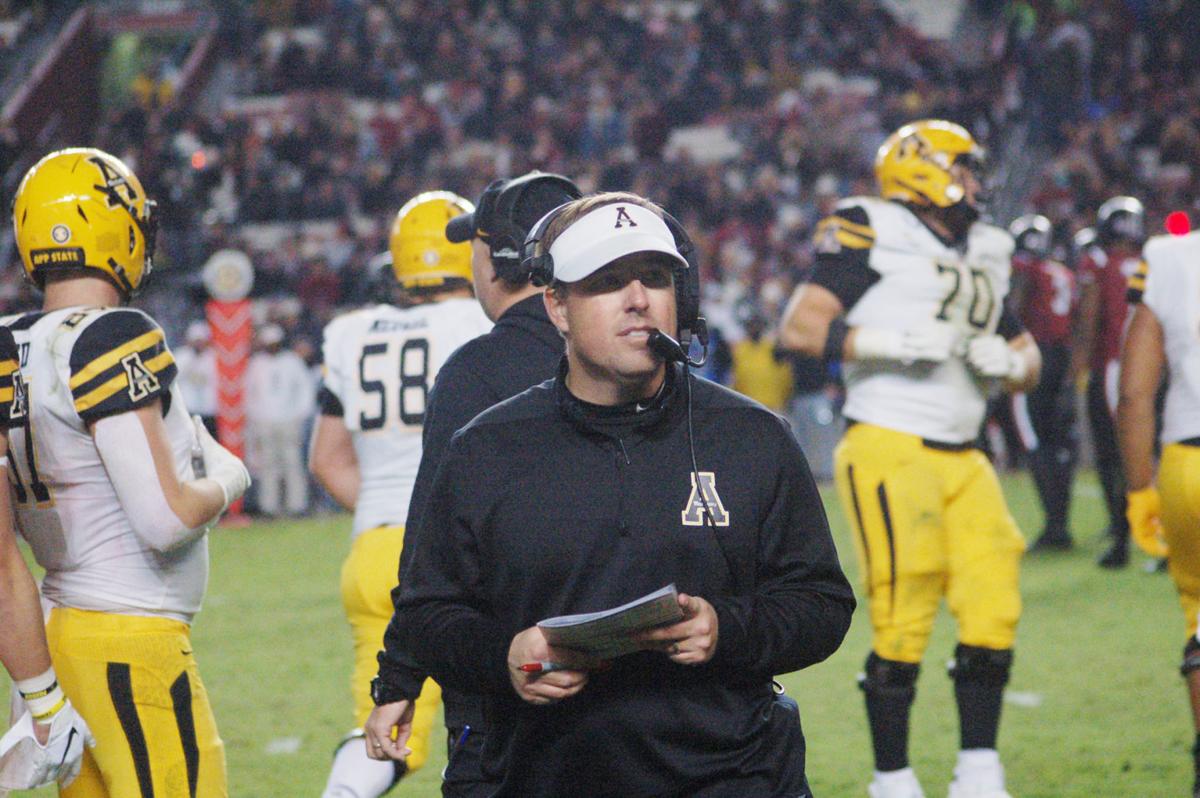 Appalachian State head football coach Eliah Drinkwitz is one of 22 semifinalists for the George Munger College Coach of The Year, which is presented by the Maxwell Football Club. 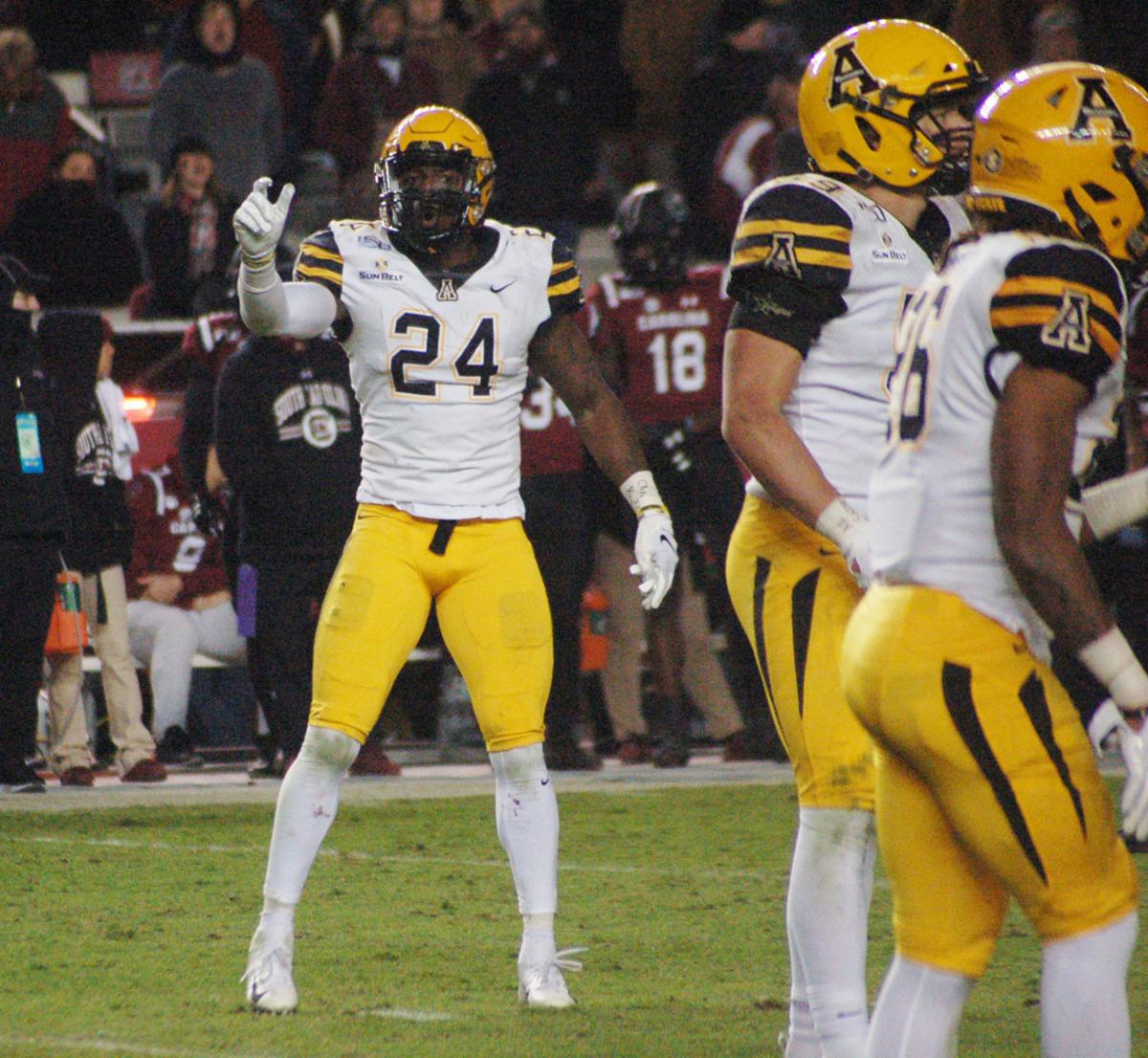 Appalachian State linebacker Akeem Davis-Gaither was selected to play in the Senior Bowl.

Appalachian State head football coach Eliah Drinkwitz is one of 22 semifinalists for the George Munger College Coach of The Year, which is presented by the Maxwell Football Club.

Appalachian State linebacker Akeem Davis-Gaither was selected to play in the Senior Bowl.

BOONE — App State outside linebacker Akeem Davis-Gaither has been selected to play in the Reese’s Senior Bowl, and first-year App State head coach Eliah Drinkwitz has been named one of 22 semifinalists for the George Munger College Coach of the Year Award, which is presented by the Maxwell Football Club.

Under Drinkwitz’s direction, App State (9-1, 5-1 Sun Belt) is No. 22 in this week’s Amway Coaches Poll, No. 23 in the AP Poll and No. 24 in the College Football Playoff rankings. Playing in the third-ranked Group of Five conference, the Mountaineers have posted road wins at North Carolina of the ACC, South Carolina of the SEC as well as Sun Belt West Division leader Louisiana (8-2) after last beating a Power Five conference opponent in 2007.

App State and Louisiana are the only G5 teams among eight FBS programs that rank in the top 25 nationally this season in both scoring offense (No. 11 at 38.4 points) and scoring defense (No. 21 at 19.9 points). Of the 22 semifinalists, Drinkwitz and three others are first-year head coaches at that school.

Drinkwitz and Ohio State’s Ryan Day are in their first seasons overall as college head coaches.

The Reese’s Senior Bowl, a prestigious all-star game held Jan. 25 in Mobile, Ala., will cap a week in which the top seniors in college football compete and work out in front of NFL personnel.

Davis-Gaither already has been named a Top 100 draft prospect by The Athletic, and App State alum/NFL Network analyst Daniel Jeremiah revealed the Senior Bowl invitation to Davis-Gaither this week at the end of one practice.

An App State player is receiving a Senior Bowl invitation for the third straight year, as running back Jalin Moore went to Mobile in 2018 and offensive guard Colby Gossett represented the Mountaineers in 2017. Wide receivers Brian Quick (2011) and Dexter Jackson (2007) also participated.

An All-America and Sun Belt Defensive Player of the Year candidate, the 6-foot-2, 215-pound Davis-Gaither’s versatility has been on display during a senior year in which he’s made 76 tackles (No. 4 among Sun Belt players on teams with winning records), 11.5 tackles for loss (No. 2 overall in the Sun Belt), 3.5 sacks, six PBUs (No. 7 nationally among non-DBs). He also had a second-half interception at North Carolina and a blocked field goal on the final play of the 34-31 win against the Tar Heels.

Davis-Gaither’s most prolific performances have come in App State’s biggest games, as he’s totaled 44 tackles, 6.5 TFLs, 1.5 sacks, three pass breakups, one interception and one FG block in the Mountaineers’ four games decided by 10 points or less.

Last year, he had a team-best 105 tackles for a defense that ranked fourth nationally in points allowed per game, and the Mountaineers are No. 21 in scoring defense this year.