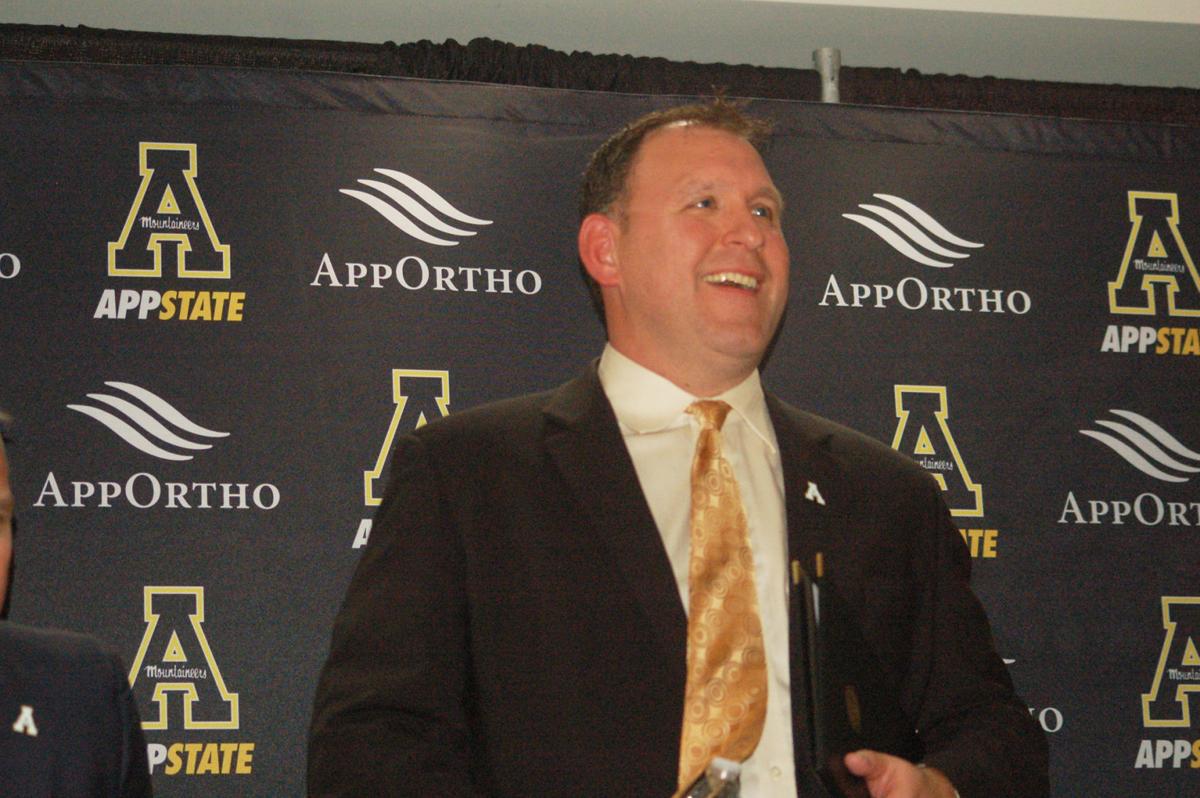 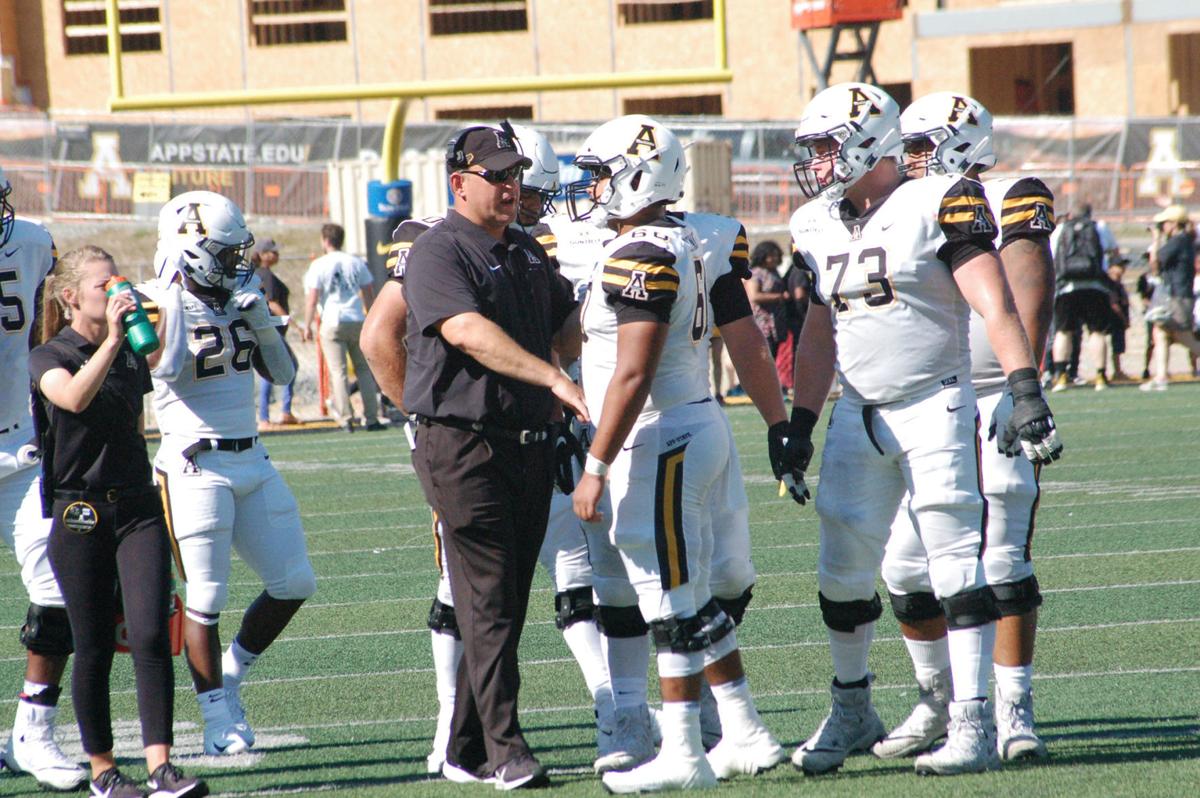 New Appalachian State head football coach Shawn Clark talks with some of his offensive linemen during a timeout in App State's game with Charlotte this season.

New Appalachian State head football coach Shawn Clark talks with some of his offensive linemen during a timeout in App State's game with Charlotte this season.

Shawn Clark could not pass up an opportunity not only to run his own football program, but one that he was so close to.

Clark, who was an All-American offensive lineman at Appalachian State, was officially hired to be the program’s 22nd head coach Dec. 13.

Clark, who was promoted from offensive line coach, had the boosters at the Ricks Center cheering, laughing and listening to every word. Clark was a little emotional after going through a list of friends, colleagues and family members who helped him through a career that started as a player at App State, took some turns as an assistant at other colleges, and then made its way back to Boone.

“When you coach at your alma mater, there’s something special about it,” Clark said at his press conference. “The extra hours you put in, you know you want to make your alums, your fellow teammates, everyone in App Nation proud. That’s what’s so gratifying to me, to make you guys proud.”

Clark, whose first game is Dec. 21 against Alabama-Birmingham in the New Orleans Bowl, has a week to get the 12-1 and Sun Belt Conference champions Mountaineers ready. He said the current assistants on staff would stay to coach the bowl game, so he won’t have to spend his first week recruiting assistant coaches and players, since this is a live week.

He had a message at the start of his press conference to the supporters of the program.

“Let’s state the obvious,” Clark said. “I have inherited a great program — a program that broke many records in the 2019 football season. (It’s) a program that has made history. A program that ended up being ranked in the top 20 in college football. It’s a program that I am proud to be a part of as a player and a coach.

Clark takes over a program he helped build. He was hired by Scott Satterfield to coach the offensive line in 2016. He was also hired to be the co-offensive coordinator for the running game.

Clark said he heard the rumors following Drinkwitz, who took the Missouri job Dec. 9. He said he spent most of that day recruiting and doing what he always does in a typical week.

“There are always rumors, so it was business as usual,” Clark said. “I was out recruiting — I was in a home, and my phone didn’t stop ringing, so I turned the phone off and finished my home visit. I went to my car and understood what was happening, so we had to make a change of plans.”

Clark said he went to visit a recruit in Columbia, S.C. when he learned he was in the running for the job. A phone call from Doug Gillin on that recruiting visit let him know he had to interrupt his plans for that day.

“I looked at my phone and I had 817 text messages,” he said, drawing heavy laughter from the crowd. “I went to the home visit and Doug called and said you have to get back to Boone right now and I said ‘I’m on my way’.”

“It’s been a whirlwind,” he added. “It’s been an excellent experience and I can’t wait to get started.”

Hardee's is looking for Team Players!