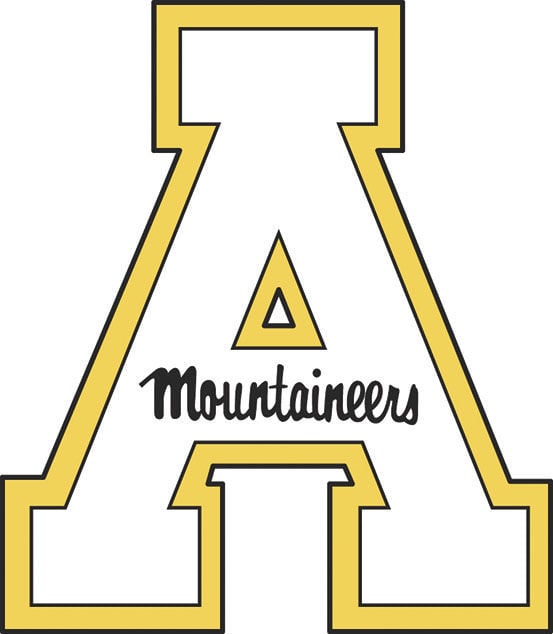 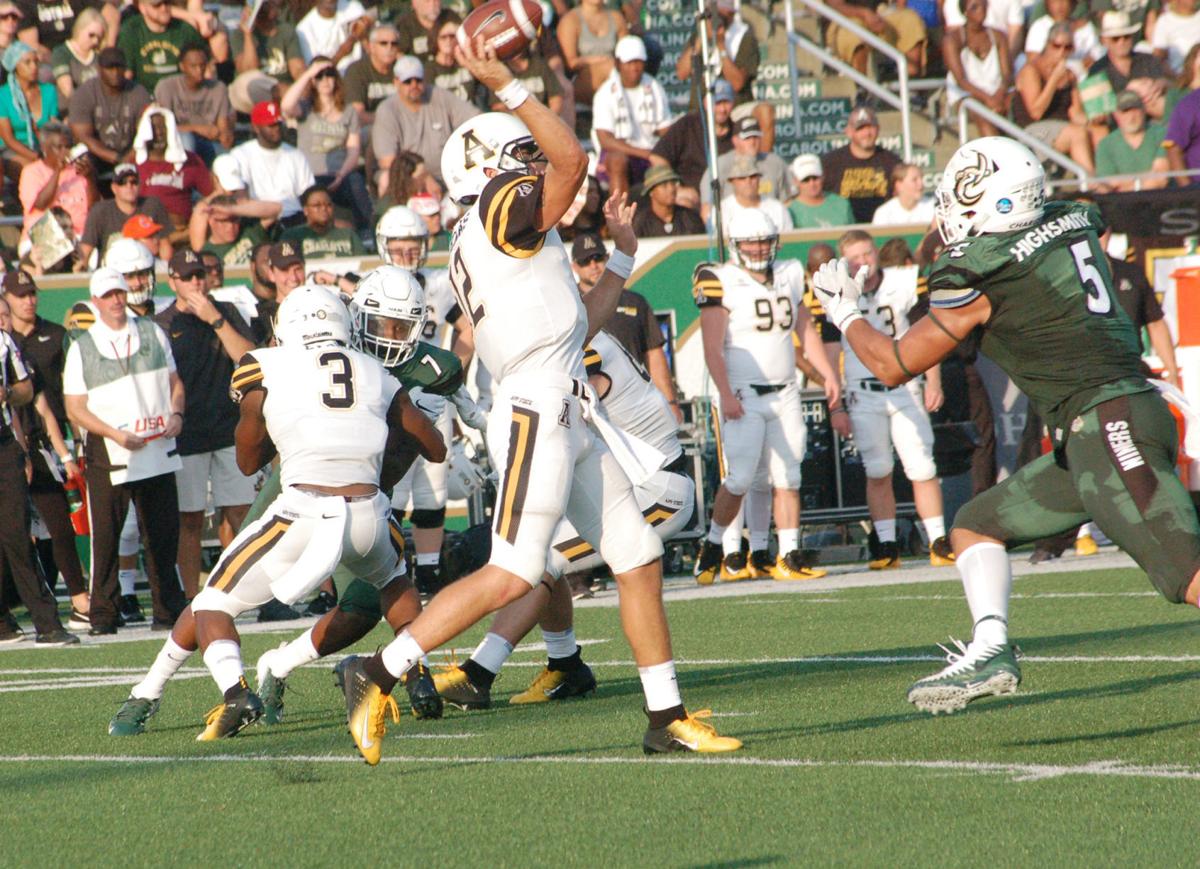 Appalachian State quarterback Zac Thomas, who led the Mountaineers to a win over UNCC in 2018, will lead App State when it hosts the 49ers on Sept. 7.

Appalachian State quarterback Zac Thomas, who led the Mountaineers to a win over UNCC in 2018, will lead App State when it hosts the 49ers on Sept. 7.

BOONE — Two matchups against Power Five Conference foes from the Carolinas and a nationally televised Thursday home game against Georgia Southern on Halloween night are among the highlights in a 2019 schedule that includes two home games apiece in September and October for Appalachian State’s football team.

The Sun Belt Conference released its football schedule March 1, while the Mountaineers’ non-conference games have been known in advance.

There is one other non-Saturday game on the 2019 schedule. App State plays at Louisiana on Oct. 9, which is on a Wednesday. The game will be broadcast on ESPN2.

The 2019 Sun Belt Championship Game between East and West Division winners will be held Dec. 7 at an on-campus location.

Arkansas State is the lone member of the 10-team Sun Belt not on Appalachian State’s eight-game conference schedule in 2019. The Mountaineers will be facing South Alabama in Mobile, Ala., for the first time since 2015, and the App State-Georgia Southern game will be a mid-week ESPN matchup for the sixth straight year.

Appalachian State will play North Carolina in football for just the second time, as the Tar Heels won the first meeting in 1940, and the 2019 game is starting a three-game series with UNC. They are scheduled to play in Boone in 2022 and back in Chapel Hill in 2023.

This year’s South Carolina matchup in Columbia, S.C., is also beginning a three-game series that will continue with a 2025 game in Boone and a 2027 game back in Columbia. The two programs have played each other nine previous times, most recently in 1988.

East Tennessee State restarted its FCS program in 2015, and the most recent meeting in the 46-game history between the Mountaineers and Buccaneers occurred in 2003.

Only five of the primary starters from a team that finished 11-2 last season in 2018 are gone for App State, which has won 35 of its last 39 games against Sun Belt opponents, and the Mountaineers return nine All-Sun Belt players.