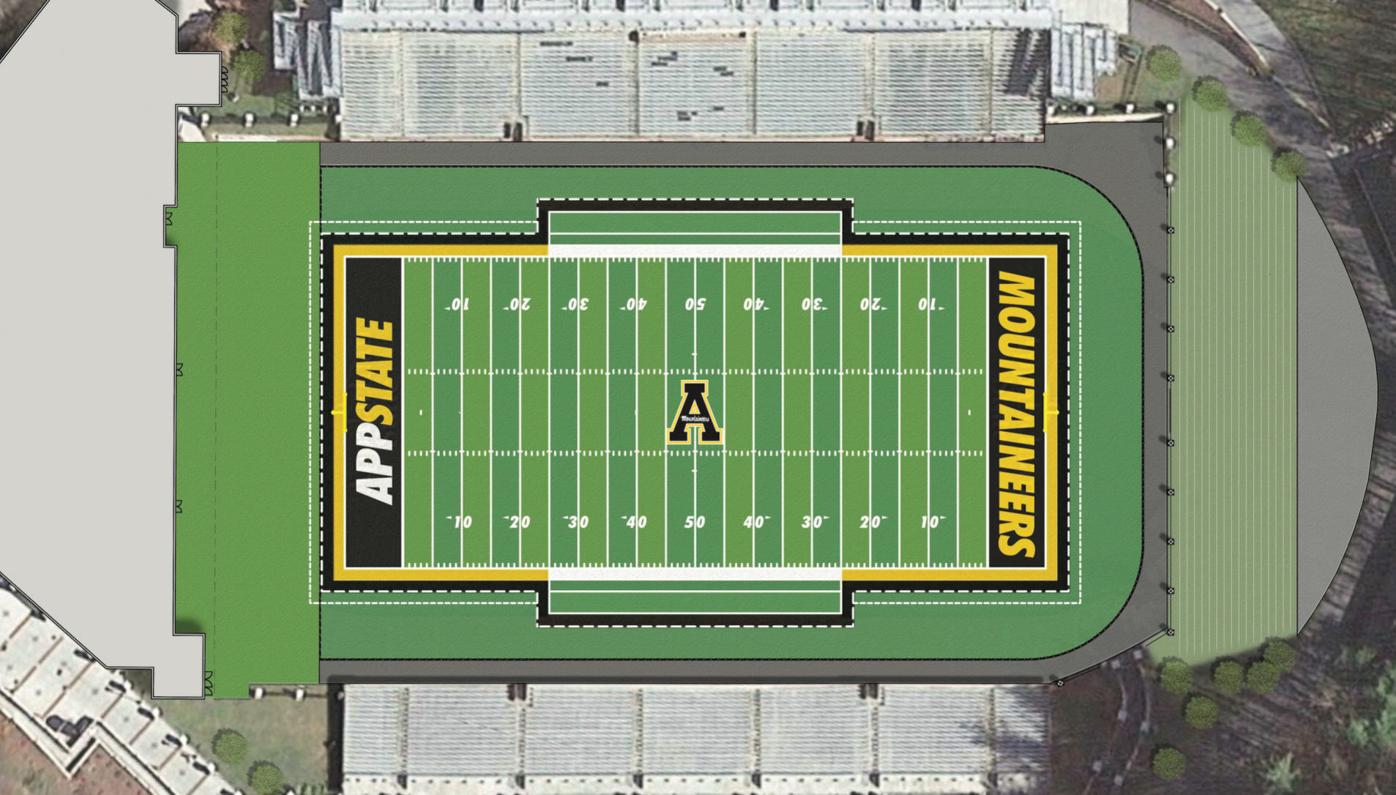 A final rendering depicts how the new Kidd Brewer Stadium AstroTurf field will look after installation is complete. 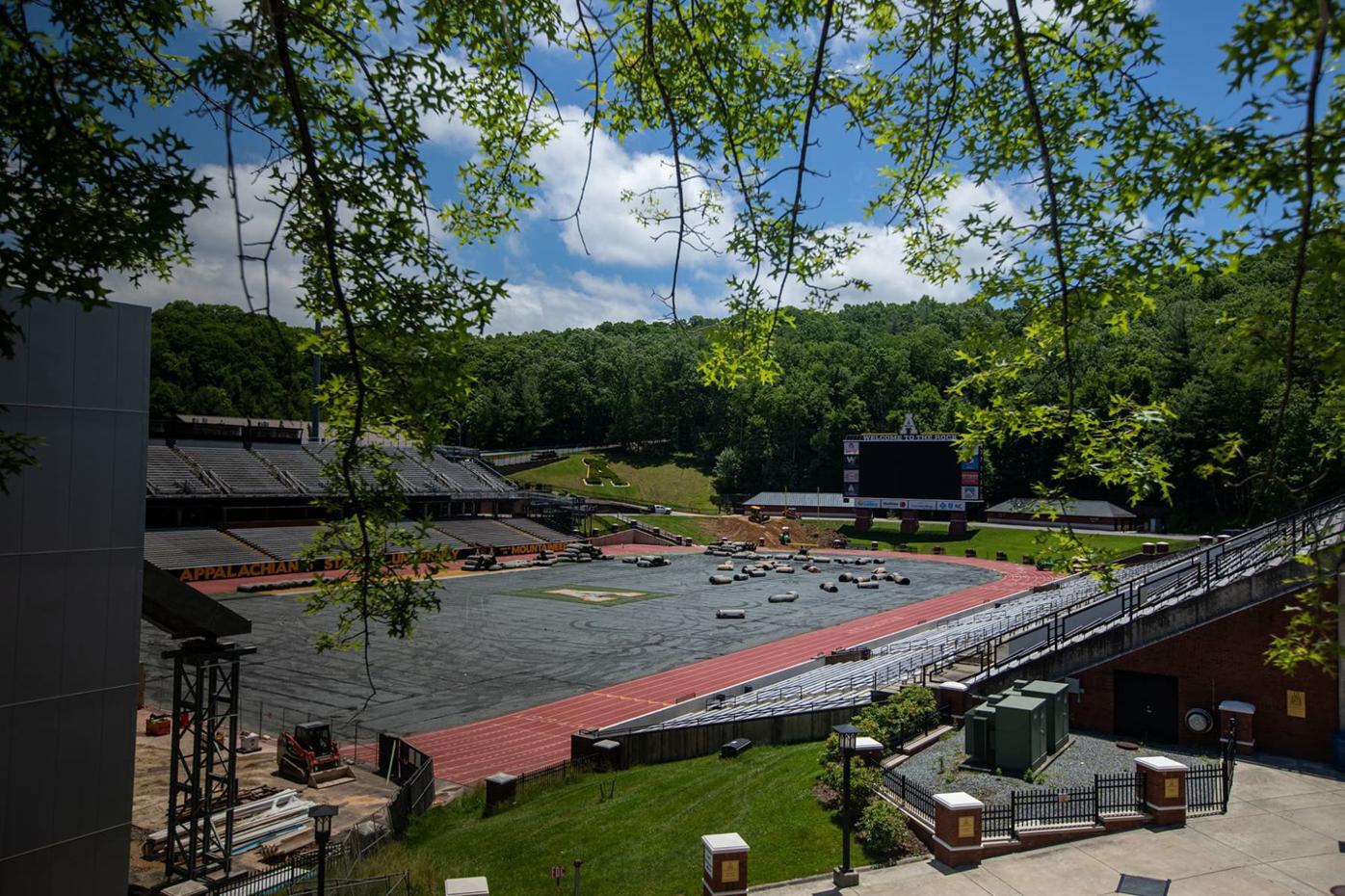 The existing turf in Kidd Brewer Stadium is pictured amid removal on June 11. A new synthetic turf that is 20 percent larger than the old turf is needed to cover the track, which was removed to accommodate the new end zone facility.

BOONE — The installation of new field turf at Kidd Brewer Stadium is underway, and App State Athletics on June 15 released a rendering of the new field design.

The new synthetic turf will be 20 percent larger than the old turf because of the removal of the track to accommodate the new end zone facility. According to the university, the existing turf was nearing the end of its serviceability, “making an addition over the exposed track area impractical.”

The project also includes changes in the grading and drainage, as well as new emergency vehicle access points and storm water modifications, the university said.

The turf designer is CHA Consulting Inc. and the vendor/installer is Astro Turf. The project cost is approximately $1.5 million.

In conjunction with the field turf installation, the grassy hill behind the south end zone, also known as “Miller Hill,” is being regraded to bring it closer to the field.

Athletics Director Doug Gillin said last year that the walkway that currently connects both sides of the stadium behind Miller Hill would be three times bigger by kickoff in 2020. The walkway is the site of third-party food vendors and restrooms, and has experienced crowding during high-attendance games.

On November 2019, Appalachian’s Board of Trustees approved expenditures up to $2.5 million for the turf replacement and regrading project.

The project will be funded through donations to Appalachian Athletics’ “A Mountaineer Impact: A Drive for Excellence” fundraising initiative, club seat revenue, Food Services revenue and debt through Millennial Campus designation, which will be repaid using tenant lease revenue, App State said.

The track will be relocated to the university’s property at the former Watauga High School site, also known as the “Appalachian 105” campus.

Miller Hill to be regraded, moved closer to KBS field in 2020

Plenty of cash for some fake grass, not a penny for faculty raises. But it's OK, because the administration "understands faculty frustration" and that makes it all better.