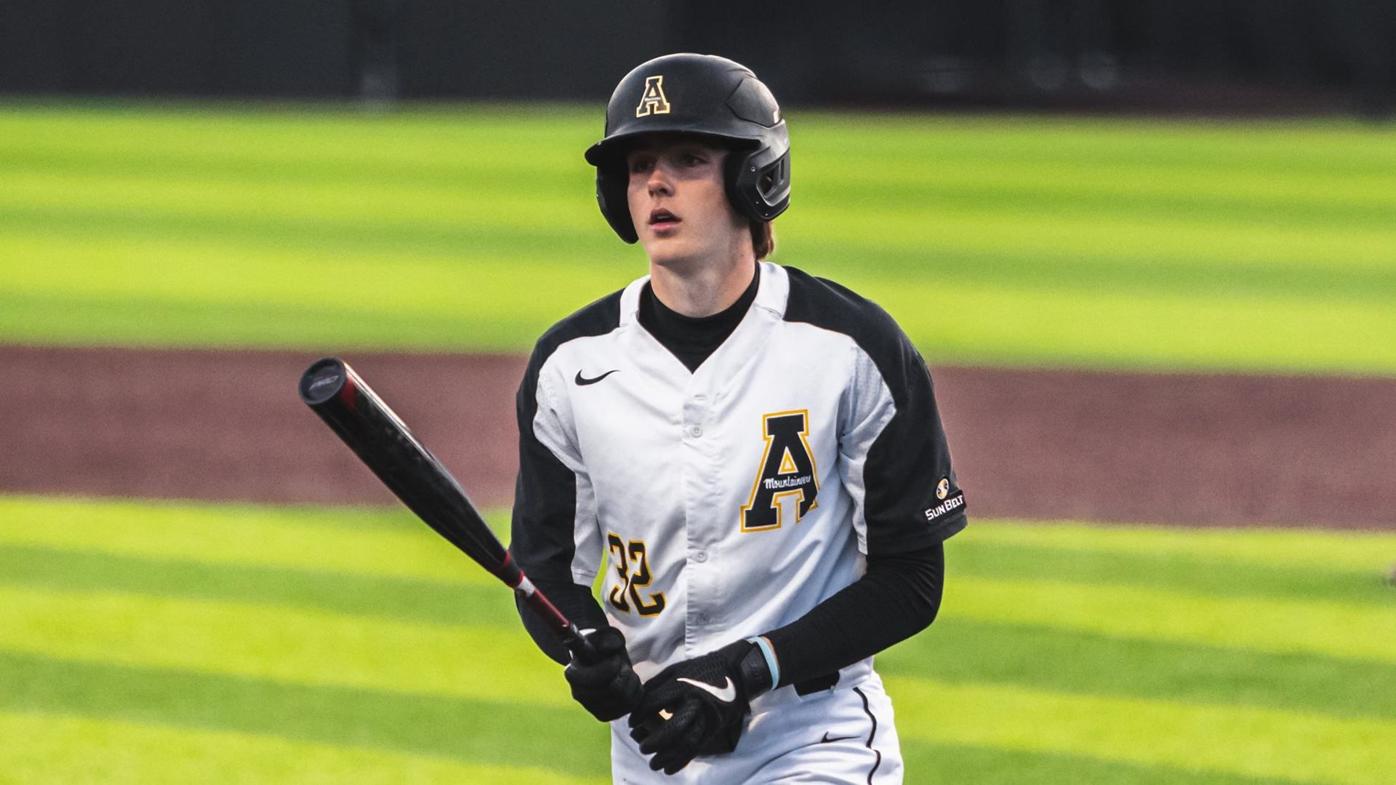 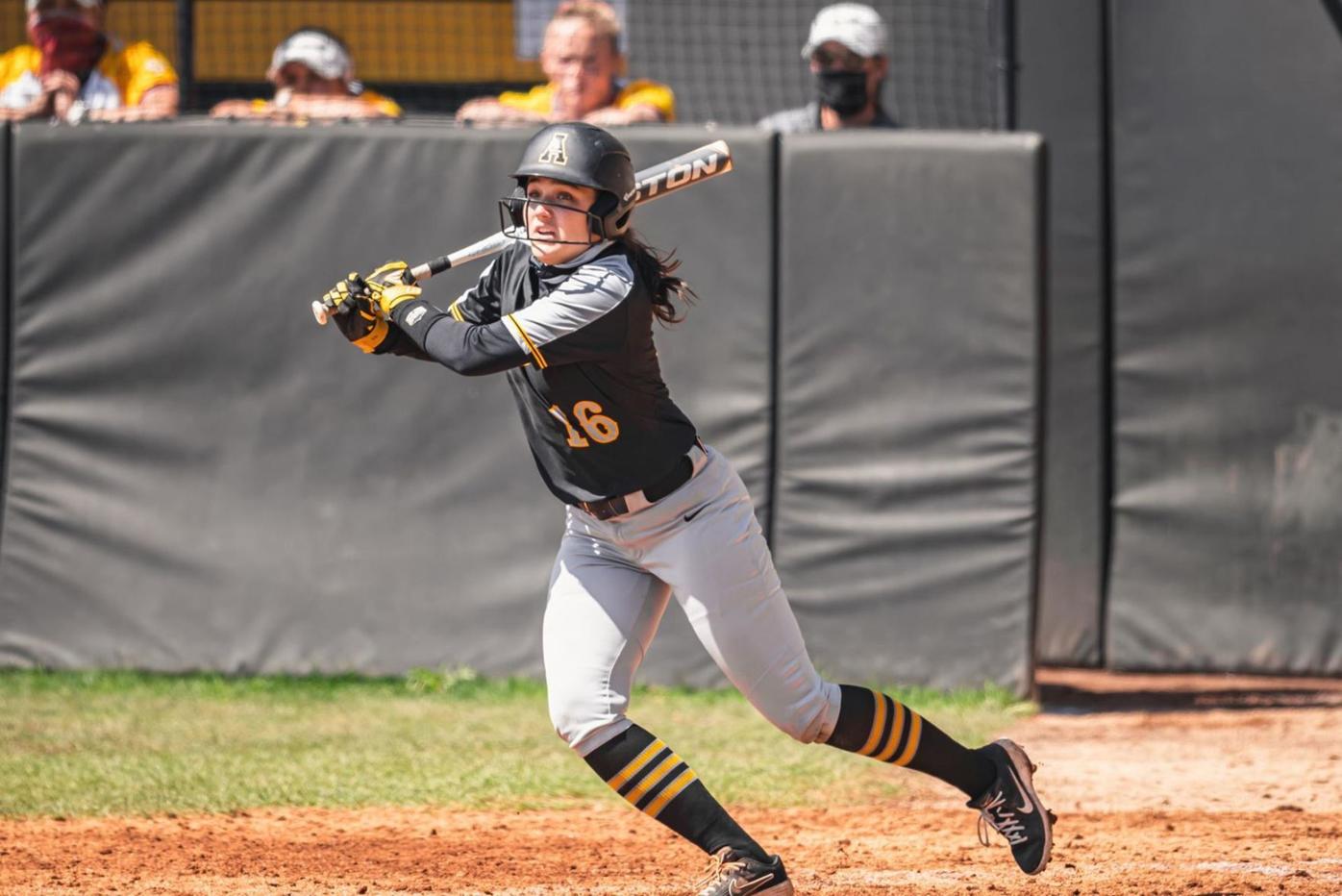 BOONE — Neither the Appalachian State baseball or softball teams managed to take wins away from their weekend series, each stumbling against the Troy Trojans as they prepare for the final stretch of the regular season.

The first game was a defensive battle as two of the top pitchers in the Sun Belt Conference faced off with Troy’s Leanna Johnson and App State’s Kenzie Longanecker in the circle.

The Mountaineers took the first lead of the game with one swing of the bat as Kayt Houston hit her fourth home run of the season in the top of the first and sent home Baylee Morton to take a 2-0 lead.

Troy answered in the next frame, scoring two runs on two hits as Logan Calhoun and Jade Sinness both singled to bring in a run. The game-winner for Troy was scored in the top of the third as Kelly Horne sent a ball over the center field fence for the 3-2 advantage.

App State continued to battle, leaving two runners on in the bottom of the sixth but could not push the tying run across.

Johnson received the win for the Trojans, pitching the complete game and giving up two runs on three hits. She moves to 18-5 on the season. Longanecker struck out one in her seven innings of work, giving up three runs on four hits. She is now 12-5 on the year.

The second game was a back-and-forth affair with four lead changes.

A home run got things going for Troy in the first, with Katie Webb sending one over the center field fence to take a 1-0 lead.

The Mountaineers answered in the bottom of the third as Mary Pierce Barnes started things off with a single up the middle, Taylor Thorp walked and then Emily Parrott moved both runners over with a sac bunt. Keri White then hit a sacrifice fly to left field to send Barnes home.

The Mountaineers took the lead in the bottom of the fourth, with Morton starting the rally with a walk. Good base running on a sacrifice bunt from Houston moved pinch-runner Addison Jones to third to set up for the score when Sidney Russell singled down the left field line.

An error by the first baseman put Gabby Buruato on board and Barnes singled through the right side to score Russell, giving the Mountaineers a 3-1 lead.

The lead did not last for long, as Troy scored two in the top of the fifth to tie up the game. A single followed by an error put runners on first and second.

Katie Lively hit a single to right field but the run was able to score on a fielding error by Buruato. Webb then doubled to bring in another run and the Mountaineers threw out the second base runner who attempted to score on the play.

Troy followed up its next inning at the plate with three more runs to take the lead. A single and a wild pitch would put a runner on second for Kennedi Gaton, who singled to the shortstop to score the first run. Two more singles from Lively and Webb would score the next two runs.

The Mountaineers were not out as they evened the score yet again in the bottom of the sixth. Russell walked, Buruato singled to the pitcher and Thorp walked to load the bases.

Parrott then hit a single to left center, scoring Russell. Buruato would also come in to score on a throwing error by the center fielder. White then hit a sacrifice fly to bring in pinch runner Sidney Martin.

With the game tied up heading to the seventh, Troy plated the final two runs of the game off a two-run home run from Gaton to take the lead. During the bottom of the seventh, Houston walked and Russell singled, but two strikeouts would end the threat for the Mountaineers.

The Mountaineers used two pitchers, as Sydney Holland made the start and pitched 4.1 innings. She gave up three runs on six hits. Delani Buckner (4-3) came on in the fifth, giving up five runs on nine hits and receiving the loss.

After securing the series sweep, Troy put themselves at second in the conference standings, while App stays in the top-half in fifth.

The Mountaineers will look to return to their winning ways on Saturday, May 1, when they begin a three-game away series against UT Arlington.

While the softball team hosted Troy in a battle of top-half conference foes, App’s baseball team (15-20) went on the road against a Trojans team (19-19) also mired in Sun Belt mediocrity.

The series opener on Friday, April 23, saw Troy narrowly escape with a 2-0 win.

Mountaineers pitcher Eli Ellington needed only 23 pitches to retire the six batters he faced after relieving starter Tyler Tuthill, who struck out five batters and allowed five hits in six strong innings. Troy scored on a second-inning sacrifice fly, and an RBI single followed a leadoff double in the sixth.

Games two and three would take place as a double-header on Sunday, April 25.

Andrew Terrell’s first career homer gave App State a two-run lead two batters into the second game of the series. Robbie Young’s two-run single tied the game in the top of the sixth inning, but a five-run scoring glut in the bottom of the sixth carried Troy to a 9-4 victory.

App State opened the game with a single from leadoff hitter Bailey Welch, who went 2-for-5, and Terrell followed with a two-run shot just inside the foul pole in left. He finished 2-for-3 with two walks.

Young’s hit to bring home Welch and Terrell in the sixth was part of a 3-4 game at the plate for the first baseman.

Trailing 4-2 entering the sixth, App State put two on with singles from Welch and Terrell. Both runners advanced on a two-out wild pitch and then scored on Young’s single. Phillip Cole followed with an infield single, and Alex Leshock was hit by a pitch to load the bases, but a hard-hit ball to deep left from freshman Carson Arnold was caught near the fence.

Two walks in the bottom of the sixth set up a one-out, RBI double that was followed by Drew Frederic’s three-run homer for an 8-4 lead.

Andrew Greckel came off the bench to bat and play third base for the first time since suffering an injury on March 19 and corner infielder Trent Lewis caught the eighth inning for his first career appearance at that position.

The series finale was scoreless until Troy put up four runs in the bottom of the fourth inning and added five runs in the fifth as they cruised to the 12-2 win.

App State posted two runs in the sixth as Bailey Welch singled and scored on a double from Terrell, who moved to third on Luke Drumheller’s single and scored on a sac fly from Robbie Young.

Welch went 2-for-4 to lead App State’s offense, and Andrew Greckel made his first start at third base in more than a month.

While the Mountaineers left the series with a 15-20 record, their 6-6 conference record still keeps them above Troy in the Sun Belt standings.

After an April 27 home game against North Carolina State, App will return to conference play on Friday, April 30, for a three-game series against Louisiana-Monroe.