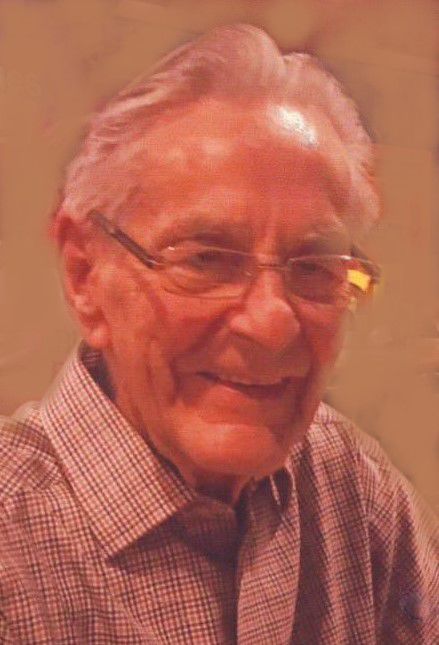 Ron was born on May 21, 1928 in Sharon, PA to parents Harry Gill, Sr. and Beatrice Bartlett Gill. After graduating from Sharon High School, he served in the Army for 3 years and worked in the Pentagon during WWII. Ron then studied and graduated with his Bachelor’s in Business from Youngstown State in Ohio.

He worked diligently in the automobile industry throughout his life, eventually establishing his own Gill Chevrolet-Buick dealership in 1960. He married Carol Frederick in 1951 and they had five children together, working and building a life in Conneaut, OH for 40 years. After Carol passed away and he retired, Ron met and married Betty Teem in 1992 and they spent many years traveling the world and enjoying the mountains at their home in Banner Elk, NC.

Ron’s life was defined by his faith in Christ as he served in the Methodist church and was active on building projects and missionary trips to six different countries in Africa. He went multiple times to Liberia, Africa to help build Africa University there. He was an extremely hard worker and truly enjoyed serving others.

In Boone, NC, Ron volunteered with Habitat for Humanity and the Prison Ministry and also helped with construction on the Alliance Bible Fellowship auditorium. His love for his family, his many stories about his life, along with his ready smile and laughter brought joy to everyone around him. Ron will be greatly missed!

Due to the COVID-19, there will be no formal service.

Memorials May be made to Alliance Bible Fellowship or to Samaritan’s Purse.

On-line condolences may be sent to the Gill family at www.hamptonfuneralnc.com