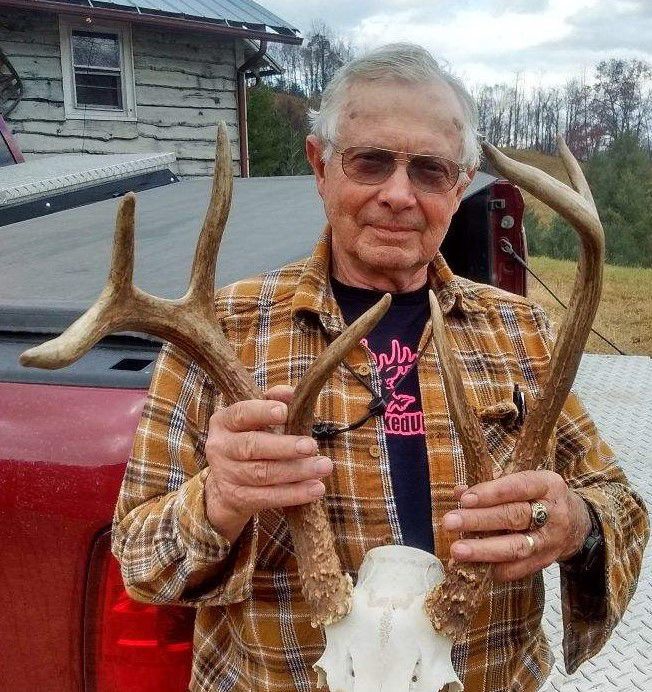 As a native of Boone, Dick grew up on a dairy farm next to his Grandmother, Belle Winkler, who was like a second mother to him. He was a typical mischievous boy; one time he turned a wind-up toy car with cogs loose in his cousin’s (Nancy Dee Penick) hair and the car had to be cut out along with all the hair on one side of her head.

He never did outgrow that streak of mischief; as a teenager he and his best friend, Bill Austin, dropped a small cherry bomb in his Dad’s truck and ruined the seat. Additionally he had a pet crow and was known as Crow or Crow Dick.

Throughout his life, Dick was a dairy farmer, cattle farmer, hunter, fisher, marksman extradonaire- he was a national champion with Buckmasters in the bow, rifle and muzzle loader, and 7th grade teacher at Bethel Elementary. Additionally, he was a 60 year member of the Masonic Lodge; he served as Master of the Snow Lodge in Boone numerous times. He was also an active member of the Lodges at Deep Gap, Mouth of Wilson, VA and Pensacola, FL. He often visited other local Lodges.

Dick passed away peacefully on Palm Sunday with his family near.

In lieu of flowers, the family requests that memorials be made to the Masonic Orphanage in Oxford, NC. Please mail to Treasurer, Snow Lodge 363, PO Box 2672, Boone, NC 28607.

Due to the Covid-19 pandemic, services for Richard Winkler will be conducted at a later date.

Online condolences may be shared with the Winkler family at www.austinandbarnesfuneralhome.com.