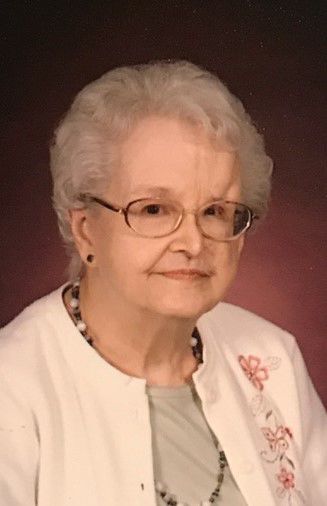 Peggy Ann Farthing Tester Mast was born to James Brown and Gladys Farthing on May 31st, 1931.

After their marriage, she accompanied Welch to serve churches in Spruce Pine, Lincolnton, and Edneyville before settling in Valle Crucis. In Valle Crucis, she was an integral part of Welch’s ministry as the Director of Valle Crucis Conference Center and in the congregational life of Holy Cross Episcopal Church. Previously, she pursued a career in education and spent quite a few years teaching in the Henderson County School system.

She loved to play piano, decorate cakes, listen to music, and be with friends and family. Peg had a fondness for animals and took in many over the years including raising poodles for a time. She was powerfully moved by Cursillo and had a deep and abiding faith in God.

After the death of her first husband Welch, Peggy moved to Boone where she married her second husband Fred Mast. They were married for many years until Fred’s death. They loved to travel to South Carolina and fish and adored their four legged companion Sammy. After Fred’s death she spent the remainder of her years living close to her children and remaining family.

Those left to cherish her memory include her remaining children and six grandchildren as well as numerous nieces, nephews, cousins, friends, and former students.

The family will celebrate her life in a small intimate ceremony and a potential memorial service will be held at a later time if possible.

Gifts and memorials in memory of Peggy can be mailed C/O Casey Tester at 1060 Hwy 321 N. Sugar Grove NC 28679 and will be gifted to Holy Cross Church for the care and upkeep of the Memorial Garden where additional family members have been laid to rest.

Online condolences may be shared with the family at www.austinandbarnesfuneralhome.com.