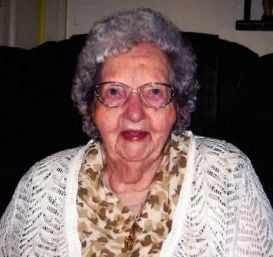 She was born in Boone, North Carolina on September 2nd, 1922, daughter of the late Tom & Carrie Jones.

Mabel retired from Fairfax County Public Schools as a baker and cashier. She was into her 57th year as an Avon representative. Mabel was beloved by many friends and a large extended family.

In addition to her parents, Mabel was preceded in death by her husband, Arville Brown in 2000; daughter, Barbara Jarrett in 1993; grandson, Adam Brown in 2011; and eight siblings.

The family received friends on Monday, October 14th, from 10 a.m. to 11 a.m. at Moser Funeral Home, 233 Broadview Ave., Warrenton, VA followed by a funeral service in the Moser chapel at 11 a.m. Interment at Bright View cemetery.

Online condolences may be made at www.moserfuneralhome.com.

For Sale By Owner: Home in Deep Gap