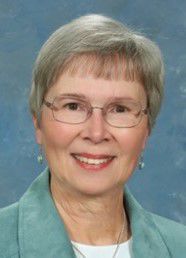 In the early morning hours of February 27, 2020, Watauga County and Boone, North Carolina lost one of its dearest guardians, Kathy Reynolds Jackson.

Before her second marriage to Dr. Jim Jackson of Appalachian State University, she was known to many, who worked with her at Watauga County Hospital and Watauga Medical Canter as Kathy Sparks. Kathy’s career at WMC spans 29 years, her total nursing career over 30 years. Her children, Shannon and John Sparks, attended Hardin Park Elementary, Watauga High School and Appalachian State University. Kathy attended ASU in the 1990’s through an extension program at Winston-Salem State while studying for her Bachelor of Science in Nursing.

She began her career as a nurse in South Jersey, close to Jody’s parents, Joe and Gladys Sparks. A year after giving birth to her daughter, Laura Shannon Sparks, the growing family moved to Foscoe, NC, where Kathy’s father Frank’s company, The L.A. Reynolds Company, was developing Sleepy Hollow. After their first year living in Foscoe, Kathy gave birth to her son, John Preston Sparks.

Kathy became a single mother in 1976. She moved her two young children to Boone to live closer to the hospital. Her dedication to her patients and teammates at WMC is well known in her community. Kathy worked in Obstetrics from 1976 till 1985. She served as OB Supervisor, House Supervisor, and Patient Educator.

Kathy earned her Bachelor’s of Science in Nursing in 1998 from Winston-Salem State University. In addition, Kathy earned several certifications through her work as Patient Educator, she was most proud of becoming a Certified Diabetes Educator. Kathy retired from WMC in 2003.

Kathy was committed to her faith, and to her love of singing. She was an active member of Boone United Methodist Church and its choir, where she sang for almost 40 years. Kathy joined The Appalachian Chorale in its second season in 1979, she continued performing through 2015.

In February of 2015, Kathy was diagnosed with Lewy Body Dementia. She happily moved to Appalachian Brian Estates in May of 2015. Kathy and her family are grateful for the care of the special people at Brian Estates, and Appalachian Home Care. Kathy peacefully closed her eyes to rest in her home surrounded by her son, John, dear family friend Sarah Lynn Shockley and her caregivers, Lisa and Evelyn.

Kathy is survived by her children, her brother, Richard Maxwell Reynolds, his children, Jason Reynolds and Adrianne Meyers and their families, her Reynolds and Siler cousins, nieces, nephews and the many children of the Boone and Watauga County communities, whom she helped to bring into the world in her role as a nurse.

Kathy’s Celebration of Life takes place at 2 p.m. on Thursday, March 5th, 2020 at Boone United Methodist Church. A reception at the church will follow.

Online condolences may be shared with the Jackson family at www.austinandbarnesfuneralhome.com