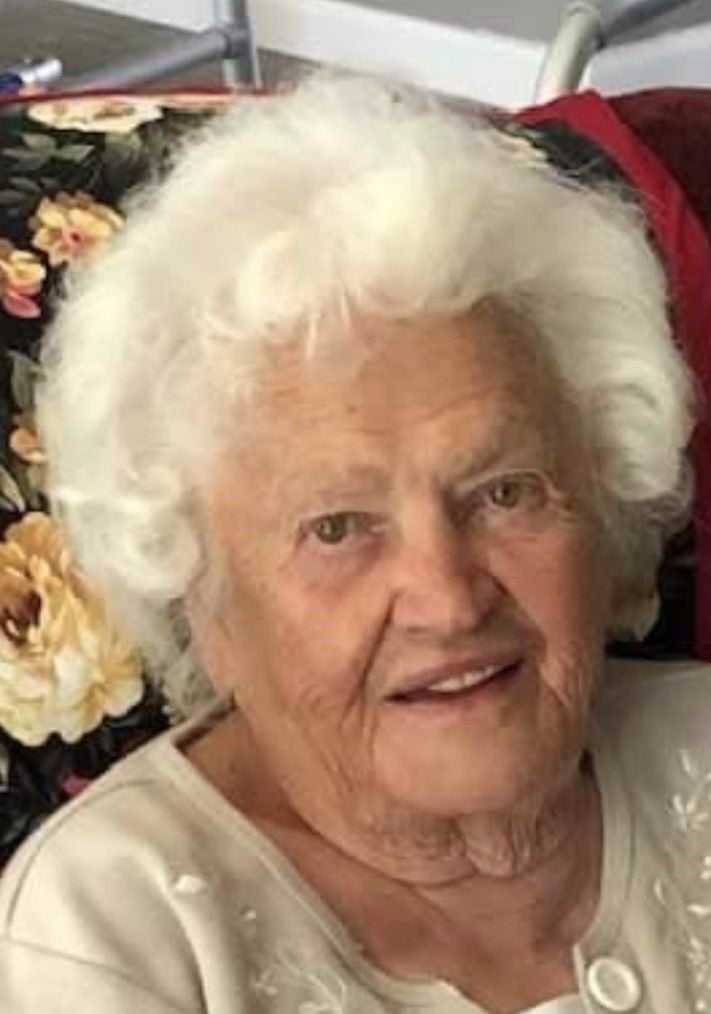 She was born August 31, 1920, in Gary,West Virginia to the late Charles and Elizabeth Seech. She was the oldest of seven children. Julia was a loving wife and a devoted mother and grandmother. She married Steve Dolgas in 1940 and moved alone to Flint, Michigan while he served in the Army during WWII. At that time, she worked in a defense plant making gun bolts.

After the war, she resided in Fort Hood, Texas where she worked in an Army Post Exchange. They eventually returned to Flint where they raised their family until retiring to Boone. She also lived in Clearwater, Florida, Glen Alpine, North Carolina and finally Flushing Michigan.

Julia was an avid seamstress and Scrabble player. She loved bowling and senior line-dancing. She was also a member of the Glen Alpine Women’s Club. She was of the Catholic faith belonging to St.Elizabeth’s Catholic Church, in Boone, as well as St Charles Catholic Church, in Morganton. She would tell her life’s story to anyone that would listen and she touched the lives of everyone she met.

She was preceded in death by her parents and five sisters and one brother, as well as her husband, Steve G. Dolgas and one son, Steven G. Dolgas.

Survivors include daughter, Laura Livingston of Clio, Michigan; son, James Dolgas and wife Evelyn of Howell, Michigan; daughter, Deborah Chapman and husband Dan of Flushing, Michigan; son, Andrew and wife Juanita of Hickory, North Carolina; and daughter, Diane Brock and husband Mark of Abingdon, Virginia; and daughter-in-law Penny Dolgas of Granite Falls, North Carolina Also surviving are nine grandchildren and 14 great-grandchildren, many of whom were able to share in her 100th birthday celebration. Julia was loved and will be remembered fondly by many nieces and nephews. She also leaves behind a special friend, April Henderson of Morganton, North Carolina whom she considered an adopted granddaughter.

The family will receive friends from 1 p.m. until 3 p.m., prior to the service at the chapel.

Online condolences may be sent to the Dolgas family at www.hamptonfuneralnc.com