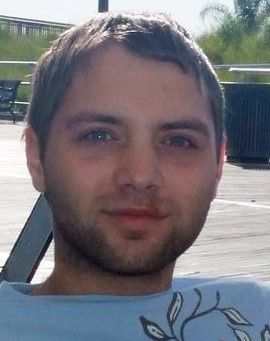 It is with great sadness that the Graziano family announces the passing of Joseph Daniel Graziano, 32, known by most as “Joe” or “Joey”.

Joe was born April 21, 1987 in Bristol, Tennessee. He moved to Charlotte, North Carolina with his parents, Jim and Ina, in 1990. He lived in Charlotte for most of his life until graduating from Olympic High School in 2004. After high school, Joe attended Appalachian State University, where he would obtain two college degrees. He later attended the University of Miami in pursuit of his Master’s Degree. Most recently, Joe was living in Boone, North Carolina where it is said that he made a profound impact on those he met and encountered.

Joe lived a challenging life. Sometimes by choice, other times by circumstance. Joe was an incredibly talented, passionate, and intelligent individual. Joe’s family mourns his loss with deep sadness, but even more so, the loss of the potential that Joe could have on this world. The potential that Joe had to have a positive effect on this world is a loss far greater than we can measure.

Joe loved his friends and family dearly. Even when his face didn’t show it, or his words didn’t say it, he appreciated your love, your fellowship, and your presence. Joe made great connections with fellow students at Appalachian State, the University of Miami, and most recently in his community in Boone.

At many points in his life, Joe battled substance abuse and mental health issues that would control his mind and dictate his actions. These types of obstacles are incredibly difficult for the person, his family, and his friends. There were certainly times, as a family, that we did not forgive when we should have forgiven.

There were times we may have lost sight of the fact that we were fighting the demons to save the person, not fighting the person who was struggling with the demons. As a family, we encourage anyone who knows someone going through these battles to do everything they can to support them, even when it feels like the help is unwanted, rejected, or unsuccessful. You truly never know when a seemingly hopeless, last-ditch attempt to help is finally what’s needed. In spite of his struggles, Joe achieved many great things and it is those achievements in spite of those struggles that allows us to only imagine the potential that he had in this world.

Joe’s mother, Ina, was his most tireless advocate. She literally gave her last breath to see that he achieved all that she knew he was capable of. As her body failed her, her heart never stopped driving her to do everything she could to see him through. She is fortunate to not have to feel the immense pain of his loss, but it is a tragedy she did not get to live to see the day that he achieved what she knew he could do. Likewise, Joe’s father, Jim, supported Joe through the ups and downs and continued to lend a helping hand even as Joe moved back to Boone and lived farther away.

The Graziano family is also very thankful for the Hospitality House of Northwest North Carolina. The Hospitality House quite literally gave him a home. It gave him a home in the sense of a place to live, but also a home in the sense of family. We cannot express our gratitude enough for what they did for Joe and for all of those who are in a situation where they can use their assistance.

We will forever mourn the loss of Joe, and even more so, the loss of everything he had the potential to become. Memorial services were conducted at 1 p.m. on Saturday, February 15, 2020 at Austin & Barnes Funeral Home Chapel.

In lieu of flowers, we ask those who desire to make memorial donations, please do so in the memory of Joe Graziano with the Hospitality House of Northwest North Carolina, PO Box 309, Boone, NC 28607

Online condolences may be shared with the Graziano family at www.austinandbarnesfuneralhome.com.

Was he the guy who would stand out near Appalcart?.. Such a shame, may he find peace.