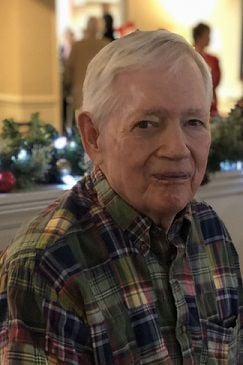 The son of the late John D. Goodloe III and Helen Hylton Goodloe, he was born in 1935 in Washington D.C. He attended Northside High School and graduated from Auburn University.

Active in civic and professional affairs, Mr. Goodloe served as member of the Atlanta Rotary Club, Director and 1979 President of the Atlanta Board of Realtors, Director and President of the Georgia chapter of the Society of Industrial and Office Realtors, Director and two term Chairman of the Board of Governors of the Atlanta City Club. He was a founding member, with his late wife, Rena K. Rider-Goodloe, of the Wellness Community Atlanta, and served many years as a Director. He was a graduate of Leadership Atlanta, headed the United Way fund drive for Realtors Division, was Chairman of the Board of the Metropolitan chapter of The March of Dimes, and served as an Honorary Trustee of the Georgia Kidney foundation. In 1971, he was elected “Boss of the Year” by the Atlanta Jaycees.

Following the sale of the Adams-Cates company, Mr. Goodloe owned a resort property, the Abaco Inn, near Hope Town in the Bahamas. He served as Director of the Bahamas Hotel Association, and a Director of the Bahamas Out Island Promotion Board. He owned and operated the Inn for ten years after which he sold it. Additionally, he continued in the commercial real estate and consulting business through Goodloe Real Estate Advisors. He was active in the ownership and operation of a pecan farm in Houston County and a partner in JGA Stables, a thoroughbred racing and breeding business.

He was formerly a member of the Commerce Club, Capitol City Club, Piedmont Driving Club and Phi Delta Theta Fraternity. He was also a regular attender of both St. Phillips Episcopal Church and Mount Paran Church of God in Atlanta, GA and more recently, Bethel Baptist in Vilas, NC.

Mr. Goodloe spent the last 20 years of his life visiting and living in the Tennessee mountains where he enjoyed fishing, hiking, boating, playing golf and spending time with his grandchildren.

In lieu of flowers, memorials may be made to Bethel Baptist Church, 123 Mountaindale Road, Vilas, North Carolina 28692.