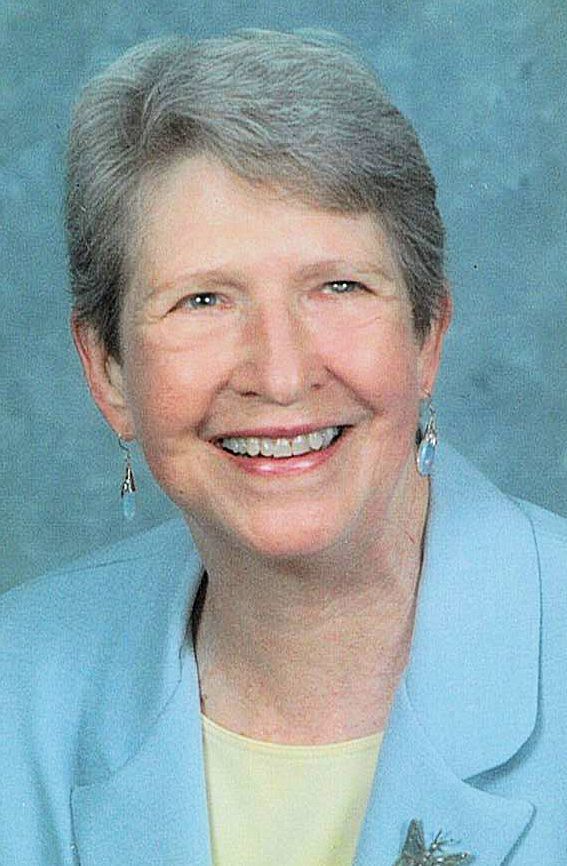 Carolyn Powell was welcomed into the world on January 5, 1928 by her parents Dr. James Ernest Naftel, Sr. and Daisy Bell Naftel and older brother James “Jimmy” Ernest Naftel in Bessemer, AL. She passed away peacefully in Blowing Rock, NC at the age of 92.

She was preceded in death by her parents, brother Jimmy and beloved husband, William Ottis Powell, Jr. She is survived by her son, William “Bill” Powell, III; daughter and son-in-law, Mary and Wayne Williams; two grandchildren, Blair and Austin Turner; and great-grandson, Leo Guyon.

Known to her family as Momma and Memaw, Carolyn was the perfect blend of quiet intellect, Southern charm, domestic mastery, and faith-grounded generosity. After graduating valedictorian of Bessemer High School, she attended Auburn University where she was a member of Kappa Delta sorority and graduated with honors. She went on to graduate from the University of Alabama School of Medical Technology, after which she worked proudly as a medical technologist for the American Red Cross for 14 years.

Having fielded his marriage proposals since the 6th grade, she finally married her childhood sweetheart Ottis Powell on June 16, 1951. Over five decades of marriage, they lived in four different states, traveled throughout the world, raised two children, two grandchildren, and remained the loves of each other’s lives.

They moved from Charlotte to Boone, NC in 1987 to be closer to family, spending every Wednesday afternoon and many a weekend spoiling their grandchildren. Her love and loyalty to her family manifested in volunteer work in her children’s schools, decorating cakes and making masterpiece quilts for family and community events, and sledding down death defying hills with her grandchildren. She was the master of the jello molds, orchestrating grand holiday celebrations and made the best chocolate chip cookies this world has ever known. She shared openly in the joys of others, known for an enthusiastic exclamation of “well now, isn’t that WONDERFUL!” which was equally likely in response to a freshly picked bouquet of flowers as the news of a new baby.

Deeply grounded in her faith, she served as a volunteer with Boone Hospice, was an active member of Alliance Bible Fellowship, serving on the mission team and an active member in the Womens Organization. An unexpectedly rowdy sports fan, she cheered on the Auburn Tigers and Carolina Panthers season after season and could impressively quote updated stats for her favorite NBA player, Steph Curry of the Golden State Warriors.

Carolyn was a woman of quiet strength, genuine kindness and immense love for her family and friends. She was well-loved and she will be fiercely missed and loved always.

In addition to her parents, she was preceded in death by her husband, Ottis Powell, Jr., and one brother, James Ernest Naftel.

Due to COVID — 19 and the current restrictions, the funeral will be private.

Online condolences may be sent to the Powell family at www.hamptonfuneralnc.com