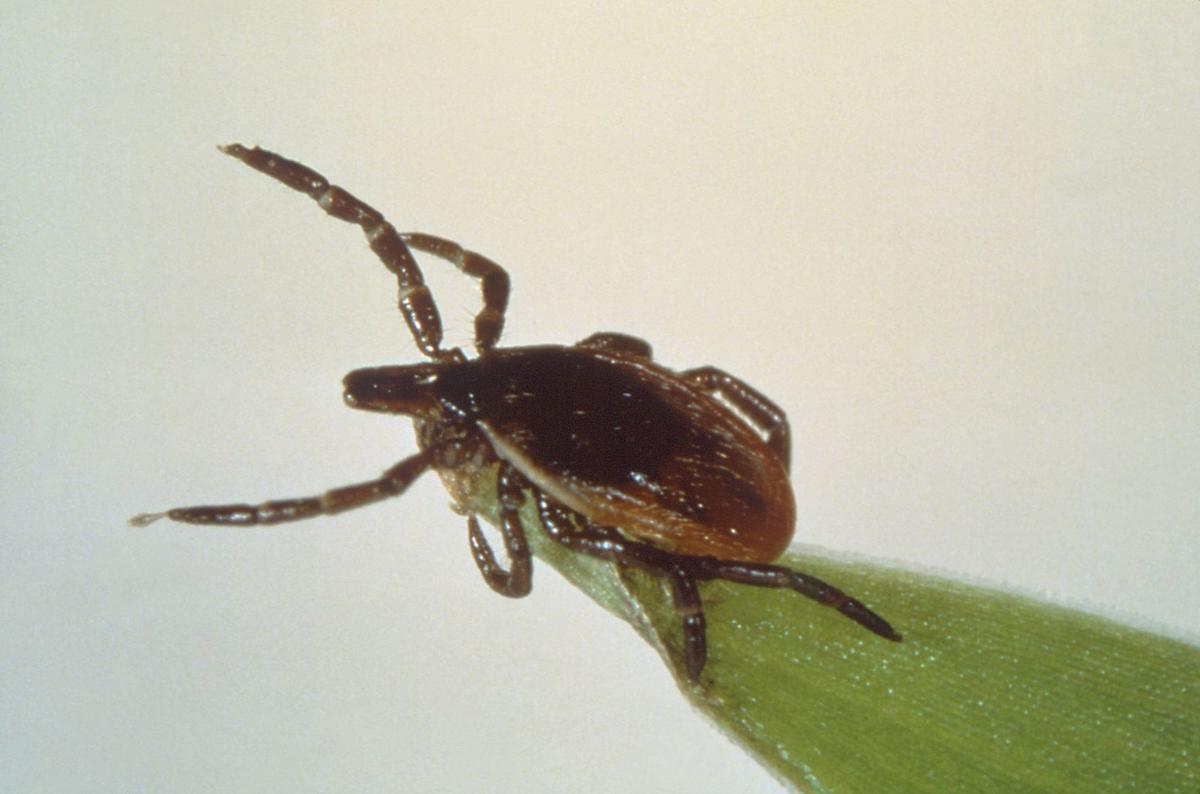 This photograph depicts a left lateral view of a deer tick, or black-legged tick, as it was questing on a blade of grass. The Lyme disease bacterium is spread through the bite of infected ticks. 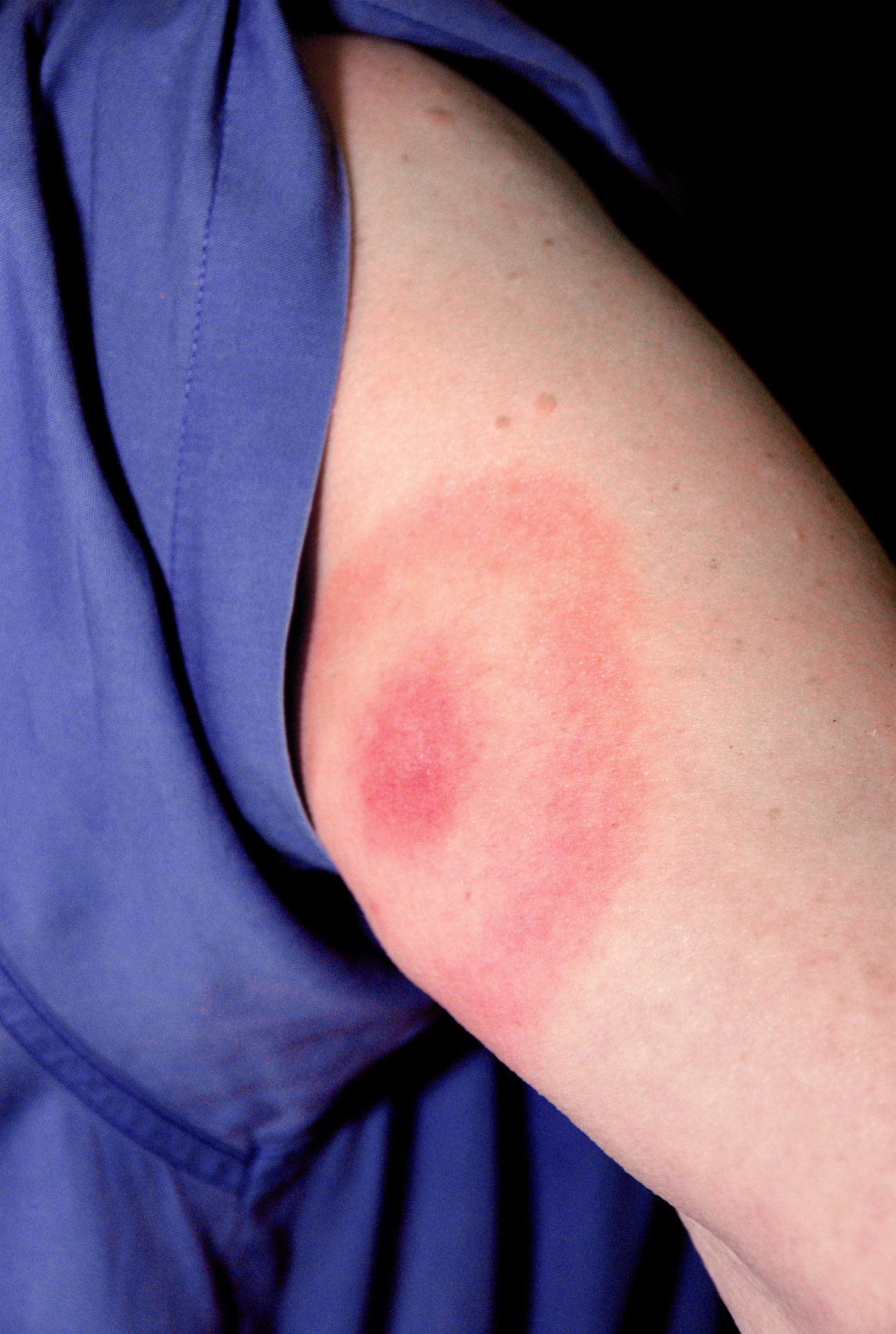 This 2007 photograph depicts a rash in the pattern of a bull’s-eye, manifested at the site of a tick bite, on this Maryland woman’s upper arm, signifying a case of Lyme disease.

A chart from AppHealthCare shows the rise of Lyme disease in Watauga County in recent years.

This photograph depicts a left lateral view of a deer tick, or black-legged tick, as it was questing on a blade of grass. The Lyme disease bacterium is spread through the bite of infected ticks.

This 2007 photograph depicts a rash in the pattern of a bull’s-eye, manifested at the site of a tick bite, on this Maryland woman’s upper arm, signifying a case of Lyme disease.

A chart from AppHealthCare shows the rise of Lyme disease in Watauga County in recent years.

BOONE — A local increase in the tick-borne illness known as Lyme disease has local health officials alarmed about its spread.

Van der Westhuizen said that due to the growing number of cases in people and dogs, the region is now an emerging area specifically for Lyme disease.

“Because we screen dogs annually, we have evidence that the vast majority of positive tests are from newly infected dogs,” van der Westhuizen said.

“According to the CDC, the increase is due to tick migration, new species of ticks unique to the U.S., and increasing reporting in general,” said AppHealthCare, Watauga’s County’s district health department. “They don’t know why the ticks are migrating yet, but could be due to land use changes and climate shifts.”

Lyme disease is caused by bacteria and is transmitted to humans through the bite of infected black-legged ticks.

Most cases of Lyme disease can be treated successfully with a few weeks of antibiotics, Greene said.

According to van der Westhuizen, the number of dogs with Lyme disease correlates to people with the disease in communities that are seeing an increase in cases.

“Studies have shown a direct correlation between seroprevalence (the level of a pathogen in a population) of Lyme in dogs and incidence in people,” van der Westhuizen said. “This relationship is strongest in counties that are ‘newly emerging’ areas of Lyme disease, because the dog population is generally ... more susceptible to Lyme due to lack of prevention programs.”

Typically, Lyme disease has been prevalent in the northeastern states from Maryland to Maine, as well as the upper Midwest states of Wisconsin and Minnesota, according to the Centers for Disease Control.

“The location of Watauga County near the border of Virginia – a high-incidence Lyme state – and increasing numbers of Lyme cases in dogs, classifies us as an ’emerging’ area for Lyme disease,” van der Westhuizen said. “Therefore, there is reason for concern that our human population in Watauga County is at increasing risk of Lyme disease.”

Van der Westhuizen said that treating Lyme disease in endemic areas is different than in previously low-incidence areas, such as Watauga.

“Prevention of tick bites by using insect repellent and eliminating places ticks live are important steps in preventing Lyme disease and other tick-borne illnesses,” Greene said. “If you notice a tick on yourself or your pet, remove it right away. If you have a fever or a rash after removing a tick, see your health care provider.”

According to the Centers for Disease Control, if you develop a rash or fever within several weeks of removing a tick, see your doctor and tell them about your recent tick bite, when the bite occurred, and where you most likely acquired the tick.

“The ticks that transmit Lyme disease can occasionally transmit other tick-borne diseases as well,” Greene said. “The number of cases of Lyme disease reported to CDC has increased steadily over the past 25 years.”

How to remove a tick?

Source: The Centers for Disease Control

To prevent Lyme disease and other tick-borne illnesses:

Preventing ticks in the yard