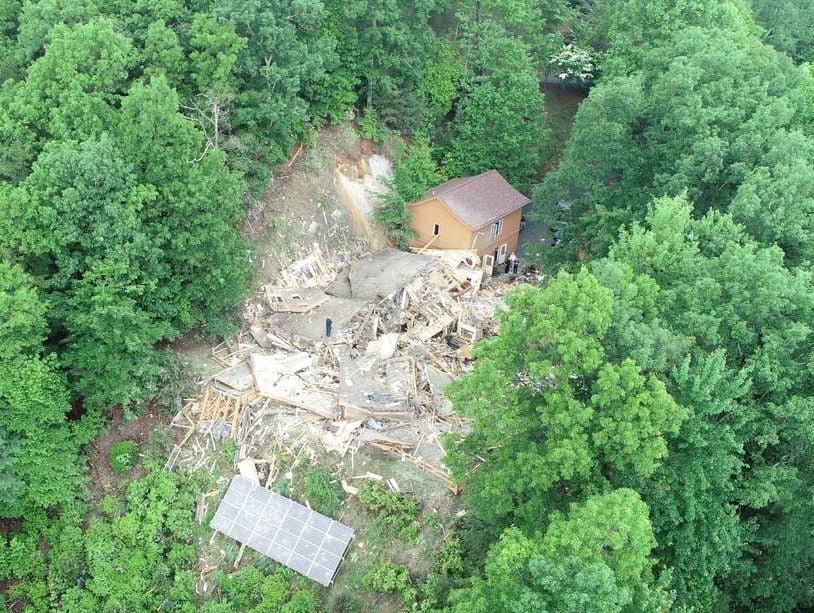 A drone shows an aerial view of a home — located at 201 Pine Ridge, Boone — after it collapsed on May 30. 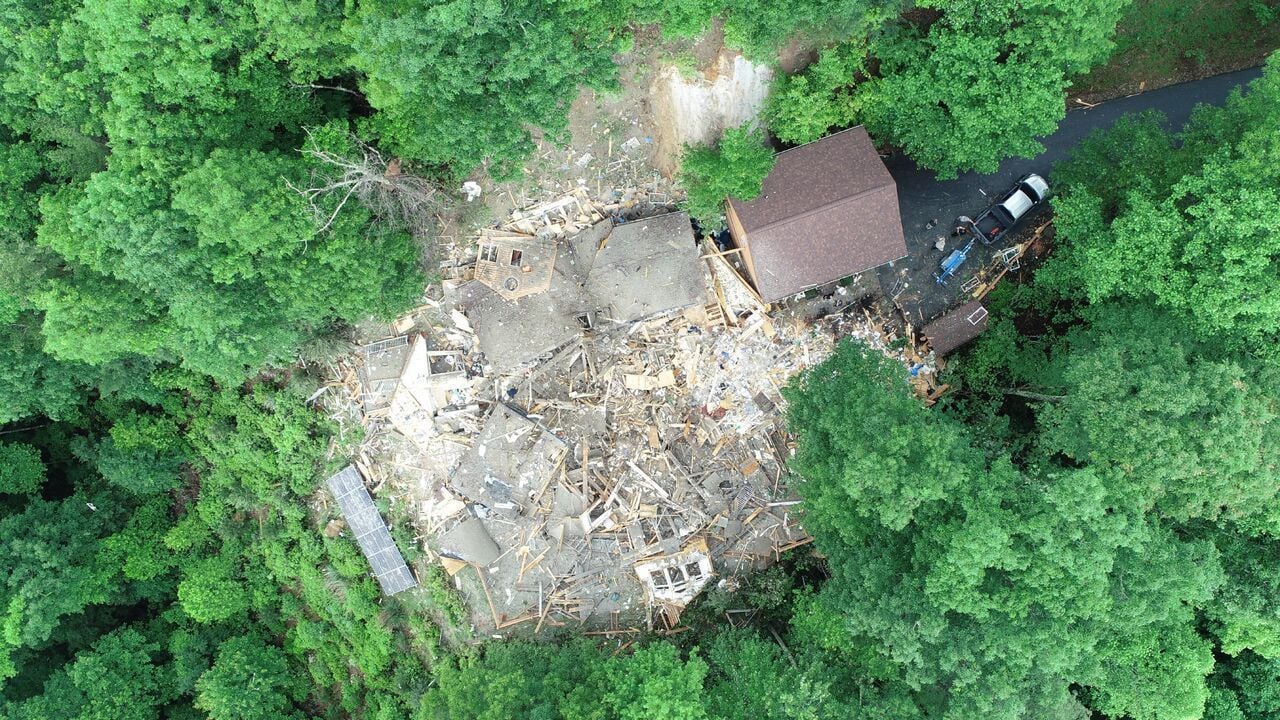 A home on Pine Ridge in the Heavenly Mountain community sustains extensive damage after it collapsed on May 30.

A drone shows an aerial view of a home — located at 201 Pine Ridge, Boone — after it collapsed on May 30.

A home on Pine Ridge in the Heavenly Mountain community sustains extensive damage after it collapsed on May 30.

BOONE — The two people who died in a house collapse in the Heavenly Mountain community near Boone have been identified.

The decedents are Audri Gordon Lanford, 66, and James Gordon Lanford, 68. The Lanfords died May 30 in their home after first responders received a call of a house collapsing at 201 Pine Ridge. Officials have previously stated that the single-family dwelling sustained a landslide resulting in “catastrophic destruction of the structure from a gas leak," according to Boone Police Sgt. Shane Robbins.

However, the cause or the exact sequence of events of the incident have not been clarified by officials.

According to 911 call records, the initial call came to dispatch at 5:10 p.m. from a man who lived in the area.

Caller: "The house exploded. I’m still trying to determine if anybody is home."

Dispatch: "The entire house … like it was an explosion?"

Caller: "Yeah, a large portion of it exploded. It smells kind of like fireworks to be honest with you."

The caller stated that he didn't see fire or anything burning, but described the extent of the damage to the dispatch employee as being "extensive."

The caller also said he wasn't sure if anyone was in the house, but did see two vehicles parked in the home's garage. Dispatch had asked if the caller noticed any suspicious activity or bursting/hissing sounds — to which he replied no.

Boone Fire, the Watauga Fire Marshal’s Office, Watauga County Sheriff’s Office and Watauga Medics initially responded to the scene — with roughly 22 agencies total involved in the incident. Robbins stated that search and rescue operations were initiated when Boone Fire arrived, where the Lanfords were later discovered dead in the rubble.

The Boone-based Church of the Master Angels posted to Facebook on June 1 saying that it and the Heavenly Mountain community are in prayer for the Lanfords — referring to them as Jim and Audri. The church stated that the two were "beloved beings of light."

"Their infectious joy, perfect love, kindness, devotion and dedication will be missed by all who knew them," the church's post stated. "Our heartfelt condolences and love go out to their families and friends."