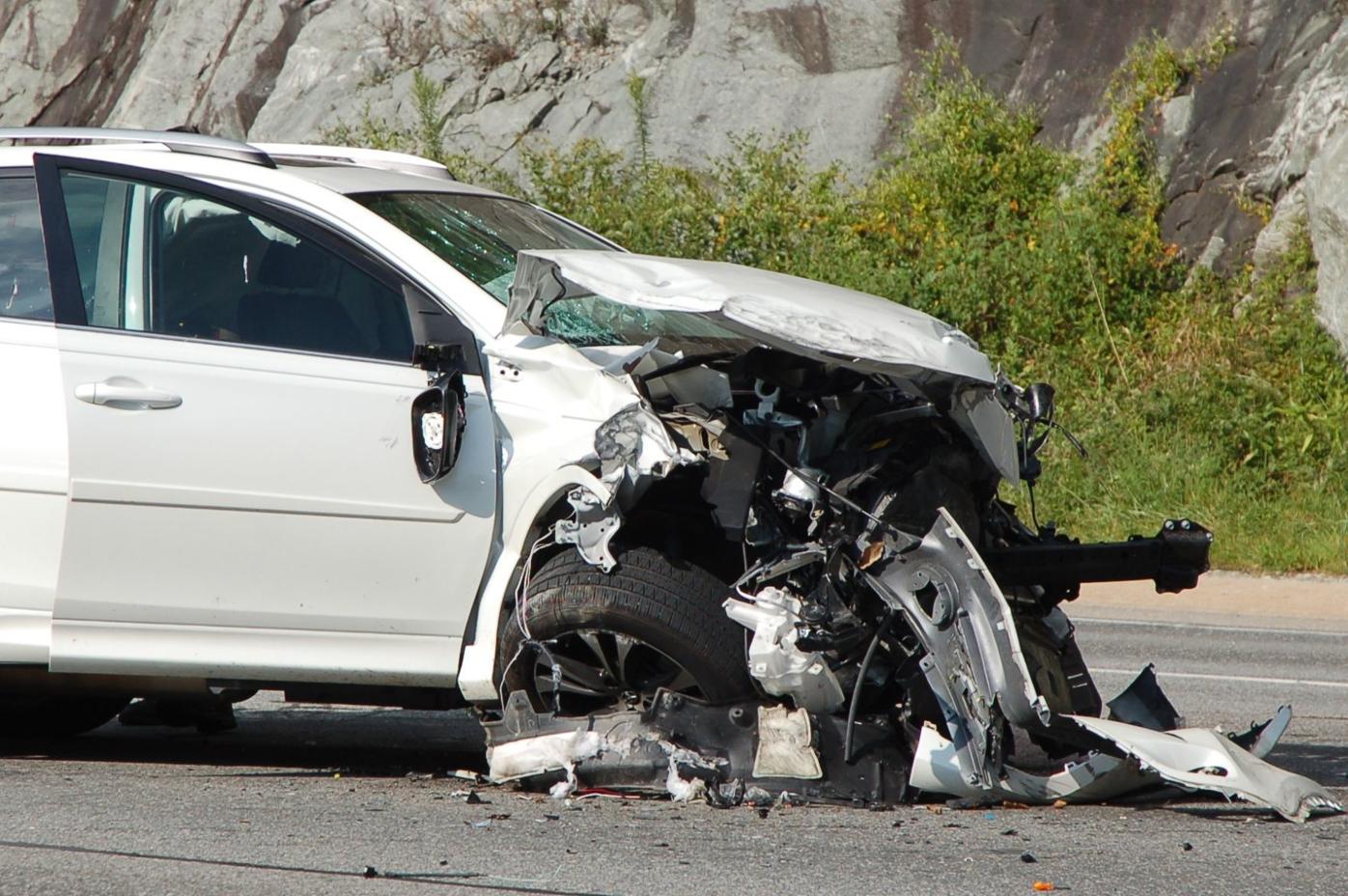 The front of a white Toyota following a collision on Tuesday, Aug. 28 at the intersection of Payne Branch Road and U.S. 321.

Traffic was down to one lane in each direction on US 321 for an hour on Tuesday, Aug. 28, following a two-car collision.

The front of a white Toyota following a collision on Tuesday, Aug. 28 at the intersection of Payne Branch Road and U.S. 321.

Traffic was down to one lane in each direction on US 321 for an hour on Tuesday, Aug. 28, following a two-car collision.

BOONE – A two-car accident caused traffic to go down to one lane in each direction at the intersection of U.S. 321 and Payne Branch Road late Tuesday afternoon.

According to Trooper K.E. Morgan of the North Carolina State Highway Patrol, at 4:36 p.m, a white Toyota driven by William Buckmaster of Blowing Rock was turning left from Payne Branch Road onto U.S. 321 and collided with a black GMC truck that was travelling southbound.

Morgan said the truck was traveling around 45 mph and the Toyota was going less than 15 mph when they collided.

Traffic was backed up as cars filed into one lane in each direction until approximately 5:30 p.m.

Morgan said that a passenger in the white Toyota and the driver of the black GMC truck were transported to Watauga Medical Center with minor injuries.

Buckmaster was cited for failure to see the truck before starting his turn, according to Morgan.

Responding to the scene were Watauga Medics and Boone Fire, who cleaned the scene of debris.