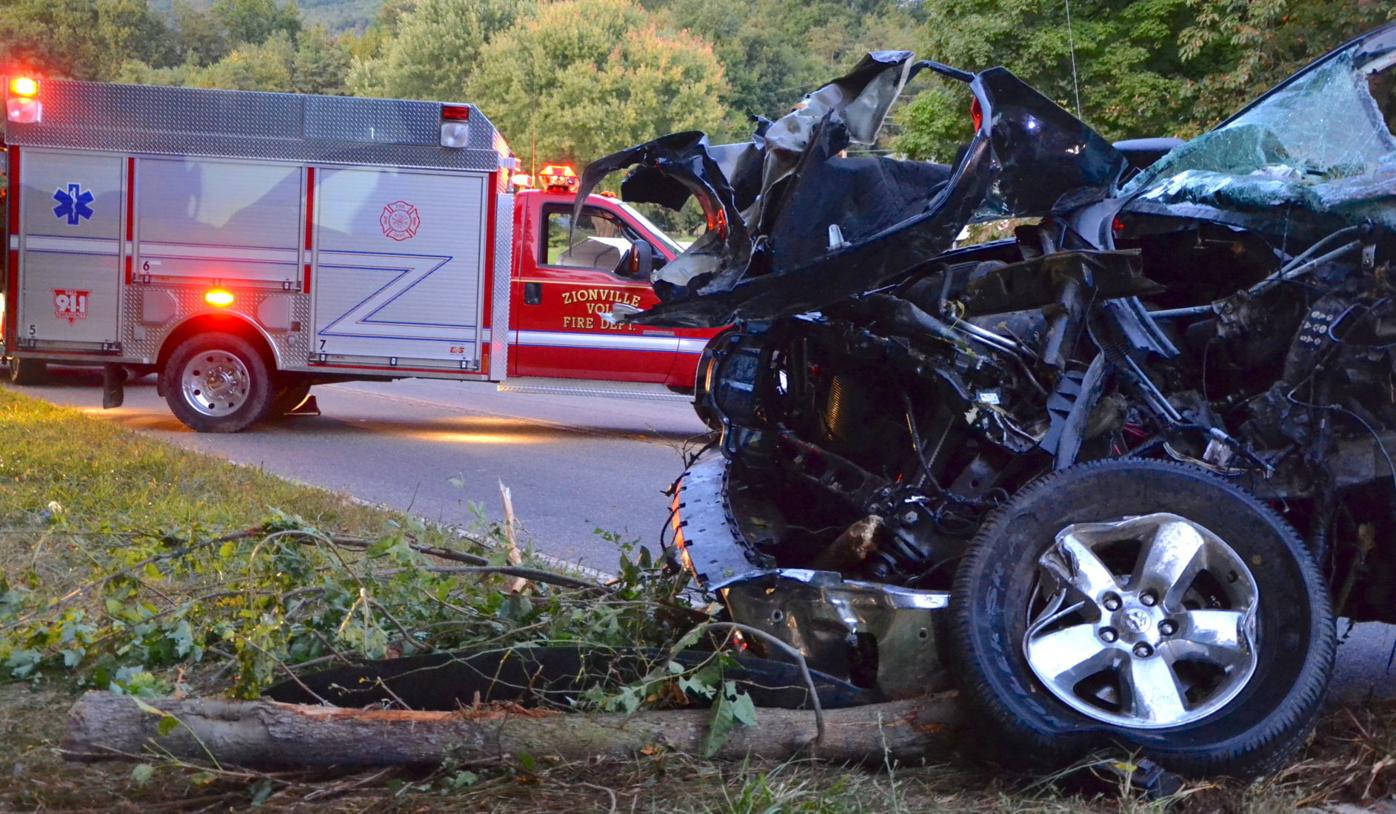 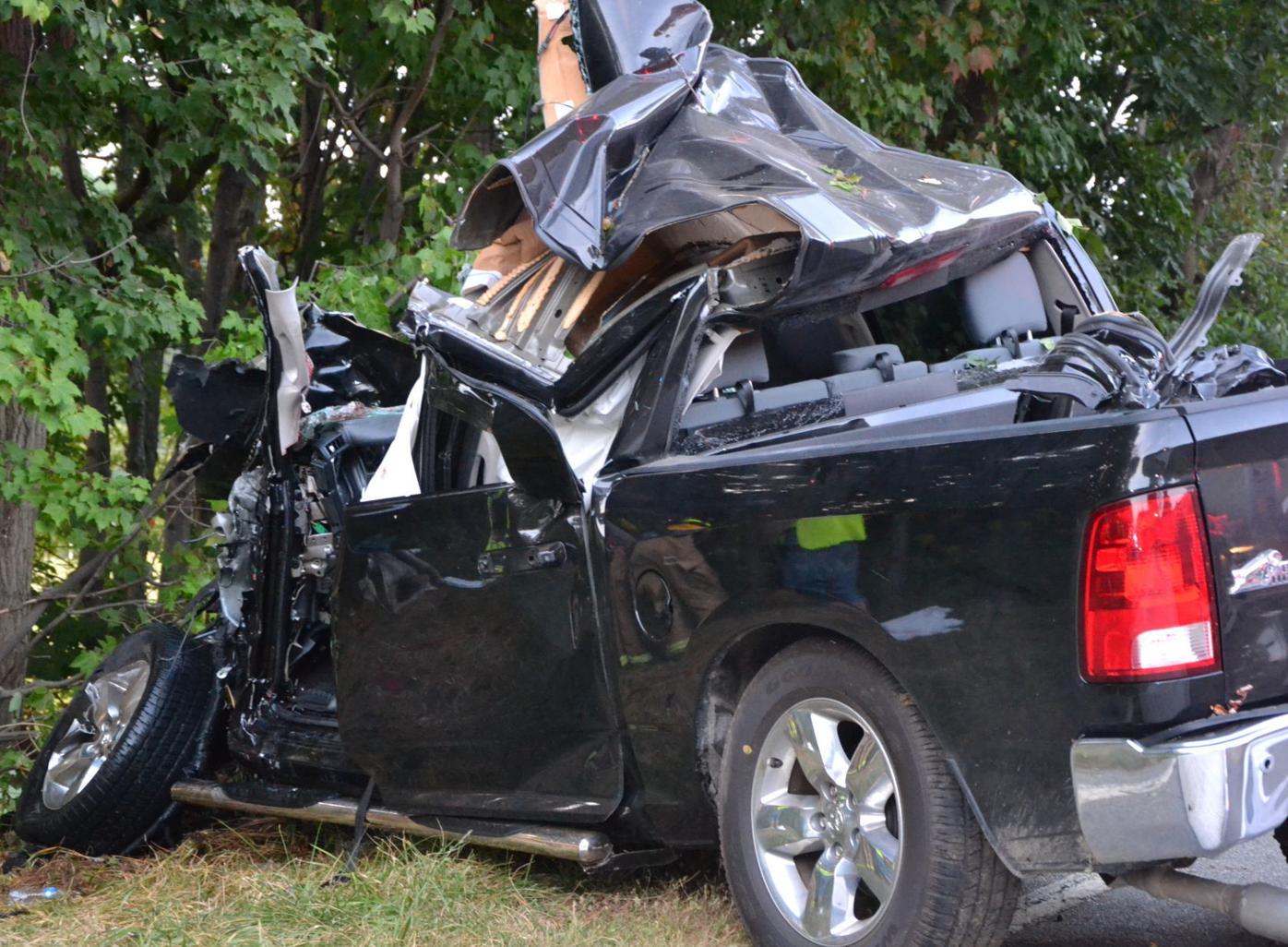 A truck sustains heavy damage after a crash on Sept. 16.

A truck sustains heavy damage after a crash on Sept. 16.

ZIONVILLE — A Mountain City, Tenn., man was pronounced dead at the scene of a crash on Sept. 16 after his Dodge truck traveled down an embankment off of U.S. 421 in Zionville.

N.C. State Highway Patrol Trooper Z.L. Moose said the call came in at 5:11 p.m. after the truck crossed the center line and ran off of the road to the left, subsequently striking trees and traveling off of an embankment in the 10000 block of U.S. 421. SHP, Zionville Fire, Watauga Medics, the Watauga County Fire Marshal’s office and Watauga County Sheriff’s Office responded to the scene.

When first responders arrived, the driver —52-year-old Randy Joe Smith — was still in the vehicle. Officials pronounced Smith dead at the scene.

Moose said Smith was traveling north on U.S. 421 at an estimated 55 to 60 mph and had traveled 55 feet off of the roadway. A cause of the crash had not been determined as of the following morning, as Moose said he had not heard back from the medical examiner.

The highway was shut down for at least an hour while first responders were on scene. The truck sustained extensive damage from the crash.

According to media reports, Smith served as an assistant football coach for Johnson County High School in Tennessee.

In the past, Smith has helped coach the youth league football team and the junior high football team, later joining the high school coaching staff, according to The Tomahawk newspaper in Mountain City.

“He lived his life helping kids and will definitely be missed by the Johnson County football team,” stated Tim Chambers, sports editor of The Tomahawk, in an article. “The current senior class is the first group of kids that Smith coached as seventh-graders.”