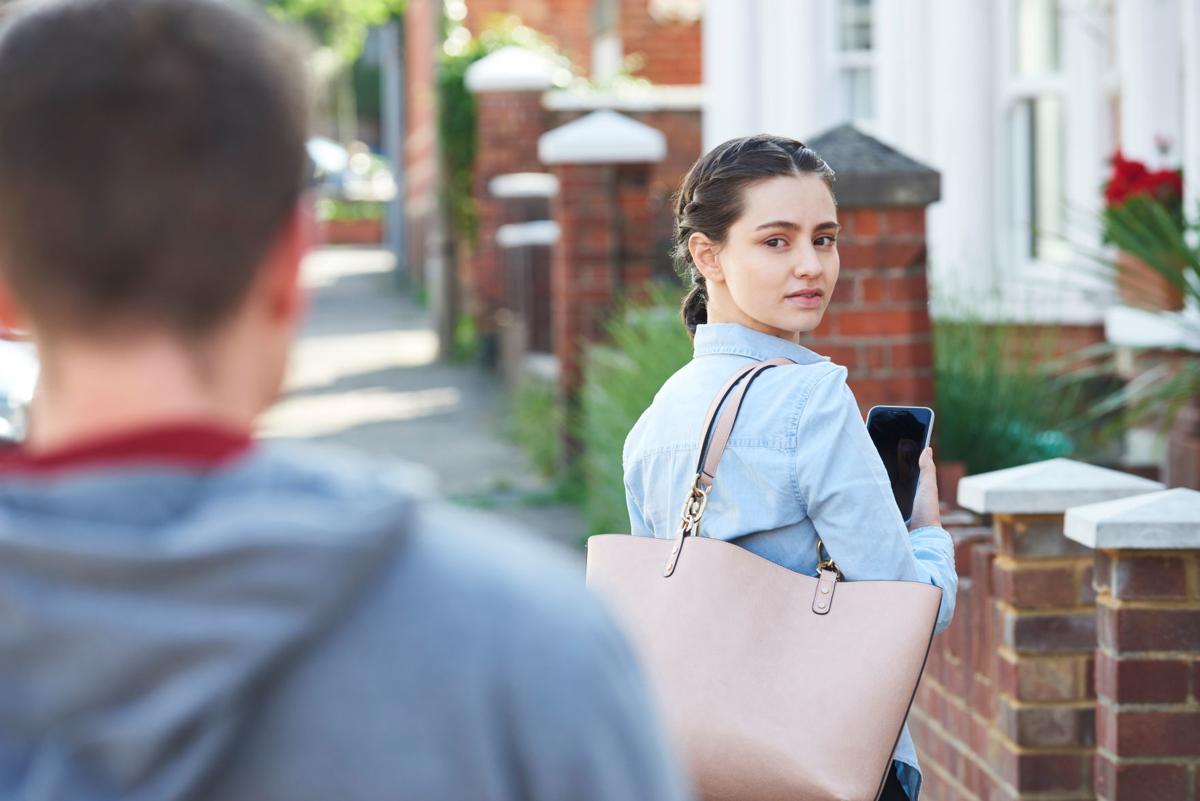 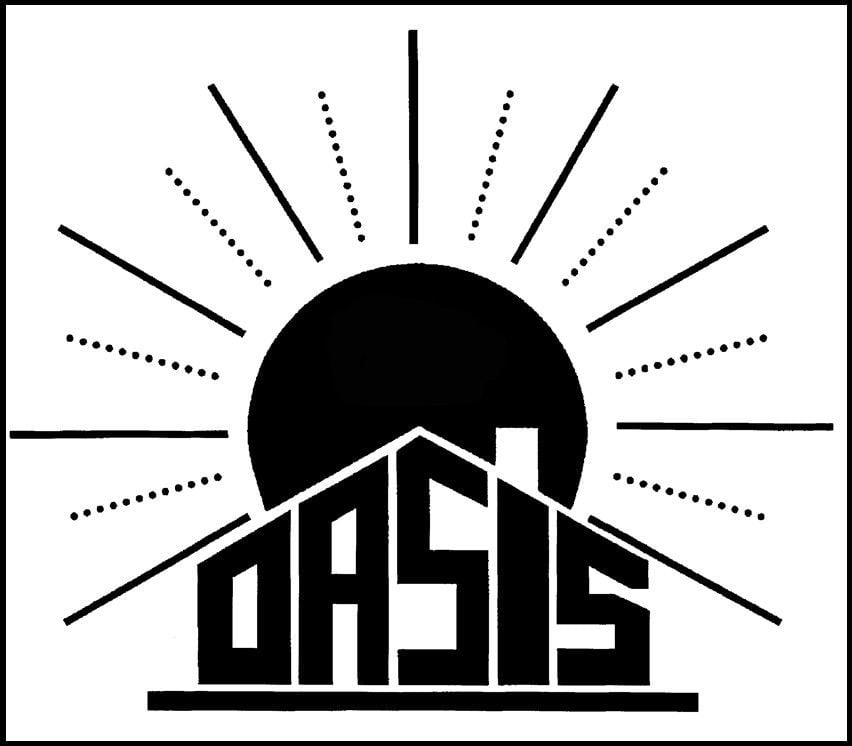 In a society that sometimes glamorizes the relentless pursuit of a romantic interest, coupled with the the growing use of social media, OASIS Outreach Coordinator Sara Crouch said that people should remember that stalking-type behavior can be dangerous.

“Stalking is a very real phenomenon,” Crouch said. “It’s very scary and dangerous. The media often portrays stalking as almost romantic or even plays it down. It’s really important to know that stalking is really prevalent and traumatic ... and can and does lead to homicide.”

According to the Stalking Prevention, Awareness and Resource Center, stalking is defined as a pattern of behavior directed at a specific person that would cause a reasonable person to feel fear. SPARC stated that two or more incidents are considered a pattern, but that the definition varies from state to state. According to North Carolina law, a pattern is considered two or more acts.

January is observed as National Stalking Awareness Month, which is in its 16th year of being recognized. According to SPARC, one in six women and one in 17 men will experience stalking in their lifetime. The Stalking Resource Center states that 7.5 million people are stalked each year.

Despite the prevalence of stalking, SPARC states that people often underestimate the danger and urgency associated with the crime. SPARC names Netflix and Lifetime series “You” as an example of a show growing in popularity in which the main character (Joe) demonstrates stalking behavior that many fans have romanticized.

In the show, Joe engages in several stalking behaviors to track and monitor a woman, Beck, according to SPARC. Joe demonstrates activity such as following the woman, watching through the woman’s window, showing up where the woman is located as well as using technology to track her movements. SPARC named other media examples — such as movies like “Twilight,” “Fifty Shades of Grey” and “There’s Something About Mary” — that portray stalking behavior in a positive light.

“A popular trope in romantic comedies suggests that if you pursue someone persistently enough — and push through their disinterest and rejection — they will eventually fall in love with you,” stated SPARC. “Romantic films often include protagonists who are ‘guys like Joe,’ ones who stop at nothing to ‘get the girl.’ Usually, there is no negative consequence for their actions ... and they persuade their initially reluctant romantic interests that they should be together. These characters are often presented as awkward, funny, sweet and/or passionate rather than scary and problematic.”

“There’s nothing that a victim or a survivor can do that would they would deserve for them to be assaulted or stalked,” Crouch said.

Stalking and the law

N.C. General Statute 14-277.3A addresses stalking, stating that acts of stalking could be a person directly, indirectly or through third parties following, monitoring, observing, surveilling, threatening or communicating to or about a person or interfering with a person’s property.

SPARC mentioned that some stalking behaviors are criminal in nature, such as property damage. But even if the behavior is not a crime on its own — like texting excessively or sending unwanted gifts — SPARC states that the victim may want to consider documenting and reporting the behavior to demonstrate a potential pattern of stalking.

According to Crouch, the rise of technology offers some new opportunities for perpetrators to stalk victims. Cyberstalking is addressed in General Statute 14-196.3, which covers acts such as using electronic mail or electronic communication to threaten to inflict bodily harm on a person; using electronic means to abuse, annoy, threaten, terrify, harass or embarrass a person; and installing, placing or using an electronic tracking device without consent of a person to track their location.

Stalking via technology examples could be monitoring calls, texts and voicemails; using a phone as a recording device; or tracking a victim’s location throughout the day by use of a phone, according to the National Network to End Domestic Violence. Smartphone apps or location devices designed for pets, elders and children have been noted as ways a perpetrator may cyberstalk a victim.

Boone Police Detective Candace Burlingame said that more recently, local incidents of stalking include an individual who is harassed via the internet with threats of disseminating embarrassing material. She is familiar with cases when a person is stalked by someone they know as well as by a stranger.

Both statutes list the offenses as misdemeanors. According to the Stalking Resource Center, less than one-third of states classify stalking as a felony upon first offense, and half classify stalking as a felony upon second offense, subsequent offenses or when the crime involves aggravating factors — such as possession of a deadly weapon or violation of a court order.

Crouch said that if an OASIS client wants the agency to work alongside law enforcement on their behalf, the agency can do so. OASIS has a positive working relationship with law enforcement in both Watauga and Avery counties, she said. Burlingame said the Boone Police Department is a big advocate for OASIS.

“I often say to reporting victims that OASIS can help you in ways that a law enforcement officer cannot,” Burlingame said. “An officer has to remain objective in their investigation into a criminal allegation, and sometimes that may come across or be interpreted as cold, or uncaring. The members of OASIS are advocates for the reporting victim, and they are that hand that can be held if needed.”

Burlingame said that generally an officer would take the complaint, investigate the matter and then file a report on the alleged crime. Since stalking is a misdemeanor (felony if subsequent incidents occur) that likely occurred outside of the officer’s presence, Burlingame said the officer would refer the victim to the magistrate to obtain a warrant. Sometimes an individual may choose not to seek out a warrant against a perpetrator, and simply wants the incident documented.

If the individual does want the matter to be investigated, the officer will try to make contact with the offender, according to Burlingame. Burlingame said the officer would also talk to the individual about non-criminal avenues, such as seeking out a protective order and the process required for obtaining one. According to Burlingame, the victim does not have to seek out a criminal warrant to obtain a protective order.

According to Boone Police records, 18 incidents from January 2018 through December 2019 were reported in which “stalking” could be applied; this was done by researching the offense description of stalking while also using a search of the officer’s narrative for stalking, according to Burlingame.

Tracking the number of stalking cases that Boone Police encounters can be tricky, as it depends on how the report was given or the circumstances surrounding the allegation, Burlingame said. She provided the example of a person who is charged with a violation of a domestic violence protective order, which would still meet the elements of stalking, but the incident and subsequent arrest could be documented as the former.

If a person thinks they are being stalked, the Stalking Resource Center advises to take steps toward protection. These steps could be calling 911 if in immediate danger, trusting instincts and taking danger seriously, contacting a crisis hotline/victim services agency, developing a safety plan, keeping evidence of the stalking, not communicating with the stalker, contacting the police, considering getting a court order, telling family and friends about the stalking and alerting work or school security about the activity.

If a client enlists the help of OASIS, Crouch said the agency would start by first validating the person’s experience and ensuring that the agency is a safe space. OASIS staff would help the client develop a safety plan of what steps they would like to take based on their goals. The Stalking Resource Center states that a safety plan is a combination of suggestions, plans and responses to help victims reduce their risk of harm.

Tactics in a safety plan may include changing of a routine or asking a friend or relative to travel places with the person for safety. If a client is fleeing from a stalking perpetrator, the agency would identify if the client could be a candidate to enter its emergency shelter, Crouch said.

In terms of technology, the NNEDV suggests that a person consider using a device that the stalker hasn’t had physical or remote access to in the past or can access currently. Using the device, the agency advises that a victim change passwords and usernames to online accounts, check privacy settings on all apps and online accounts, update location privacy settings and limit information given out about oneself online.