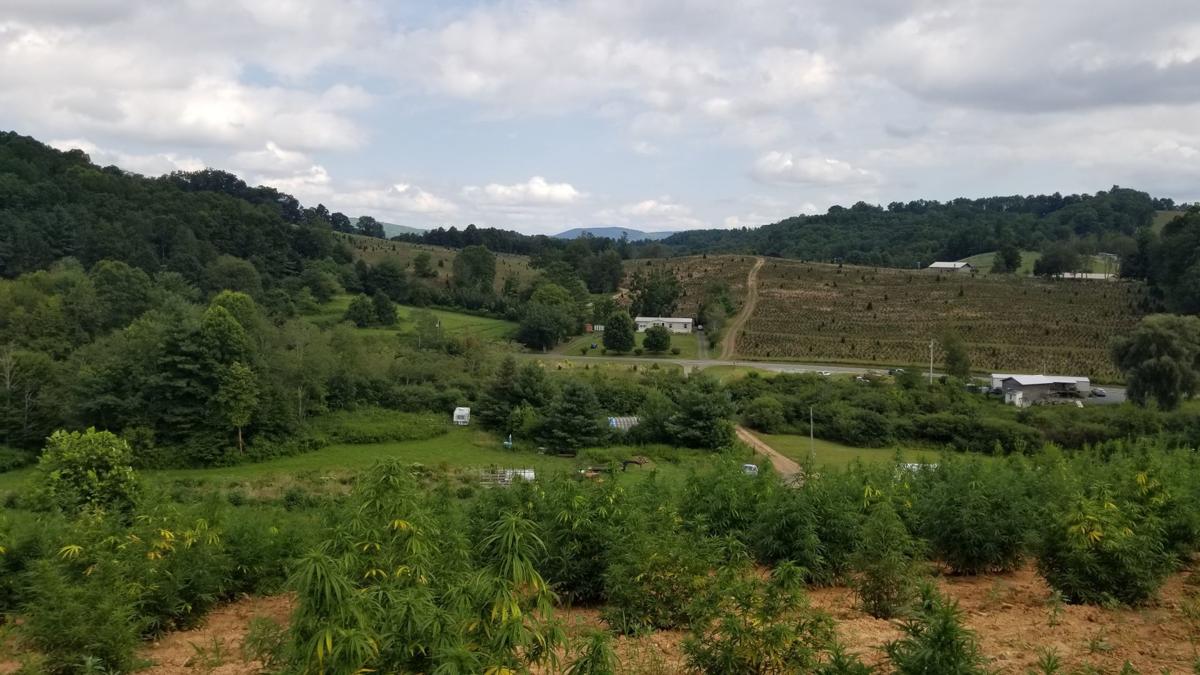 A view from Joe Evans’ hemp field in Newland, which he started cultivating in 2019. Directly across the street is a Christmas tree field. 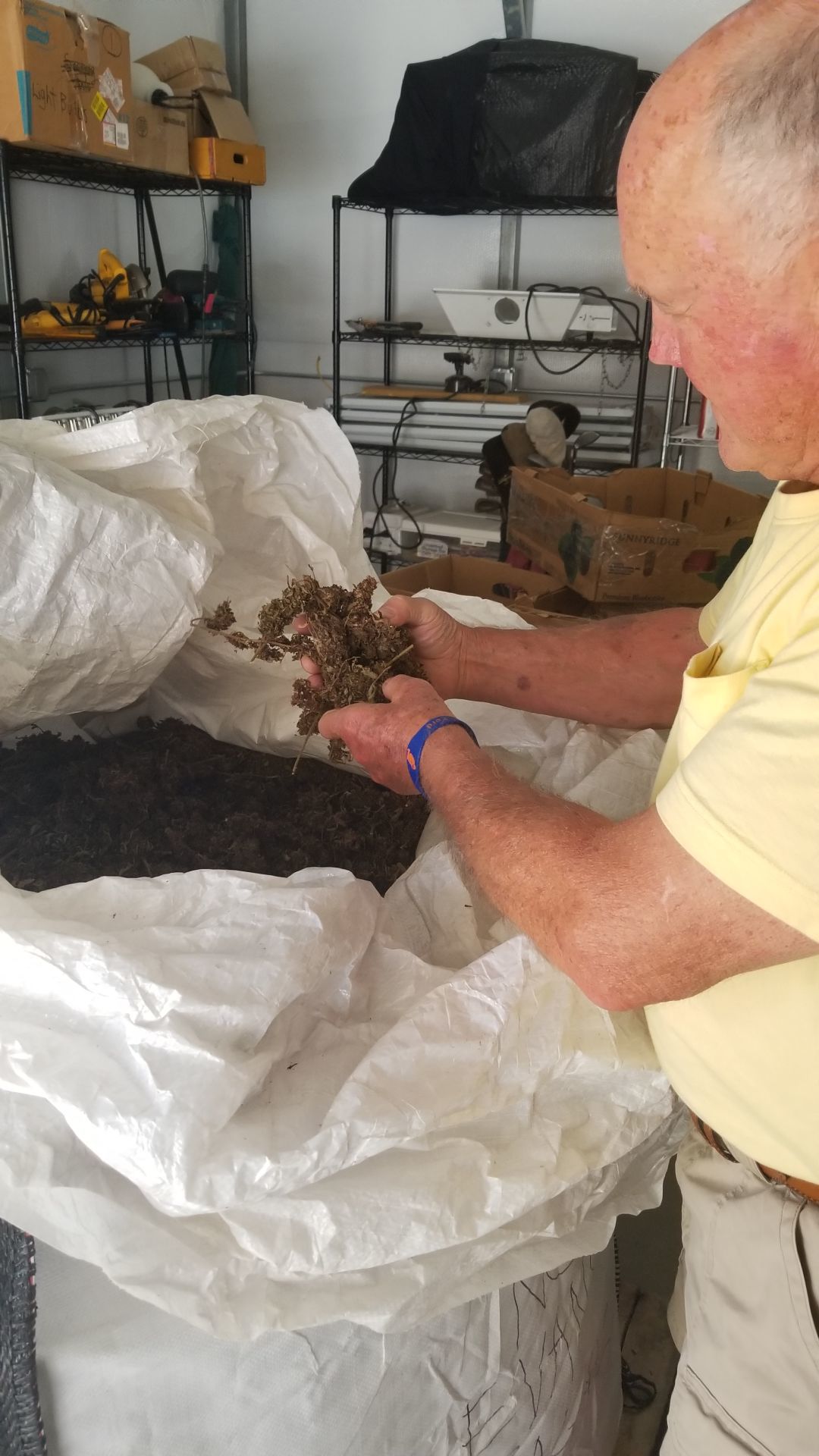 Joe Evans handles some of his dried hemp biomass that he cultivated in his Newland field. Evans makes his own hemp products.

A view from Joe Evans’ hemp field in Newland, which he started cultivating in 2019. Directly across the street is a Christmas tree field.

Joe Evans handles some of his dried hemp biomass that he cultivated in his Newland field. Evans makes his own hemp products.

NEWLAND — Under pressure from state law enforcement, smokable hemp could soon be banned in North Carolina, just months after being legalized at the federal level.

The current version of the N.C. Farm Act, Senate Bill 315, passed the state House on Aug. 21 by a 63-48 vote, with most Democrats including Rep. Ray Russell (D-Boone) voting against the bill, and is currently awaiting to be heard in the state Senate. A previous version that included the smokable hemp ban passed the N.C. Senate in June by a 31-14 vote along party lines, with Sen. Deanna Ballard (R-Blowing Rock) voting in favor.

SB315 includes a specific ban on smokable hemp in the state, divergent from the 2018 U.S. Farm Bill – passed by Congress and signed into law in December 2018. The ban would cover smokable hemp, but not hemp products.

“The term ‘marijuana’ includes smokable hemp, but does not include hemp products,” the latest version of SB315 states. Hemp products includes cannabidiol, or CBD, according to the bill. CBD oils, which have become a booming business in 2019, are refined by macerating dried hemp buds in a liquid.

Hemp is a strain of cannabis sativa, one of a small handful of species of cannabis plants. Cannabis plants are best known for being the source of the drug of the same name which goes by a seemingly endless list of street names. Known most commonly as marijuana, the drug is legal for medicinal purposes in a number of states, and legal for recreational use in 11 states plus Washington, D.C., though the drug is still federally illegal.

The 2018 U.S. Farm Bill states that cannabis sativa plants containing less than 0.3 percent Tetrahydrocannabinol, or THC, is now federally legal to grow and process, but anything grown above that threshold must be destroyed. THC is the psychoactive component found in cannabis that in large doses gives users a high from smoking or otherwise ingesting marijuana. The federal law makes no special provision for smokable hemp, which is technically legal per the federal law.

Frye said that a lack of tests that distinguish between hemp and marijuana could invalidate searches that could uncover other illegal drugs, weapons and so on.

The ACSO is aware of all the legal hemp production in the county and noted that production picked up when certain CBD products like oil became legal. CBD oil is an extract from the hemp plant.

“We as law enforcement understand that the farmers are looking for a really legitimate cash crop,” Frye said.

Asked for his thoughts on the issue, Watauga County Sheriff Len Hagaman stated that the way officers enforce marijuana laws and the issue of smokable hemp is in the hands of the state legislature.

In a May memo, the N.C. State Bureau of Investigation supported a ban of smokable hemp and CBD oils in all cases with the exception of epilepsy treatment.

When you drive up to Joe Evans’ home outside of Newland, outside of a small sign advertising his CBD oils and salves, there is nothing to indicate he is a hemp grower. The garden in his front yard is planted with vegetables and sunflowers.

Around back is a freshly constructed greenhouse Evans will use to aid his hemp drying and production, and a shed with some of his harvested and dried product sitting inside, including an enormous sack of dried buds, termed hemp biomass, that looks and smells like cannabis.

Evans processes his own product into full spectrum CBD oil.

“You’d be amazed at how many people smoke hemp to get their CBD,” Evans said. “I was totally blown away by the market for it.”

Evans, who has had other entrepreneurial ventures in holistic health, said he started growing hemp because he thinks it helps people, citing testimonies from people who have benefited from his products.

Evans pointed out he and his wife are Christians and he believes people should be allowed to do what they want, as long as it is not causing harm to anyone else or their property. He noted he believes marijuana legalization is coming as well.

Evans’ field, a short drive from his home, is located directly across the road from a field of Christmas trees. The hemp, though lighter in color, looks like small Christmas trees from the road.

When asked if he has had any problems with neighbors because of the operation, Evans said some of them are just happy to have access to the products.

That access is what farmers in Indiana are fighting for. According to various media reports, several Indiana-based farmers and CBD store owners are suing the state and its governor Eric Holcomb for outlawing smokable hemp in a law passed in May. The suit, which is currently ongoing, claims that the Indiana law is in violation of the 2018 U.S. Farm Act and other federal legislation that previously defined industrial hemp.