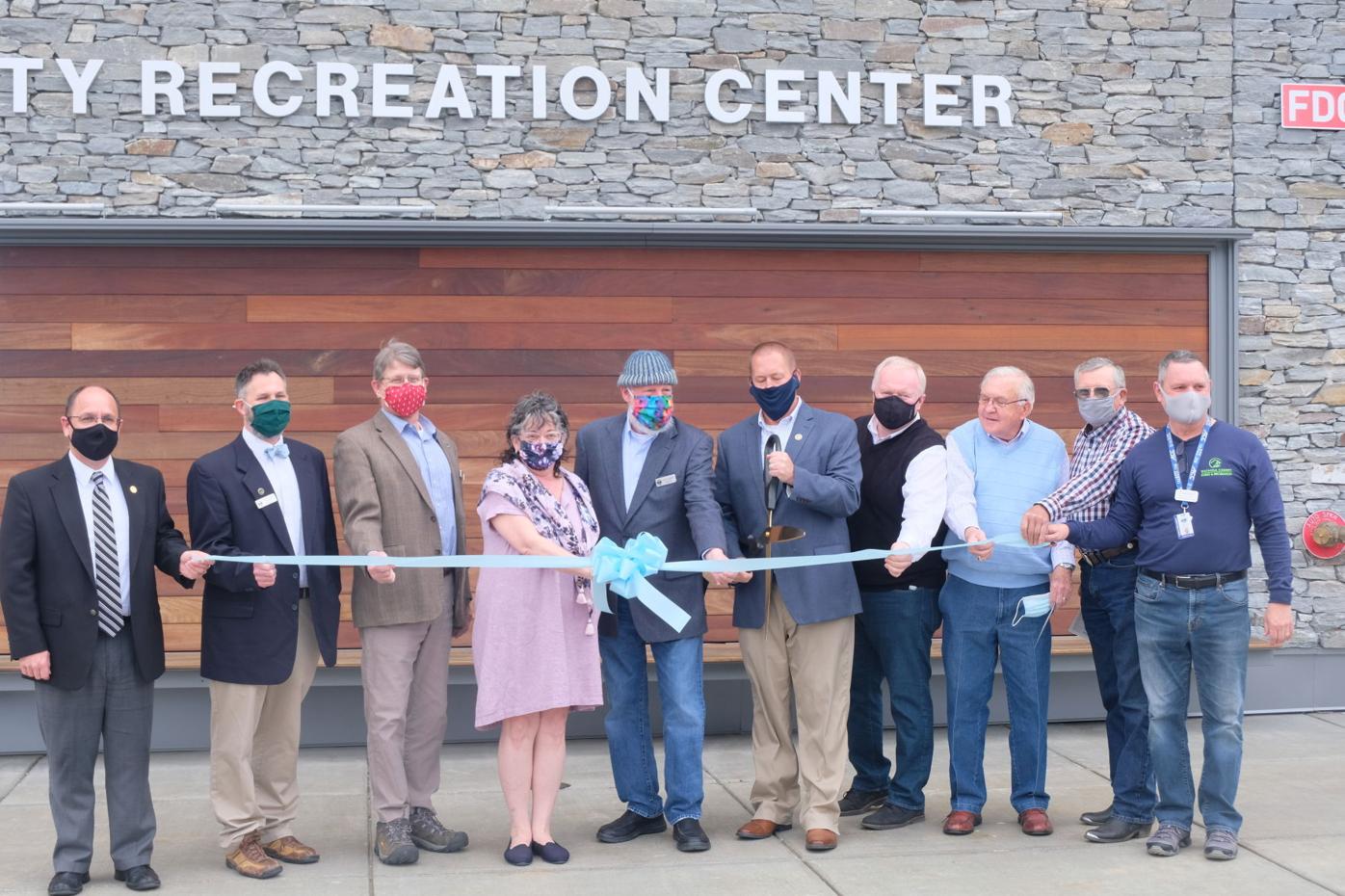 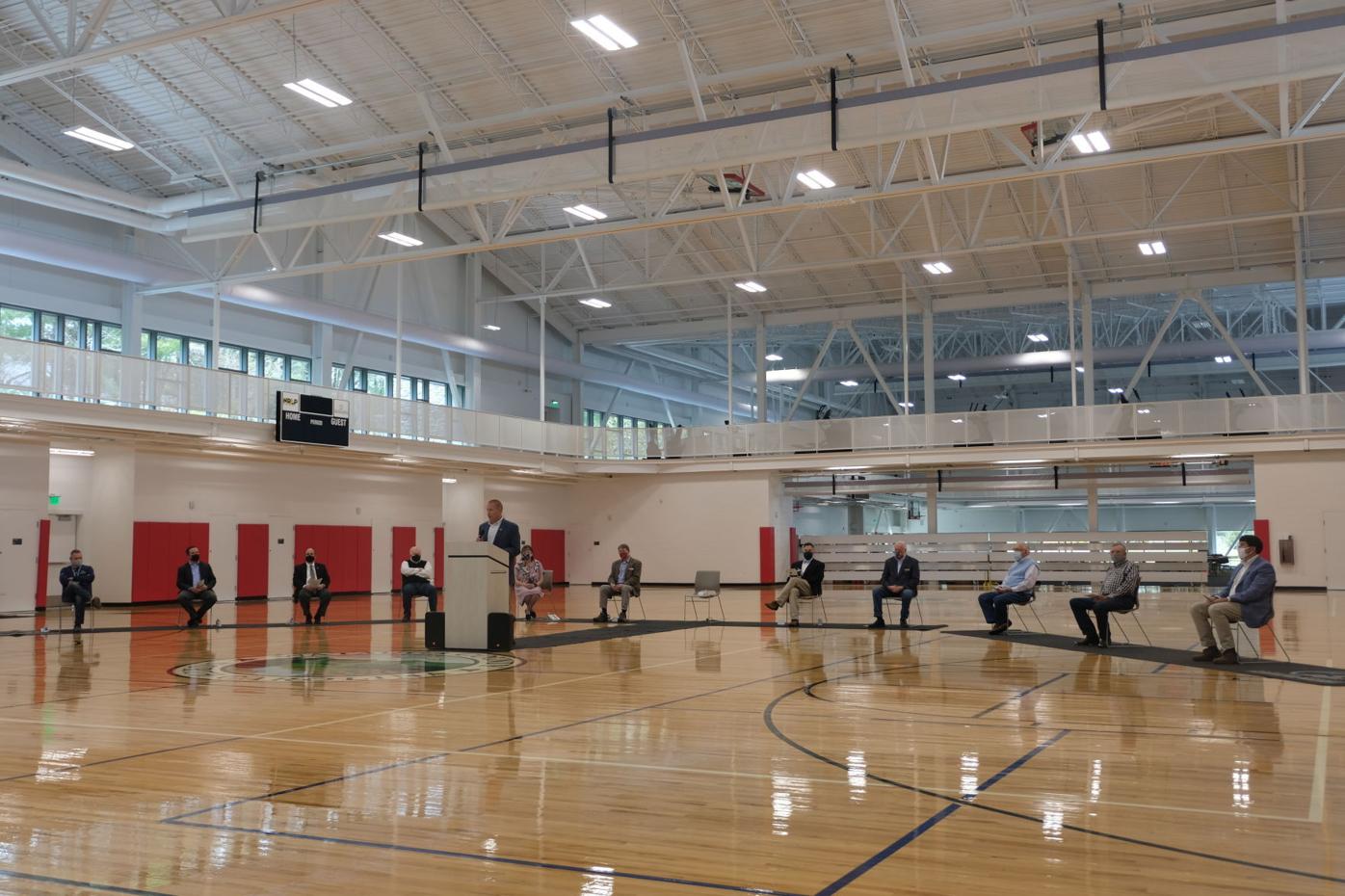 Watauga BOC Chairman John Welch speaks at the Rec Center ribbon cutting ceremony on April 23 on the center’s basketball courts. Welch was flanked by those involved with the center’s planning and construction. 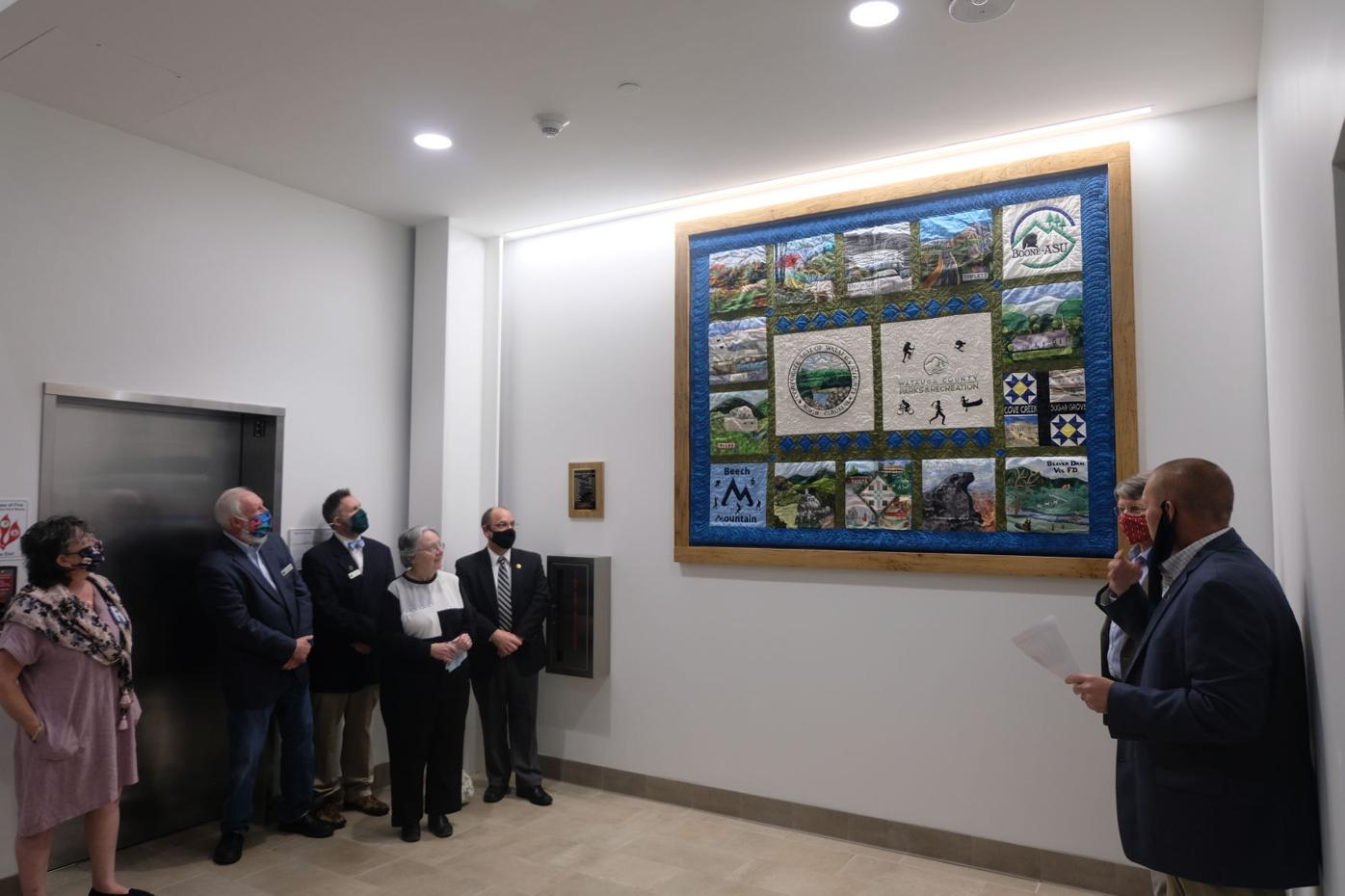 Unveiled at the Community Rec Center’s ribbon cutting ceremony on April 23 was a quilt featuring scenes from around the county. The quilt was made by the Mountain Laurel Quilt Guild, while Commissioner Billy Kennedy built the frame. 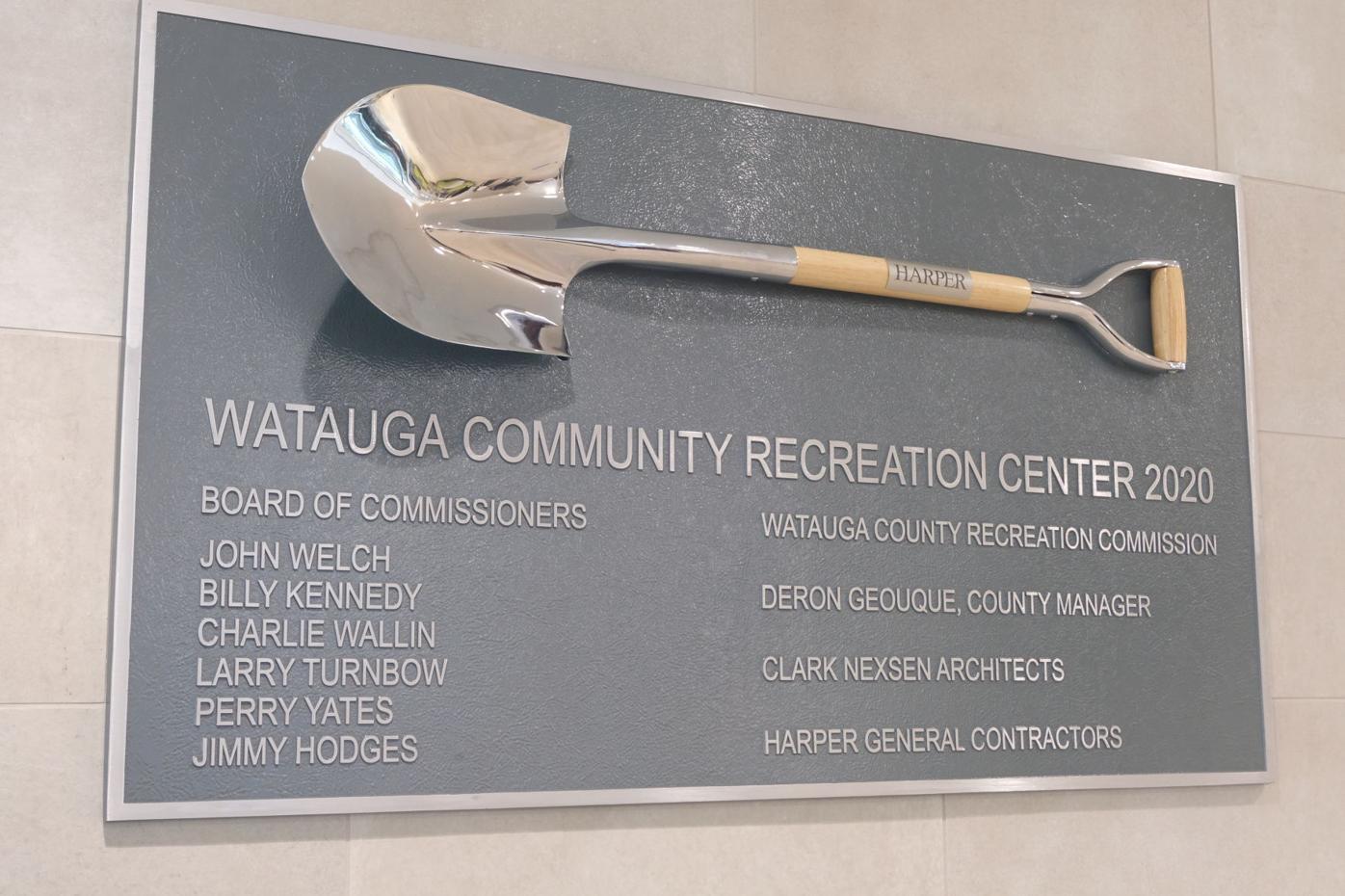 A plaque in the Watauga Community Recreation Center celebrates the building’s ground breaking ceremony in October 2018.

Watauga BOC Chairman John Welch speaks at the Rec Center ribbon cutting ceremony on April 23 on the center’s basketball courts. Welch was flanked by those involved with the center’s planning and construction.

Unveiled at the Community Rec Center’s ribbon cutting ceremony on April 23 was a quilt featuring scenes from around the county. The quilt was made by the Mountain Laurel Quilt Guild, while Commissioner Billy Kennedy built the frame.

A plaque in the Watauga Community Recreation Center celebrates the building’s ground breaking ceremony in October 2018.

After years of planning, construction and delays, a ribbon cutting ceremony at the Watauga Community Recreation Center signaled its long-awaited introduction to the community on Friday, April 23.

While the ceremony acted as a grand opening of sorts, the facility did not open to the public until 6 a.m. on Monday, April 26.

The recreation center will serve as not only an office for the Watauga County Parks and Recreation Department, but will also give access to a gym, basketball courts, pools and other recreational facilities.

Watauga County Board of Commissioners Chairman John Welch welcomed everyone to the event, which included state legislators, parks and recreation staff, families, former commissioners and those involved with the facility’s design and construction.

“We have gathered, quite distantly, to mark an unbelievable occasion,” Welch said. “An occasion that has been 30-to-40 years in the making and it’s just really exciting.”

Each commissioner spoke at the event, as did former commissioners Perry Yates and Jimmy Hodges.

“This is a really exciting day, everybody in Watauga County helped make this possible,” Commissioner Billy Kennedy said.

Watauga County Parks and Recreation Director Stephen Poulos thanked his staff while noting how much the building means to the department.

“Walking in here, it’s unbelievable,” Poulos said. “When you boil it all down, it’s for our community. This is a community center for everyone ... I truly appreciate all the staff and all of the hard work we’ve done. We are absolutely thrilled.”

Architect Chad Roberson of Clark Nexsen, who helped design the building, thanked the county and Watauga residents for the trust that was given to them with the project.

According to Herper General Contractors Vice-President of Operations Matt Johnson, the building has more than 800 tons of structural steel as its skeleton, with pools that contain more than 236,000 gallons of water.

“Sincerely, it has been a true joy,” Johnson said. “I do want to say that we have truly enjoyed working with (County Manager) Deron Geouque and Stephen Poulos, you guys are great at what you do.”

Unveiled alongside the ceremony was a commemoration plaque and a quilt celebrating the county.

Hanging on the wall next to the entrance, the plaque features one of the shovels used at the ground breaking ceremony in October 2018, and the names of the commissioners at the time, Geouque, Clark Nexsen, Harper General and the Watauga County Recreation Commission.

The quilt, which hangs near the stairs to the second floor, was created by the Mountain Laurel Quilt Guild and features scenes of local fire districts such as Foscoe and Vilas. Next to it hangs a plaque honoring the quilters who took part in the project, and Kennedy, who built the frame.

To sign up for a membership at the Watauga County Community Recreation Center, stop in at 231 Complex Drive or visit rec.watgov.org/wbwsc/webtrac.wsc/SPLASH.html?Interfaceparameter=WebTrac_1.